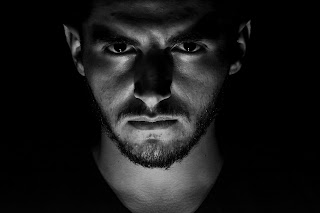 Last year, a certain Facebook friend wooed me. He told me he was in love with me and would love to marry me. I kept on declining while he remained persistent. He wasn’t my type; I wasn’t attracted to him in any way, even though he was quite good-looking and gainfully employed. Plus, I was in a relationship. I would have blocked him, but he was maturely insistent. So I thought it wasn’t a crime to ask a lady out.

To my utmost shock early this year, I saw his post and pictures, celebrating his three years wedding anniversary. I was like, ’’ OMG!!! Like seriously?’’ How could this ‘responsible’ gentle-looking young man do such evil? I blocked him immediately.
As if that was not enough, recently, a friend shared with me the story of another cool dude on Facebook who was asking her out. He professed his love to her and all that and they got quite close until my friend discovered through another person’s timeline that dude was married with kids. Jeez.
Who are the men you should be wary of on social media, Facebook especially? They are married men posing as single men on Facebook who slide into single women’s inbox to ask them out after befriending them by actively commenting on their posts.
So many ladies have shared their awful experiences of dating ‘single’ men only to find out that they were married.
I’m not against meeting and dating people via the social media. Young people spend most of their waking and even night hours on the internet. It’s natural to meet prospective spouses where people spend most of their time. People have met their spouses via SM and are enjoying their marriage. However, the social media offers an ample level of anonymity that projects people in a different way from who they are in real life. A married person can pose as a single person on Facebook as long as they don’t share their spouse’s pictures or any other information that gives away their marital status.
So ladies, be careful. When a man who is of marriageable age approaches you and nothing on his timeline indicates that he is married, your detective instincts should be piqued. You can make enquiries from people and even get a private investigator if you can afford it. Anything just to prevent yourself from being emotionally scammed.
And to men who do this evil, I don’t know what your problem is. Even if you want to do iranu (nonsense) do you know that some ladies will still agree to date you irrespective of your marital status? Talk about the Rescue Ladies (that’s my novel. You can get it on Amazon or contact me ‘Olubunmi Mabel’ on Facebook to have a soft copy).  Yeah yeah.
Guilty married men, stop this nonsense already. Single ladies, beware!

God should help and open the eyes of ladies of nowadays. ..Alot of people have fall victim of this devil married men pretending to be single...

I don't even give room to such, any inbox msg that I don't know the person, it's blocking straight

Na wa. Some men are just highly insane. It shows his true nature, he has and would always remain a cheater.