0 shares
After touring the three biggest bridal shops in the city of Ibadan, Jacqueline eventually got her perfect gown. Femi, in his unusual demeanour, patiently accompanied her to the shops.
“Excuse me,” Jacqueline said as she reached for her vibrating phone.
“Jacq,” the deep voice from the other end called.
She moved further when she recognized the owner of the voice. Mensah!
“You think you can leave me for another man and be free? You left me brokenhearted and you think I’d let you go? You must be kidding.”
She walked out of the shop. “Mensah, are you out of your senses? Is it by force? I left you because i couldn’t cope with your terrible attitude anymore. And why are you starting this all of a sudden? After six months, and at this time? Get off my….”
“If you dare hang up on me, you’d regret it,” Mensah threatened.
Jacqueline froze in fear.
“We are both Ghanaians, Jacq. We were good together. You left me because you met the son of a commissioner…”
“No!” she protested, “I left you because you didn’t respect me. You shout at me in public, and even threaten to raise your hand…”
“But I never hit you, Jacq. I never did. The last six months have been tortuous for me. I can’t do without you, babe. I’ll never let you go.”
“There’s nothing I can do about that. My wedding is in eight weeks.” She looked back to see Femi standing at the door with a questioning look. “I have to go,” she said.
“Don’t dare me, Jacq. You know what I can do.”
She knew. She knew what Mensah was capable of doing.
“What do you want from me?” she asked quickly.
“Meet me at home at 10am tomorrow. If you want your nude pictures scattered all over the internet, then don’t come.”
He hung up.
Jacqueline’s heart skipped many beats. Her legs became weak. She managed a smile as she walked back to the shop.
“Who was that?” Femi asked.
“Jamie. She asked if I’ve gotten my gown.” She struggled to keep her voice from quivering.
*************
Jacqueline swallowed hard as she stared at Mensah’s muscular body clad in a pair of boxers. That was one of his tricks. She knew it. If it was about looks, he had it all. He was into modelling before his bad attitude caused a strain in his relationship with his agent.
“So, I’m here. What is it?” she asked with a straight face, while struggling with the shivers that his familiar body caused within her.
He smirked and stood beside her. “See.” He showed her the five nude pictures she had once sent to him. “I also have them on my laptop, and even in my email. So, I mean business.”
Jacqueline felt a lump of fear rolled into her heart. Hot tears welled up in her eyes.
“Why are you doing this to me, Mensah, why? I had yours too, but I deleted them. I thought you said you loved me.”
He grinned. “I do, and that’s why I’m doing this. I can’t let you go, Jacq.” He lowered his mouth to kiss her, but she pulled away.
“I’m getting married in two months! What’s wrong with you?” Fury possessed her eyes.
“But I need you, Jacq.” He pulled her close to him.
She snapped and stepped farther. “Stop this! What’s your problem? I have to go, since you have nothing meaningful to say.”
“If you take any step further, you’re finished,” he threatened.
Jacqueline remained glued to her feet.
“Since you can’t give me what I want, then I don’t mind a bank transfer of half a million naira.”
“And where will I get such a ridiculous amount of money from?”
He laughed hysterically. “You’re getting married to the son of a commissioner. Five hundred thousand naira is nothing to him.”
Jacqueline fell to her knees. “Mensah please. I beg you in God’s name. Remember the love we shared….”
“Jacq, if I were you, I’d be on my way out to get the money. This is even more important than your wedding, because it’ll determine if the wedding would hold or not.”
“Mensah please….” Tears streamed down her face. 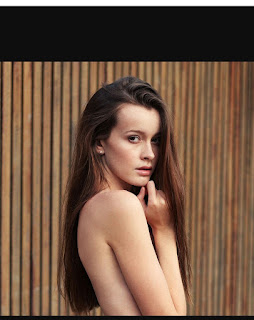 14 thoughts on “SHARING OF NUDES IN A RELATIONSHIP. YAY OR NAY?”