Your neighbors are supposed to be your friends and protectors.

Not necessarily friends but acquaintances.

They’re the people who will watch out for you when you’re away, remind you to take out the trash, or even lend you a cup of sugar.

But what about the neighbors who don’t like you?

You know—the ones who don’t say hello, glare at you from across the street, or constantly complain about noise or smell from your apartment.

If you are not on the same page with your neighbors, it can be tough to keep a positive relationship going.

If your neighbors aren’t particularly friendly, there’s a good chance they don’t like you.

And if they don’t like you, then it’s likely they will not be very nice to you.

It’s possible that they are just busy people who don’t have time to socialize, but if their behavior is consistent and their communication with you is always one-sided, chances are they don’t want anything more than a polite nod in passing.

You know that awkward moment when you are walking down the street, and you see someone you know, and you are not sure whether to acknowledge them or not?

Well, that might be how your neighbors feel about you.

They don’t acknowledge you except because they need something from you.

If it’s not a request for help moving furniture, then it’s a question about whether they can park in your driveway or if you can water their plants while they are away on holiday.

If your neighbors don’t talk to you much and only say hello when they need something from you, maybe they don’t think much of you.

#2 They call the police too often

If someone calls 911 over something as trivial as loud music or a barking dog, there’s probably more going on than they’re letting on—especially if they do it regularly and without reason.

This kind of behavior shows that they’re willing to resort to legal action when they can’t get what they want any other way—which isn’t exactly neighborly behavior.

It’s not uncommon for neighbors to occasionally have one complaint or the other, but if yours are always complaining about almost everything and are quick to call the cops on you, they don’t like you.

My friend once had a neighbor who always complained about the smell of her cooking.

Your neighbors are always peering through their windows or looking out their front door when you walk past them outside.

It feels as if they are watching your every move.

This may be paranoia on your part and maybe even projection, but it still makes you feel uncomfortable and self-conscious in front of them because you know they don’t have good intentions.

#4 They never invite you over for dinner or anything else 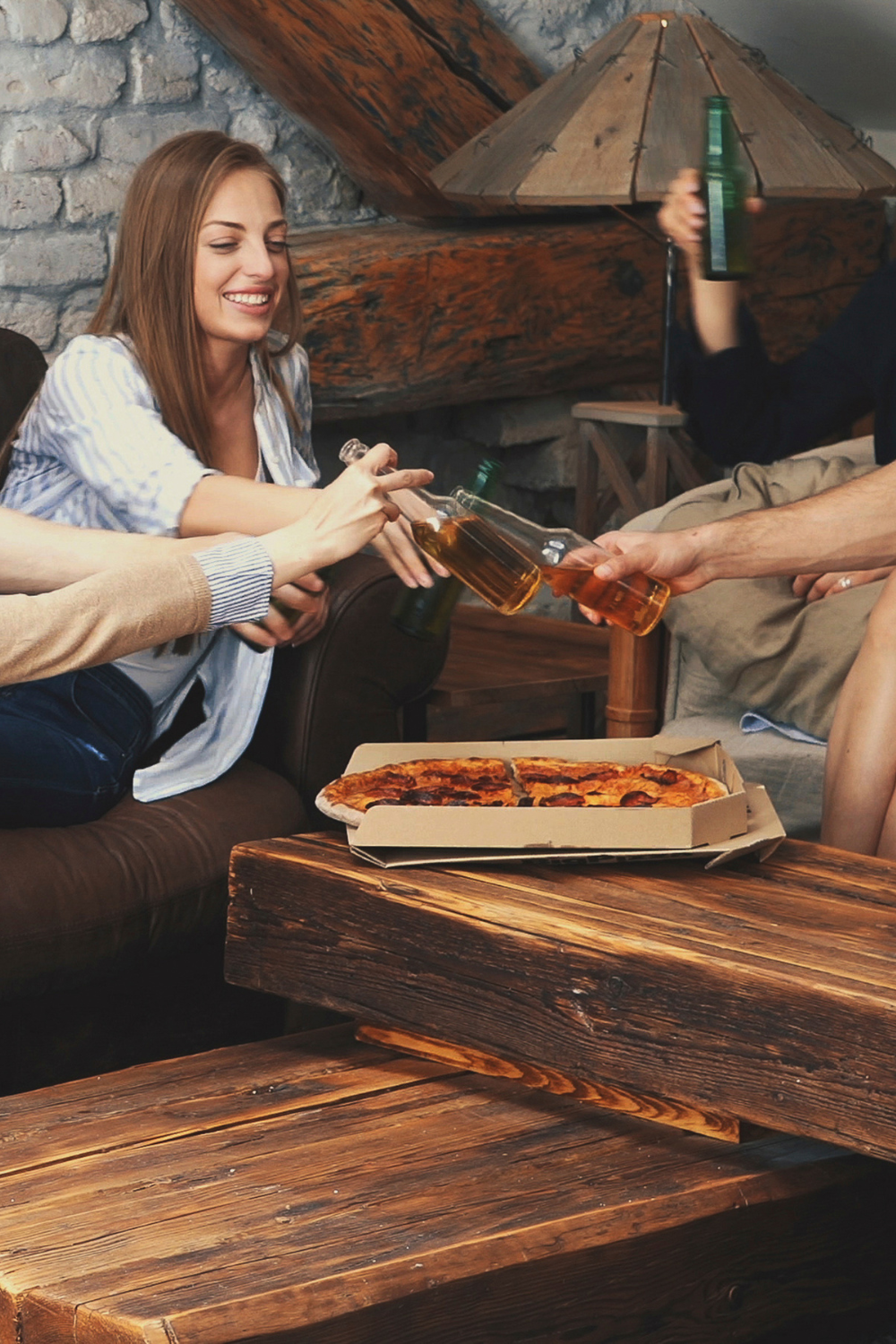 If your neighbor has never invited you over for dinner or a drink, they might not want anything to do with you.

If you’re a friendly person who likes to chat with your neighbors, their lack of interest could be annoying.

But if you’re more of a private person, then their aloofness may not bother you.

Although, as an introvert who is not the chatty type, I wouldn’t mind an occasional natter with my neighbors—just to acknowledge each other.

So if your neighbors never invite you over for dinner, drinks, or parties, it might mean that they don’t like hanging out with others in general — not just because they don’t like you.

However, if they have no problem inviting their other neighbors over for their events, they might have something against you.

#5 They never remember your name

Every time they see you, they call you by another name: a neighbor from years ago or someone else who lives nearby now.

They never remember your name or seem interested in getting to know you.

If your neighbors can’t even be bothered to learn your name, maybe they don’t care who you are.

Neighbors who want to get to know you will take the time to learn your name and will use it when they speak to you.

This is one of the most obvious ways to tell if someone is interested in getting closer or if they are just being polite because they feel like they should be.

#6 They have loud parties or play loud music every weekend 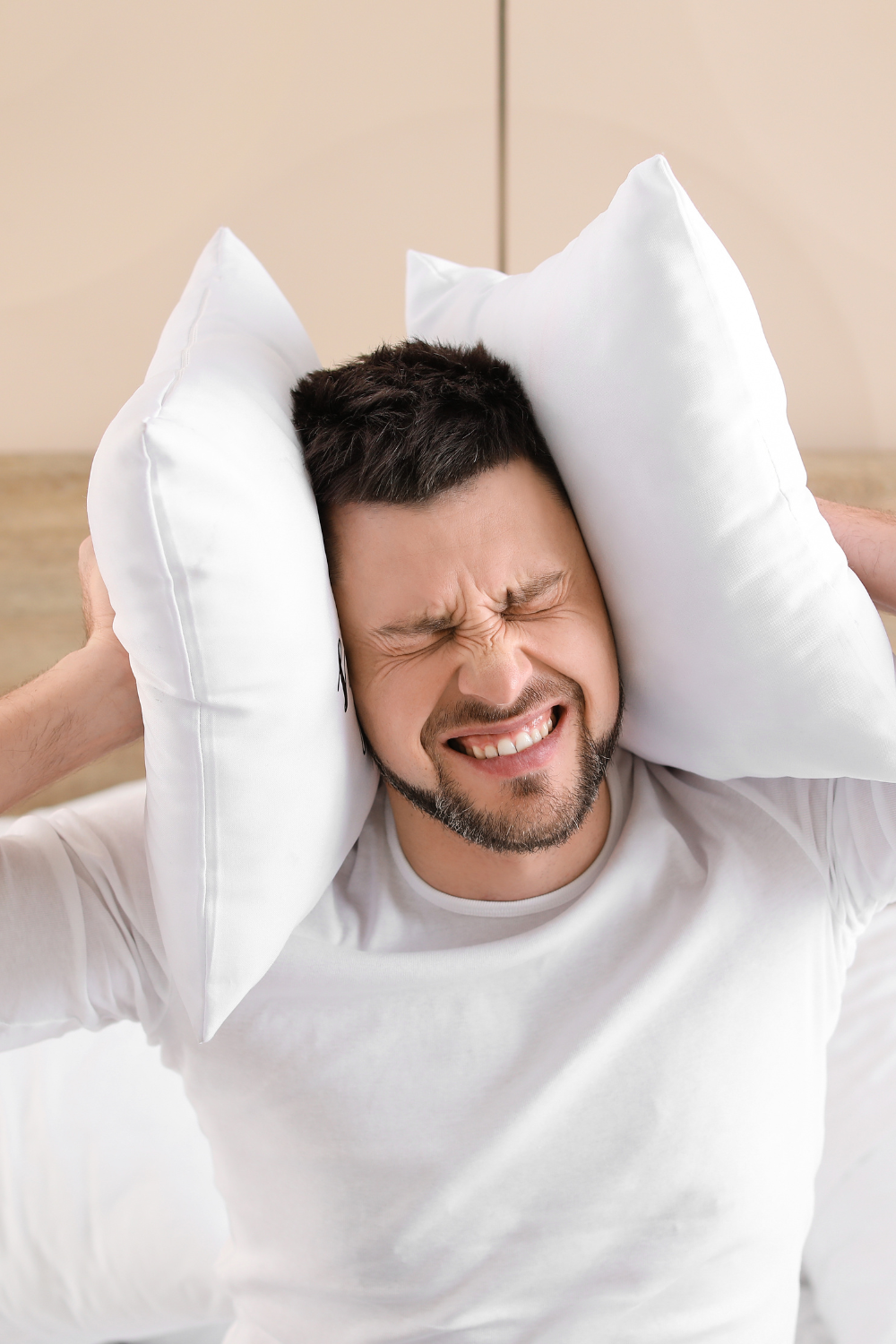 Neighbors who like each other will go out of their way to keep their partying down so as not to disturb others around them.

But if your neighbors have loud parties every weekend or frequently play loud music and never stop until late into the night, it could mean that they couldn’t be bothered about you being disturbed by their noise.

#7 They never answer their door when you’re knocking 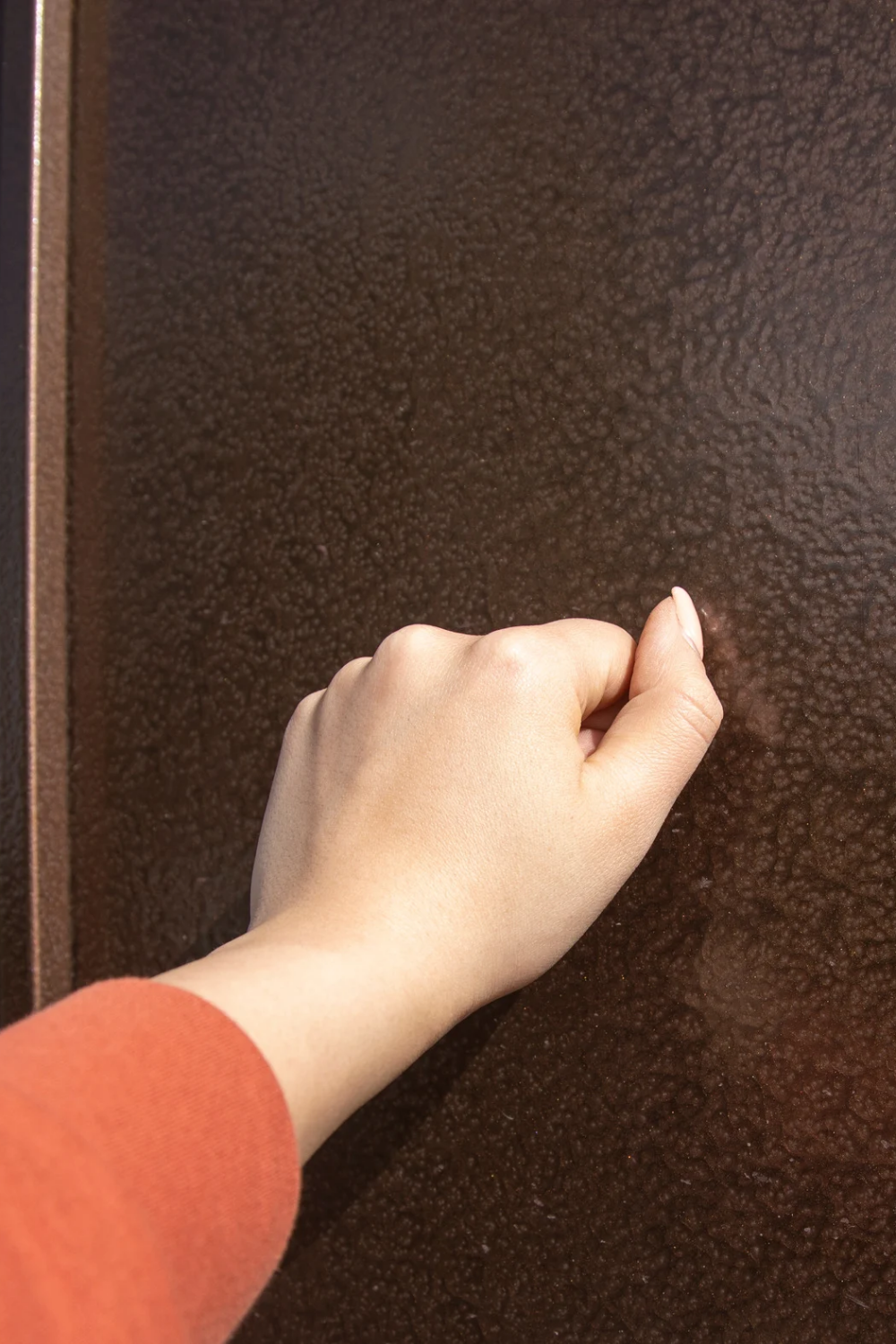 It might seem small, but if someone doesn’t want to talk to you, they probably don’t want any contact.

So if they never answer their door when you knock or buzz them, it’s probably because they don’t want anything to do with you.

#8 They ignore you completely when they see you outside

If they don’t acknowledge your presence, they probably aren’t interested in getting acquainted with you.

It could just be that they have a lot going on in their lives and don’t want to get involved with anyone else right now — but if it happens often enough, there’s more to it.

Because being neighbors means you’ll see each other frequently.

If they ignore you every time you meet, they don’t like you.

If your neighbors don’t like you, they will probably not tell you.

So they might be passive-aggressive and leave notes on your car or door instead of talking to you directly if they have issues with you or want to pass a message across.

By leaving you notes, they don’t have to talk to you, which means they’re not going to give you a chance to explain yourself.

#10 They make snide comments about your house or yard

People who don’t like their neighbors often focus on aspects of their property that they find annoying or unattractive because it makes them feel better about themselves.

These comments can be hurtful and insulting, but they also indicate how they feel about you.

#11 They use your things without permission

Your neighbors do things without your permission, such as parking in front of your driveway or using one of your lawn chairs.

If a neighbor constantly uses your things without seeking your permission, it may be because they don’t want a favor from you or feel entitled to your things.

They don’t like you anyway, so they just do what they want without asking you, maybe to get a rise out of you.

#12 Your neighbors gossip about you

If your neighbors are constantly talking behind you, likely, they aren’t too fond of you.

Gossiping is one of the easiest ways for people to make themselves feel better while telling others how horrible you are.

It can also indicate that they’re jealous or resentful of you.

#13 They decline your invitation

They never show up if you invite them over for anything.

They might not give reasons for their absence, or they come up with legitimate excuses.

Neighbors can be a great source of friendship and support, but they can also be a source of stress and conflict.

If your neighbors don’t like you, it’s natural to feel frustrated and angry.

But let me tell you a secret: Your neighbors don’t really matter much in life!

If you think about it, your neighbors are not your friends.

You don’t hang out with them.

You don’t go to dinner with them.

They don’t call you up on the phone and ask what you’re doing tonight.

In fact, unless you live in an apartment building, they probably don’t even know when you come and go.

If we spent all our time worrying about the people around us, we would never get anything done!

Sure, there will always be those who take it too far — such as stalking or harassing us— but sometimes, we just need to learn how to deal with difficult people when they arise.

The neighbors don’t matter because they’re not paying your bills or helping you when you need them most.

They’re not your best friends, and they don’t have to be. 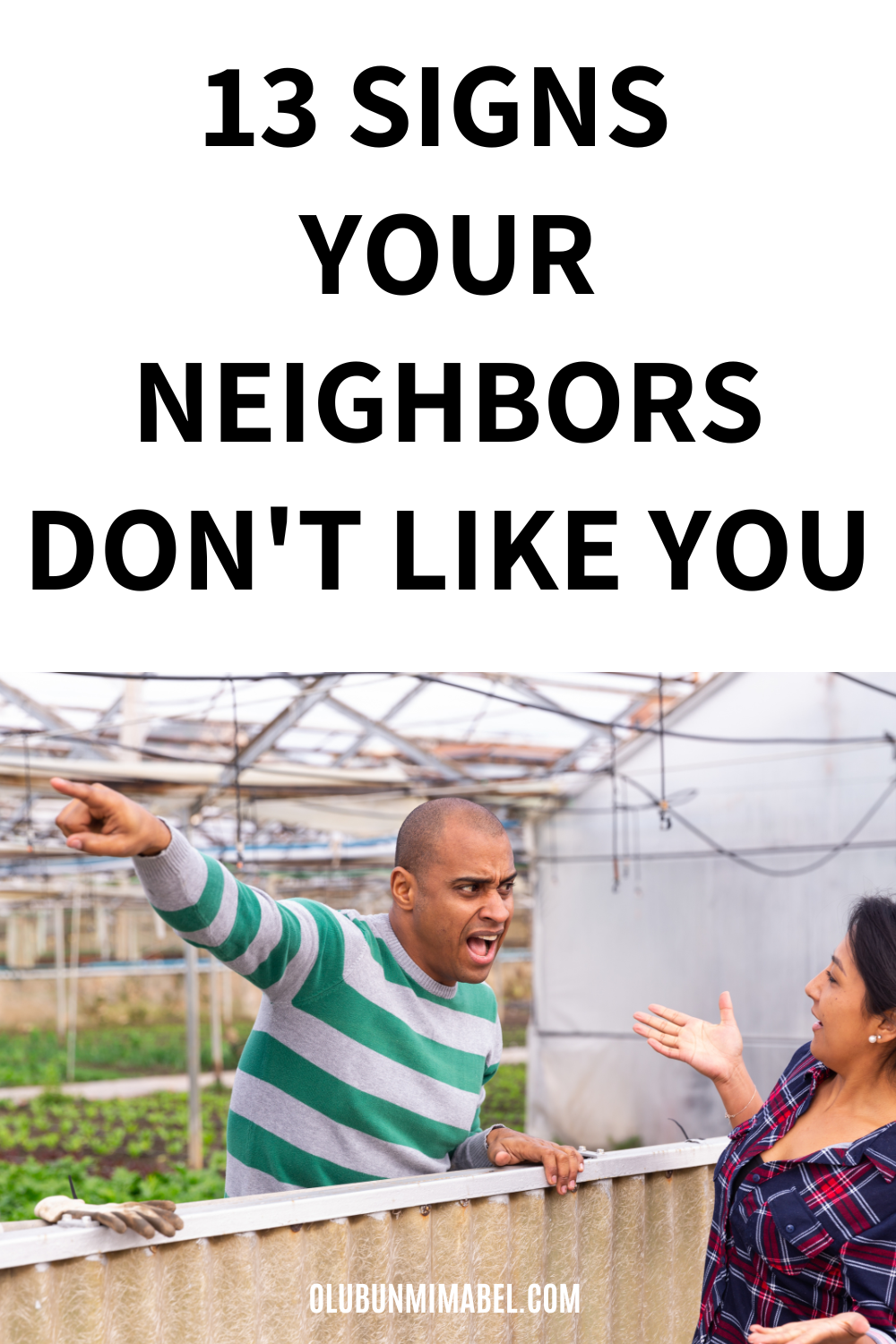