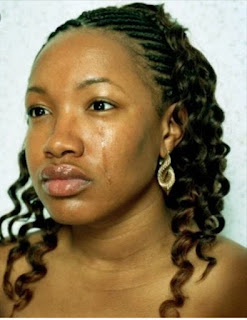 The days are gone when women had no business providing for the family. Back then, women took care of the home and waited for whatever the man came home with. Today, women work as much as the men, if not more than, breaking grounds and breaking through the glass ceiling. Some women who choose to be stay-at-home mums are not folding their hands as they engage in various online businesses, vocational skills, anything just to make their own money and support their husbands.
This wave is yet to be universal though, as some countries/cultures who are yet to kiss feminism believe that the purpose of a woman is to care for the man and raise children. Since financial dependence fosters patriarchy, men in such countries/cultures kick against the idea of women getting educated or working to make money. They know they can only exercise control over their women when they are financially dependent on them. Whoever controls your finances controls your life.
‘’When a woman is financially independent, she has the ability to live life on her own terms,’’ Priyanka Chopra.
‘’A woman’s best protection is a little money of her own,’’ Clare Boothe Luce.
Thanks for the awareness on feminine financial independence, which is  a great weapon for fighting subjugation against women.
However, while feminine financial independence is a must, some women can take this to the extreme in relationship/marriage. What do I mean?
Read the following true life experience of a woman (she shared it with me and also encouraged me to share so that others can learn):
‘’My greatest mistake was being a superwoman which ended up yielding a man who relaxed in his role as I was always-
quick to pick up bills
quick to replace stuff at home
quick to pick up responsibilities for the kids
quick to provide money for the man’s international trips when I barely had a passport
quick to be the man through it all.
Yet, to him, I never did enough.
What happened at the end of the day?
The whole thing crumbled and left me on ground zero. We went our separate ways, and God remained and remains faithful…..’’
Her story so touched me. When I told her I’ve been meaning to write on how being a superwoman can become a woman’s undoing, she said she was a living testimony to whatever I was going to write about.
Interestingly, some other women shared similar stories with me.
You see, while it’s good to show a man that you are financially independent and also share the burden of providing for the family with your man, it’s important to apply wisdom.
Why?
SOME men are lazy, and some have the tendency to be laid-back, so when you act the superwoman, and you shoulder ALL the responsibilities of the house or even in a relationship, then you help him to relax and utilise his ‘potential’.
Some are not even lazy but stingy and would rather spend their money on other things or even make some personal investments while you use your own money to cater to the family. Smartness, right?
A real man will not do such things, but because this is not the case with every man, then you need to understand your man and deal with him accordingly. If he is the laid-back type, don’t encourage him by catering to his every whim. If he’s jobless, provide the basic stuff and leave out luxuries, e.g. vacation, unnecessary car purchase, shopping etc.
Don’t spend all your money providing, save and invest too. Be a co-provider. Don’t always be forward to settle the bills because you have the money. A lazy man and a stingy man will get used to it. A temporarily jobless good man will appreciate it.
Be a superwoman with wisdom!
If you run a joint account, I guess this doesn’t apply to you.
This article isn’t encouraging women to be stingy with their resources but to be smart and not be used by lazy, stingy, ungrateful and manipulating partners, who are comfortable with their women being the sole providers of the home, especially when the women are creaking under such burden. I don’t think there is any woman who enjoys being the sole provider in a relationship/marriage. Is there?
In conclusion, understand the kind of man you have and deal with him accordingly. This is 2017, guys are not smiling. LOL.
Let me know what you think in the comment section.

Be a superwoman with sense??

'Whoever controls your finances, controls your life...' That got me. Wisdom is indeed profitable to direct especially in marriage. Do everything with sound wisdom and discretion.

'Whoever controls your finances, controls your life...' That got me. Wisdom is indeed profitable to direct. Do everything with wisdom and in moderation.

Women should just be wise. Shouldering responsibility shouldn't be sole duty of the woman in a marriage. I, Adedoyin won't even date a lazy man not to talk of marrying me. And to say most of these men would rather go out there to spend the money on other women or personal investment or even use their money to build family house for their mum while they couldn't pay the house rent where they live with their wives and children.

Mabel really this is my worse fear. I am way too independent though not married yet, I can't just sit back and let things go unattended to I am just too quick to fix things, that's who I am - mother hen attitude - which I am sick of but can't help it. I don't want to take this to my marriage. Please share practical ways. Thanks.