Whether you have been sexually active before or you haven’t had s*x, you have the right to decide if you want to have s*x or not at any point in time.

Considering it is your body, you should decide when you want to share it and you shouldn’t feel ashamed to voice out your unwillingness to have s*x.

Even though s*x has become one of the cheapest things on the street today, it’s still a big deal to those who consider it special and wouldn’t want to experience it with just anyone and anyhow.

S*x should only happen when you are ready and willing but sometimes, communicating this might be difficult. You are in a relationship and it isn’t a stretch to say that you are in love with your partner.

So, it is normal that you will not want to hurt him with your rejection. So what do you say to make sure this doesn’t happen? What are the best things to say when he wants to have sex in a relationship but you are not ready?

In the first place, it is important to be honest. You shouldn’t be in a relationship with someone with whom you are afraid to express yourself, so tell him the truth.

Don’t try to show your unwillingness through actions, it is very unlikely that he will get the picture if it is not clearly spelt out to him.

Another thing you should note is that there is a high chance that he will want to persuade you. But your no has to be your no.

The reason you shouldn’t give in to pressure is that you might regret your decision after the act.

That is why you should only have s*x when you are sure that is what you want.

If he tries to plead with you, make it clear that is what is best for you but if he threatens you or blackmails you, it is obvious your relationship needs re-evaluation.

Again, remember to set boundaries and not give mixed signals. It is unfair to play games in a relationship. 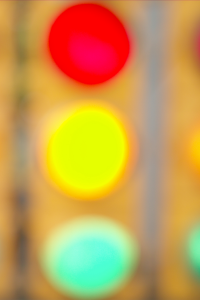 If you are saying no, make sure it is because it is a decision you have made for yourself and not because you expect him to pressure you to say yes.

Some women even go as far as calling guys sissies because they took their no seriously; it is unfair and toxic. Let your no be no and your yes be yes.

1. Say No Without Being Judgemental

The first thing to say when he wants s*x in a relationship but you are not ready is no.

According to a popular saying, no is a complete sentence; what this means is that saying no is explicit enough and doesn’t need further clarification.

In certain instances and with certain people, this applies but in a relationship, you need to put your partner’s feelings into consideration.

I don’t think anybody likes rejection; rejection makes you feel unworthy and can even affect your self-esteem.

So judging him when/after saying no is like beating someone that is already down.

Don’t judge him; desire for s*x is perfectly normal and your partner should be sexually attracted to you, alongside being in love with you.

An example of what you can say is “I’m sorry, love, but I will have to say no. I am not ready to have s*x yet/at this time/today/presently.”

2. Reiterate Your Love For Him 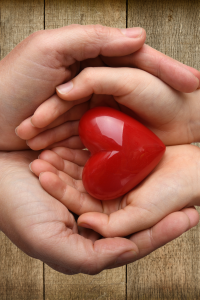 Like I mentioned earlier, nobody likes being rejected and so, at that point of your rejection, your partner’s feelings and ego have taken a beating.

You might think it is extreme but it isn’t; he might think you don’t love him any longer or you are no longer attracted to him. That is why whatever you say, during this period, is very important.

You have to be sensitive to his feeling and let him understand how much you care about him. This is a good time to affirm him even if words of affirmation are not his love language.

Let him know how much you love and care about him. Let him know that you are still attracted to him. You can say things like:

“I want to assure you that I love you very much and I am tempted to say yes to make you happy but I know if I do that, I will end up regretting my decision, which will have a toll on our relationship.”

“I love you so much and I appreciate your patience. Best believe I am really tempted to have s*x with you because I am attracted to you. I am simply saying no because I want to be in the best state of mind before having s*x.”

The reason doesn’t have to be any of the listed; you can replace them with your own reason(s).

3. Say What You Are Comfortable Doing

Whatever it is you are comfortable doing, your desire is valid. If your partner doesn’t understand it, then he is probably not the one for you.

Communicate what you are comfortable doing to him so he knows what you are down for and what you are saying a complete no to. For instance, you can say one of these;

“I am sorry but I am not ready for penetrative s*x right now but if you are comfortable with foreplay, I am down.”

“I am only down for kissing right now, I really understand your desire to go further but I am not ready for anything other than kissing.”

“I love how attracted you are to me because I am also attracted to you but I am not comfortable doing anything beyond holding of hands.”

Remember to be honest but polite.

Read: 13 Signs Your Partner is LYING to You

4. Talk About Your Expectations

I do not subscribe to using s*x to make ultimatums, some women withhold s*x from their men because they want him to marry them and they tell the men they won’t have s*x until they are given a ring.

The problem with that is he might not propose because he has decided you are the woman of his dreams but because he wants to have s*x.

Whatever it is, you should let him know your expectations. You can say;

“I decided to wait until marriage to have s*x and I will really like to stick by it.”

“I will prefer that we don’t let s*x interfere now so we are not clouded by it. I want us to get to know each other better before putting sex in the mix.”

Note that he might not agree with this. If he is willing to have a conversation, do it but if he is not willing to, you shouldn’t be afraid to leave the relationship. There is someone for you who will respect your decision to wait.

Read: How to Look Beautiful and Physically Attractive

5. Be Honest About Why You Aren’t Ready

Considering you are in a relationship, it is not only about you; you have to put your partner into consideration.

Tell him why you are not ready; is it because you are celibate now? You don’t feel like you know him well enough?

Be honest about it, so all the cards are laid on the table.

You can start by saying; “I love you and I want to make this relationship work but I am not ready to have s*x because …”

In conclusion, I want to reiterate that you have nothing to be ashamed of, so you don’t have to be defensive. Whatever reason you are not ready for s*x is valid as far as you are not playing games.