What are signs she cheated in the past?

For many people, the discovery of a previous affair is a deal breaker.

If a woman has cheated in the past, there’s no reason to think she won’t do it again.

But there are also plenty of reasons why someone might cheat once and never do it again.

The cheating might just be a one-time thing that won’t happen again.

She may have learned her lesson after the first time and vowed never to do it again.

She may simply regret what happened and wants to be faithful for the rest of her life.

If you’re wondering if a woman has cheated in the past, here are some signs to look for:

10 Signs She Cheated in The Past

1. She doesn’t want to talk about her ex(es) 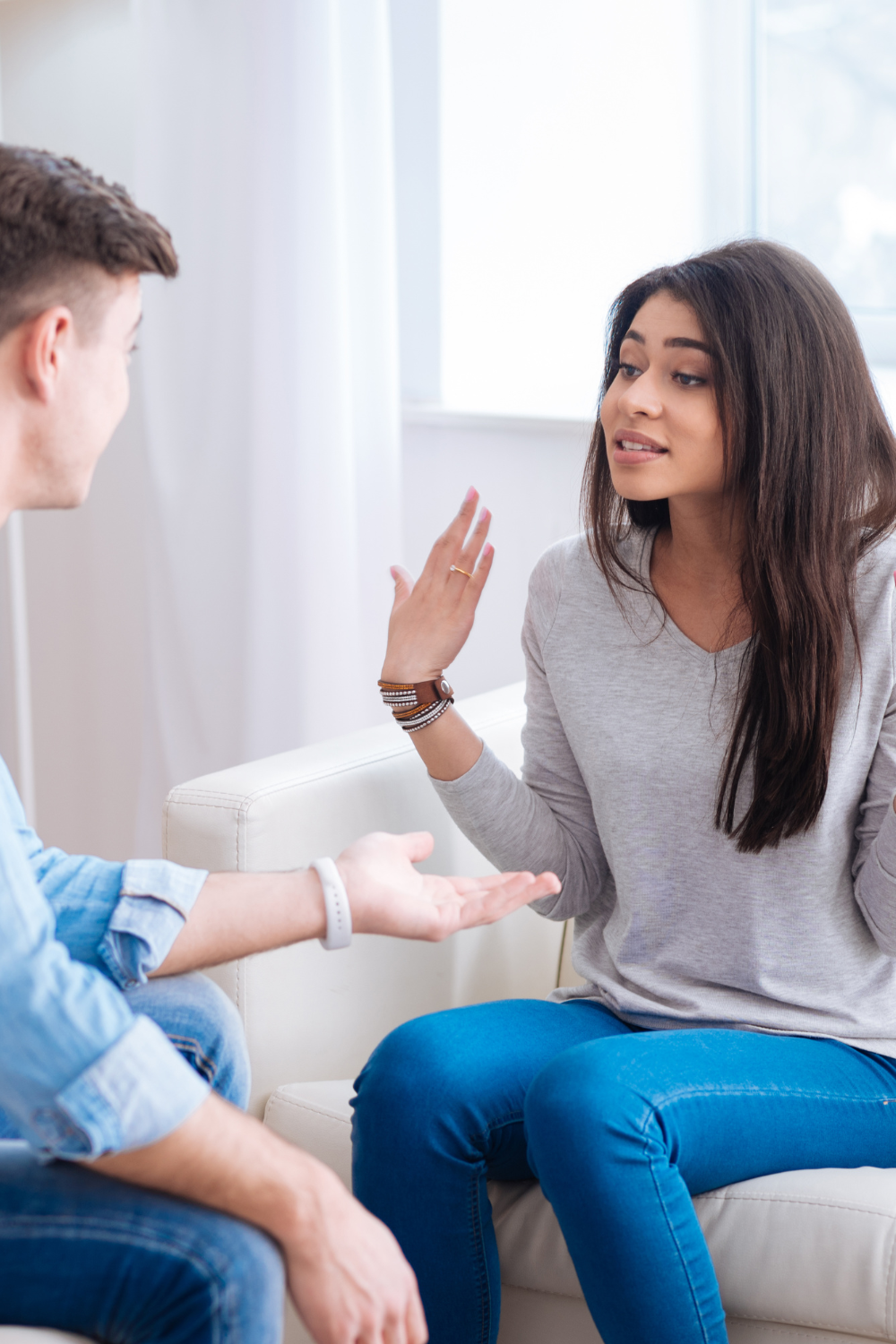 If she refuses to answer questions about her past relationships or gets defensive when you ask about them, there may be something she’s hiding from you.

While everybody has their reasons for not wanting to talk about their exes, if yours is particularly reluctant or seems guilty when talking about them, it could mean something fishy is going on under the surface.

2. She’s vague about her dating history

When you ask her how many people she’s dated, she gives you a vague answer like, “Oh, a few” or “I don’t know, I lost count.”

When pressed for details, she changes the subject or gets evasive.

This could be a sign that she’s not being entirely truthful about her dating history and is hiding something from you.

3. She keeps her laptops and phones password-protected at all times 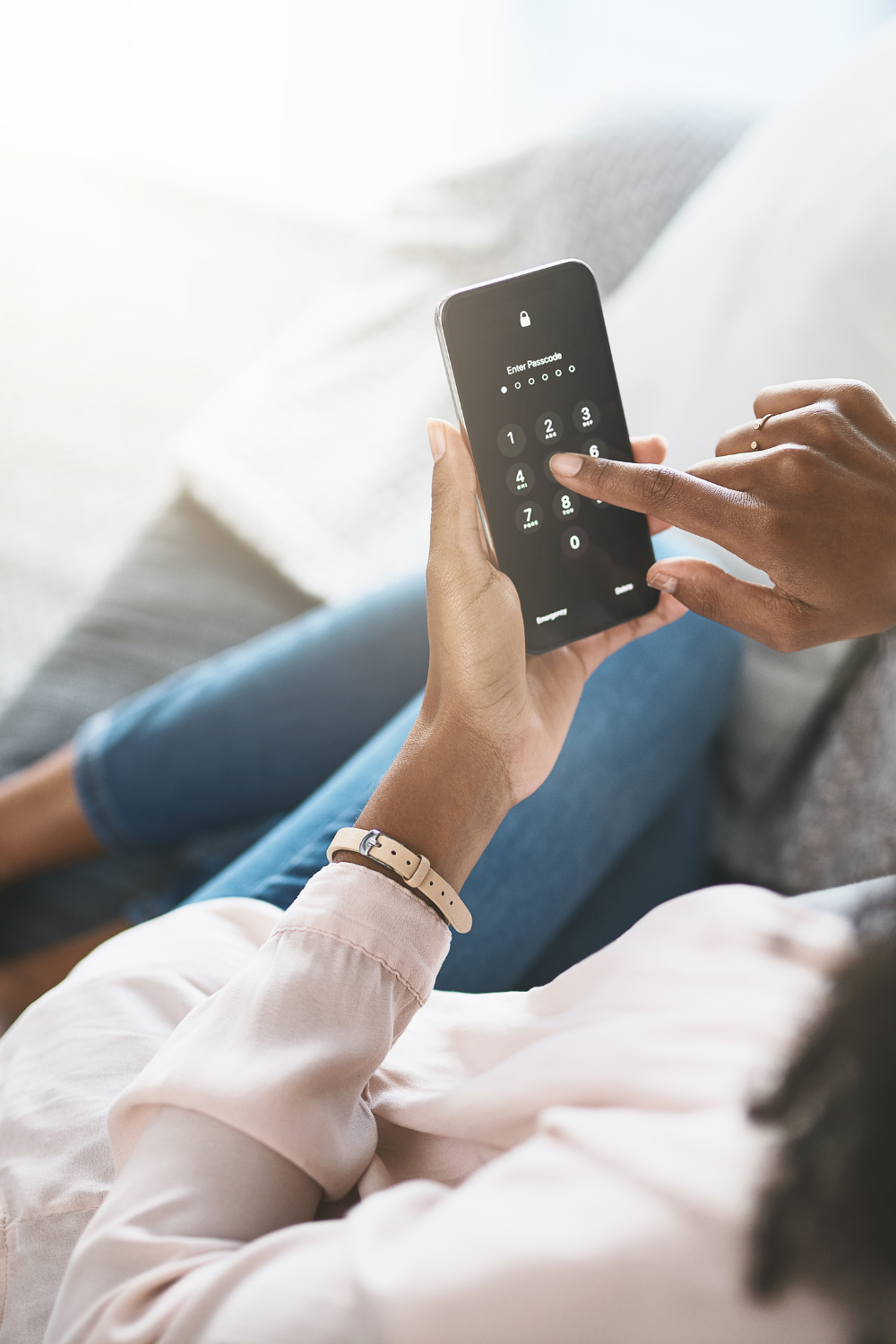 This one’s a bit of a red flag.

It could just mean she’s privacy-conscious and doesn’t want anyone snooping through her stuff.

But it could also be a sign that she’s hiding something from you and doesn’t want you to see what’s on her devices.

After all, if she had cheated before, she wouldn’t want you to find out about it.

So, if she suddenly starts keeping her devices locked down, it might be cause for concern.

Again, it could also just be a coincidence.

But it’s worth keeping an eye on.

4. She has a really weird definition of cheating

If a woman has a really weird definition of cheating, she might have cheated before.

She doesn’t think it’s cheating if you make out with someone else, as long as you don’t have sex with them.

She doesn’t think it’s cheating to send naked pictures to someone, as long as you don’t physically touch them.

She doesn’t think it’s cheating to talk to someone else about your relationship problems, as long as you don’t meet up with them in person.

In her mind, cheating is only physical; anything else is harmless fun.

But in reality, cheating is much more than just physical.

It’s emotional and mental too.

She twists the definition of cheating to make herself feel better about what she has done in the past.

But if you’re not okay with it, then it’s still cheating.

If she never uses the word “cheated,” it might be because she’s done it herself.

She might refer to it as “a mistake” or “something that happened,” but she’ll avoid using the word cheat.

This is because she knows how hurtful and damaging it can be, and she doesn’t want to think of herself as a cheater.

6. Her eyes dilate when she sees someone else attractive 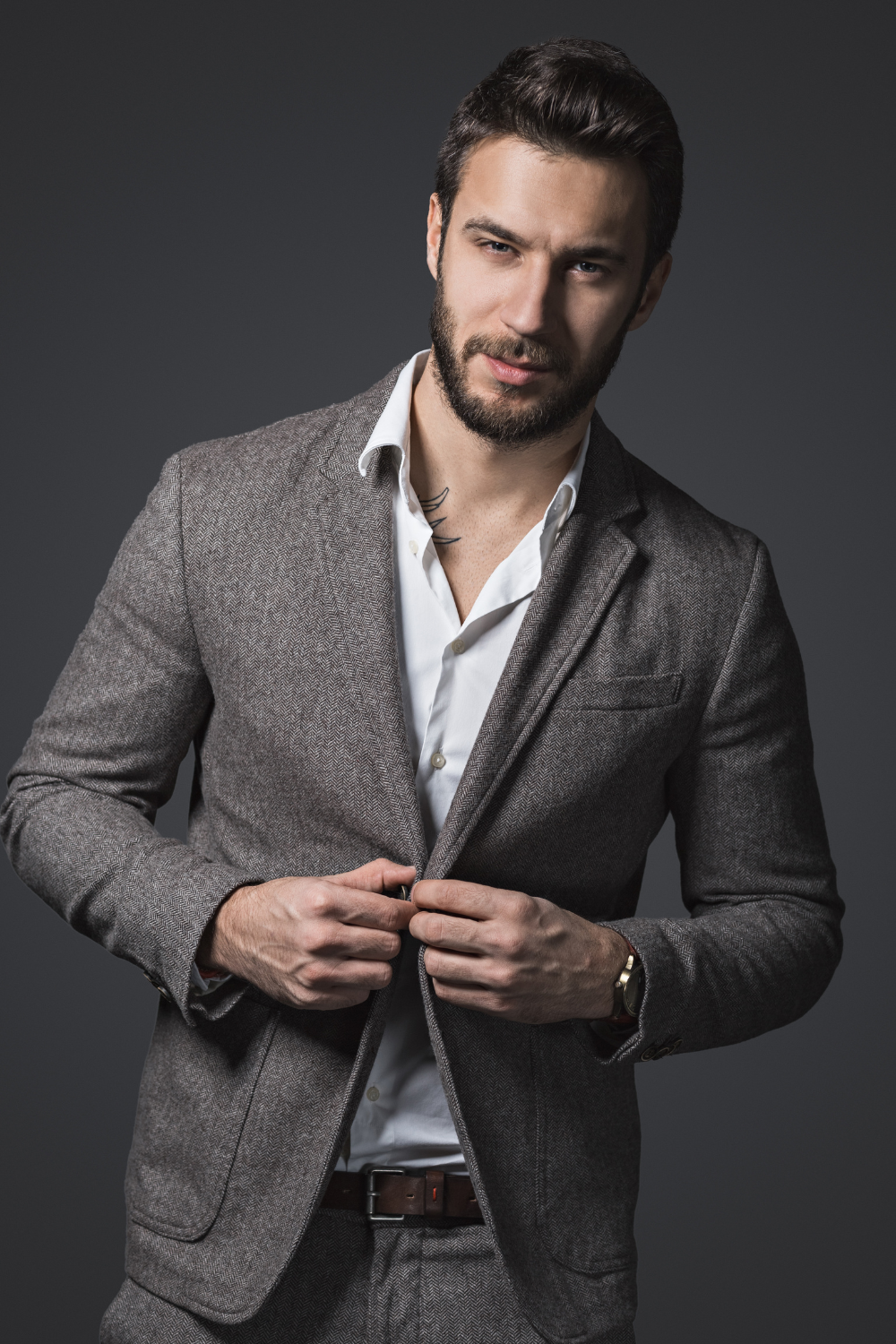 This is one subtle but telling clue you can look for.

Of course, there could be other explanations for why her eyes dilate in this situation.

Maybe she’s just excited to see an attractive person or nervous about being caught looking at someone else.

But more often than not, if a woman’s eyes dilate when she sees a hot guy, it’s because she’s picturing him naked.

7. She constantly talks about someone she used to date and makes comparisons between that person and you

If she’s constantly talking about someone she used to date and comparing that person with you, it’s a sure sign she’s still not over him.

It could also be that she’s looking for something you don’t have or can’t give her.

After all, why would she need to make comparisons unless she was still thinking about him?

Of course, there could be other reasons she’s comparing you with someone she has dated.

Maybe she’s just trying to make you jealous or get attention.

But if she’s constantly comparing you to a previous partner, it’s something to be concerned about.

8. She has a lot of single friends, especially guys

This one is kind of a no-brainer.

If she has a lot of single friends, especially guys, she might have slept with one or some of them.

Now, this doesn’t mean that every woman who has guy friends is automatically cheating on you.

It could just be that she’s social and enjoys having many friends.

One of the signs she cheated in the past is that she always keeps her phone super close.

Like, close enough that she could see if it buzzed or anything.

It’s like she’s afraid someone will call or text her, and she’ll miss it.

Or, more likely, she doesn’t want anyone to see what’s on her phone.

Because if she has cheated in the past, there would be a lot of incriminating evidence on there.

So, if you notice she is very protective of their phone, it might be a sign that she’s hiding something.

10. She picks fights to distract you from her cheating 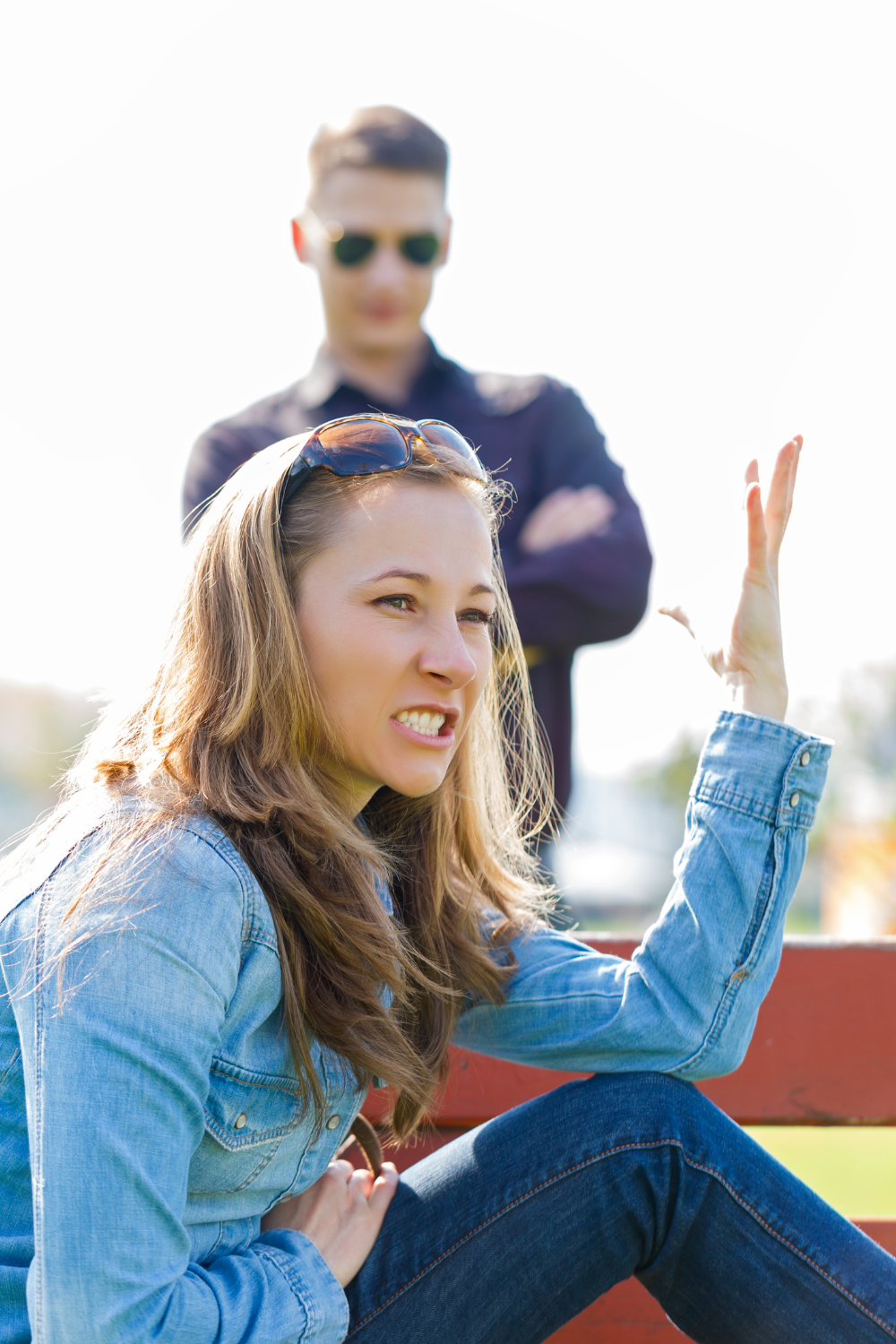 What better way to distract you from her infidelity than picking a fight?

If she’s suddenly starting arguments for no reason, it’s worth considering that she might be trying to deflect your attention from something.

Of course, it could also be that she’s volatile.

But if she’s never been this combative, she might have something to hide.

It’s not good to assume a woman cheated in the past, especially if your relationship or marriage is going great.

While these are signs that she may have cheated in the past, they are not foolproof, and it’s best not to make any assumptions.

If you have doubts or suspicions, calmly ask her about them and give her a chance to explain.

Trust is an important part of any relationship, so it’s essential to communicate openly and honestly with each other instead of jumping to conclusions or looking for signs to fuel your suspicions. 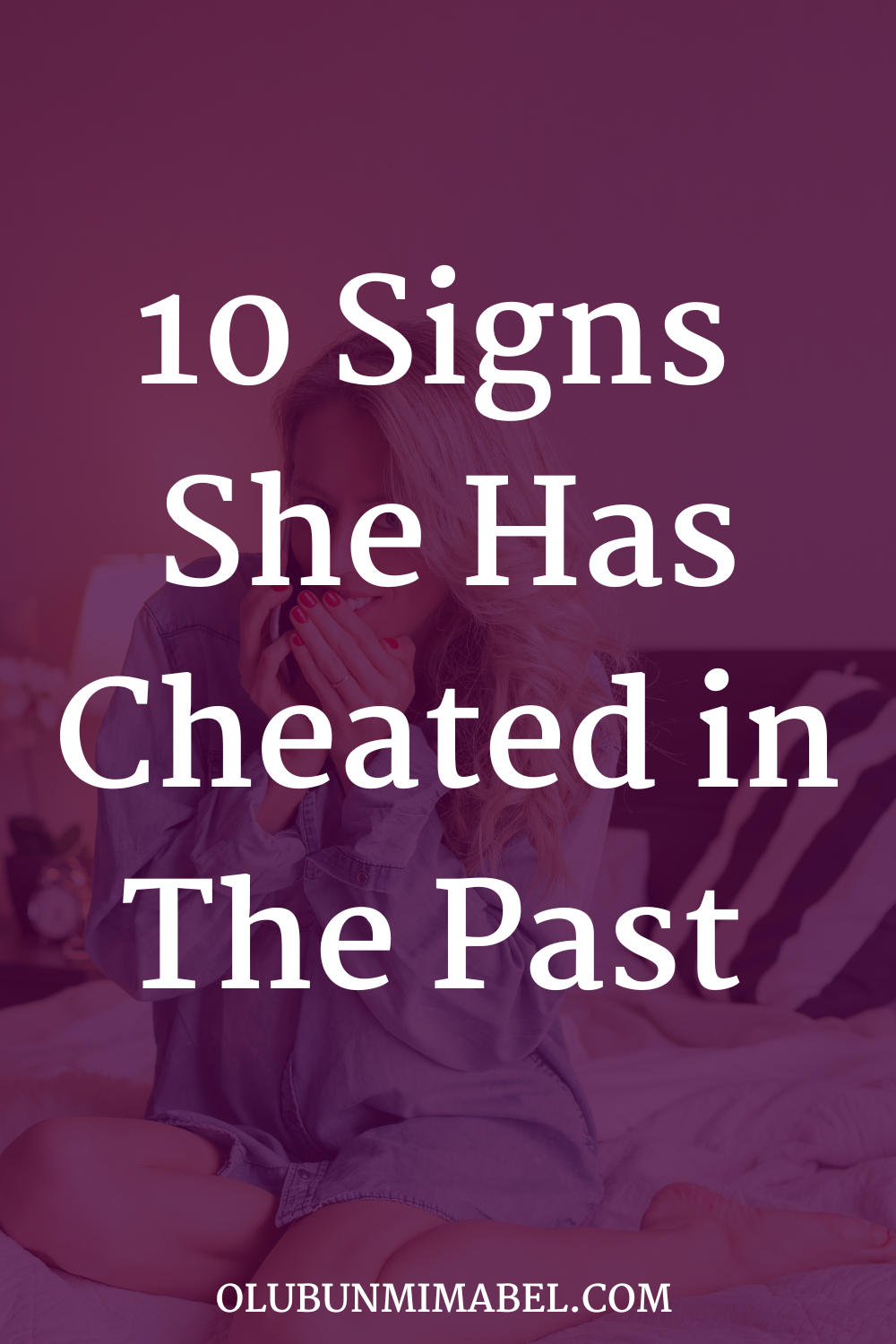