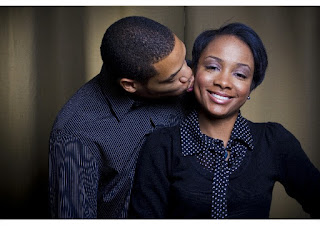 ‘’Marriages are failing today because women don’t know their place in the home anymore,’’ the preacher’s voice echoed in the auditorium on Sunday morning.
Funke sighed. Dave, her husband of three weeks, seated beside her, glanced at her. It was her first time in his church.
The preacher continued, ‘’The so-called women empowerment movement is the devil’s strategy to encourage insubordination of women to their husbands. Women now think they are equal with men and they vacate their husbands’ houses at any slight provocation. On no account should a woman leave her husband’s house. Even if your husband beats you, hang in there and pray for him like our mothers did. Hang in there I say! Fight for your marriage. A wise woman builds her home.’’
Funke took a cursory look at the congregation. Everyone looked normal. She stood up and walked briskly to the podium.
‘’I have a question,’’ she shouted.
The preacher, who had stopped talking, gave her the microphone more out of amusement than anger.
‘’If your daughter becomes her husband’s punching bag, what would you advise her?’’ She returned the microphone.
The preacher snickered. ‘’I have four sons. I don’t have a daughter who would suffer such.’’
Funke grabbed the microphone from him. ‘’Women, there you have it. If you know what is good for you, you know what to do after I drop this microphone.’’ She dropped the microphone on the pulpit, ignored the eyes that feasted on her, and walked out of the church.
The women followed suit one after the other until the church was emptied of its women.
Funke waited for Dave by the car, expecting their first major marital quarrel. He joined her ten minutes later, embraced her, and whispered into her ear, ‘’I’m proud of you.’’

This is great, I hate it when women are been rubbished in our society all in the name of the man been the head of the house, what is the head without the neck

In the name of Christ, so many have been fed bullshit.

Dear mentors and spiritual leaders, learning and gaining knowledge academically is not a sin. Learn and let learn.??