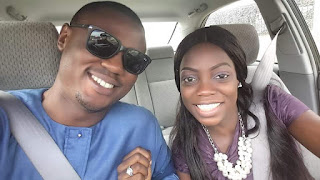 Omobolanle, a quantity surveyor, is married to Temitope, a management consultant, and i call them ‘power couple’. Find out why in their interview:
How long have you been married?
Temitope: Less than a year, about five months.
Omobolanle: 5 months, one week.

Awwwww....I love this couple as wellwell done Mabel, you're amazing!

Beautiful couple with an inspiring story

Enter your comment...wow. I love this

BTW, I love the realness of all the couples that have been interviewed. To love and to hold is a segment I can't afford to miss. Go Mabel!