Are you in the group of women who are the team “embarrassed by my husband’s looks”?

This piece is aimed at addressing the issues surrounding why you are feeling embarrassed by your husband’s looks.

One outstanding thing you should always bear in mind about marriage is that things usually don’t turn out the way you plan.

Sometimes, all of the things that endeared and attracted you to your husband in the first place and made you fall in love with him can end up being some of the things that will irritate you the most after both of you have been married for some time.

Are there signs that you have joined the team “embarrassed by my husband’s looks”?

Definitely. And we’ll be looking at some of them in the course of this article.

Embarrassment can be manifested in many ways, but there are just a few obvious ways people show that they are embarrassed by their spouses, especially their husbands.

Most times, there are underlying issues at work if you’re feeling embarrassed by your husband’s looks and it’s usually nothing that communication can’t resolve.

8 Signs That I Am Embarrassed By My Husband’s Looks

1. You Don’t Like Your Husband Hanging Out With Your Family 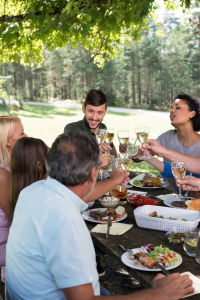 One clear sign that you have joined the team “embarrassed by my husband’s looks” is when the thought of taking him to a family gathering or outing makes you cringe.

It could be his looks, his personality, or his character.

But if it is because of his looks (which is the main point of this article, by the way), it can be worked out through communication and actively working towards making him appear better.

2. You Don’t Do PDA With Your Husband 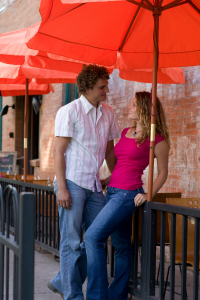 Even if you are a fan of PDA, the zeal for it died in you when you started seeing your husband.

All of a sudden, you don’t want to be seen holding hands with him.

Or you just don’t want other people to see you being affectionate with him.

It is because you are part of the women who say that “I’m embarrassed by my husband’s looks”.

If you didn’t like PDA from the word go, I don’t see any problem here but if you developed cold feet about it because of the man you married, it’s embarrassing due to his looks.

3. You Easily Find Faults In Everything They Do 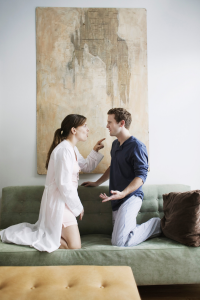 It is much easier to find faults in your partner when you’re embarrassed about them.

All the things that you loved about them previously will begin to irritate you.

You pick at them at every slightest opportunity.

It has to do with being embarrassed about them and most definitely, their looks. 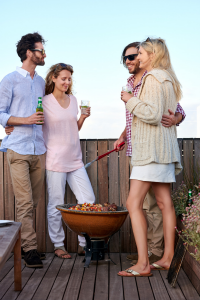 You’re probably embarrassed by your husband’s looks if you feel uncomfortable with bringing them to group gatherings that involve your friends.

While it’s true that you don’t have to involve your husband in every group gathering, but if you constantly avoid bringing him along to such gatherings when the need arises, there’s probably a reason for it.

Your friends are meant to know you better than every other person and if you don’t want your husband being around them, it’s time to ask yourself some questions.

5. You Don’t Want Your New Friends To Know Your Husband

There’s a need to impress whenever you’re around new friends and if you so badly want to leave your husband out of the picture, that’s a problem.

If you’re this way, then there’s no need to ask if you’re in the team of women saying that “I’m embarrassed by my husband’s looks”.

Including your husband in new friendships should be a fun experience and should not be seen as a tug of war.

6. You Normally Fantasize About Better Partners

Do you normally catch yourself thinking or daydreaming about what spending time with a better husband will feel and look like?

You are fully on the team of women who are “embarrassed by my husband’s looks”.

And if it has gotten to this point in your marriage, it’s time to sit down with your husband and have a heart-to-heart discussion.

Nothing good ever comes out of daydreaming about something or someone more deserving of your affection, attention, and love.

Living in reality and working hand in hand to right the wrongs and correct what you may perceive as flaws will go a long way to help you block off such toxic thoughts from your head.

7. You’re Hardly Seen On Dates With Him

But if you’re an outgoing person who loves to visit new places, go on adventures, try out new foods and generally have fun, there is a problem in your marriage if you suddenly don’t feel like it anymore.

Especially when it comes to doing these things with your husband.

You love doing them with your friends but then find yourself backing out of the suggestion once it involves going with your husband.

What other definition other than being embarrassed by your husband do you give that?

Naturally, when you’re embarrassed about someone, you’ll be shy to be seen with them in public places.

So, if you always feel some kind of way and most probably hyperventilate when you need to hang out with your husband, you’re embarrassed by his looks.

8. You Begin To Treat Your Husband Poorly

When you find yourself treating your husband poorly, it is simply because you are no longer comfortable with the relationship you have with him.

Most times, the easiest way to know if you are embarrassed by your husband is by taking a look at the way you treat him.

You need to stop dishing out passive-aggressive behaviors to them. 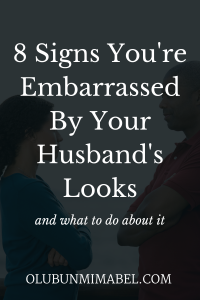 Embarrased by My Husband’s Looks: What Do I Do?

If you were embarrassed by his looks, I doubt if you would have married him.

So, something must have gone wrong along the line.

Did he let himself go when you got married, gained a ton of weight in a less attractive way?

Some men look good when they gain weight but if this is not the case with your husband, something needs to be done.

Does he lack good dress sense?

Is he averse to grooming and cares less about his looks?

Or it’s about some features that you cannot change such as height.

Your answer to these questions will determine your line of action.

2. Sit down with him and talk things out in a loving and respectful manner.

Don’t raise your voice at them while at it; be mature about it.

No one likes to be criticized, so he’s likely to get defensive if you choose criticism.

In fact, don’t be surprised if he gets defensive no matter how gentle you approach him.

Let’s be honest, pointing out your partner’s faults to him isn’t an exactly pleasant discussion.

Tell him the things he’s not getting right and things you want him to improve upon.

Point out the things they do that get you embarrassed.

Although you shouldn’t say you are embarrassed by him; because it’s not about you.

3. Another way to communicate your concerns about your husband’s looks to him is by being humorous about it. 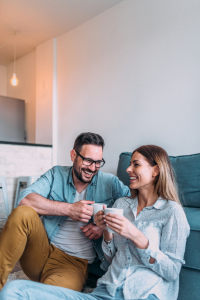 This is not the same as making fun of him but using humor takes the awakwardness out of it.

This is why couples who have a good sense of humor tend to have a better relationship because they can use humor to pass their message, no matter how difficult, across, and no offence will be taken.

4. Help him improve on his looks by giving suggestions.

Some men are clueless when it comes to their appearance.

You can help your husband improve on the things you want him to improve on by pointing them out to him directly or through suggestions, depending on the nature of your relationship, mood or circumstances.

Sometimes, I tell my husband, ”You need a haircut. You look unkempt.”

Other times, I say, ”You’re having a haircut today, right?”

Help him with your opinions. 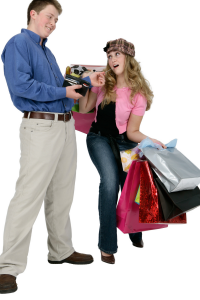 If there is anything you’d love to see on your husband or you think a particular item can improve his looks, get them for him or suggest that he buys them.

I buy my husband clothing, underwear, and tell him to use some of my skincare products.

If you have done all in your power, relax and let your husband make his decision.

He’s an adult. Don’t force your opinion on him.

Even if he will change, it’s going to be gradual, not drastic.

Also, if your husband is an amazing man, look past his appearance and don’t let it be an issue in your marriage.

You can enjoy your marriage regardless of how your husband looks. 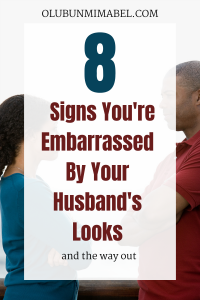 Not until I got the "What to do?" Part, I was like "why marry a man you'd be embarrassed of, like why the stress?

Well, you nailed it by saying it might be that he relaxed in marriage and stopped taking good care of his looks...