Even though getting married has become a norm in most societies, some people still wonder if marriage is for them.

People are usually quick to list reasons why everyone should get married but rarely reasons why we shouldn’t get married; forgetting that marriage isn’t for everyone.

If you are not sure if you should get married despite the societal expectation that you should, this article will help you in deciding if marriage is for you.

Below are 4 reasons not to get married:

1. You’re not ready to put in the work

Just like a seed needs to be watered to grow, a marriage also needs the right ingredients to grow as it can’t grow and sustain itself.

Nobody gets married and looks forward to a bland marriage but a lot of people get married and expect to find magic in the marriage.

There’s no magic anywhere. The magic you experience is the one that you create.

If you want an amazing marriage, be ready to put in the work.

GIGO – Garbage In Garbage Out

Your input determines your output. You reap what you sow. You can’t sow nonchalance, selfishness, pride etc. and expect to have a beautiful marriage.

Also, building a great marriage is not the job of one person. All hands must be on deck to make it work.

Marriage is a partnership. It takes two to tango.

If you think it’s your partner’s sole responsibility to make your marriage beautiful, please, don’t get married. You’ll only frustrate your spouse.

What kind of marriage do you want? Are you ready to put in the work?

If you do, your marriage can never break down because you and your partner will do everything to ensure the preservation of your union.

If you’re not ready to put in the work it requires, don’t get married.

You can’t be a spectator in your marriage and expect to have a good marriage.

I watch Divorce Court a lot and I see couples wanting to get out within one year of marriage.

Sometimes, people say they’ve fallen out of love with their spouse, so the marriage should end.

But the fact is, no marriage or relationship dies a natural death.

The death of a relationship happens when one/both partners fail to put in the work that will help them to stay in love with each other.

Marriage consists of two people with different personalities, backgrounds, experiences, and even emotional baggage coming together to become one.

You don’t expect that to be a walk in the park.

Any couple can get married but only couples who work at it will stay married.

And if you plan to have kids, you and your spouse will have to triple your effort because things will get tougher.

Having kids will stretch you physically, mentally, emotionally and financially.

You’ve got to understand what you’re in for.

2. You Don’t Know Why You’re Getting in 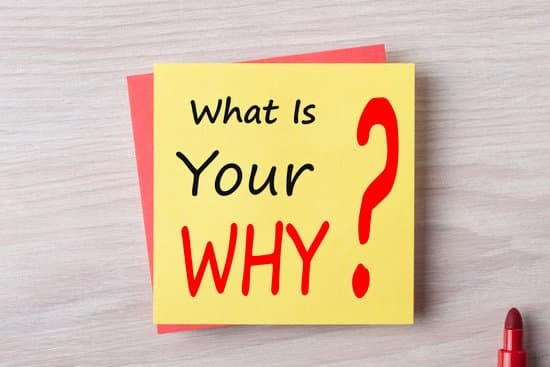 When the purpose of a thing is not known, abuse is inevitable.

If you don’t know the use of something, you’re likely not to use it for the purpose for which it’s intended.

While marriage is primarily for companionship, people get married for reasons other than that – financial security, kids, societal expectations, sex without guilt (for religious people) etc.

Whatever the reason you want to get married, it is up to you, but, you must ensure your partner shares the same purpose with you so that there won’t be a conflict of interest.

Ask yourself, why do I want to get married?

Ask your partner the same too.

Your answer(s) will go a long way to determine the fate of your marriage.

If you both do not know why you’re getting married, you won’t know what to do with the marriage or you are likely to give up on it easily.

3. You Don’t Value the Institution 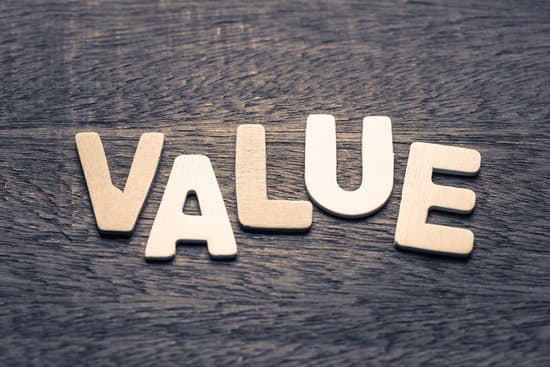 Even though people think getting married is old-fashioned, marriage is still a SACRED and HONOURABLE institution.

If you don’t understand the value of a thing, you’re likely not to value it, thus, you’ll handle it carelessly and do things that will jeopardise it.

If you value marriage, you’ll do your best to preserve it.

You must also ensure you marry someone who values marriage like you, otherwise, your efforts will be sabotaged.

Marriage is not an experiment. You should value it because it can either make or mar you.

In some societies, especially African societies, saying you don’t want to get married will earn you some shocked/pitiful stares, a reprimand and a truckload of prayers (from your African parents).

That is not your portion!

You will not put this family to shame!

You were born into a family, you must have your own family too

To them, marriage is the greatest achievement and no matter how successful you are in other life endeavours, you’re not accomplished until you’re married.

To them, they can’t imagine happiness without marriage.

Well, marriage is sweet when you have someone to walk the journey of life with you; someone you can call yours.

It’s a blessing to have a family you love and who loves you, but, some people think they’re better off single. They don’t want to get married.

If this is you, then don’t!

Don’t bow to societal pressure because they won’t be in the marriage with you. It’s your life, no one will live it for you.

I got married because I desired to. I’m certain that if I didn’t want marriage, I wouldn’t get married.

When it comes to making some critical life decisions, I can be quite stubborn.

Also, if you get married due to pressure and not because you want to, you’re likely not to put in your best, and this will not be fair on your partner. 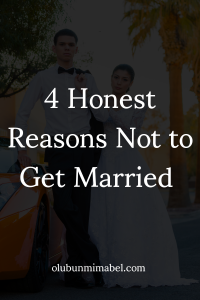