Commitment is one of the biggest fears men face when it comes to relationships.

If you’ve been with your partner for a while and won’t commit, you’re wondering why he’s holding back, and if there are signs he will eventually commit.

There could be several reasons why he isn’t ready to commit.

Many people have different views on commitment and marriage; some see it as the next step, while others see it as the end of their independence.

It all comes down to his values and beliefs about marriage.

A man who commits wholeheartedly is a man who can be trusted.

It’s important to look out for signs that he will commit to you in the long run.

How does a man decide if a woman is girlfriend or wife material?

What inspires a man to want to commit?

At some point, he will ask himself: Is this the woman I want to commit myself to?

The answer will determine whether the relationship deepens or ends.

So if your man is reluctant to commit, don’t panic yet because some signs will tell you whether or not he will commit eventually.

10 Promising Signs He Will Eventually Commit 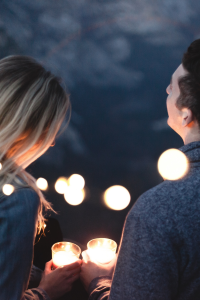 The beginning stages of a relationship are all about getting to know the other person and seeing if there’s potential for more.

If you’ve gotten comfortable enough to talk about the future seriously, you feel confident that you have found someone who can be part of your life for years to come.

If you notice that your boyfriend is constantly bringing up topics about the future, it could be a sign that he is ready to commit to you.

More specifically, talking about things he wants in the future, such as children and where he wants to be in five years, then it’s clear that he is considering the future with you.

It’s always a good sign when a guy talks about the future, whether it’s in a year or five years’ time.

It also shows that he isn’t afraid of commitment and won’t be breaking up with you anytime soon.

He is looking at the bigger picture with you, and that’s a very good sign.

When you are dating someone, you must communicate with each other regularly.

If your man is always available to talk or hang out whenever you want him to, that’s a major sign that he’s not going anywhere anytime soon.

One of the most important parts of being in a committed relationship is openly communicating.

You never get sick of talking to each other.

A guy who doesn’t ghost you will eventually commit to you.

But the one who has a reputation for regularly ghosting you is not likely to commit to you.

He will always have one excuse or the other for not reaching out to you in days or weeks. 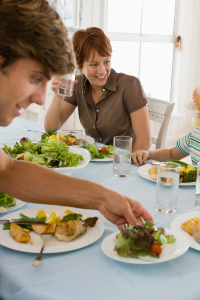 If things are going well in your relationship, he’s likely to meet at least a few family members or friends.

If your boyfriend has been hanging out with your people regularly, it’s a great sign that he’s thinking of sticking around.

If he’s made an effort to meet your best friends and close family members, it means he wants to be included in the most important parts of your life and sees a future with you.

After all, if he were planning on ghosting you at some point, would he be bothering to get to know the people who are most important to you?

This is a pretty good sign that someone is serious about you.

If he asks when he can meet the important people in your life, that’s also a great sign he will commit to you eventually.

4. He introduces you to his friends and/or family

One of the best ways for a guy to show his commitment is by introducing you to his family and friends.

If he introduces you to people as his girlfriend, you can be sure that he does see a future with you.

This shows that he is committed to the relationship and proud of it, and wants everyone to be aware of it.

You can’t introduce someone as your girlfriend if they aren’t, so this is a surefire sign that he is ready to commit.

A man who is serious about you will want his friends and family to know about you.

He won’t just introduce you as a friend but will make it clear that the two of you are in a committed relationship. 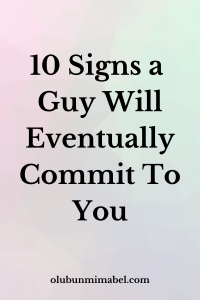 He makes a lot of eye contact and nods his head in agreement when you talk.

He’s easy to talk to and not afraid to give his opinion about something.

And he smiles when you’re around, making you feel comfortable.

If your man does not make a lot of eye contact, he’s probably not a great long-term prospect.

Eye contact is an important nonverbal mode of communication in a relationship, and if he isn’t making it regularly, you’re better off looking elsewhere.

You’re not going to catch his eye if he’s not looking at you.

6. He makes an effort to impress you

When a guy likes you and wants to be with you, he will make an effort to impress you.

He will try to make a good impression on you.

He will want you to like him back, so he will do his best to show you his best self.

But if he is always picking up tabs, going above and beyond for you, he may have plans to commit to this relationship in the future.

This can be demonstrated in several ways, including dressing up for you, taking you on dates, spending quality time with you, being there for you when you need him, or seeking your opinion on decisions before making them.

He might also try to impress you by showing off his knowledge of a particular subject or sharing his accomplishments with you.

If he doesn’t seem to care about impressing you or making a good impression, then there’s probably not much hope that he’ll commit in the future.

7. He wants to open up and trust you 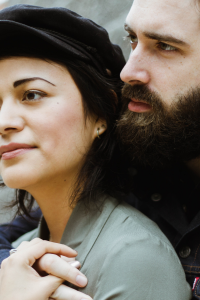 If you’re trying to figure out whether or not a guy is the one, pay attention to his actions, not his words.

The signs he will eventually commit are all about actions.

Not only does he open up and trust you more, but he also seems less hesitant to be around you.

He’s relaxed and at ease when he’s with you.

You notice that he wants to open up and trust you with every detail of his life.

If he’s trusting you with details about his past or sharing important things, it means that he feels like he can open up around you.

He knows that opening up is a risk, but he feels at home with you, so he’s not afraid to be vulnerable. 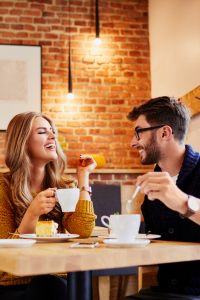 When a guy is interested in making things official and committing to a relationship, he’ll start asking you to do couple-like activities with him.

This is one of the biggest signs he wants to commit.

If he’s asking you out to dinner, drinks, or even coffee, he’s making his intentions clear.

When a man is truly interested in you, he won’t leave you hanging for too long before asking you out again.

Instead, he’ll make sure to schedule another date with you as soon as possible so that the momentum doesn’t die and so that he can keep getting to know you better.

9. He talks about the two of you being together and uses the word ‘we’

When a man uses the word ‘we’, he’s thinking long-term.

He doesn’t just see the two of you together for a few weeks or months; he sees you in his future.

When a guy refers to himself and you as an entity rather than two separate people, he is thinking about you being together for the long haul.

He may not want to say it, but he shows that he sees a future with you by using the word ‘we’.

10. He’s honest with you about his feelings

Guys who can be honest and open with their woman are usually pretty secure in the relationship and confident enough to know they won’t lose her by sharing how they feel.

If a guy is honest with you about his feelings, he probably feels comfortable getting into something serious with you.

It also means that he’s definitely into you enough that he could see himself committing to a long-term relationship with you.

He’s not afraid of being real with you.

He just wants to be real and put it out there so there are no misunderstandings later.

If you’re in a relationship with a guy and have doubts about where things stand, it’s time to look for the signs he will eventually commit.

If you’re wondering whether or not he will ever make that decision, those are a few signs he will eventually commit. 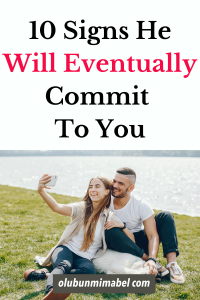