Do you talk too much?

If so, you’re not alone.

Many people struggle with the urge to share their thoughts and feelings with others.

If you talk too much, it means you have a lot to say, and you feel that people are interested in what you have to say, even if it is not important or relevant to the conversation.

You may enjoy making new friends and meeting new people because of your outgoing personality.

You like to be the center of attention, so others may find it difficult to get a word in when they’re around you.

You might also find yourself interrupting other people’s conversations or monopolizing the conversation by talking over them.

Here are some other signs that you might be a “talker”:

12 Signs You Talk Too Much

#1 People use the phrase “you talk too much” around you

Not everyone can tell when they’re talking too much.

If you’re one of such people, people would likely have said to your face that you talk too much, even jokingly.

Your friends and family may not want to hurt your feelings by being honest with you, so they might pass the message across humorously, hoping you’ll get it.

Those who don’t care about your feelings would tell you bluntly that you talk too much.

This doesn’t necessarily mean they don’t care about your feelings, but they might care more about your personal development.

So if one or two people have said you talk too much, you probably do.

#2 You have a hard time stopping once you start talking

Some people enjoy talking so much that they can’t stop when they start talking.

No one else gets a word in conversations with friends or family members.

They talk through movies and meals.

If you realize you have difficulty stopping once you start talking and you’ve been told to take a breath in between sentences, you probably talk too much.

#3 People have stopped taking your calls 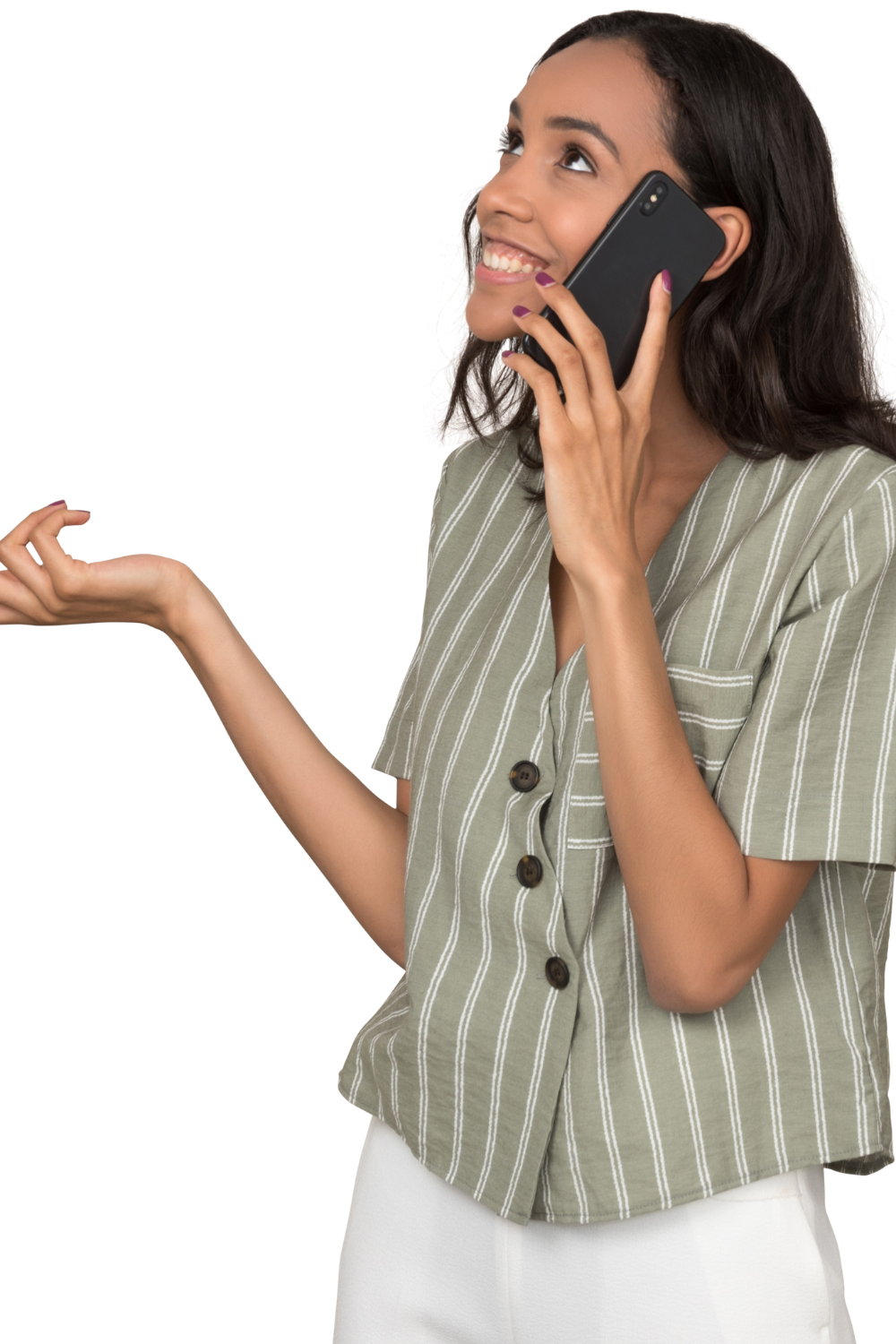 I don’t know about you, but I prefer texts to calls, and most people do, especially in this age where people are constantly glued to their screens.

A call is like a rude interruption to their endless scroll on social media, so if you have a reputation for being garrulous, people will likely not take your calls.

They avoid your calls because when you start, you don’t know when to end, and no one has time for that.

You must tell everyone about your recent accomplishments, achievements, or even problems, even without being asked.

Because when you talk, it’s mostly about yourself and what you think or feel.

You’re a classic over-sharer and find yourself saying things like, “I’m sorry for talking so much” or “Sorry if I’m boring you”.

#5 You constantly interrupt others while they’re speaking 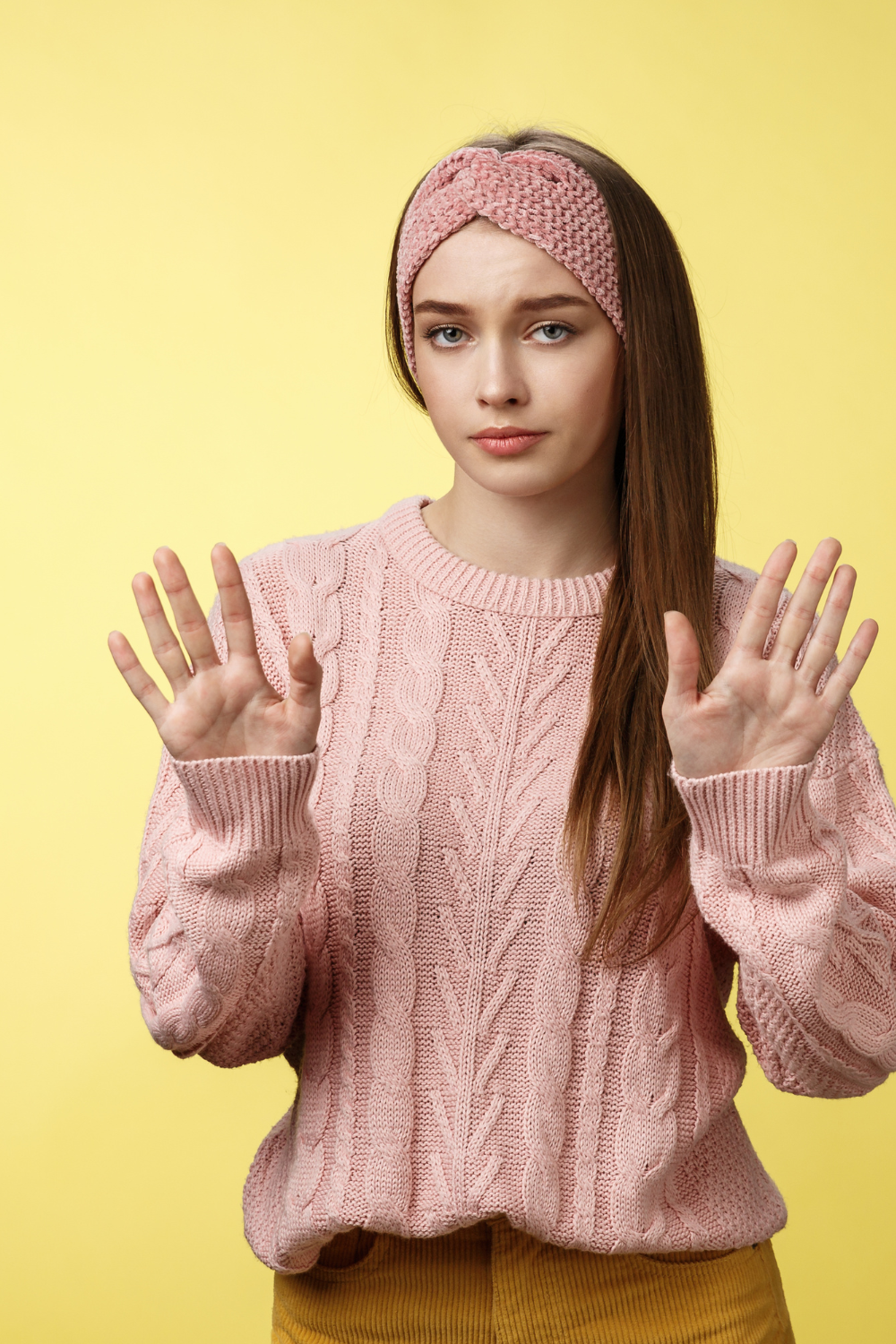 A sure sign that you talk too much is when people have to stop talking because you keep interrupting them.

This shows that you aren’t interested in what they have to say but instead want to ensure that your voice is heard at all times.

Interrupting others is rude and makes them feel like they have less worth in the conversation.

It also makes them less likely to speak up in the future because they don’t want to be interrupted again.

#6 Your friends avoid discussing anything personal with you

If you’re a self-proclaimed chatterbox, there’s a good chance that people have begun to avoid discussing anything personal with you because they’re tired of being on the receiving end of your monologues.

Also, they know you’re likely to divulge their personal matters said in confidence to you to others.

If you’re the one who always has to speak up when something needs to be said, you might be a talker.

You’re never afraid to tell people what you think and always ready to share your opinion first.

Also, you feel like you need to explain everything.

When someone asks a question or makes a statement about something, you immediately start explaining why it’s true—even if it’s not your place.

And if someone disagrees with your explanation? Well…

#8 You talk louder than other people

One of the best ways to tell if you talk too much is if you’re usually the loudest person in the room.

If you find yourself constantly having to raise your voice to be heard, there’s a chance that you’re talking too much—and not listening enough.

Making others laugh is a wonderful skill, but when you’re constantly cracking jokes and making light of situations, it’s a sign that you may be talking too much.

You tell jokes that are supposed to be funny, but nobody laughs.

People look at you like you’re crazy because they don’t think you’re funny.

You don’t realize when your stories are long-winded until people start to look bored.

If you find yourself telling jokes that no one laughs at, stop.

Instead of always trying to be the center of attention, just allow yourself to listen and let others do the talking. 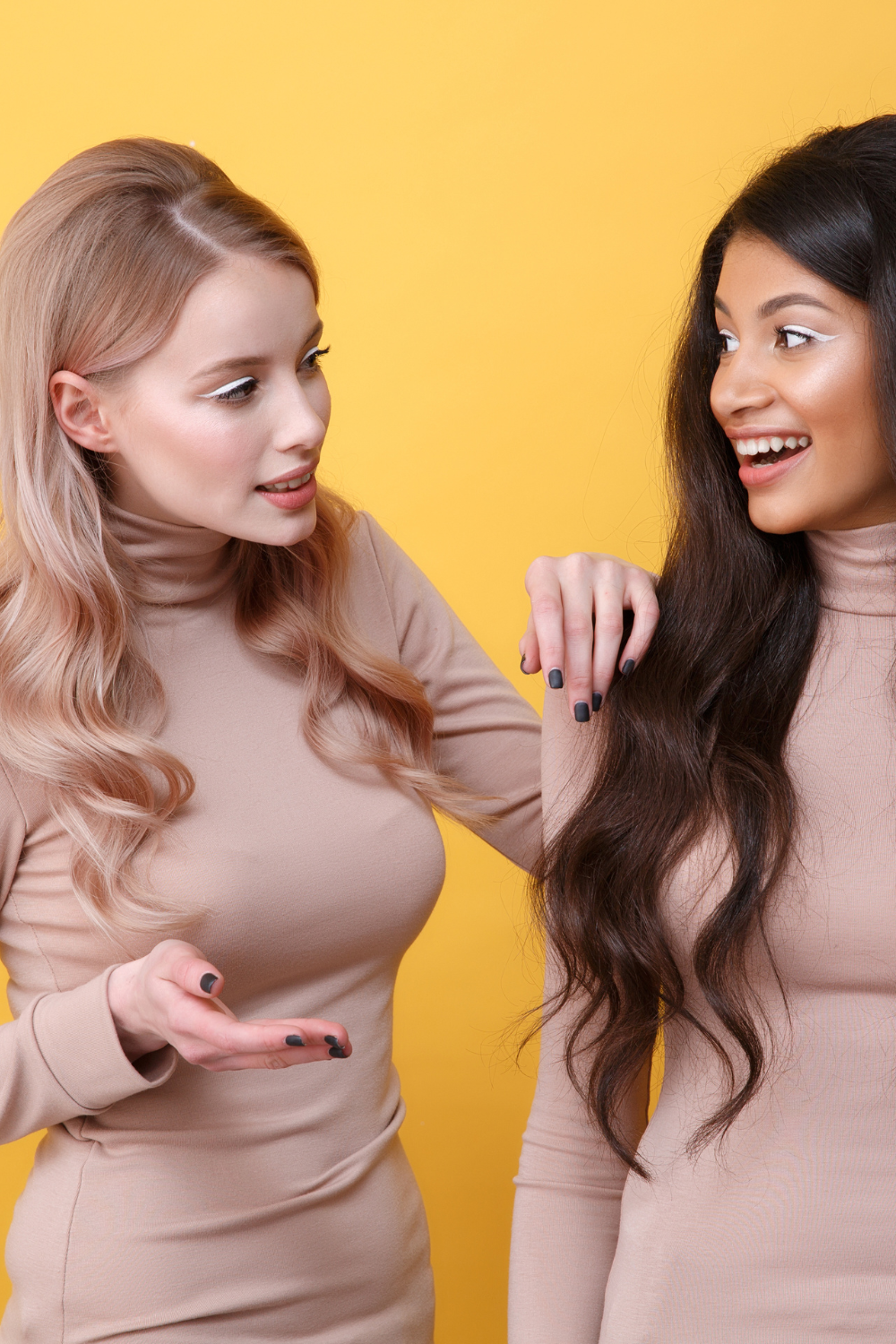 One of the ways to show you’re interested in people and what they are saying is by asking them questions about themselves or what they’re telling you.

If you are loquacious, you’ll realize you don’t like asking questions because you’re more interested in talking.

Even if you ask, it’s so you can have more things to talk about, not because you’re actively listening or interested in whatever they’re saying.

If you find yourself uncomfortable or awkward when there’s silence in a conversation, likely, you talk too much.

You can’t stand silence and never let an opportunity to fill the void go by.

It’s our natural inclination to fill the space with words, but sometimes we need to take a breath and let others do the talking.

#12 People’s reactions when you start talking

People who talk too much are often oblivious to how much they do.

You might be surprised to learn that people around you have noticed your tendency to blab and are doing their best to avoid you.

Here are some signs that your friends and family are getting tired of hearing you drone on:

1. They roll their eyes when you start talking about something.

2. They change the subject when you start talking about something.

3. They start saying “uh-huh” and “mmhmm” without adding anything to the conversation (or even seeming to be listening)..

4. They start avoiding social events where you’ll be present because they know you’ll dominate any conversation with your endless stories, opinions, and anecdotes.

5. They look at their watch or their phones when you begin to speak.

6. They avoid sitting next to you.

7. People start looking around the room, making eye contact with others, or staring at the ceiling when speaking to you.

9. Their eyes start darting around the room, looking for an escape route.

10. People walk away from conversations with you before they’re over.

Keep an eye on how people react when you talk and ensure they don’t seem visibly annoyed or uncomfortable around you.

What To Do If You Talk Too Much

It’s easy to fall into the trap of thinking that over-talking is a harmless habit.

After all, what’s wrong with offering up your thoughts and opinions?

But if you’re doing it in a way that ultimately makes people feel like they don’t have a voice, it’s not just annoying for those around you; it’s also bad for your relationships.

If you don’t allow others to share their thoughts and feelings with you, there’s no way for them to feel heard or understood.

This can lead to resentment and frustration.

So, what can you do about this?

1. Accept that you talk too much

The first step in learning to moderate your talking is to realize that you talk too much.

Knowing your speech patterns will enable you to make an effort to change them when necessary.

2. Find out why you talk too much

Secondly, think about what makes you talk much more than others.

Is it because you like being the center of attention?

Do you feel awkward when people aren’t listening to what you have to say?

Do you just need an excuse for all the ideas buzzing around in your head?

3. Take time to think about what you want to say before jumping into a conversation 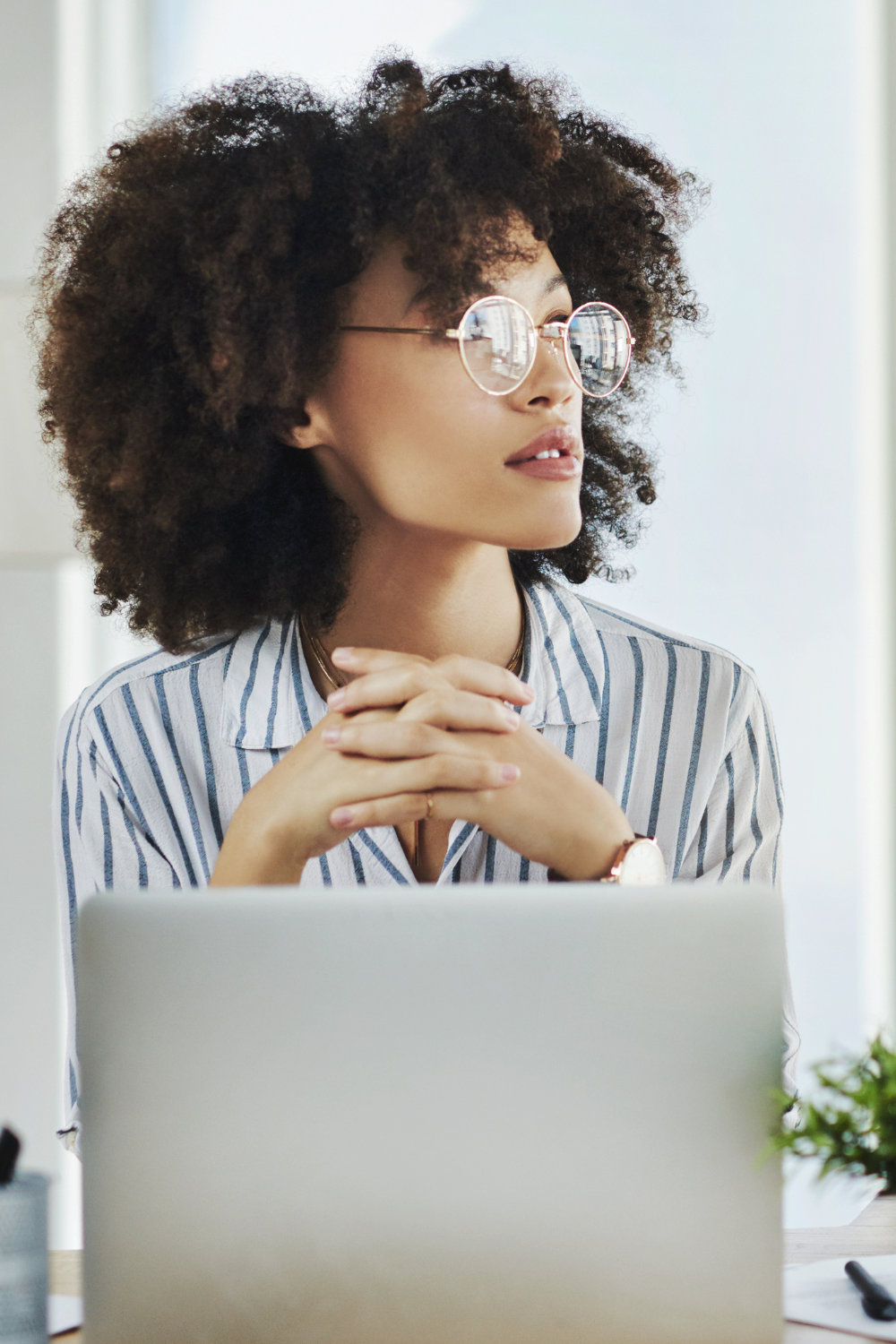 This way, you’ll be able to choose your words carefully instead of blurting out whatever comes to mind first.

This will give others time to talk and ensure you’re not dominating the conversation.

People don’t care as much about what you have to say as they do about themselves.

They want to talk about their experiences, thoughts, and feelings.

And if they are interested in hearing what you have to say? They’ll ask questions.

So the next time someone starts talking in a conversation, try asking some questions or making comments that encourage them to keep going.

It will help them feel heard and appreciated while preventing your speech patterns from getting out of control.

If someone asks a question, just nod your head or give a short answer—don’t feel like you have to elaborate too much on what they’re asking. 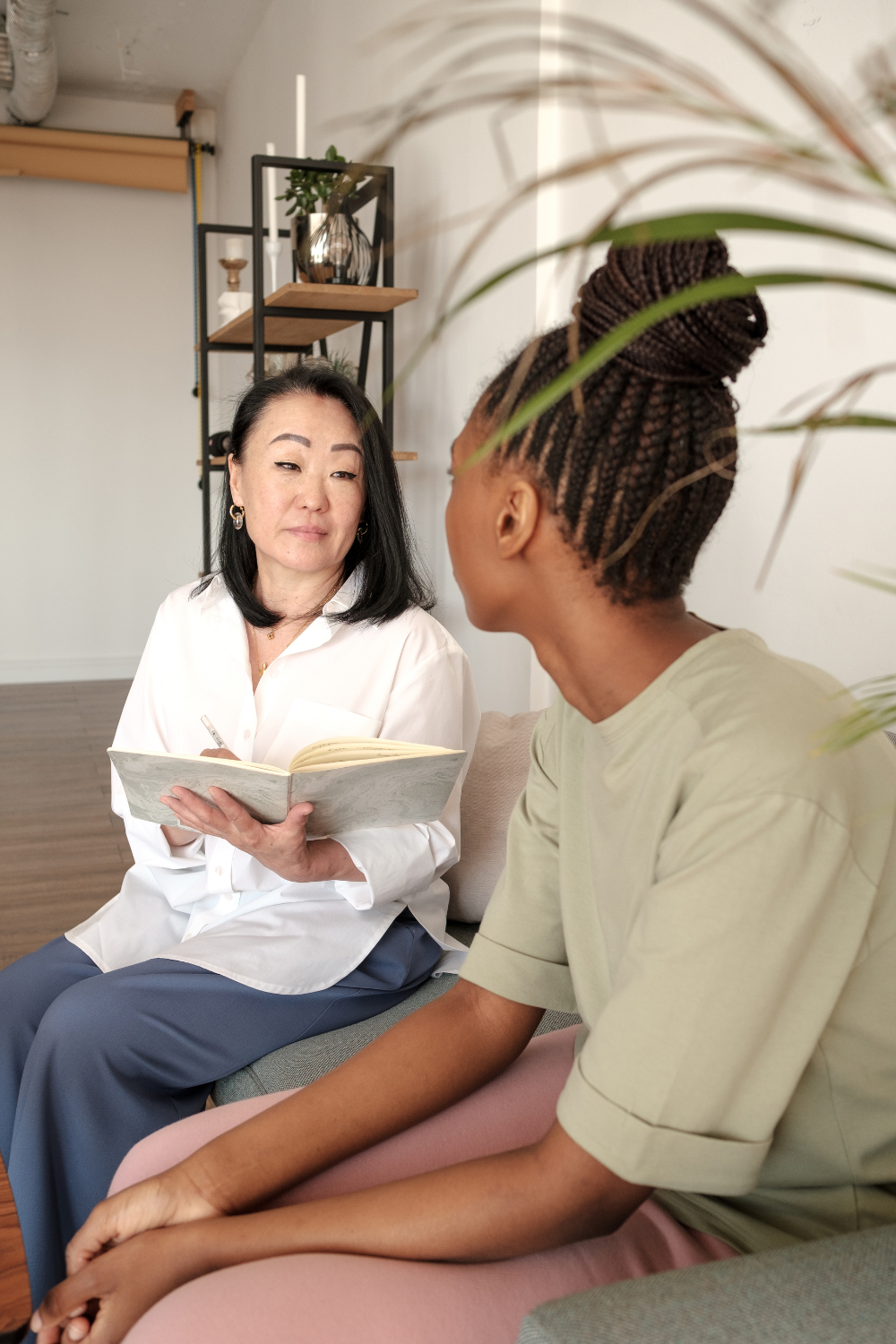 If you’re talking too much and can’t help yourself, it’s time to reach out and get support from a therapist.

A psychologist can help you find solutions for your problem with talking too much.

You’ll be able to explore the reasons why you talk so much, as well as develop strategies for fixing the problem.

A therapist can also suggest ways that you can start talking less.

They’ll also teach you how to become more comfortable with silence and give you tools that will help you be more assertive in your conversations so that they don’t go on forever. 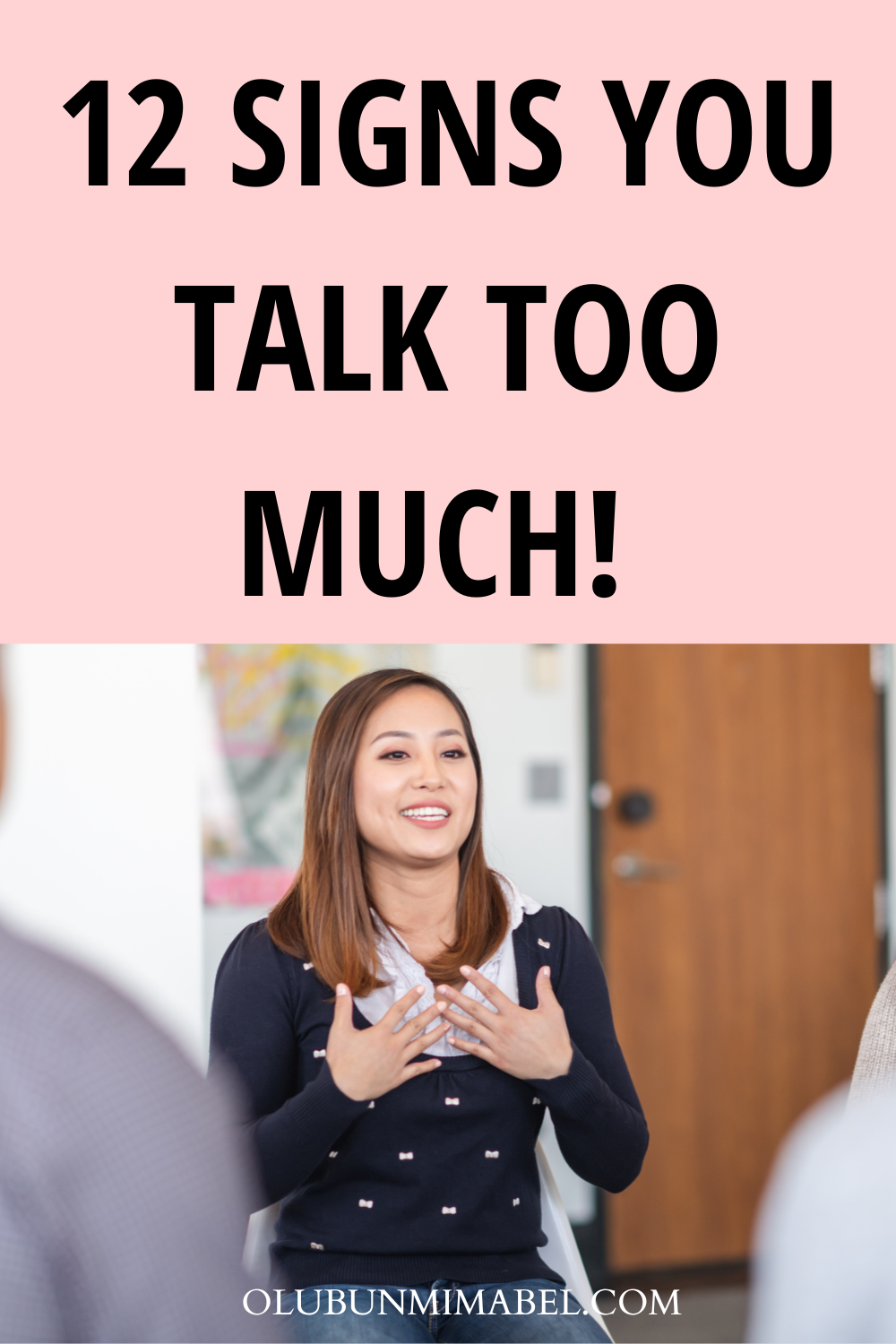 I had a good laugh reading this🤣 Just yesterday, I said to a colleague "babe, you can talk ehn..." I actually wanted to say she talks too much, but I didn't want to hurt her feeling. I'm not even sure she gets the code though. I sometimes find talkative folk a good company. It just start to get annoying when I start sensing exaggerations and some lies, when they tend to do.

Lol. As an introvert, I appreciate talkative people, but I get tired when the talk is too long. Knowing when you are talking too much is good, and when to stop is good.