”He texted after first date but not since.”

So you had a great first date.

There was chemistry and a lot of flirting.

He even texted you the next day, saying he had a great time.

He’s asking you about work, whether you had a good time and if he can see you again.

He hasn’t texted since that first time, and now you’re wondering what to do.

You don’t want to push too hard, but at the same time, you don’t want him to think that he can get away with ignoring you.

What should you do?

Well, there are a few possible common reasons why your date hasn’t texted you since after your first meeting.

He Texted After First Date But Not Since: What’s Going On in His Mind? 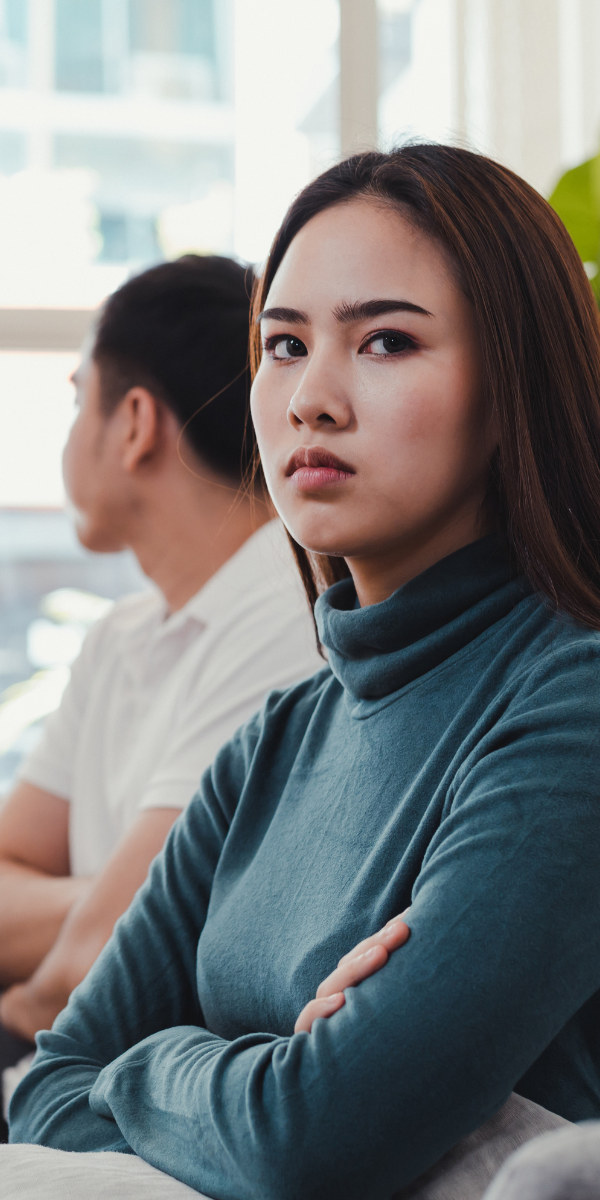 It’s tough to admit, but sometimes the guy just isn’t that into you.

If he’s not texting or calling, it’s possible that he’s not interested in pursuing anything further.

It’s not personal, and it doesn’t mean that you’re not an amazing person — he might not be into you enough to pursue a relationship with you. 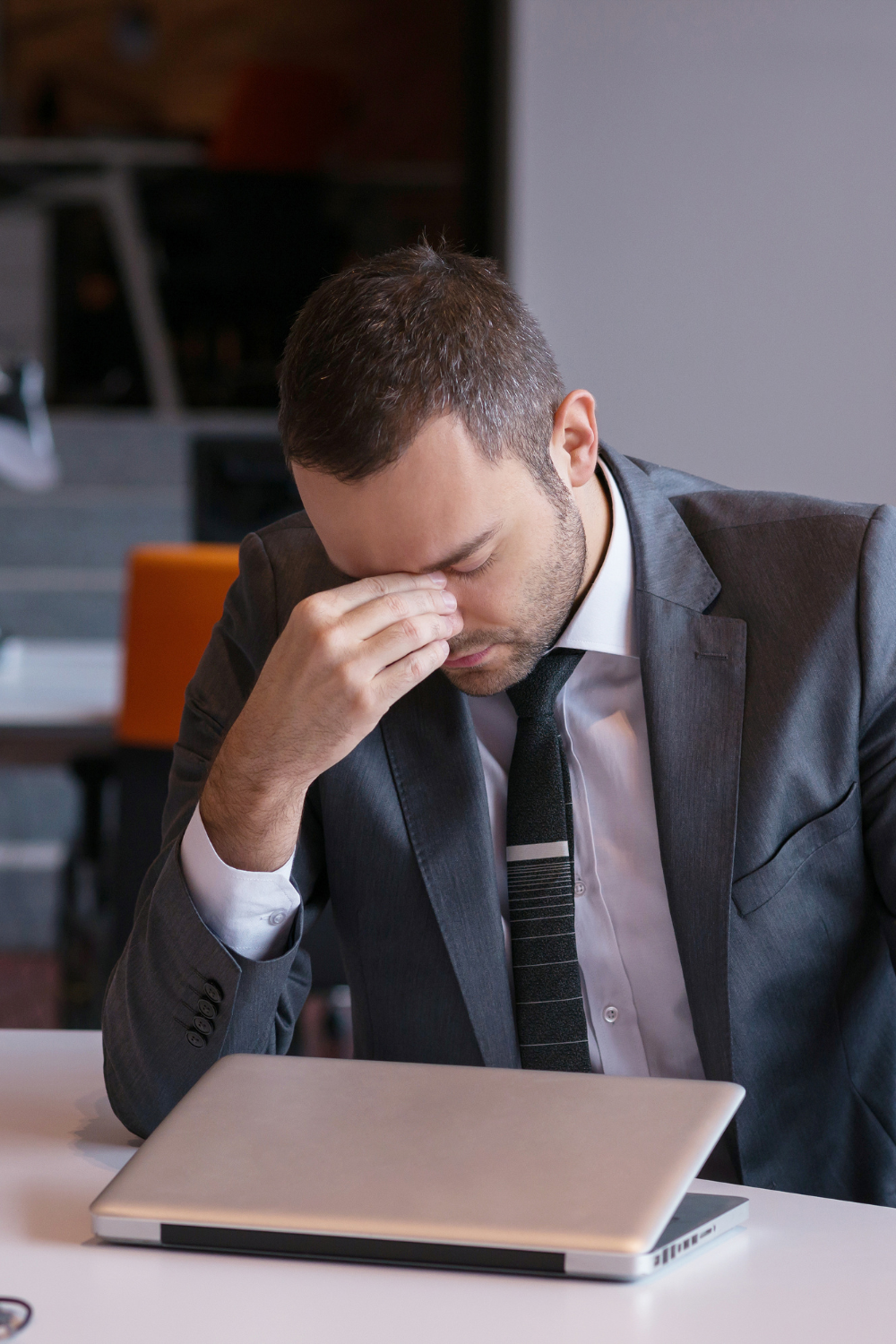 On the other hand, he could be legitimately busy with work or other commitments and hasn’t had a chance to text you yet or have time in his schedule for a second date.

You have only been on one date, so it’s possible he’s not ready to make you a priority.

Give him some space and see if he eventually reaches out. If he doesn’t, you’ll know where you stand.

Some guys like to play games by waiting a certain amount of time before texting or calling after a date.

They think it makes them seem more “mysterious” or “desirable.”

But in reality, it just comes across as disinterested and aloof.

If you think this might be the case, the best thing to do is call him out on it.

Let him know that you’re not interested in playing games, and if he can’t be upfront with you, then he can take a hike!

4. You Don’t Have Chemistry 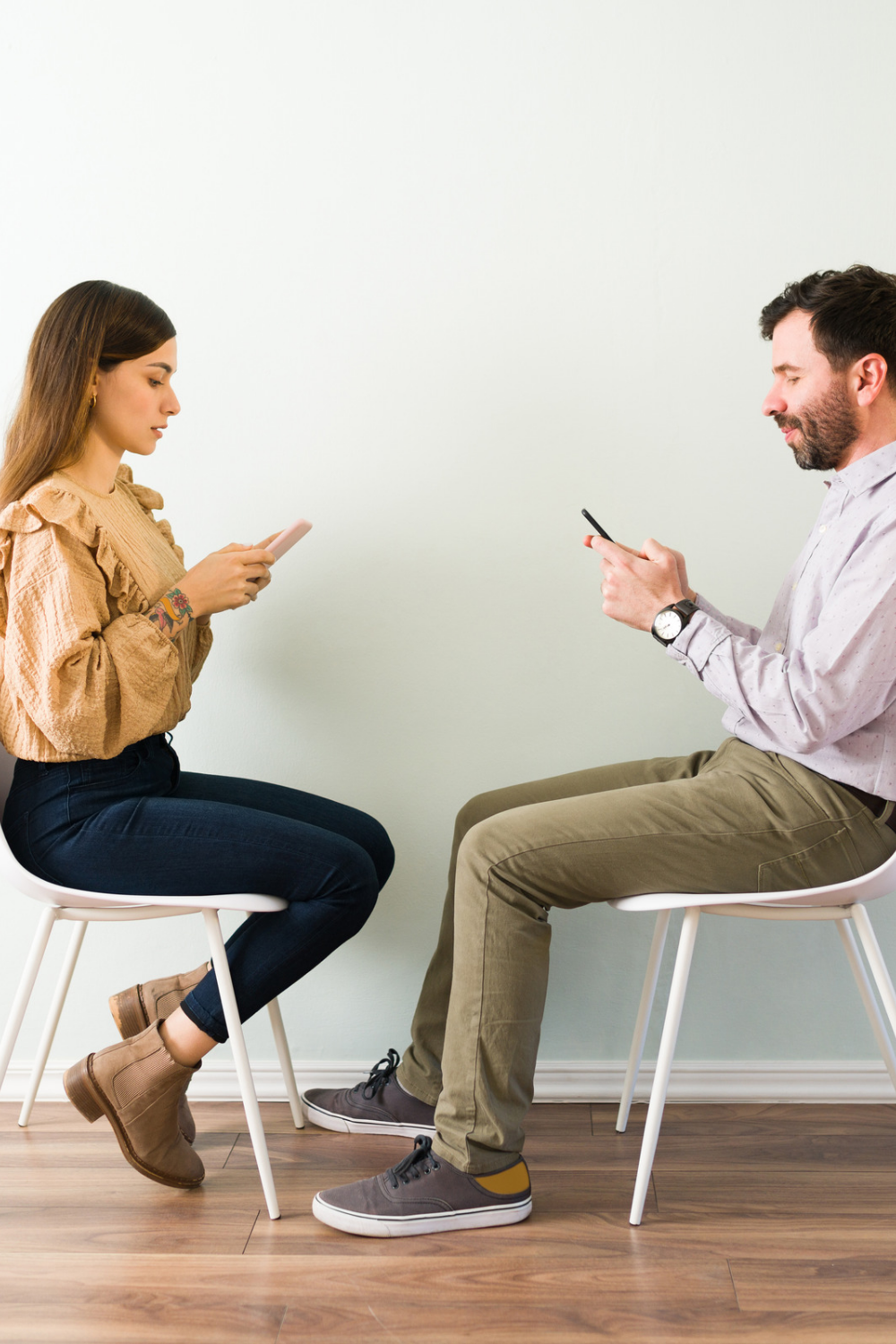 There’s a possibility that your chemistry isn’t as strong as you thought it was.

You can click with someone right away, or it might take a few dates to figure out if there’s any real connection there.

If he thinks there is no chemistry between you, he might not bother pursuing anything further.

There’s not much you can do in this case except move on and find someone with whom you have a better connection.

He may not have texted you because he thinks you’re not interested in him.

This can happen if you didn’t respond quickly enough to his last text or were non-responsive during your date.

If you think this might be the case, try sending him a casual text to feel things out.

If he responds positively, there’s still a chance things could work out between you.

However, it’s probably best to move on if he doesn’t respond or seems uninterested in carrying on a conversation.

6. He’s Not Ready for a Relationship

Some men go on a date without the intention of starting a relationship.

They’re not ready to settle down, or they’re just not looking for anything serious.

If this is the case, he might not text you because he doesn’t want to lead you on or give you false hope.

It’s best to move on if you’re looking for something more serious and he’s not on the same page.

It’s possible that he hasn’t texted you because he’s afraid of being rejected.

He may like you but is too shy or nervous to make the first move.

If you think this is the case, try sending him a friendly text to let him know you’re interested. 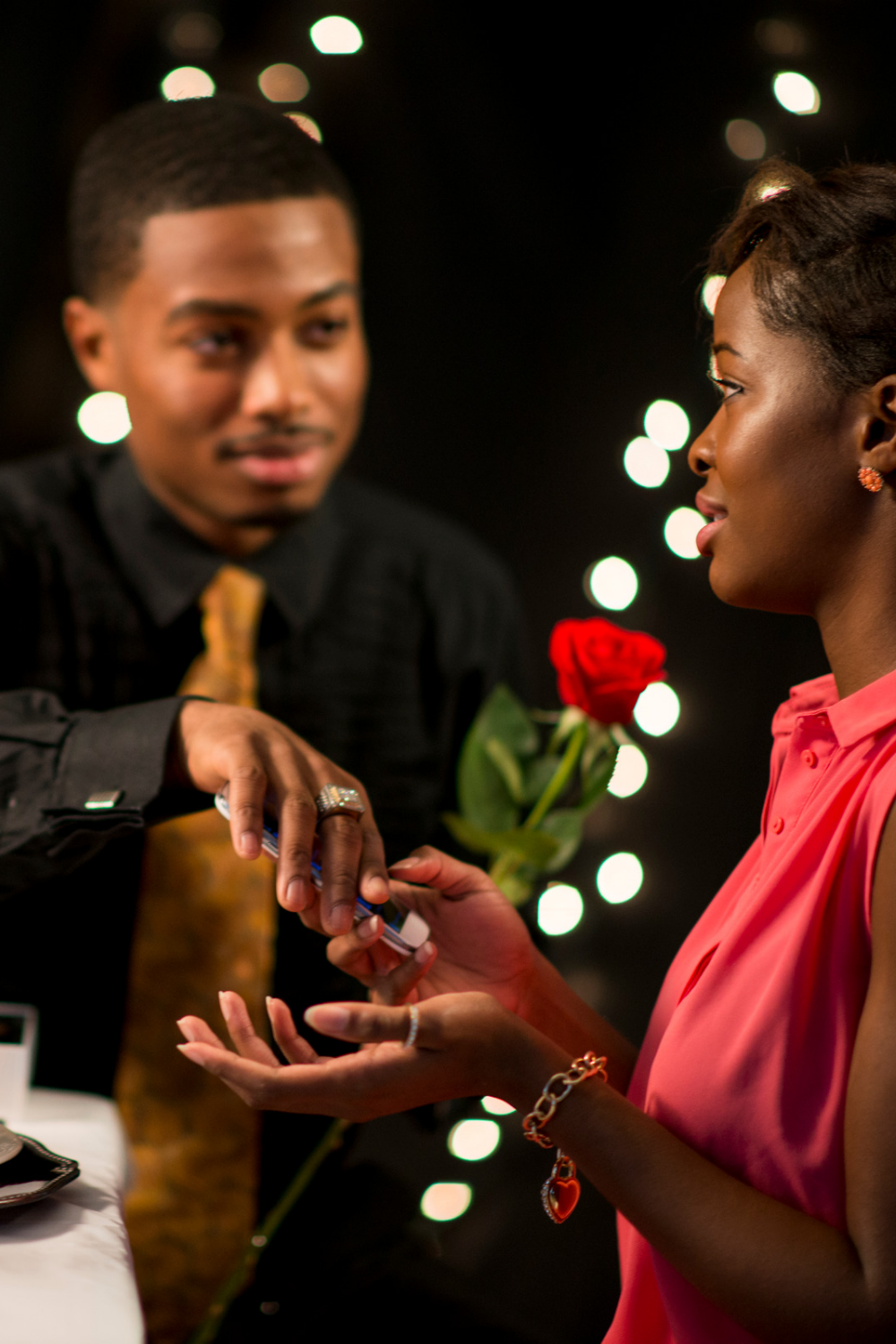 Some guys like to play the field and date around.

If he’s a serial dater, he might not text you because he’s already moving on to the next person.

He might be juggling multiple women at once and is only interested in going on dates with no intention of pursuing anything further.

So there could be several reasons he hasn’t reached out since the text after your first date.

The best thing to do is give it some time and see what happens.

If he doesn’t text within a week or so, chances are he wasn’t that interested in you anyway, and it’s better to find out now rather than later.

However, if you’re still interested in him and want to see if there’s any chemistry between the two of you, send him a text message asking how his day was but don’t overdo it by texting too much because then it will seem like all you want is for him to text back.

That screams desperation and will give him reasons not to text back.

And if you have mutual friends, you can always ask them about him to see if he’s mentioned anything about you or why he hasn’t texted you.

There could be a perfectly good explanation, and it’s always best to get the full story before jumping to conclusions. 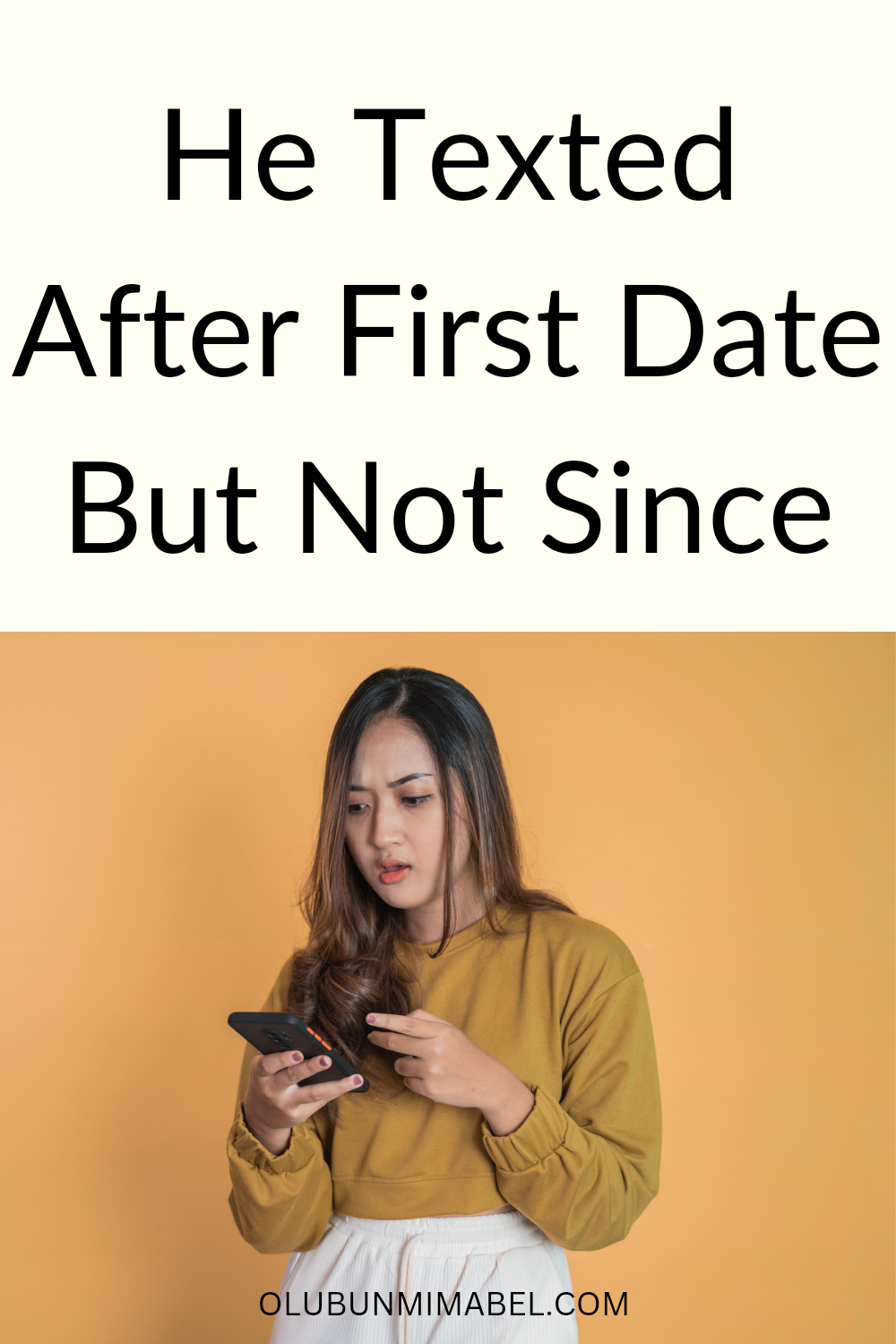