You meet a guy, and you think things are going well.

Maybe you even think he’s the one.

But then something happens that makes you question whether or not he’s seeing other people.

Maybe you’ve caught him in a lie or you just have a gut feeling.

Well, here are some signs that he has multiple partners to help confirm your suspicion:

19 Warning Signs He Has Multiple Partners 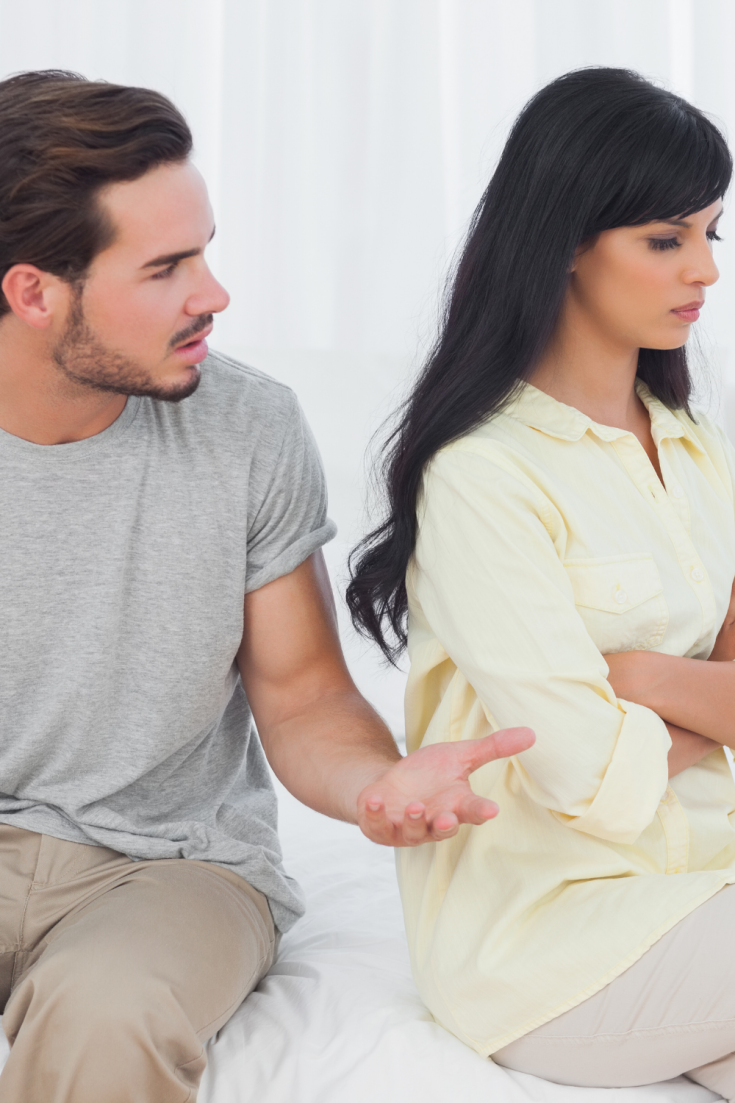 Time is not the best friend of a man who has multiple partners.

He will often have to disappear for long periods of time with little to no explanation.

And when he does explain his absence, his excuses will often be flimsy and unconvincing.

For example, he might say he had to work late or go out of town on a business trip.

But if you have a sneaking suspicion that he’s not being truthful, then he probably is seeing other people.

2. He’s always busy and has little time for you 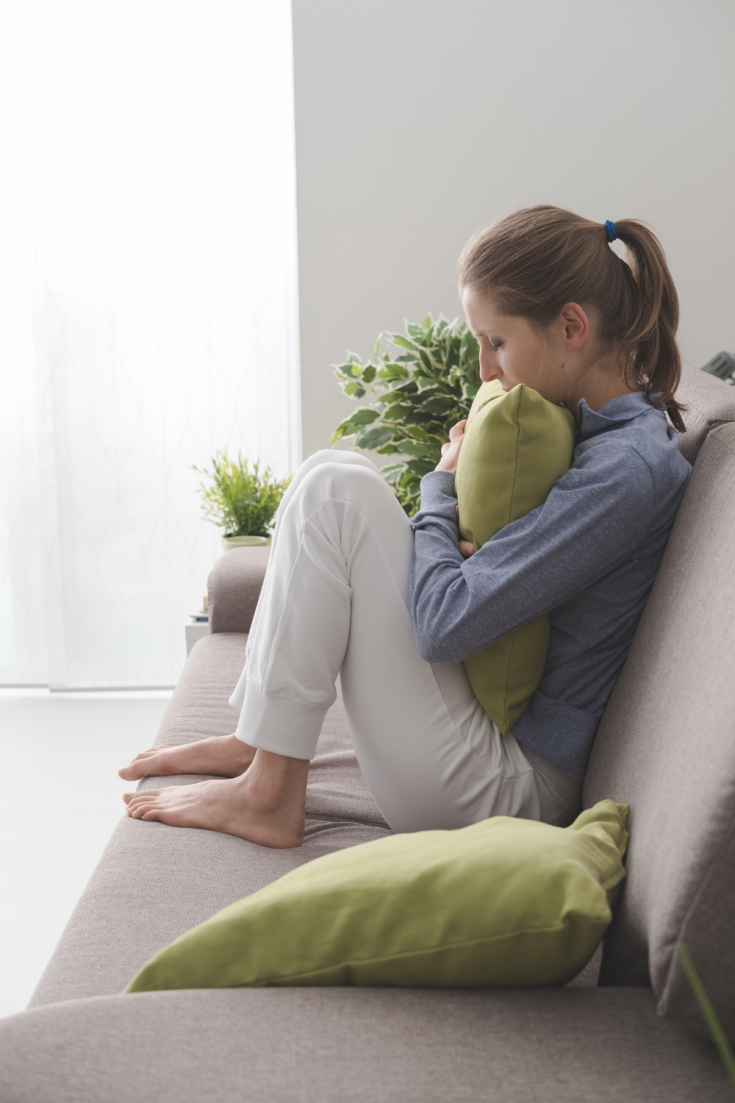 If your guy is always busy and doesn’t seem to have any time for you, it’s another sign that he might be seeing other people.

In a relationship, both partners should make time for each other.

So if he’s always busy and never has any time for you except when it’s convenient for him and never when you want, it means that you’re not a priority in his life.

And if you’re not a priority, then it’s likely because he has someone else who is. 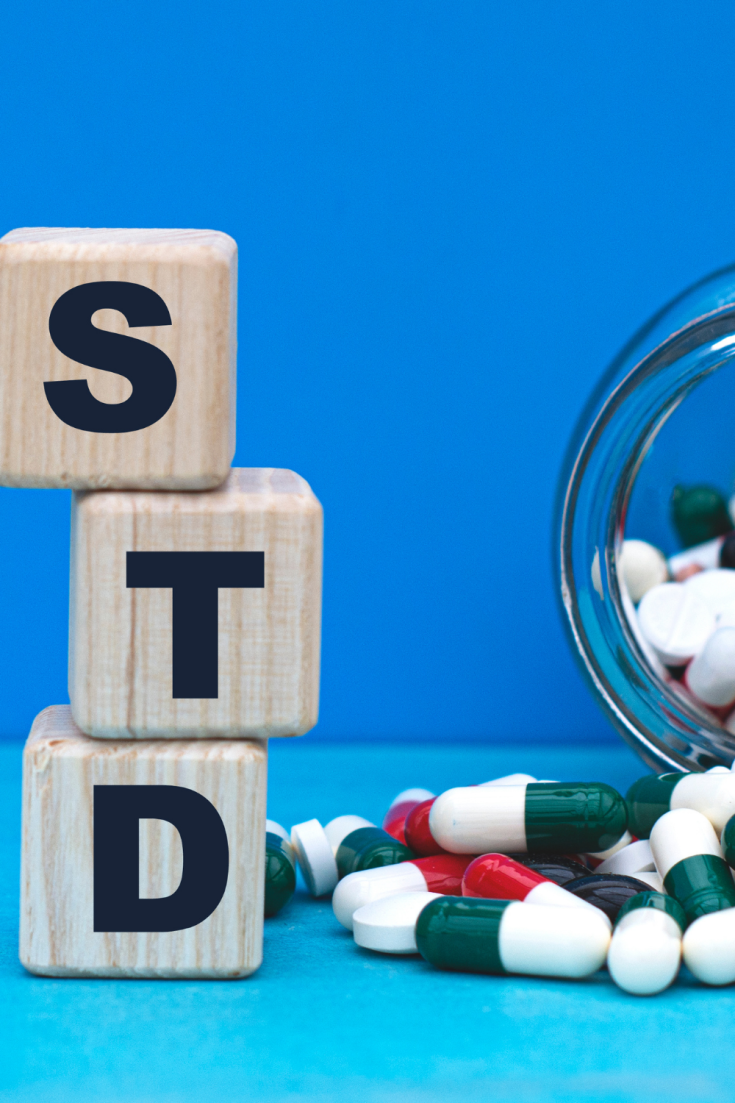 Men who have multiple partners are more likely to be infected with an STI.

If you have caught a sexually transmitted disease that is not yours, then it means that your partner has been having sex with other people.

And f he is not willing to get tested and treat his STD, he’s definitely hiding something.

4. You notice condoms in the trash

Some men who have multiple partners are smart enough to protect themselves.

So they’d often use condoms to prevent STDs and pregnancy.

If you’ve been noticing condoms in the trash in his house or he has a ridiculous stock of unused condoms, you might be dealing with a man who is busy between the sheets with other women.

5. He’s protective of his phone and PC

When a guy has more than one partner, he will want to keep his phone from you at all costs.

This is because he does not want you to see the messages from other women on his phone or PC.

If he’s not worried that you’ll find out something about him and his secret lover(s), then why wouldn’t he let you use one of these devices?

6. He doesn’t reveal a lot about himself

When you’re dating someone, you naturally want to know more about them.

However, if your partner is keeping things close to their chest, this could be a sign that they have something to hide — like someone else.

More so, sharing intimate details is a way to emotionally connect to a person.

A guy who has multiple partners isn’t looking for emotional connection.

So, he’s not going to be sharing things that will make him emotionally connected to you.

7. He doesn’t want to know you deeply as well

If he’s not willing to invest time in building a relationship with you and getting to know each other better, it could be because he’s already got a full plate with other women.

If he’s always coming up with excuses for why he can’t commit to being exclusive with you, it might mean he has many more women on the side.

Commitment is impossible for him.

9. He often disappears on weekends and vacations 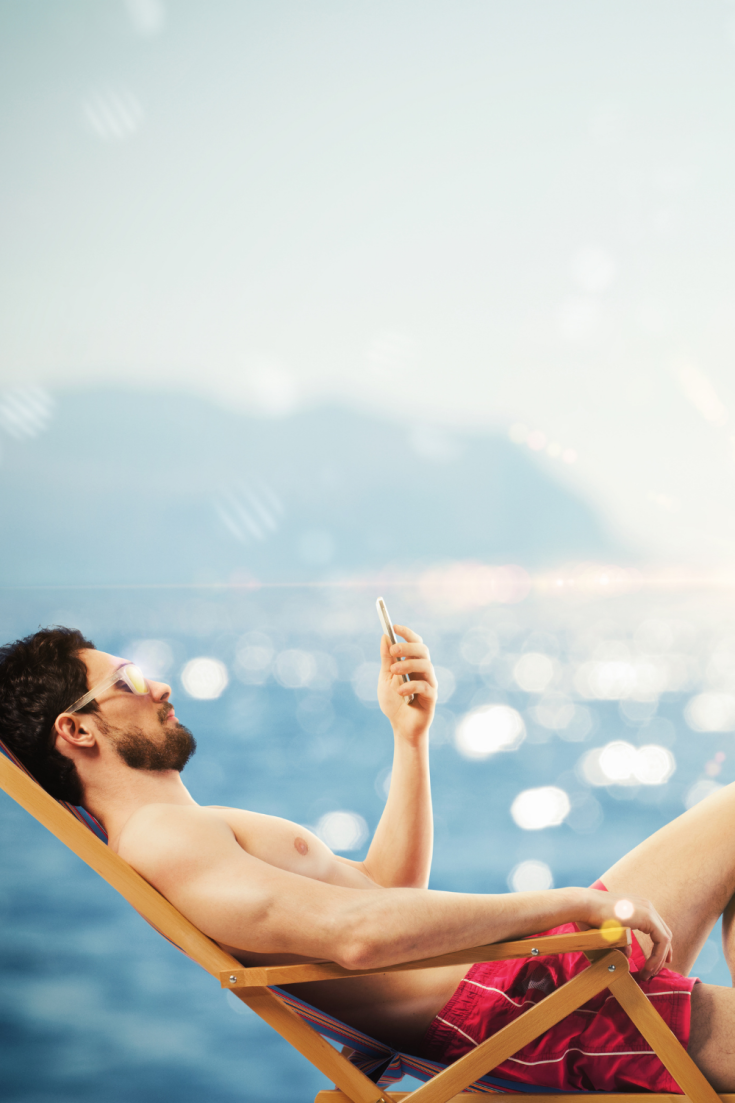 This one is pretty obvious.

If he disappears on weekends and vacations, chances are good that there’s someone else involved.

However, don’t jump to conclusions just yet.

Sometimes people disappear because they’re working hard at their jobs or socializing with friends and family members who live out of town (or even out of state).

But if your boyfriend disappears often enough that it becomes a regular pattern (and it seems like there’s no good reason for it), then it may be time to ask some questions.

10. He spends a lot of time on social media

Social media is a great way for people to keep in touch with their friends and family, but it can also be used as a tool for cheating.

Social media has made it easy to hook up with many women at once even from the comfort of your couch.

If your boyfriend spends hours on social media every day, then there’s a good chance that he’s talking to other women behind your back.

11. He looks at other women

If he constantly looks at other women or checks out other women when you’re out together, it could mean that he’s trying to find the next one on his list.

Men who have multiple partners always have wandering eyes.

They are never satisfied with the sight of you. 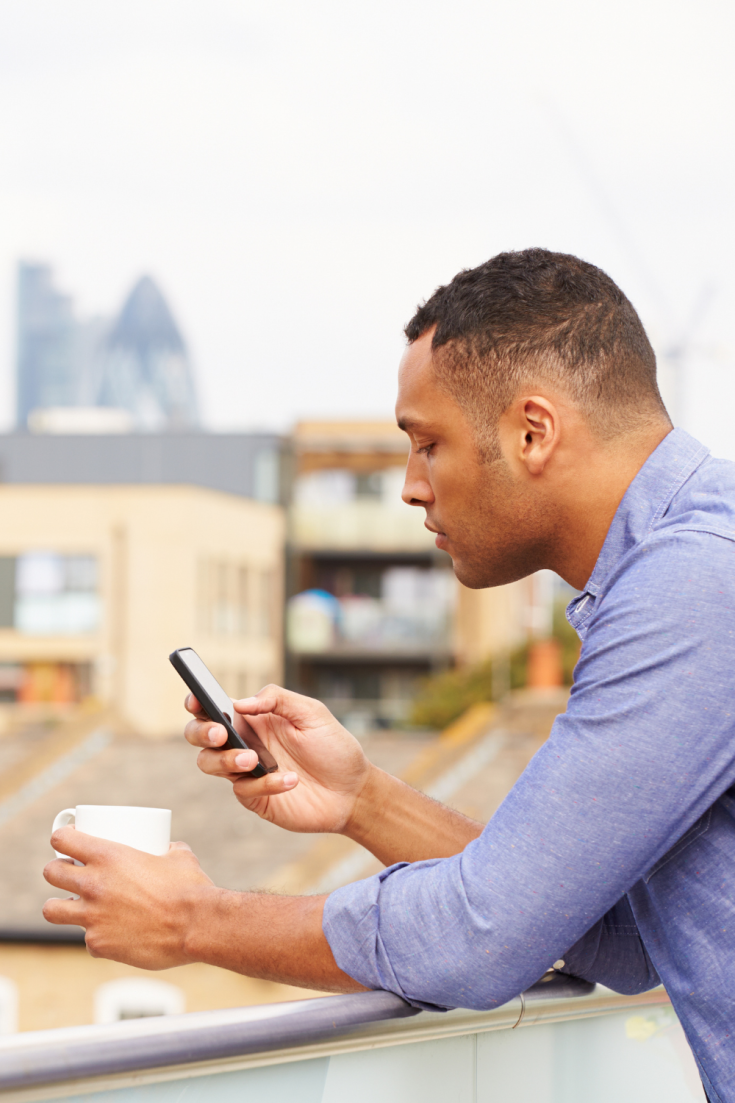 He’s always texting when he should be paying attention to you because he’s juggling multiple partners at once.

He can’t put down his phone, even when you’re together.

If every time he gets a call or text, he has to excuse himself to take it, that should set off alarm bells.

13. He’s evasive about past relationships

One of the most obvious signs he has multiple partners is that he doesn’t want to talk about his past relationships.

If he is reluctant to answer questions about previous relationships or gets defensive when asked about them, this could mean that there are things he wants to keep from you.

14. You catch him in a lie many times 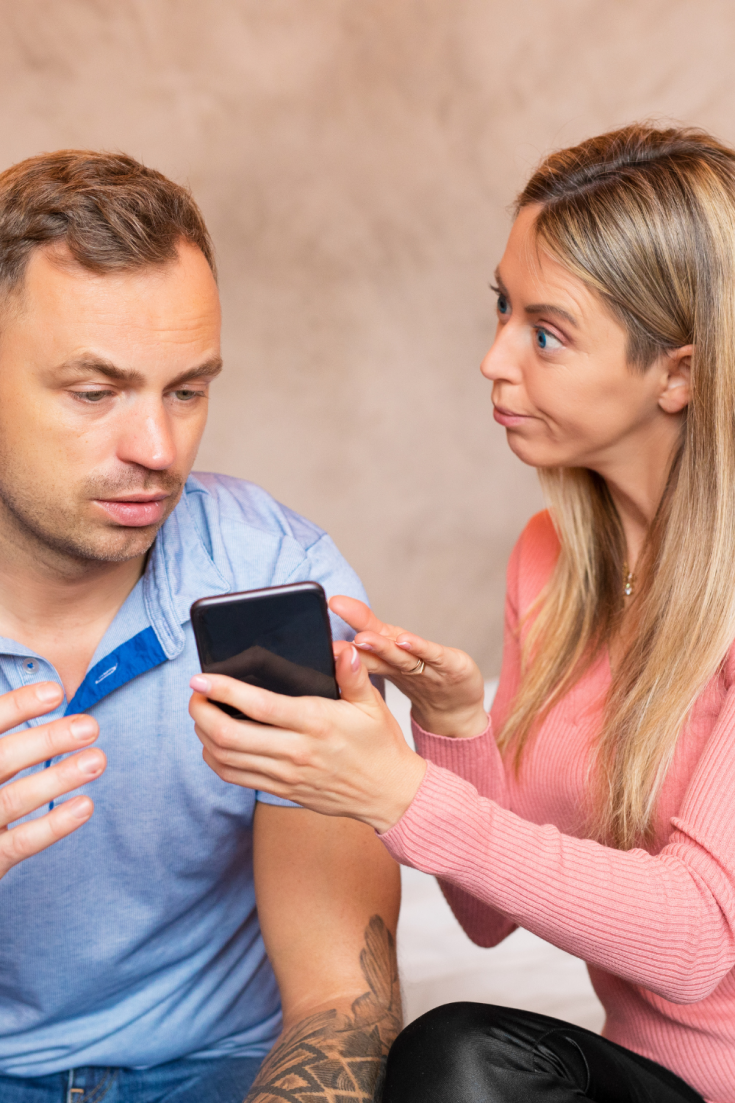 A man who has multiple partners has to be a great liar because he has to cook up stories that’ll make sense to his many partners.

So if your guy’s words are constantly inconsistent, he might be playing different women.

Remember, a liar has a short memory, so his stories will keep changing.

15. He doesn’t talk about the future

If he doesn’t talk about the future beyond spending time together in the present moment, it could mean he doesn’t plan on sticking around for long.

When you are committed to someone, you imagine your future with them.

But a man with multiple partners usually doesn’t have future plans for any of his ‘victims’.

Well, he might pretend to, just so he could get whatever he wants from them.

16. He’s obsessed with his fitness routine 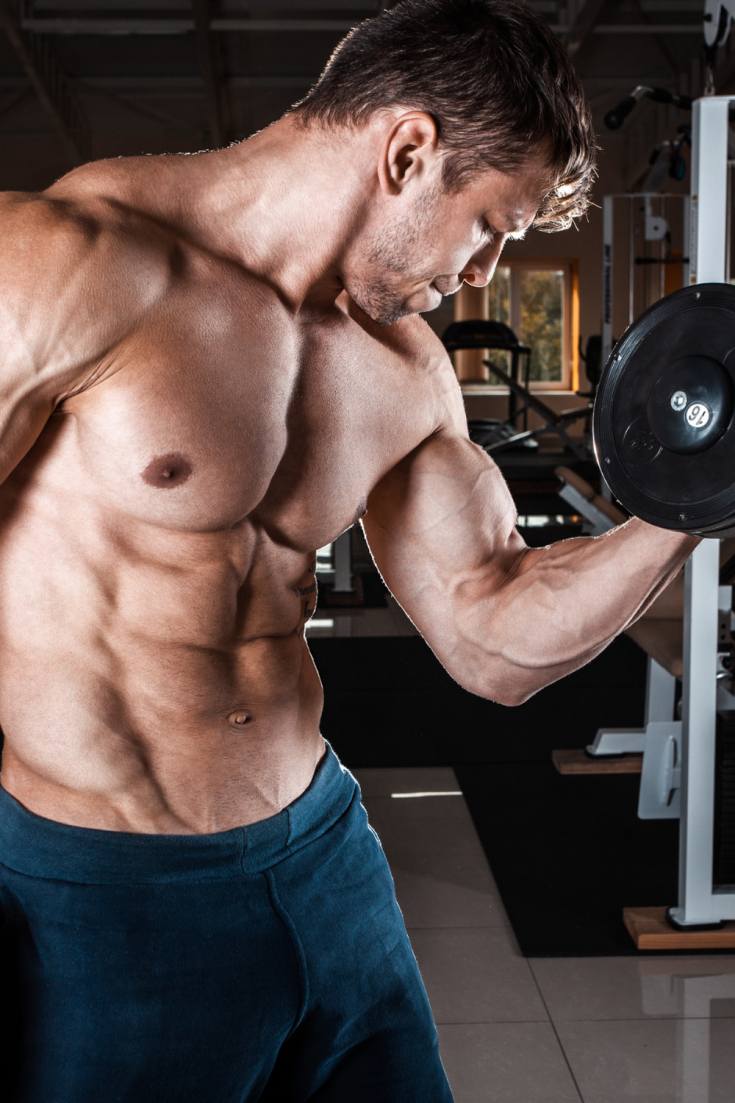 Men who have multiple partners are usually into fitness and staying in shape.

This is because they know that being fit makes them more attractive to other women, and also helps them stay healthy and energetic.

If your man is obsessed with his looks, that might be his seduction tool.

17. He’s never introduced you to his friends or family

This is because there are many of you!

So, you are not special to him.

You are one of many.

18. You give more than you receive

Love is give and take, but with a man who has multiple partners, you give more than you receive.

You feel like he’s using you; maybe for money, attention or sex.

19. He calls you by another woman’s name

When a man has multiple partners, it’s easy for him to get confused about which one he’s with.

He may call several of them the same name or use the same pet name for each one.

If you notice these signs, you should pay more attention to get convincing proof that he’s an unfaithful man.

Confront him and make a decision that your future self will be proud of.