If you know how to make a man feel emotionally safe with you, he will open up his heart and mind to you.

I know that most men are raised to be strong and stoic, but the truth is that they have feelings just like us women do.

They just express them differently.

Men love to share their feelings and thoughts, but they only do this when they feel emotionally safe with the person they are sharing with.

Here are some ways to make a man emotionally safe with you:

How To Make a Man Feel Emotionally Safe With You

1. Be honest with him 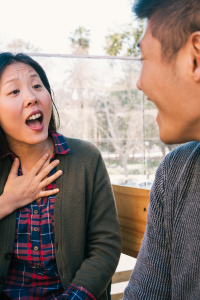 Honesty is the best policy in any relationship, but it’s especially important when you’re trying to make a man feel emotionally safe with you.

If you want to make a man feel emotionally safe with you, you’ve got be an honest person.

Honesty in words and deeds.

My husband always tells whoever cares to listen that one of the reasons he loves me is because I’m usually honest with him.

I tell him when he has done something right or wrong.

This doesn’t mean I’m insensitive to his feelings, but he trusts that I’m sincere and my thoughts towards him are good.

If you want him to feel safe sharing his feelings with you, you need to make sure that you’re not judgmental of him.

No one likes to feel like they’re being judged, and men are no different.

If he feels like you are judging him, he will not want to share his thoughts and feelings with you.

So, if you want him to feel safe with you, make sure that you’re open-minded and accepting of him.

This doesn’t mean you cannot disagree with him or tell him when he’s wrong.

But do it with the right attitude. 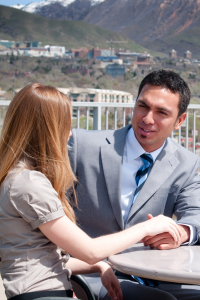 If you want a man to feel emotionally safe with you, you need to be a good listener.

Men appreciate being heard, and if you can show them that you’re interested in what he has to say, they’ll feel more comfortable sharing their thoughts and feelings with you.

Make sure that you’re really listening to him and not just waiting for your turn to speak.

Be sensitive, considerate, and empathetic.

4. Don’t try to fix his problems

It’s part of what we do.

We want to fix things.

So when a man is having a problem, we naturally want to help him solve it.

But this can backfire because men have different ways of dealing with problems than women.

When you try to solve his problems for him, it makes him feel like he’s not strong enough to handle them on his own.

If he wants your help, he’ll ask for it.

Otherwise, let him figure it out himself and give him emotional support when he needs it, but don’t try to fix things unless he specifically asks for it.

For instance, if he tells you about some problem he’s having at work, don’t immediately jump in with solutions for how he can fix it.

Instead, just listen and let him talk.

And if he does ask for your advice, avoid telling him what you think he should do.

Instead, just offer suggestions based on what YOU would do in the same situation.

And make sure those suggestions are ones that will help him grow as an individual, and not just because they benefit you).

5. Be vulnerable with him

Being vulnerable and opening up to someone is a big deal, especially if it’s your first time doing so.

But it’s important for him to see that you are comfortable enough with him to let go of your guard and be open about your feelings, hopes, fears, and dreams.

This shows that you trust him completely and that he can also do the same with you.

Emotional safety should be mutual. 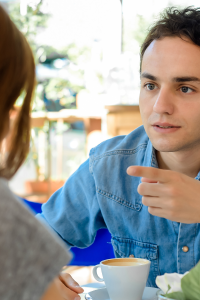 Asking questions is one of the best ways to make a man feel emotionally secure with you.

The more questions you ask him about himself and his life, the more he will realize that you genuinely care about him as an individual and not just as your boyfriend or husband.

This will help him open up more easily and share more of what’s going on with him.

But if you don’t ask him questions, it’ll seem like you don’t care about him. 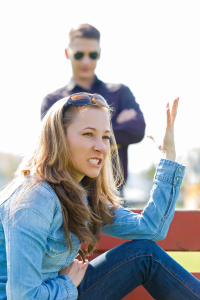 Nagging is one of the biggest reasons men close off from their partners.

There are times a man doesn’t want to talk about something because it’s too personal or embarrassing for him to talk about at all (even if he does want to tell you).

All you can do is be patient and wait until he feels comfortable enough to share with you on his term.

When you try to force him into talking about his feelings, he’ll usually shut down or push you away.

8. Give him space when he needs it 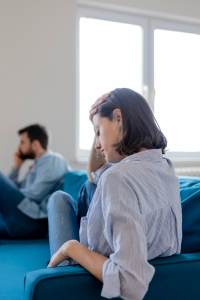 When a man feels emotionally safe with you, he will often need time to himself or time away from the relationship.

This is not because he doesn’t love you or want to spend time with you.

It’s just that he needs some personal space to process what’s going on in his life.

If he’s feeling stressed out by work or family issues, give him the space he needs to come back feeling refreshed and ready to talk things through with you again.

You will not make a man feel emotionally safe with you if you smother him with attention and act like you can’t breathe without him.

You need to show him you are a big girl who has and loves her life outside of him.

A man will respect you and feel emotionally secure if you are independent and can enjoy your life without him. 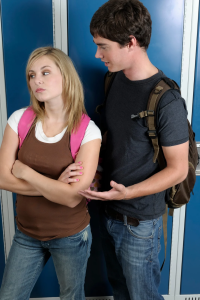 When men get upset about something, it can sometimes be easy to forget that they’re human.

They have feelings and emotions that sometimes make them say things they don’t mean or act in ways they later regret.

In other words, don’t take the things he says or does as an attack on you personally.

For instance, when a guy gets mad at you, there’s a good chance that it has nothing to do with you personally as much as it has to do with something else going on in his life.

Don’t assume that every little thing is about you until proven otherwise.

One of my favorite scenes in Riverdale is where Archie (KJ Apa) lashed out at Veronica (Camila Mendes) and told her to leave his house after his father was shot and undergoing surgery at the hospital.

Veronica refused to leave him because she understood he was acting out of pain, fear, and sadness, and it was not about her.

Trust me; I learned from that scene because I’d have been out of his house before the words came out of his mouth.

If you can learn to not take things personally, a man will feel emotionally secure with you because you’ll prove to him that you can handle anything.

10. Be careful with your sarcasm 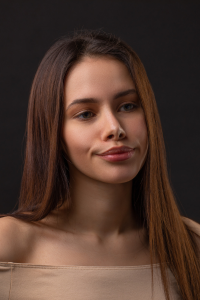 When he shares things with you, don’t make fun of him or belittle him.

Don’t use sarcasm when he is sharing something personal.

Don’t make fun of him if he cries over something sad on TV or is upset about something going on at work.

He might not even notice that you don’t mean what you say, but it will still hurt his feelings just as much as if you were being serious.

Laugh at yourself too, rather than holding yourself above him so that he doesn’t feel like there’s nothing wrong with him being vulnerable with you. 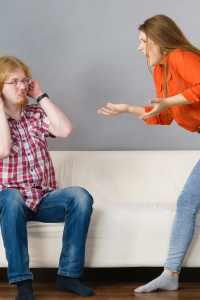 If you always complain and get angry over things, no matter how little, your man will feel like he has to walk on eggshells around you.

There’s no room for that kind of behavior if you want a man to be emotionally safe with you.

Truth is, you can’t make a man feel emotionally safe with you, but you can create an environment that makes him feel safe with you.

And that is what these points will help you achieve. 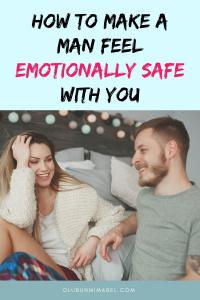