“How to give him space without losing him?”

When a relationship is new, people are really excited about each other.

You’ll have lots of fun together, and you’ll want to be together all the time.

After a while, you’ll get tired of being around each other.

You’ll want to do different things, go out with friends or do something by yourself.

But here’s the thing: Your boyfriend will most likely also feel this way.

People need their own space at times, and that’s okay!

Space can be a tricky thing in relationships.

How much space is too much?

How do you know when to give your partner space and when it’s time to step in?

Finding a good balance means learning how to give your guy space while also staying in touch with him enough that he knows you’re interested.

It takes some finessefinesse and creativity, but it’s doable if you try.

This blog post will teach you how to find the balance between giving your boyfriend the space he needs or you need while not losing him for good!

How to Give Him Space Without Losing Him

Determine why you need space before you even begin to give him space.

When the purpose of a thing is not known, abuse is inevitable.

Do you need time to yourself?

Are there things that he does that drive you crazy and you just don’t know how to handle them?

Are you feeling overwhelmed by life, relationships or both?

Or do you simply need time with friends or family?

Whatever the reasoning behind needing space, be clear about it before making any decisions on how much space is enough.

Because, if you are not clear on your motives, it will be difficult to stick to them.

If you’re giving him space because he’s been neglectful or distant, then tell him that.

If you need some time alone to focus on yourself and your relationship without his influence, let him know that as well.

Honesty is always the best policy in any situation.

When both parties are aware of one another’s needs and motivations, it becomes much easier to meet them halfway.

This goes for both giving and receiving space.

The clearer you can be about your needs, the more likely he is going to be willing to give you what you need.

If he knows the why, he is more likely to be understanding and accommodating when it comes to giving you space.

Just because he doesn’t want to see you every day of the week doesn’t mean he stopped thinking about you or isn’t interested anymore.

Maybe he has schoolwork, work, or family stuff going on, so it makes sense for you both to cool off for a few days.

If his lack of interest seems more permanent, that might be a red flag, but don’t jump to conclusions right away.

3. Understand that men need their own space

Space is important for men because it allows them to have time alone to recharge after being around people all day and maybe at work all night.

Men also use this time by themselves to do something they enjoy that isn’t being around people, such as going fishing or watching TV by themselves in silence.

Give him the freedom to have his own interests.

This is an important thing to do whether or not you are feeling the need for space right now.

If he has other interests, allow it!

This will only strengthen your relationship in the long run, if you truly love one another.

And men need it more than most women realize.

If you are the type of person who clings, gets overly attached and can’t stand to be away from your significant other for more than a few hours, then you might have a problem.

4. Don’t stop being friendly or affectionate

Many women believe that if they start giving their man space, they have to stop being friendly and affectionate.

When we give our guys space, what we mean is we’re going to be more in control of our own lives.

We’re going to stop trying so hard to please them, and spend more time doing what we want to do.

But this doesn’t mean that you have to stop being nice or stop being yourself.

Continue being friendly and warm when you’re around him, and don’t be afraid to show your affection.

It might help him feel more comfortable coming back to you once he’s/you both are ready.

5. Do not be clingy or controlling during his free time 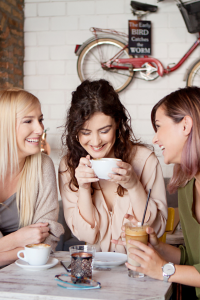 Don’t call him several times a day just because you’re bored and want him to entertain you every moment of the day while he’s out doing what he wants.

Instead, see if there are things you can do on your own.

Give yourself some space too.

If you’re always asking your boyfriend to see you or constantly texting him, chances are he is growing tired of it.

If you want to keep your boyfriend and be able to spend time with him, then you need to give him his space.

Trying to live on top of him is not going to work.

It will end up pushing him away instead of bringing him closer.

When you give your boyfriend space, you have the chance to miss each other when you aren’t around.

You also have the opportunity to both enjoy your own life and meet new people.

There’s nothing wrong with you having a life apart from your boyfriend.

If you don’t give him space, then he will begin to feel smothered.

He doesn’t want to be with someone who is always trying to get attention from him.

Instead, he wants a girl who can go out with friends, have fun and live her own life without being attached at the hip to her man.

If your boyfriend doesn’t feel as though he has his own space, then he will begin looking for it elsewhere.

Men are attracted to women who can maintain their own lives apart from their boyfriends.

This shows that they are responsible and independent women who don’t need a man in order to survive. 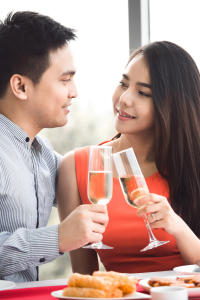 If you want to learn how to give him space without losing him, the last thing you want to do is completely avoid him.

This will only make him feel more isolated and alone, which is the opposite of what you’re trying to achieve.

Instead, try to find moments where you can talk and spend time with him.

Text him once in a while, ask how he’s doing.

When he asks you out on a date, go.

This will help reassure him that you’re still there for him and that you won’t abandon him just because he needs some time to himself or you need some time to yourself.

7. Don’t Try to Fix Every Problem

You should also give him space by not trying to fix every problem.

When he comes to you with problems, instead of immediately trying to solve them, listen and ask questions.

This will show him that you care without making it seem like you don’t trust his ability to handle things on his own.

A lot of people think that if they give their boyfriend space he will just be gone one day, never to return.

That’s not true at all.

In fact, when you give your boyfriend space, he will appreciate you so much more and want to spend more time with you than ever before.

Study after study has shown that the happiest and most successful relationships are those where both partners feel comfortable enough to have their own space.

I hope this article helps you in knowing how to give your boyfriend space without losing him. 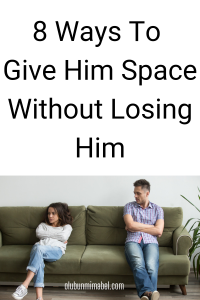 I won't stop being affectionate.

Glad you found it helpful