You have finally met the love of your life and he is everything you could have ever wanted.

The only problem is that he is always busy and isn’t able to spend time with you.

You know he loves you and will do anything for you but he just doesn’t have the time to give you what you want.

You don’t want to be a nag, so how can you make him see how much you miss him without seeming needy?

How can you keep a busy man interested without losing yourself, acting needy, or controlling?

It’s challenging but not impossible.

Remember that if your man is busy with work, his mind isn’t on other things such as relationships.

If he seems distant, it’s not because of anything that you’ve done wrong, it’s because he hasn’t got the time to concentrate on his relationship right now.

Men are very good at compartmentalizing things in their lives and just because they are busy with work, it doesn’t mean they don’t love us anymore.

It’s just not the most important thing in their mind right now. 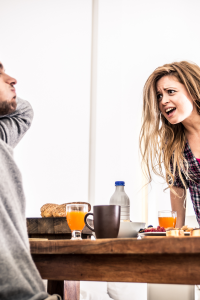 Constantly asking your man when he is going to be free or if he has remembered plans for a meal is just going to annoy him even more.

Men hate feeling like they can never do enough to please you.

You probably know what his schedule is like before you agreed to date him.

Nagging him will never keep him interested in you.

Instead, it’ll push him away.

Nagging will further stress him. 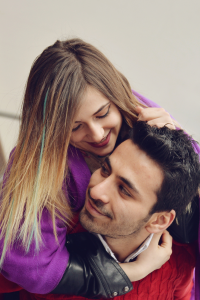 This is probably the most unattractive thing ever!

No man likes a woman who is too needy and expects her man’s undivided attention all the time.

Learn to give him space and time especially when he is acting distant.

Don’t panic and call him up every two seconds or suddenly show up at his apartment with tears in your eyes.

This is only going to make him run away from you even faster.

Instead of freaking out and losing your mind, allow him to miss you and realize what he is missing by being away from you. 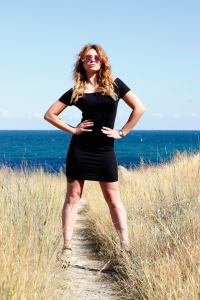 Confidence is king when it comes to attracting a man.

A confident woman exudes an energy that is contagious and draws people in.

They are excited to talk with her because they want to get to know her more.

A confident woman doesn’t need a man for anything but she chooses to have him as part of her life because he makes it better.

She can contribute something of value to the relationship.

She’s not insecure or draws her worth and value from a romantic relationship.

Confidence is a universal turn-on.

A busy man will remain interested in you when you exude confidence (not arrogance).

In fact, your confidence is assuring to him because he knows you are fine without him.

You are not falling like a pack of cards just because he can’t be with you for some time.

Being confident also means not being afraid to be yourself around him.

Men don’t like pretentious women who pretend to be someone they are not just to impress them. 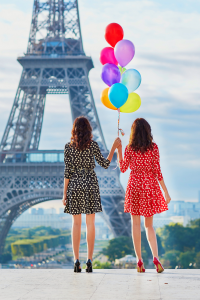 Being independent is a great way to maintain your own identity and make your own decisions so that you don’t become too clingy.

Independence is not about doing everything on your own; it’s about being comfortable enough with yourself that you know that you can be on your own if you want to be.

Show him that you can have fun without him.

Have other friends besides him so that he knows you don’t just rely on him for fun.

Go on a trip with your friends or do something with your family that doesn’t involve him.

A man who works hard has his own set of problems and issues.

Therefore, when he is tired and stressed out, you can make him feel better by just being there for him.

You can listen to him while he vents his frustrations and try to be supportive in some way.

The little things you do will not go unnoticed by your (busy) man.

He’ll appreciate the fact that you understand what he’s going through and you care about him and will love you even more for it.

You will keep him interested in you because he knows he feels safe and at home with you.

This helps to build an emotional bond that keeps a man attached to you.

7. Don’t be available all the time

Sometimes guys get too used to having their girlfriends around them all the time.

They get too comfortable with your presence and stop putting in an effort to make time for you because they know that you’d always be there anyway.

The less he sees you, the more he’ll miss you.

And if he misses you, then he would want to see you again and spend more time with you.

8. Show him how fun and exciting you are 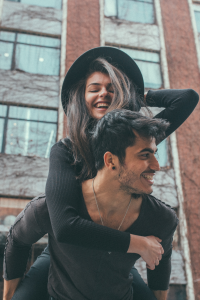 Men love a girl who’s playful and fun to be with.

If you’re always serious and bickering, he’s going to get bored.

Don’t take everything so seriously.

Not everything has to be a big deal.

Most things are not that important in the grand scheme of things and he’ll appreciate you not getting worked up about it all the time.

Learn to laugh at yourself and life.

The more you can make him laugh, the more he’ll want to be around you.

9. Keep your life interesting and full 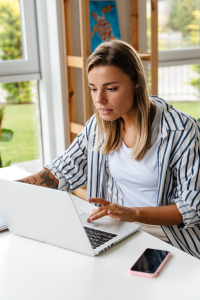 This will be necessary so that you do not get clingy and needy. If you are busy with work, hobbies, friends, or other things, then your mind will not be as focused on him.

A man will only keep his interest in you if you have interesting things going on in your life.

You have to be able to hold his attention, and the best way to do that is by showing him that you are a happy, fun person who has a lot going on.

If you’re always available and waiting around for him to call, he’s not going to see you as very attractive.

He’s going to take you for granted and put no effort into the relationship.

So, don’t make your life revolve around him.

Jealousy can be cute, but at times it can also be ugly and petty.

If you want to keep a guy interested, don’t go out of your way to make him jealous by playing games with other men or teasing him about other guys.

Instead of trying to make him jealous by pretending to be with someone else, show him something new and exciting about yourself and how you are doing fine without him.

11. Don’t hold back on compliments

If you like something about him, tell him directly.

A guy who is busy all the time doesn’t have time for games or unnecessary drama.

He needs a girl who can see past all of that and love him for who he is.

Be that girl for him and show him your appreciation for who he is and what he does for you when he can find the time to do it.

12. Respect his work and professional boundaries 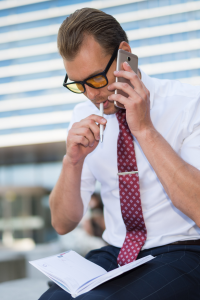 If you want to know how to keep a busy man interested in you without acting needy, respect his work and professional boundaries.

Don’t ask him about his work all the time or insist that he should be spending more time with you instead of at work.

That kind of behavior will never work in your favor because it will only make him think of you as clingy and annoying.

Keeping a guy interested can be as simple as doing what he loves with him.

Learn what your guy likes to do and then suggest something that you will both enjoy.

For example, if he loves to play basketball, invite him to play with you sometime.

If you’re having trouble thinking of things to do, consider his interests and the activities you both enjoy.

Look for common ground and plan something that you’ll both enjoy.

If he likes going to the beach, ask him if he wants to go surfing or lay on the beach together.

If he doesn’t want to hang out, don’t take it personally.

He may be busy or stressed out about something in his life.

Instead of getting jealous or upset, try again another time.

A busy man is not a bad man.

A man who has many things to accomplish and many people to help is usually a good guy.

Just because he has a lot of obligations in his life doesn’t mean he will neglect you and treat you badly.

Busy men can be hard to keep up with, but you can keep them interested if you stay calm, cool, and collected while you arm yourself with these tips! 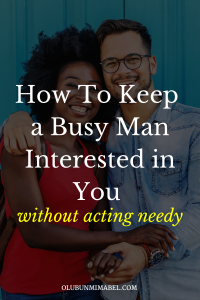