We all have seen men who are so in love with a woman that they will do anything for her.

We also have seen men who hate to be told what to do.

But will a man change for a woman he loves?

Men are creatures of habit; they like their way of doing things and will resist any changes like the plague.

How a man feels about you will determine how much he is willing to change.

If he has deep feelings for you, he might be motivated to make changes and compromises to please you.

Will a man change for the right woman?

The following are some signs that suggest a man will change for you if he loves you:

Will a Man Change for a Woman He Loves? Signs He Will

1. He listens to you

You can tell if a man will change for a woman by how much he listens to her and how much he values her opinion and wants her approval.

If he cares about your thoughts on things and tells you that your opinion matters, it is a good sign that he will change for you because you matter.

He wants you to be happy with him and trusts that your opinion will help him achieve that.

Will a man change for a woman he loves?

Yes, if he pays attention to what you say.

2. When he takes responsibility for his actions

A man who can admit when he’s wrong is a man who might eventually change for you.

No one wants to be wrong, and being able to admit that you are wrong is a huge sign of maturity.

If your partner can accept that they aren’t perfect, it’s hopeful they’ll change.

3. He genuinely says sorry and means it 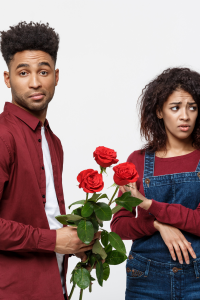 A man willing to change for his woman will take responsibility for his actions and try to make amends by apologizing without being asked first.

Saying sorry is not easy for everyone, but if your partner is willing to say sorry, then it shows that he cares about how his actions affect you.

4. He’s always trying to impress you and make you proud

If your man is always trying to impress you and show off, he cares what you think of him.

He will try extra hard to ensure that whatever he does is good enough for you.

He will do everything to improve himself and his life because he wants to be the best version of himself for you.

It’s a good sign he will change because he wants to impress you.

5. He opens up about his feelings to you 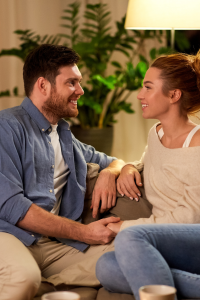 Men are notorious for closing off their feelings and emotions, but when a man loves a woman, he does not mind showing her what lies underneath his cold demeanor.

He will open up and tell her about his dreams and fears and how she makes him feel.

This is one of the signs a man will change for the woman he loves.

Men in love are afraid of making their women angry because they know that when they do something wrong, they can never erase those bad memories from their women’s minds.

They will do everything to make sure that you are always happy with them.

That is why they work so hard at earning your respect and admiration day after day.

A man who is sensitive to your feelings is likely to change for you.

7. He seeks your advice 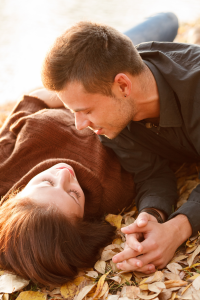 He wants your opinion on everything because he trusts your judgment and values your thoughts and feelings more than anything else, especially when it comes to him as a person.

So, he is likely to change if he seeks your opinion on being a better man.

8. He’s making an effort to be better

Making an effort to be better is one of the signs a man will change for a woman he loves.

No matter how much you love someone, you have to make an effort to show it.

It takes time, energy, and dedication to improving your life.

So if he’s putting in the extra work to be better for you, he cares about making you happy.

9. He is willing to talk about his past flaws and is open to working on them

If a man truly loves you and is willing to change for you, he will tell you about what he did wrong in previous relationships and explain how he’s learned from them.

Only someone ready to make important changes and do whatever it takes to make a relationship work would be so open about their shortcomings and how they plan to improve on them.

10. He is candid with you and doesn’t try to hide anything from you

It’s tough for people to be completely open about their lives, especially when they’re used to keeping secrets or hiding the truth from everyone around them.

If a man has no problem confiding in you about the things that bother him or sharing everything with you – even the bad things – then it’s because he trusts you and wants you to trust him too.

Sure, some men are stubborn and will never change their ways.

But then again, you might be surprised at how much some men can change for the woman they love.

He might not change certain things about himself, but if he genuinely loves you, he will try his best to accommodate your needs or meet your expectations.

The more someone means to us, the more we’re willing to give up and do things differently if it means keeping them around.

Getting a guy to make changes for you is one of the great challenges of relationships.

Still, some guys will change for the women they love.

You don’t want to be in the position of asking a man to change or trying to convince him that he needs to change.

You want him to realize that he needs to make changes for himself because he loves you so much.

So, when a man knows how much his woman loves him and knows that she has his best interests at heart, he will make changes for his own sake.

What Should a Woman Do? 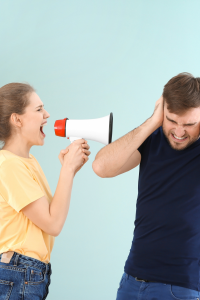 If you want your man to change, the first thing you need to do is stop nagging.

It makes you look desperate, needy, and insecure.

It makes him feel disrespected and puts him on the defensive.

If he’s doing something that bothers you, talk to him in a calm, respectful way.

Explain how you feel and why it’s important to you that he change.

If he doesn’t take your feelings seriously or refuses to change his behavior, then it’s time for a serious heart-to-heart about the future of your relationship.

If he still doesn’t listen, he will never change.

This could cause your boyfriend to feel inferior and become self-conscious about the changes he needs to make.

The key to getting your boyfriend to change is showing him how his actions affect you.

You have to explain how his behavior makes you feel, not why it is wrong.

Explain that the things he does or say make you feel a certain way, and then let him know how he can change this behavior so that you don’t feel that way anymore.

Be specific about what changes need to be made, and listen when he talks about them with you.

3. Be patient and supportive 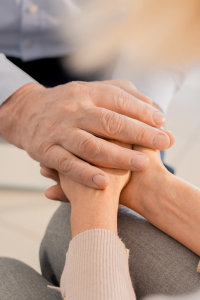 Make sure that your expectations are realistic so you won’t get too frustrated while trying to help your boyfriend change his habits.

It is a mistake to demand that he change.

You must realize that you can’t MAKE him do anything.

The more you demand, the more he’ll dig in his heels and refuse to change.

On the other hand, if you express your feelings about your relationship when you feel hurt, sad, or angry and tell him what he does that hurts you and how it makes you feel.

Ten, HE can decide whether or not it’s important enough to him to change his behavior.

Let him know that you appreciate all the effort he puts into changing himself, primarily for himself.

Finally, you must understand that the only person you can change is yourself.

If you want to make him change, then you must learn how to change yourself in a positive way that will make him want to change himself for the better too.

Men don’t like being pressured into changing themselves for someone else.

They feel as though they are being manipulated or cornered and will not be happy about it at all.

If anything, he will just resent you for pressuring him so much that he stays even more stubbornly attached to his old ways than before! 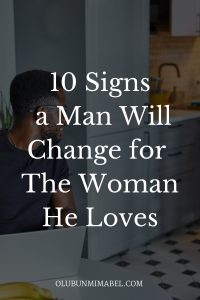