You don’t often come across articles on how to make him respect you.

But there are unlimited books and articles on how to make a man love you or love you more.

This is because we’ve been fed the stereotype that ‘men want respect, women want love.’

There are even a bunch of books bearing that title.

I don’t know about you, but there’s no love without respect for me.

I feel loved and honored when I’m respected.

Respect is a feeling of deep admiration for someone or something elicited by the esteem they deserve.

It’s the kind of respect that comes from being an awesome person, not the respect you get from being afraid of someone or because you’re related to them.

Why do you need to know how to make him respect you?

So you have to teach him how to respect you if he’s not doing that.

You determine how you want to be treated.

HOW TO MAKE HIM RESPECT YOU

If you don’t believe you deserve to be respected, your man certainly won’t believe it either.

You have to walk around with a sense of confidence and conviction that you are worthy of respect.

This will show in how you act, how you look and how you speak.

If you don’t believe you’re to be respected, then you won’t mind being disrespected.

Don’t subscribe to the school of thought that women are to be loved and not respected.

You’re to be loved and respected.

I believe in mutual love and respect in relationships and marriage.

2. Don’t be afraid to form your opinions 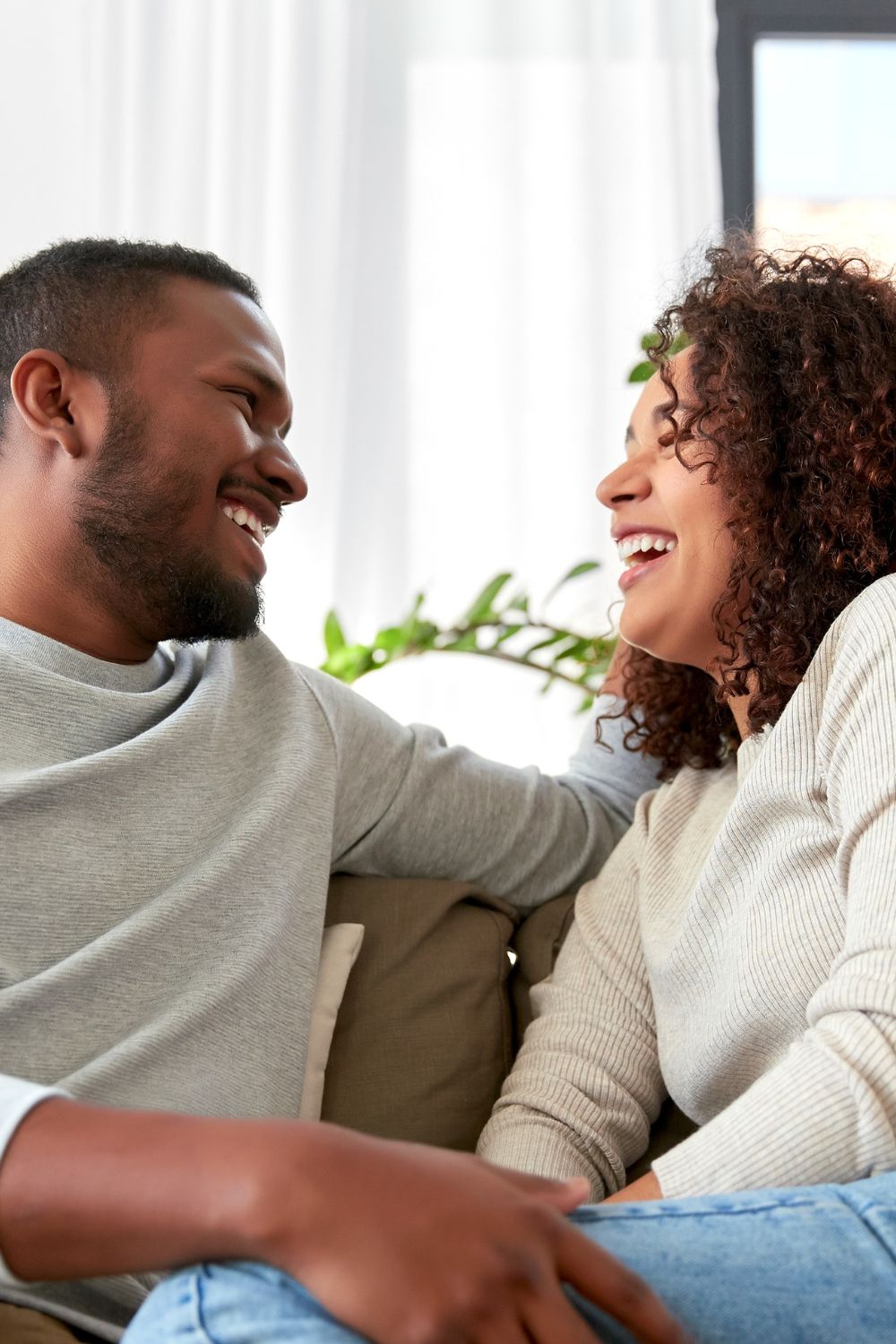 How can a man respect a woman who consistently refuses to form opinions about anything?

If you aren’t willing to take a stand on anything important, he’ll assume you have nothing of value to contribute to the relationship.

And if you simply don’t have an opinion on something that he cares about a great deal, he might wonder why you’re with him at all.

If you’re not sure what his priorities are, ask him.

Then decide whether your opinions align with his or not.

You want to be a woman who knows what she wants and isn’t afraid to form her own opinions and go after them.

This is a quality that men find attractive in a woman.

I wonder why it’s expected for a man to have strong opinions and a woman is termed ‘opinionated’ when she dares to have her own opinions.

Don’t be bullied into silence.

Be flexible and open-minded enough to consider other people’s opinions.

If you have an opinion on something and you are not afraid to speak up, then this is a good thing.

If you are always saying, “yes” when you really mean “no” because you don’t want to hurt anyone’s feelings, then this is not a good thing.

Agreeing to everything a man says because you want to appear submissive isn’t going to earn you the respect you desire.

Don’t be afraid of speaking your mind but don’t just say things for the sake of being controversial either.

If you think the way he’s been acting is inappropriate, tell him.

If you think he’s not listening to your needs, make sure he knows.

Not only will it show that he can trust you, but it will also tell him that you feel confident enough in your own convictions to express yourself.

Being open about what matters most to you will breed respect for your opinion.

Even if he disagrees with that opinion, he’ll respect that you have one of your own and aren’t afraid to voice it when necessary.

You don’t have to lose your uniqueness and individuality because you’re in love.

3. Have values that determine your standard and communicate them to him

Your values determine your standard of behavior and how you deal with others.

Your sense of self-respect is a direct result of your personal values.

For example, if being honest is one of your values, then you will be a person who respects other people’s right to know the truth.

Lying is not part of your value system, therefore you expect the truth from your partner.

It is important that you communicate your values to your man.

To do this, don’t be vague.

Tell him what you expect from him.

Tell him what kind of behavior is unacceptable to you.

Being vague will just cause more confusion and frustration for both of you.

Also, give a reaction that is consistent with your values.

Don’t expect him to read your mind and know what your reaction should be.

4. Don’t hesitate to air your displeasure

A lot of ladies share with me how they never complain, no matter how much a man hurts them because they want peace to reign.

You’re just going to let yourself be a doormat because you want some ‘peace’ to reign?

What kind of peace will you have when you forfeit your own peace?

You don’t have to nag, but don’t hesitate to let him know clearly what you like and don’t like.

How can a man treat you anyhow and you’ll keep quiet? Because you’re afraid you’d lose him?

Then he was never meant for you.

A relationship/marriage where you cannot speak your mind will never make you happy. 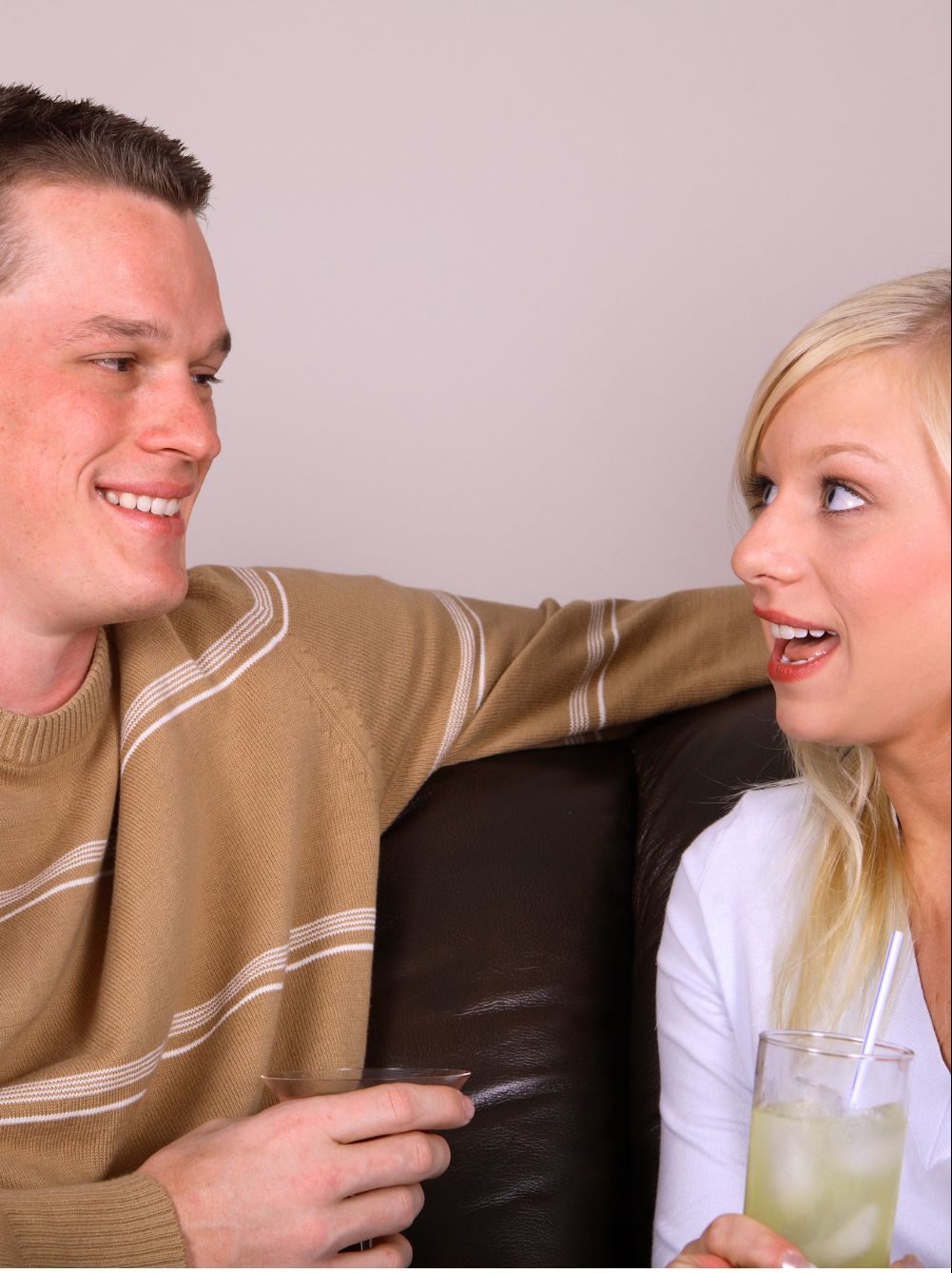 Men respect women who are intelligent, who can make meaningful contributions.

Women they can have an intelligent conversation with.

Women who stimulate their intellect.

While your beauty may have attracted him, your intelligence will make you fun to be with and valuable to him.

A man will respect a woman who gives valuable opinions.

He’ll seek your opinions on things before making decisions because he knows they’re priceless.

Everything shouldn’t be about physical looks.

Your man wants someone who can converse at his level without being boring or condescending.

Can you talk about serious issues or only superficial topics like celebrities and fashion?

Invest in your mind as well.

Be an avid reader.

Know a little about something.

In this age where you can find almost anything on the internet, you can’t afford to be ignorant.

Do all these for yourself and not for a man.

The respect will come by being yourself.

Self-respect commands respect from others.

There are some things you won’t do if you respect yourself.

If you respect yourself, you won’t do things that would trigger disrespect from anyone, not even your man.

For instance, if you insult someone, there’s a likelihood that you’ll be insulted in return.

So don’t treat your man the way you wouldn’t like to be treated.

I know we are not perfect and we do some silly things at times.

However, this should be occasional and not a way of life. 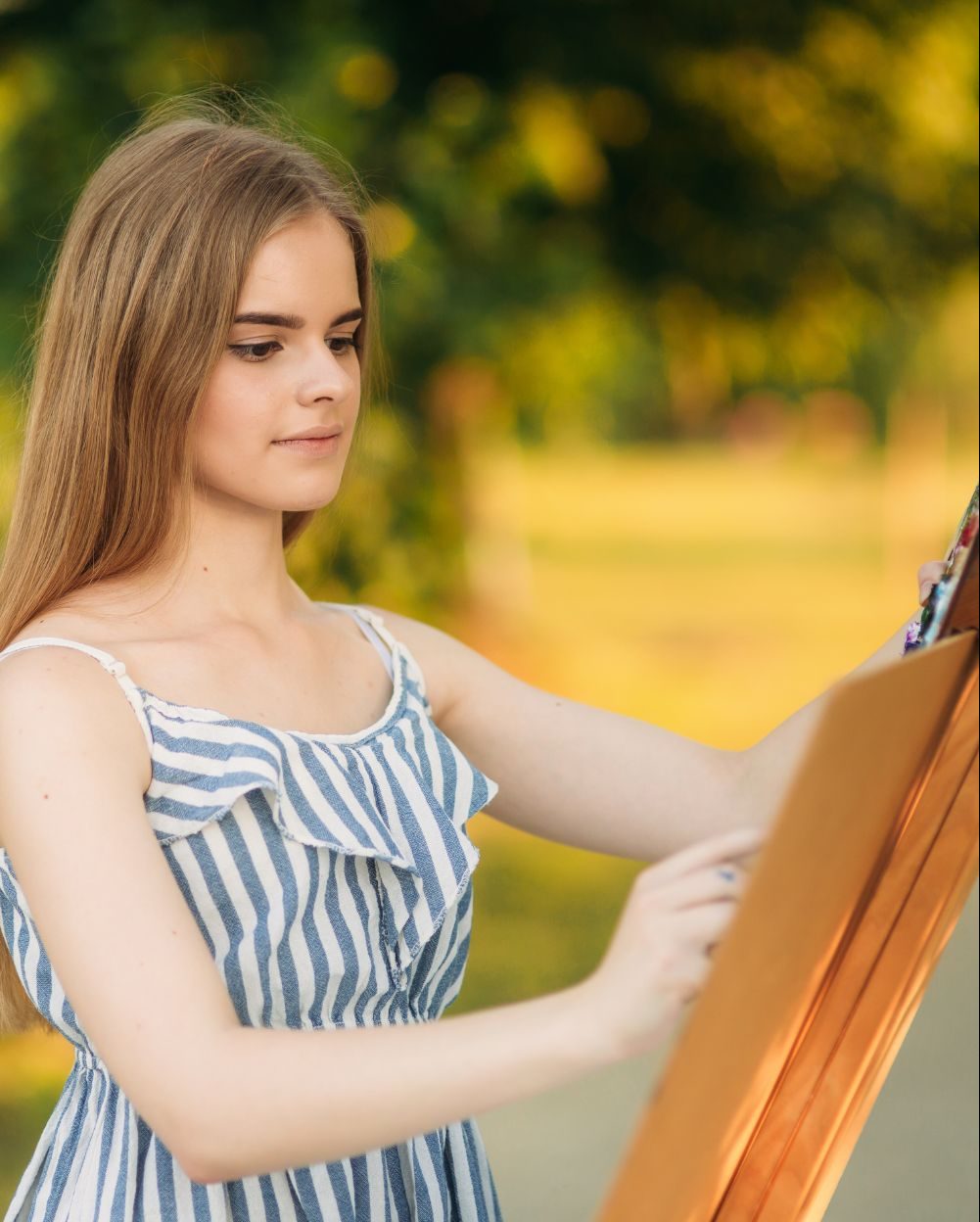 If you make a man or a relationship the alpha and omega of your life, you’ll be disrespected because no man wants a liability.

Do you have anything else to live for apart from a relationship? Do you even have a passion or something else you derive joy in?

You’ll suffocate a man if all you live for is your relationship with him. You’ve gotta get a life! Have something going on for you.

Get a life, babe.

8. Be a woman a man is afraid to lose 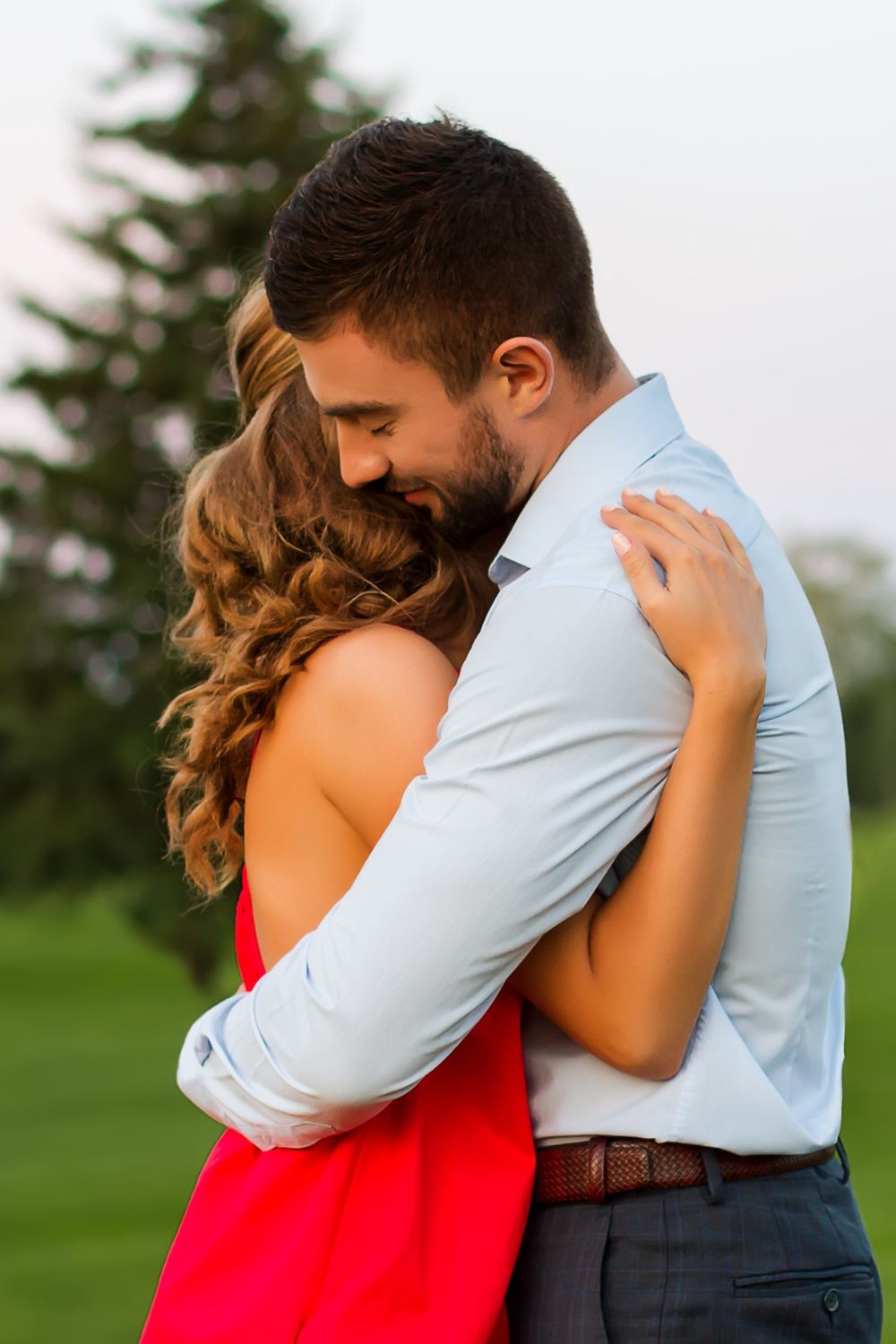 A man will respect you if he’s afraid to lose you, and that’s if you’re the lady of his dreams, if you add value to his life in a way no other woman can.

9. Don’t compare yourself with other women

There are probably things you don’t love about yourself and there might be things you admire in other women, but constantly comparing yourself with other women in the presence of your man shows you’re insecure, and that’s not a way to earn his respect.

Because life isn’t black and white, you can do all these things and a man will still choose to disrespect you.

It’s left for you to decide to put a stop to it or continue to be disrespected. 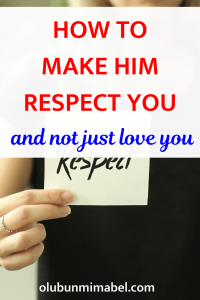 Thank you so much for this topic ! Yes i am the one who always respect myself!

Thank you do much, I really appreciate your advice. That’s was wonderful to read a real thing about how to keep my life safe from my .

Glad you found it helpful.

I remember having a discussion with a guy and I mentioned the bit about wanting a man who respects me. This guy didn't get it and at some point tried making me feel like I was abnormal to want respect in a relationship... But this article just makes me feel sane. Thanks.

Wow! I'm glad you know what you want. Respect should be reciprocal.