As a woman, you know it’s not enough to be dating a guy; you also need an assurance that he values you and is afraid to lose you.

There’s a feeling of security in knowing a guy loves you and wants you in his life forever.

What are the signs he doesn’t want to lose you?

15 Signs He Doesn’t Want To Lose You

1. He goes out of his way to make you happy 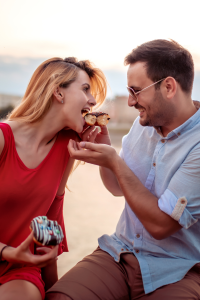 Perhaps the most obvious sign he doesn’t want to lose you is when he goes out of his way to make you happy.

When a man cares about you and is invested in his relationship with you, he will prioritize your happiness.

He will do things that make you happy.

It could be in simple things such as buying you your favorite snacks, helping with household chores, and sending cute love messages to assure you of his love.

He won’t derive pleasure in hurting you because your happiness is his happiness.

A man who cares less about your happiness doesn’t mind losing you.

2. He tells you how he feels about you and often

Nothing is more reassuring than when a man tells you how he feels about you.

Actions may speak louder than words, but words are still important.

And if a man is regularly telling you how much he loves you, how much he misses you when you’re not together, and how much he doesn’t want to lose you, that’s a pretty big deal.

He could be saying it because he thinks it’s what we women like to hear (which is true), but if he doesn’t mean it, his actions will eventually show it.

But if both his actions and words match up, that’s a great sign that this guy wants to keep hold of the amazing thing you have together.

3. He spends quality time with you; he doesn’t ghost you 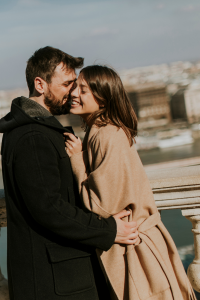 If your man is really into you, he’ll make time for you.

Even when his schedule is busy, he’ll make it a priority to be with you.

He won’t just sit around at home and wait for you to call or text him; he will initiate conversations.

He won’t suddenly disappear for a long time without letting you know where he is going or what he will be doing.

He also won’t leave you wondering where he is or what’s going on in his life.

A guy who doesn’t want to lose you will keep in touch.

The one who ghosts you isn’t serious about keeping you.

4. You can be yourself around him

If you can be yourself around your man and feel comfortable doing so, i’s a good sign you’re deeply connected.

It shows you’re both secure enough in yourself to let your guard down, which allows you to create trust and a deeper bond with one another.

You don’t have to pretend to be someone else for him.

Rather, he loves and accepts you as who you are.

I can’t imagine being with someone I can’t be myself around.

If a man makes you feel like he’d rather change who you are than love everything that makes you, you- your personality, dreams and goals, family, etc., that’s a sign that he’s yet to be satisfied by you.

This is not to say that you are perfect or shouldn’t work on your flaws.

But a man who wants you will be patient with you as you work on yourself.

5. He treats your friends well

If a guy doesn’t want to lose you, he will treat your friends well because he knows their opinions about him will greatly influence his relationship with you.

He will make an effort to know them and genuinely enjoy their company when necessary. 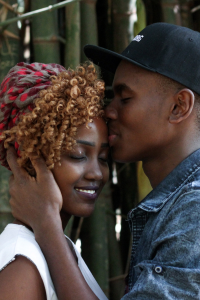 A man who wants to keep you will be there when you need him.

He will be consistent, dependable, and trustworthy.

After all, what kind of boyfriend would he be if he wasn’t there for his girlfriend when she needed him?

A man solely interested in sexual gratification isn’t likely to make any effort outside of the bedroom.

And if he does, all his efforts are aimed at getting you into the bedroom.

If s*x is all a man wants, there are plenty of other ways for him to get it besides putting himself into a relationship with you.

A man who doesn’t want to lose you is not after your body even though he’s sexually attracted to you.

If you don’t want to be physically intimate with him until marriage, he’ll respect your body and wishes and wait until you are ready.

This is a huge sign of a man who is scared to lose you.

The one who doesn’t care whether you’re in his life or not will take to his heels if s*x isn’t on the table.

8. He values your opinion

When a man values your opinion, he trusts that your feelings and thoughts are valid.

If he asks you how you feel about something—whether it’s a new restaurant, movie, or an important decision at work, he trusts your opinion enough to consider what you have to say.

Your input is valuable, and he wants to know that he can always count on your sound advice.

He will never make you feel like your opinions and ideas don’t matter; instead, he will learn from them and value them.

9. He brings you around his friends and family

If you’re hanging out with your guy and he introduces you to his friends, that’s a good sign.

It means that he feels comfortable with you and wants to show you off to the most important people to him.

If he takes it a step further and introduces you to his family, he surely wants you for keeps!

A guy whose intentions aren’t pure towards you will keep you and your relationship a secret.

10. He shares important things with you

When a man is serious about you, he will open up to you.

He might tell you what stresses him out or why his family drives him crazy.

If a man feels comfortable with you, he will be vulnerable and not hide stuff from you.

If a guy has decided you are the one he wants in his life forever and wouldn’t want to lose you, he won’t be actively looking for other women.

He won’t have wandering eyes, join dating apps, or flirt with other women.

A man who wants to lose you will flirt with other women, both in person and on social media.

But if he’s afraid to lose you, whenever a woman starts flirting with him—whether in real life or virtually—he’ll reject her advances and tell her that he’s already taken by a wonderful woman (you).

12. He talks about the future with you

If a guy is not afraid to talk about the future with you, he wants you to be a part of his life.

He talks about how he sees himself in five years, ten years, and beyond.

A man who doesn’t care about losing you will boycott talks about the future because he knows you will not feature in his future.

13. He makes an effort to improve himself 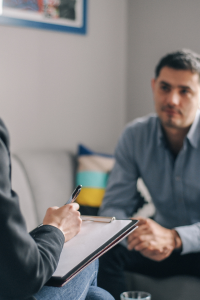 A guy interested in keeping you around will be inspired to become the best version of himself for you and your relationship.

This could be in different ways: getting more education to increase his prospects, working on his weaknesses, getting help to get rid of his bad habits, and whatever you’ve always complained about.

If a guy ignores your concerns and doesn’t make an effort to improve himself, it shows he doesn’t care whether you remain in his life or not.

14. He supports your life goals and aspirations

A guy who is afraid to lose you will support your dreams and aspirations.

You can’t even tell me otherwise.

Many women have sacrificed their dreams and passions on the altar of romantic relationships.

I doubt if those women can ever be fulfilled because you need more than a romantic relationship to be a whole person.

Romantic love cannot fill the vacuum that your passion is supposed to fill.

A man who wants you in his life forever wants you to be happy, and he knows you’ll be happy when you do what makes you happy.

15. He apologizes when he’s wrong and settles conflicts on time 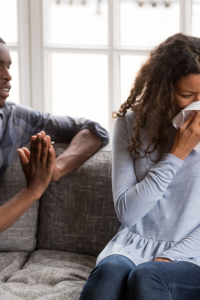 Last but not least, a man who doesn’t want to lose you will apologize when he hurts you.

This is proof that he values you and his relationship with you more than his ego.

Some men would rather lose you than say sorry.

That only says how much value he places on you.

Apart from the fact that a man who genuinely loves you will not want to make you unhappy, he knows that he will likely lose you when conflicts linger.

When a man is scared to lose you, he wouldn’t want to take that risk.

So, when you two disagree, he doesn’t disappear into thin air or give you the silent treatment.

Instead, he makes himself available for communication for resolution.

If your man does most of these things, he certainly doesn’t want to lose you! 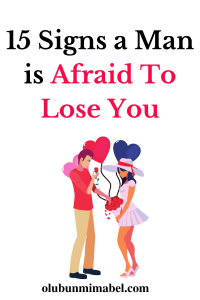 DO REBOUNDS MAKE YOU MISS YOUR EX MORE? YES AND NO…