Dating a man with kids has its perks, but it also has its challenges, all of which require careful consideration.

In the beginning, when you first meet a man that has a child, you might get caught up in the “candy coating” of what it’s like to be around him.

He seems so sweet and sensitive and treats his child in such an amazing way.

All that can easily put you on cloud nine, but as time goes on, you will soon realize it’s not exactly a walk in the park.

Here are reasons not to date a man who has kids:

14 Huge Reasons Not To Date a Man With a Kid 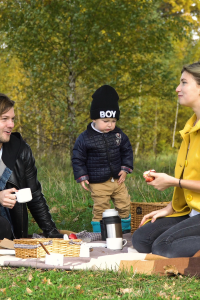 Don’t get me wrong here, if you have kids of your own and you’re dating a guy with a kid, it is completely different.

You can relate to what he goes through as a father, what it means to raise a child, the responsibilities that go with it, and so on.

But if you don’t have any kids yourself, dating a man with a kid can be tricky.

You’re not the only one in his life and even though he wants to spend time with you too, his family will always come first.

And how can it not?

His kid(s) are an important part of his life and he has to make sure everything is alright before he makes plans for the weekend or takes off on a vacation with you.

It doesn’t matter whether he gets along great with his ex-wife or if he doesn’t even talk to her anymore – she’s still the mother of his children and that makes her an important part of his life as well.

If you want to date a man with a kid, then you need to take into consideration the fact that this situation can potentially issues between you if not handled maturely.

2. He might feel guilty that he can’t be with his child more and take it out on you 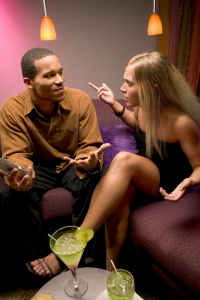 A man who doesn’t have much of a relationship with his child might be looking for someone to fill that void.

He might feel guilty that he can’t be with his child more and take it out on you, especially if he is having financial or emotional problems because of his divorce or separation.

He may also find it hard to adjust to having a new partner around and even harder to adjust when his new partner tries to step into a parental role with his child.

The result could be him resenting your presence in both of their lives.

3. You’ll have to deal with his kid’s mother

You’re going to have to deal with the child’s mother regularly.

You can’t replace the mother of his kids, so don’t even try.

Whether it’s dropping off the kid, picking up the kid, talking about school issues, paying child support, etc., she will be in your face one way or the other.

4. The child’s mother may call the shots

Most women don’t want another woman raising their child, so she will do everything in her power to make sure “the other woman” is out of the picture.

When you date a man with a kid, his child’s mother may try to control your relationship.

She may call the shots and make demands when you don’t get along with her.

If she has a bad attitude toward you, it can make things difficult between you and your man.

If he has joint custody of his child, it may also mean that he spends time with his ex even though they’re no longer together.

Spending time with an ex isn’t healthy for many relationships because it can cause jealousy or confusion about what’s going on between the two of them.

If your man is divorced, he may not be ready for another relationship.

He may still be in love with his ex-wife or she may be the one who ended their marriage.

Some men date after divorce just to have fun and keep themselves occupied.

These men may not be ready for commitment and could leave you hanging when you start falling for him. 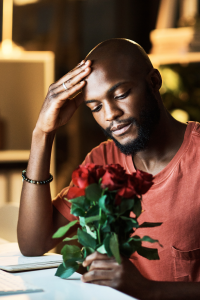 If you are dating a man with kids, then you are going to have to be flexible in your expectations of having romantic times together.

Date night might have to be date afternoon because his son has soccer practice and he needs to go watch.

Even if it is just one day of the year, he will have another person in his life that he wants to spend time with.

He might want some time alone with his kid(s) on Christmas Day or Thanksgiving or whatever holiday is important to them both.

If you can’t handle sharing him during the holidays, then don’t date him.

You might feel insecure about your relationship when he talks about his ex or when his children come to visit and stay with him.

You might also feel uncomfortable interacting with them at first, or he may have trouble introducing you as anything but a friend. 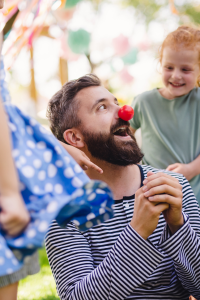 If you do get into a relationship with a man who has kids, you’ll have to accept that he will always put his kids first.

No matter what happens between you and him, your relationship will never be the most important thing in his life.

His priority will always be his children and rightfully so.

You may think that this is something you can deal with but think carefully about it.

Kids are a huge responsibility and they’re going to take up a lot of your partner’s time.

That means he will not be able to devote himself to you in the way that you may want and deserve.

He’s always going to have to put his kids first, and that’s as it should be.

But if you’re looking for someone who can make time for you at a drop of a hat, then you should probably be dating someone without children.

His obligation as a father is to support his children with whatever financial means he has available.

This doesn’t mean he’ll never be able to go on vacation with you, or that he can’t pay for your dinner on occasion.

But if you’re the type of woman who likes to be taken care of, this may not be the best news.

Also, child support obligations are usually permanent, even if the father’s income goes down or the mother remarries and doesn’t need as much support anymore.

A court order is necessary to make changes to most child support arrangements.

A child is a big responsibility, and if you date a man with kids, it means he’s already got enough on his plate.

So don’t assume that he’ll want to add more kids to the mix.

Plus, if he’s divorced or separated, he might be conflicted about whether or not he wants to have more children.

If you do want children, you might find yourself in a difficult situation if your partner doesn’t feel the same way.

This is especially true if you’re looking for marriage or a long-term relationship.

If you’re not sure where you stand in terms of having children, it might be best to hold off on dating this guy until you figure out what you want. 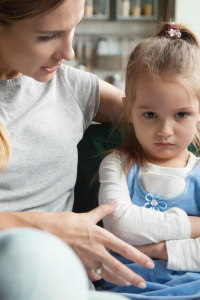 Kids take some time to get used to new people in their lives, especially if their parents have recently divorced or separated.

They may not act out in front of dad, but they could talk about how much they dislike you to their friends, teachers, or other family members.

And if they aren’t at an age where they can verbally express themselves, it might come out in other ways such as acting out or even getting physically ill.

You can be the kindest, sweetest, most perfect person in the world but his children may still hate you because they want their parents to be back together.

13. You’ll have to deal with his ex-wife/baby mama drama

This is one of the most common issues with dating a man who has kids.

If he’s on good terms with his ex-wife, then you may have to deal with her being in his life more than he originally let on — which is something that will be hard for you to swallow and understand.

And if he doesn’t have a great relationship with his ex-wife, then there will still be drama present because he has to deal with the mother of his kids.

When you’re dating a man with children, you have to expect that the kids come first.

You can’t get upset or jealous when he needs to go off and be a dad.

If he’s driving across the state to pick them up for the weekend, you can’t get mad at him for being a good father.

If his ex asks him to pick up their child from school, you can’t make a scene because he has an obligation to his child.

It’s a huge weight on your shoulders, but if you let it get to you, it will ruin your relationship.

So, you’ll have to be an adult about things in your relationship with a single father.

Don’t date a single father if you want to remain his topmost priority.

Don’t date a single father if you are afraid of commitment.

Don’t date a single father if you have issues of abandonment.

Don’t date a single father if you have daddy issues.

Don’t date a single father if you believe men should be the sole breadwinners.

Don’t date a single father if you hate kids.

Don’t date a single father if you are not willing to deal with his ex and kids.

Don’t date a single father if you can’t grow up.

You just need to make sure that this man is ready for the kind of love and devotion that you can offer him and that he is ready to give it back to you in return for things to work out well between the two of you.

Weigh the pros and cons of dating a guy with a kid, and be sure you can deal with the challenges that come with your decision. 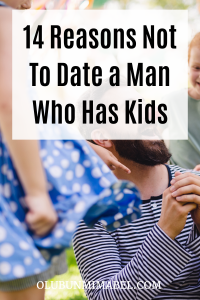