What with social media being a huge part of our lives, it’s no wonder that many people turn to it to look for love.

But how do you know if a guy is genuinely interested in you, or if he’s just playing games?

The problem with online dating is that it’s not always easy to tell if a guy is playing you or not.

When you’re face to face with someone, you can see their body language and tone of voice to get an idea of whether they’re being sincere or not.

But when you talk to them online, all you have are words. It’s hard to tell if they’re being honest or just trying to suck up to you.

Tons of guys are dishonest online, so it pays to be cautious. Here are some signs a guy is a player on social media and not worth your time:

12 Warning Signs a Guy is a Player on Social Media

1. He posts a lot of selfies 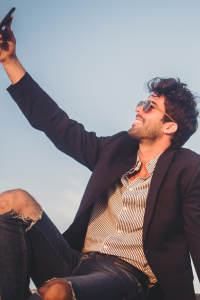 A guy that posts a bunch of selfies online is just trying to get attention.

He’s showing off the fact that he’s attractive, s*xy, and stylish.

A player knows that social media is one of his most valuable tools for getting girls.

If he’s posting a lot of selfies, it means that he’s trying to show off his best side and make himself look as attractive as possible to as many people as possible.

Don’t get me wrong — some men post lots of selfies because they have good hair or they like the way their faces look.

However, if he seems to be more focused on taking selfies than anything else—clothed or not—it’s a red flag.

You’ll notice that the messages you get from this guy are often very inconsistent.

Sometimes he will act like he’s really interested in getting to know you, but then sometimes he won’t even respond to your messages or reply with a single-word answer.

You’ll wonder if he’s really interested or not, but then you’ll get another message from him out of nowhere that makes it seem like he wants to talk or see you again.

When a guy really likes you, he won’t be so inconsistent with his messages because he’ll try to make sure that you know how much interest he has in you and possibly even being in a relationship with you.

He won’t want the chase to be too difficult for you because the more effort it takes for you to figure out if he’s into you or not, the less likely it will be that he’ll actually succeed in getting your romantic attention.

3. He only posts pics with hot girls 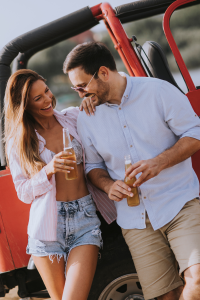 If you see your dude’s account and notice that there are only photos of him and hot girls or him posing with beautiful women, it may mean he’s just trying to get attention from other women.

If his Facebook, Twitter, Instagram, and so on are full of him posing with models, actresses, and any hot chick he can find, it means he wants to make other women jealous by showing them how many beautiful women love him.

4. He talks about himself a lot 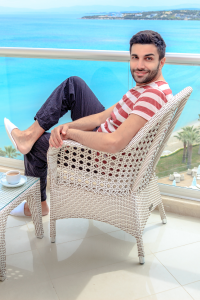 “I’m so awesome and successful” seems like an obvious one, but people do it in subtle ways, too.

They’ll share photos of themselves having fun while they were away on vacation.

Share photos of themselves in fancy restaurants, concerts, or other fancy places alone or with their friends.

Or they’ll tell stories about going to a party that ended up being really wild and exciting.’

A player is always thinking about himself, and his only concern is having fun and finding ways to get attention.

He’s not really looking for a relationship, and if he does, it will be short-term, so you’ll never have to worry about him being serious.

He might try to hook up with you but that’s all it will be — a hookup.

4. So many messages from girls on social media

A player has a lot of girls messaging him.

He responds to all of them with flirty messages and engaging conversation.

He gets all of their phone numbers and then he moves on to the next.

This happens over and over again.

He might not actually go on a date with any of these girls because it’s too much work for him.

He’d rather just play with all the girls online, who are easy to talk to and don’t want anything serious anyway.

5. He kisses a lot of girls in his photos or has a trail of broken hearts behind him 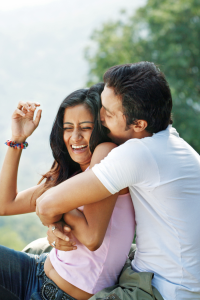 If there are tons of women kissing and half-naked girls in his photos, it’s because he really loves bragging about the fact that he gets laid a lot.

If you notice that his exes can be seen lurking around in random places on social media, too, then there’s a good chance he still thinks about them and talks to them.

6. His posts are vague and lack detail

If you notice that he posts about things that are vague, it’s because he doesn’t want to reveal too much information.

He may say something like “I woke up today with some wonderful people” or “Yesterday I had a great time with the most amazing friends ever.”

It also makes it seem like he has a lot of male friends to cover up the fact that he’s usually only seen with women.

7. He’s always on the move, never staying in one place for too long

If you notice that all of the places he goes to are either exotic or really expensive, then it’s probably because he just wants to show off.

He could be using his social media accounts as an outlet so others see him having fun without revealing too much about himself, which can also include why he’s always on the move.

8. His posts are always about him – he never shares anything about his personal life, relationships, or family

Even when he talks about himself in his posts, it’s usually just to show how great and amazing he is.

He never reveals real information about himself.

A player wants to show off who they are and what they do, but there’s always a bit of mystery—the best players don’t reveal that much about themselves.

They might share some tidbits about their jobs or vacations, but there’s rarely anything personal and revealing on their public profile.

This means that there could be a reason why he doesn’t want to reveal too much online—which could be because of the potential risks of showing people certain aspects of his personal life, such as what he does for a living or who his family is.

That’s because he doesn’t want to reveal anything about himself that could be used against him.

He could even be married and using social media as an outlet to live a double life without anyone knowing.

9. Lots and lots of selfies in front of the bathroom mirror 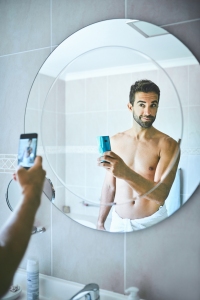 Sure, it’s understandable that some guys like to take selfies.

But if you spot him taking loads and loads of them, with the bathroom mirror background being his preferred choice, that could be a red flag.

This could mean he’s trying to show off his muscles or showing off himself in general.

How To Be a Better Wife

How To Respond When He Says He Needs Space

How To Tell Him You Need Space: 6 Ways To Not Hurt His Feelings

10. He changes his profile picture every other week

Guys who are players like attention and they get it by changing their profile picture often.

If he is changing his profile picture every now and then, he’s trying to show off and make women notice him.

11. He has a lot of female friends on social media

Some players are very open about their activities, while others are a bit more discrete.

Either way, it’s easy to spot a player on social media because he has a lot of female friends and acquaintances.

A player will have a lot of girls commenting on his pictures or liking his stuff and he seems to be talking to them a lot.

They think they have a shot with him and that’s why they’re all over him on social media.

He has an “About Me” section in his profile where he says things like: “I’m cool and laid back,” “I don’t take life too seriously” and “I’m not perfect.”

Players tend to have these types of self-descriptions.

Players know they have no reason to be respectful or loyal because they don’t respect or care about anyone but themselves, and they only see each girlfriend as a stepping stone to the next girl until they finally get what they really want: a wife with a fat bank account and lots of daddy issues who’ll do whatever he says.

They’re not afraid to play the field because they believe all women are basically the same underneath — needy, insecure and desperate for male attention — and that just by emitting pheromones into the atmosphere, he’ll attract a posse of groupies within minutes wherever he goes.

You don’t want to fall for someone like this because it will only damage your self-esteem when you realize that you’ve been played by him.

When dating someone from social media, always meet them in public first before venturing off into private territory with them.

Don’t put yourself in an exposed position where it’s too much of a risk for you. 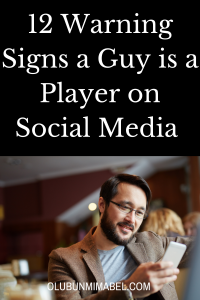