What are the signs he will never forget you when the relationship has ended and the legendary “scales” have fallen from your eyes?

It is not easy for anyone whenever their relationships end, and there are bound to be very strong emotions on both ends.

Whether good or bad, one can’t forget the experiences they had while they were in their previous relationships.

They don’t forget either, the bitter and sweet memories they had with the people they once loved and cherished.

This applies to everyone and that’s why you’re advised to make an impact, no matter how little on people you come in contact with.

Try as much as possible to create a lasting impact on people, and let it be for good.

You’ll be unforgettable if this is one of your life’s watchwords.

Outlined below are some sure-fire signs he will never forget you, even after the relationship has ended

Signs He Will Never Forget You

1. You Were Authentic And Honest

It is so difficult to find people who are honest and authentic these days.

One thing he’ll miss about you when the relationship has ended is how real you were with him.

You never hesitated to point out the things he does that you didn’t like, whether you guys fight about your concerns or not.

Even if he was annoyed with your approach towards certain things when you were together, he’ll still miss the way you didn’t mince words while airing your opinion.

You were like a leash that kept him grounded and even though he saw you as a thorn in his flesh back then, he misses that you are the only person who can tell him things as they are.

2. You Were Lovable With So Much Love In Your Eyes And Your Smile 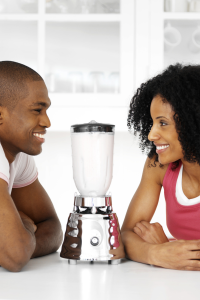 As they say, the eyes are the window to the soul.

You know this, just the same way he does.

You carried the relationship and your feelings for him from deep within your soul to your eyes.

Your love for him made your face radiant.

It wasn’t that difficult to figure out that you were smitten and that you’ve fallen for him.

Your eyes told all the story and he will miss having to stare deep into your eyes and being reassured without words, of your love for him.

Another sign he will never forget you is in your smile.

He will surely miss your smile.

One of the greatest achievements in relationships is the ability to make your partner smile or laugh.

He is going to miss the warmth of your smile and the sound of your laughter very much.

3. You Made Him Feel At Home

You’re a blessing to your partner if you were able to always give him a sense of home.

He is going to crave that feeling more than any other thing in the world when you’re gone.

You need to retain your identity and originality of self without being judged in a relationship.

You feel safe and secure while still doing your thing.

He is going to miss feeling that way around you. 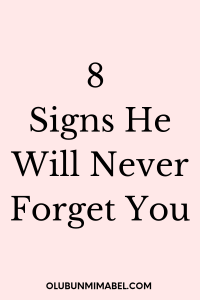 One of the signs he will never forget you is if you still get under his skin.

You might have had a disagreement with him over something as flimsy as a movie or a book, or you may have teased his taste in music.

It doesn’t matter what it was, whenever he hears or sees it or something related to it, you’ll be the first person to come to his mind.

He’ll see you in everything you ever shared.

5. He Listens To You Without Limits

One of the surefire signs he will never forget you is when he doesn’t get tired of listening to you.

Most times, guys are more of actions than words.

The ladies are known for loving chatting and gossiping.

Listening to you go on and on for hours without getting tired is one of the signs he will never forget you.

It is a sign that he likes talking to you, or listening to you talk specifically.

He just craves the sound of your voice and listening to you bare your mind to him.

Either that, or he just needs an excuse to be around you any chance he gets.

It doesn’t kill to listen to you talk for some time, or does it?

6. You Have A Magnetic Personality 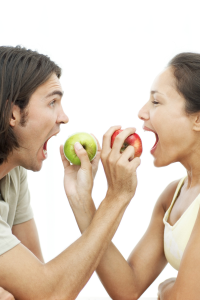 He might feel lost without you when the relationship has ended, and that is because you always found a way to spice things up.

You added excitement to everything, down to his daily routine.

The beauty in the little things was revealed to him by you, and he may struggle very hard to strike a balance now that you’re no longer in the picture.

7. He Introduces You To His Friends And Family

More often than not, men tend to have smaller circles than women.

Women are more cordial and have a lot of connections and acquaintances, being the more social gender.

Men are mostly about their buddies and family.

They might have between two to three guys who they ride with, and they have a very long-term friendship with the same people.

As a result, his friends know him to a great extent.

Now, if he keeps bringing you around his family and friends, it means that he wants you to bond with them.

This invariably means that you get firsthand information about him and he is putting you in a kinda permanent part of his life.

Someone who has plans to discard you will try as much as possible to keep you away from people to who he is accountable and who will hound him about you whenever you stop coming around.

A lot of men are taught to not be vulnerable and not show their emotions.

When they are boys, they are told to suck up their emotions or deal with them and by doing so, they just learn how to keep things in.

It’s either that he is not used to talking about the way he feels, or he is not just comfortable with discussing it.

He is comfortable with you if he begins to share his dealings with you.

In this era where most people are not to be trusted, it’s a big deal if he trusts you enough to let you in on his personal life.

If he finds you dependable and trustworthy, it is one of the signs he will never forget you. 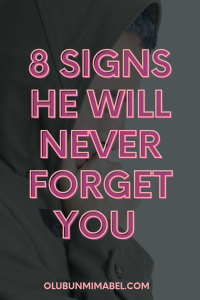