“Why does he text me every day if he only wants friendship?”

”He texts me every day, why does he text me if he only wants to be friends?”

You ask yourself these questions all the time.

The truth is that it’s not always an easy question to answer.

There can be many reasons why someone would text you even though they’re just interested in friendship.

Sometimes, people don’t even know why they start and get into relationships.

Most romantic relationships are entanglements at best.

Several are marred, tainted, and tarnished by half interests, minimal efforts, and lackadaisical attitudes.

People fail to understand that there are no quick fixes to deep-rooted relationships and issues.

A romantic relationship is a partnership and should be treated as such.

Frictions occur when one party gives confusing signs, or somebody is kept in the dark and denied the truth for selfish and manipulative reasons.

Nobody should be treated in that manner. No one deserves confusion.

Why does he keep texting you if he only wants friendship?

In this article, we will go over some of these reasons and hopefully give you a better understanding of why he texts you every day if he only wants friendship!

WHY DOES HE TEXT ME EVERY DAY IF HE ONLY WANTS FRIENDSHIP? 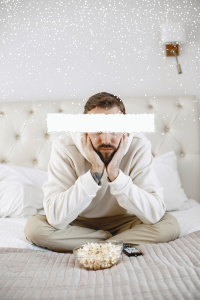 It’s as simple as that, sometimes.

The reason he keeps texting you even after telling you he’s only interested in friendship might be because he’s bored.

Most of the time, it is not that complicated.

There is probably not much or nothing else holding his attention, making him divert it towards you.

He’s only using you to pass the time—you are his favorite pastime.

If it so happens that boredom is the reason he keeps texting you, you will know his feelings for you are not too genuine. 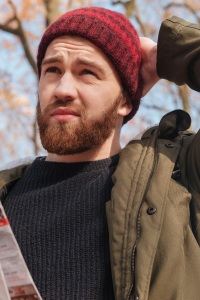 Relationship and relationship issues come with many challenges and intricacies that might trip people up and cause them to fluctuate between decisions.

The pressures of dating and keeping up with the demands of a relationship might cause the male folk to oscillate between desires and wants.

Decision-making is a process.

Often, it is not that the man does not want to be close to you or does not desire a relationship with you.

His boundaries also do not infer that his feelings for you aren’t real.

This is not to excuse his confusion, but the truth is that relationships nowadays and at this age are complicated.

The rules are vague, and things are not simple. This might make a man go back and forth on his conclusions.

10 Signs He’s Pretending to Love You

Men get nervous too.

He’s nervous about asking you out because he might get rejected which will hurt his ego and confidence in himself as a partner.

Making the first move and the brunt of the early stages of a relationship often fall on men, so they get apprehensive, overwhelmed, and daunted.

This might cause them to pull out and back out of a promising relationship.

It is not uncommon to get agitated and uneasy at forming closeness and emotional bonds in this new age where dating is more complex and complicated than it has ever been.

This does not necessarily translate into him being a bad person or not wanting to have a relationship with you.

8 Signs He’s Fighting His Feelings For You

When you like someone and want them in your life, you keep interacting with them.

Besides, not every association with someone you like has to end up in romance.

15 Signs Your Husband Loves You Deeply 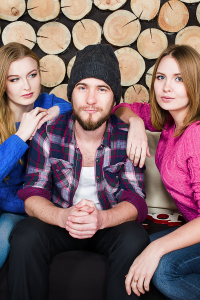 If he has other options, he might start dilly-dallying through them.

It is common for men and women to friendzone all of their options while making their minds about their final choice.

Not every interest has to end up a relationship.

Some even function better as friendships.

Why would someone text their friends? because they like them and enjoy talking to them

If he keeps texting you, it might just be that friendship is all he has in his mind towards you, which is not a bad thing.

It’s only bad for you if you want more.

He might be texting you every day because he is attracted to you.

Why else would he continue talking to you if it’s not going anywhere?

8. He might be keeping you around for his selfish reasons

If he only wants to be friends, why does he text you every day?

It might be because it benefits him to keep you around and friendship is the best way for him to accomplish this goal.

This has been a problem for many people before and still continues to be one today.

People are very confusing sometimes – they want something from us without actually wanting it themselves.

They say things like “I love spending time with you” when really their mind is on other things that have nothing to do with hanging out together. 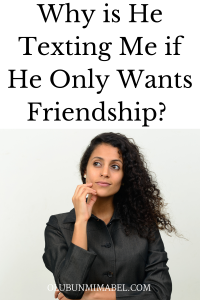 9. He wants to get to know you before asking you

He wants to get to know you before asking you out on a date.

He might also be trying to figure out why he likes talking with you so much.

If this is true, these are all good signs that things could progress into more than just friends soon.

If he is a naturally friendly person who loves talking to people, he might be texting you every day.

In his eyes, you are a friend and texting is just how friends show affection but it can often come across as flirting when someone really likes another person.

Even though each one of those messages make your heart skip a beat, they do nothing for him other than offer companionship.

He may not realize that his behavior is leading someone on, but it doesn’t hurt for him to be more communicative about his intentions when spending time with you.

Who knows why your guy friend texts you every day?

Perhaps it’s because they are just looking for someone to talk and all they really want is a good platonic relationship with no strings attached.

12. He enjoys your company

He might be texting you every day because he enjoys your company and wants to keep you around.

And he doesn’t want to mess up the good thing going on between you two.

There may also be a fear of being alone without someone there at night when nothing seems funny on tv anymore.

So many guys are looking for someone who will listen to their problems but they don’t realize how much this makes girls feel like an object rather than a person. why does she need to hear about your bad day at work when all she wants is some good company over dinner and perhaps cuddling up on the couch watching Netflix together?

14. He’s taking his time before asking you out

He doesn’t want to ruin the friendship that you already have by moving too fast and asking you out so soon.

He might think that you’re not interested and he doesn’t want to make things awkward between the two of you.

It also could be possible that he wants more than just friends, but isn’t sure how to approach this topic yet.

He knows that any conversation surrounding getting closer than friends can lead to a dangerous territory for both parties involved if one person feels differently than another does on the subject at hand.

It would be better to build up the courage and gather more information before he asks you out.

He wants your friendship in order to take things slow for now because that is what makes him feel most comfortable – but eventually, he will ask you out, if he’s into you.

The reasons for a man maintaining boundaries and still keeping contact are not always negative.

Most relationships fail as a result of undefined and unmet expectations. If he’s dragging his feet towards you, a likely reason is that he is yet to define his expectations from you.

It is not enough to start or jump into a relationship.

The key to maintaining and sustaining a relationship is fulfilling and meeting expectations on both sides.

16. He doesn’t know how to express himself

While ineffective communication remains one of the roadblocks to lasting relationships, in some cases, it is a rather personal challenge.

Some men do struggle to express their emotions clearly.

It does not denote a lack of passion or interest but rather an assurance of it.

Obscure self-expression is an obstacle to intimacy and should be worked on.

If you’ve been wondering why your guy texts every day but doesn’t seem to be trying anything beyond friendship, one or more of the above reasons might be the reason.

You need to figure out where you stand so you can either continue this platonic text-only relationship or tell him how you feel.

Ask him what is on his mind so you can move on if the feeling is not mutual.

You cannot afford to be in an undefined relationship or be a victim of unreciprocated love. 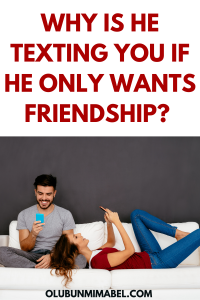