Wondering whether a particular guy is jealous of the attention showered on you by other men?

A more important question is whether you want to know if the guy in question likes you and is attracted to you.

There are clear signs a guy is jealous and likes you.

They say men will always be men and so, he’s bound to do everything within his power to conceal the way he feels.

Surely, there are ways to find out.

Let’s quickly delve into the obvious signs a guy is jealous and likes you.

6 Signs A Guy Is Jealous And Likes You

Because we mostly have control over our actions, there’s only so much a person can do.

Since the guy cannot control where you go to or who you talk with, the easiest thing for him to do is to act detached around you.

He’s still interested in you, but there’s nothing more he can do.

So, you’ll notice that he disappears into or blends with the background whenever you’re enjoying yourself with people he considers a threat.

I don’t think this is a bad thing to do.

At least, it is better than spending his resources in a bid to outdo them or starting up a fight.

It has to do with him putting a lid over his emotions so that everyone other than him can be at peace.

So, if you ever notice him being quiet when every other person is lively, there are high chances that he has withdrawn.

While this may not be applicable all the time, it is one of the clear signs a guy is jealous and likes you.

He chooses to ignore you and his emotions for the sake of peace. 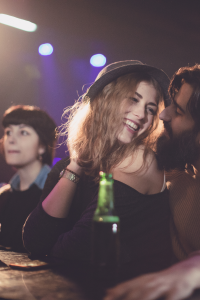 Even if he flirted in your absence, he’ll fill you in on the juicy details whenever you meet.

This is one of the signs a guy is jealous and likes you.

If he feels the need to make you jealous, then he’s really into you.

This is what most jealous people do; they want you to know that you are not their only option.

It’s not right, but what more can a jealous guy who is really into you do?

You can be talking to him about your boyfriend with absolutely no negative intentions in mind and he’s almost bursting with jealousy.

He’s trying to get you to feel jealous is only a ploy to make you feel that he can get whoever he wants even faster than you got into a relationship.

In this situation, you’re advised to tread with caution and be careful around this type of guy. 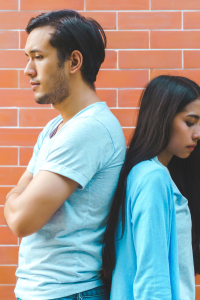 It’s normal for someone who likes you and is really into you to want to warm up to you.

In some cases especially when the guy is the jealous type, he’ll want to play mind games instead.

He tends to give you the silent treatment or ignore you whenever you are having a swell time with his possible competitors.

Of course, he’ll feel hurt and this will lead to him ignoring you.

The worst part will be if you didn’t see his actions coming.

Not to worry, it’s one of the signs a guy is jealous and likes you.

He most probably doesn’t know how to coordinate and bring his feelings together.

Nobody wants to be made to feel jealous at any point in their lives.

You should be careful of this type of behavior, however, as it is a pointer towards a certain level of toxicity and insecurity. 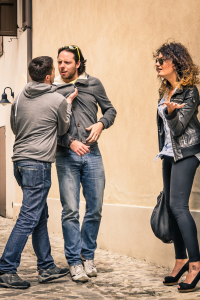 It’s normal for guys and girls to be friends and if you fall into the category of girls that have male friends, you might have issues with a jealous guy who is into you.

He’ll see everything wrong with another guy being close to you.

If not controlled, the situation might get out of hand because he’ll begin to be mean and rude to anyone who he thinks poses a threat to the relationship he’s trying to build with you.

You’ll notice the hints of anger, meanness, and rudeness from him to your male friends even when there’s nothing to worry about.

He feels you’re channeling the attention it should be showering on him to another guy and begins to act up.

To an extent, this is okay as jealousy is a way we protect our valuables.

But be careful that it’s not taken overboard.

One of the clear signs a guy is jealous and likes you is that his energy levels change whenever you talk about other guys.

He may try so hard to keep a straight face, but you’ll feel the tension build in the room and it’ll feel like the joy us being sucked out of the room.

His words may not betray him but actions don’t lie.

If he’s not into you romantically, he’ll flow well with the conversation.

Otherwise, you’ll notice that he’s battling with the emotions within himself.

Jealous men have a very ugly side.

And it’s them wanting you to not have a life outside him.

No matter who he is or was to you, you have a life even if he’s not in the picture.

One of the signs a guy is jealous and likes you is the thought of you having a good and smooth life beyond his presence infuriating him.

Truth be told, that’s some creepy, weird, and scary behavior.

And there’s a point up to where possessiveness is considered safe for jealous guys.

There’s a thin line between jealousy and being a psychopath.

He may stalk you lightly and start asking mutual friends about your whereabouts.

This is when you should be extra careful because he’s crossing the line.

It is a case of a jealous guy who isn’t in control of his emotions. 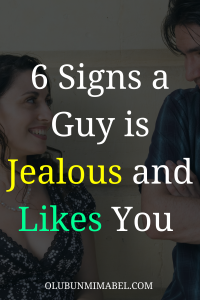