Tons of guys use girls for attention.

They don’t really like them, but they flirt with them just to feel better about themselves.

The good news is that there are plenty of warning signs that he is using you for attention and not really into you.

Here are a few things to look out for:

1. He gives up easily

If he’s giving up after one or two dates, chances are he had no real interest in getting to know you better.

If this happens on a few occasions, it’s likely that he gets bored easily and isn’t interested enough to work through the inevitable bumps that come with any relationship.

2. He only wants to hang out when he’s bored

A guy who wants more from his relationship with you is going to want to spend time with you even if he’s not bored or lonely.

But for a guy who is using you for attention, you’re his “go-to” girl.

If all he wants is to hang out with you and talk, it’s quite possible he just wants someone around to listen to him during his downtime.

He might also enjoy your company because he doesn’t have to work hard in order to build a relationship with you.

3. Trying to make you jealous

If a guy is trying to make you jealous, it means that he wants you to notice him and be more interested in him because he has issues with insecurity and low self-esteem.

If he tells you what other girls think of him, then it means that he wants your validation.

When a guy is interested in you, he will not try to make you jealous because he likes you for who you are and not how much attention he gets from other girls.

4. He is emotionally unavailable

People who are actually interested in someone will usually want to get emotionally connected with their partner and tell them what they’re looking for in a partner.

Someone who uses people for attention probably has no idea what they want in a relationship or how to find it.

5. He’s only interested in getting physically intimate with you

He makes sexual comments about your body or pressures you into having s*x with him too soon in your relationship.

If a guy doesn’t care about what’s going on in your life, he doesn’t really love you.

If a guy shows no interest in your life but does want to spend all his free time with you, then he’s probably only interested in being around you so he can have someone to talk about himself to.

7. He sees other girls

If your boyfriend only talks about girls who flirt with him and never has even a single girl as a friend, then he’s trying to make sure he’s got options in case you don’t work out.

It might be fun at first because it makes you feel like you have competition, but the truth is that most guys who do this aren’t interested in being serious with anyone.

He’ll flirt with you one minute and ignore you the next.

He seems to care about how you feel one day, but not the next.

He acts like he likes your company one day but then blows you off the next time.

In short, he ghosts you.

Ghosting is when a guy literally disappears off of your radar without giving any indication that he’s going to do so or any explanation as to why he’s doing so.

Once again, this is a sign that he’s using you for attention because he’s too cowardly to actually tell you how he feels.

This is a classic sign of an emotionally unbalanced man who is incapable of maintaining a healthy relationship with someone else.

He simply likes the attention he enjoys from you.

9. He confesses his love too early

The guy who uses you for attention will usually say he loves you very early on in the relationship.

These guys tend to say they love you after only a few dates and this is because they are looking for the right words so they can win your affection.

These guys are very charming at first but soon their true colors come out and a completely different person emerges.

10. He demands your time and attention and gets mad when he doesn’t get it 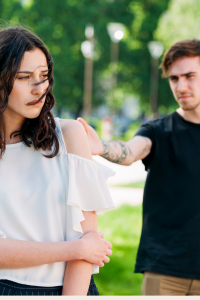 Time and attention are two things that you can’t get back.

They may feel like a luxury to have in abundance, but once it’s gone, there’s no rewinding time to get it back.

If this guy is always complaining and angry because he doesn’t have your undivided attention, then it’s one of the signs he is using you for attention.

If you leave him alone for too long, he will call or text you just to see what you are doing at that moment.

His life seems empty without constant contact with you

A guy who’s interested in you will spend time with you and make plans with you.

He won’t be constantly demanding your time and attention, but will instead make the plans and leave it up to you if you want to join him or not.

So, if he has no problem hurting your feelings or angling for more of your time when he knows that you are exhausted and busy, then he is using you for attention.

Those who really care about their partners would never take advantage of them in this way.

He always calls or texts first.

When you call or text, he doesn’t seem as interested.

When you get to talk, he’ll act like you’re the most important thing in his life.

Dude just wants to get his need for attention met and is using you to do it.

He talks about your relationship as if it is serious and exclusive, but he doesn’t want to take the next step.

If he is always telling you how much he cares about you, how nice you look, or how lucky he feels to have met someone as wonderful as you, but then he never actually makes a move to make the relationship more official, it may be because he has no intention of making it official at all.

He may want to continue having the benefits of dating someone without having any of the responsibilities.

13. Not being interested in meeting your family and friends

If a guy truly likes you and wants to be with you, then he would like to meet your friends and family members.

If he constantly avoids plans with your family and friends or he sounds ambiguous when they ask him about his relationship with you, it’s a red flag!

14. You look for excuses to spend more time with him 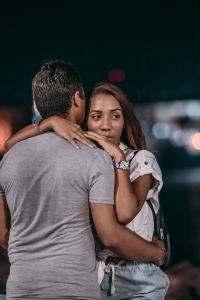 If you find yourself spending more time with him even when you have other things you need to be doing, he might just be using you for attention.

Yes, relationships require quality time but you shouldn’t be feeling suffocated and desiring space from him because he takes too much of your time and you don’t have enough time for yourself and other things.

15. He tends to get jealous easily and gets upset if you talk to another guy

It’s normal for a guy to feel jealous when his girlfriend talks or looks at another guy.

However, if you are always catching him getting mad and upset with you over the littlest things, like looking at another guy or talking to one, then it might be a sign that he is using you for attention.

If he’s saying things like “I don’t trust the way you look at him” or “I don’t like the way he talks to you,” he’s simply jealous and insecure.

Tendencies to be jealous suggest that he cares more about himself than your relationship.

Telling someone who they can and can’t talk to isn’t a healthy relationship.

No one wants to feel like they have limited options or that they’re being controlled.

Who are these men who use women for attention?

It’s simple actually: men who are insecure, have no self-confidence, or are just plain losers who could not find anyone else to be with them.

And if you’re their target, then you’re probably their last resort for attention.

What To Do if He’s Using You for Attention

If you’ve been noticing these signs and want to stop the manipulation before it gets any worse, then here are a few tips:

1. Be direct and honest with him

Explain that he is not the right guy for you and avoid being rude or hurtful.

Tell him that he is wasting your time.

Tell him that he does not make you happy.

Tell him that he does not respect you and makes you feel small and used.

2. Reduce the time and attention you give him

If the above doesn’t work, start avoiding his calls, messages, and visits until he realizes the truth himself.

This will reduce the time and attention you give him and help you concentrate on yourself more. 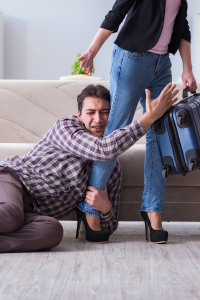 If the guy is making your life miserable by constantly asking for more of your time and attention, then leave if necessary before it leads to a toxic relationship situation.

Guilt is one of the biggest tools that manipulators use against their victims.

Don’t listen to what he has to say, no matter how badly it hurts.

You need to follow your instincts and do what’s right for you.

If you continue to see such a person after you’ve read this article, then you may need some therapy to help you. 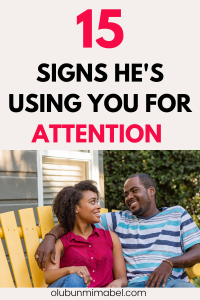