Do you sometimes ask yourself the question, ”Is my boyfriend ashamed of me?”

Truly, there is no simple answer when the topic is about shame.

What you should always have in mind is that your boyfriend being ashamed or embarrassed about you has nothing to do with you.

Whatever he’s feeling; being ashamed of your appearance or even your personality, is his problem and none of yours.

Now that we’re clear on that, let’s take a look at why he feels ashamed or embarrassed about you.

I think that his feelings boil down to what is considered normal and acceptable, and also his expectations of you.

For instance, if he deeply believes that you have to be skinny to fit into society, then he will be ashamed of you if you are not thin enough.

In the same vein, if he was raised with the belief that there’s a certain way people should act, you acting anything outside his standards could just mean setting him up for embarrassment.

I know it doesn’t make any sense, but it’s an internal problem that he needs to fix by himself or from his roots.

At this point, there’s almost nothing you can do to change that part of him.

We all deserve to freely act, speak, and look the way we want without feeling limited, caged, or constrained especially by the one we love and are in a relationship with.

Talking of shame, there is also the angle of him feeling judged by other people whenever both of you are seen together.

Not only does he feel ashamed of you, but he’s also worried about what others think.

And this boils down to a lack of self-esteem on his part because being secure and confident in himself will make him not pay mind to whatever it is other people think.

Let’s now take a look at the significant signs that will answer the question, ”Is my boyfriend ashamed of me?”

7 Signs Your Boyfriend Is Ashamed Of You

It doesn’t matter how long both of you have been together; a few months, a year or two, there must be talks about the future somehow.

It doesn’t have to be some serious talk about the future.

If your boyfriend always steers the conversation away from these talks whenever they come up, there are high chances that he doesn’t see a future with you.

While there may be other reasons for this, it could also be because he’s ashamed of you.

If you followed this article from the beginning, you’ll understand that he doesn’t view you as a partner who is worthy to feature in his plans. 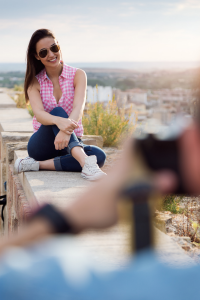 Still asking yourself the question, ”Is my boyfriend ashamed of me?”

His Instagram page is a no-go area for your pictures too.

And when you ask him about it, he tells you that he’s not a fan of posting on social media.

Yet, he finds time to conveniently post pictures of himself and his friends regularly.

Not showing you off is a major sign that he’s ashamed of you.

Some people indeed like to keep their lives away from social media.

However, you’ll know his intentions if his stories tally with his lifestyle.

If he shares every other part of his life on his social media but you remain missing there, something is amiss.

It points to being ashamed of you.

Once someone is ashamed of you, it is extended to everything about you.

They get ashamed of everything you say or do.

There are no two ways about it.

This is simply because he looks down on you and always has something negative to say about everything you do.

Know this now: You were never doing anything wrong in the first place.

He has serious personal issues that make him cast a negative shadow on everything that you do.

It doesn’t matter if he once encouraged you to tow that path.

He won’t think twice before criticizing you for doing it.

Pay attention to the way he speaks to you in the presence of your friends or family members.

It is never okay for someone to belittle you, either in public or in private.

He might not even be aware that he’s being that way, but you need to realize that you’re not responsible for him feeling ashamed of you.

If you were in a healthy relationship, he will certainly be proud of you, show you off, introduce you to people, and will not disrespect you in front of other people. 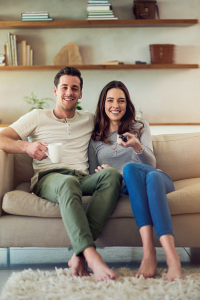 At first, you may think that he prefers staying at home to hanging out.

But along the line, you’ll begin to notice that his affinity for staying at home only comes up when he’s around you.

He’s always willing to go out except when you’re in the picture.

Simply put, he doesn’t want to be seen around you because he’s worried about what other people will think of him.

And of course, if you get to hang out with him, you’ll find that he avoids taking you to his favorite spots to avoid running into people who know him.

Ever feel like your boyfriend is not in touch with your feelings?

He’s always quick to brush your feelings aside whenever you talk about the ways he hurt you.

It is worth it if you ask, “Is my boyfriend ashamed of me?” at this point.

One of the reasons why he can be emotionally detached from you is that he was never invested in the relationship in the first place.

Even if he doesn’t fully accept you for who you are, he’s still keeping you around for reasons best known to him.

This can be a draining situation, as you might be trying to please him and at the same time, balance your emotions. 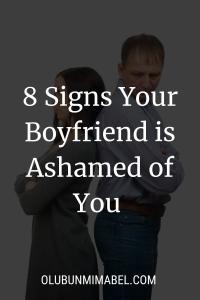 If he constantly compares you to other women, especially women who seem to be his taste, he might be ashamed of you.

8. He Doesn’t Introduce You To His Friends and Family

If a man is proud to have you, he will want to show you off to the people in his life.

So, this he will not do if he is ashamed of you.

Because he doesn’t want to be judged or become a laughing stock of his people.

If he is hiding you from the people thst matter in his life, it’s a no-brainer, he is ashamed if you.

Now you know the signs. What do you do?

I think you should give yourself a pep talk and ask yourself if this is the kind of relationship you desire.

No matter your flaws or imperfections, you deserve to be with someone who loves and appreciates you, who accepts you for who you are and is proud to be associated with you.