What are the signs a commitment-phobe loves you?

It’s normal to feel anxious when a relationship is starting to get more serious.

But if you’re dating someone who doesn’t want to commit, it can make you feel like you’re going crazy.

If you’ve noticed that your partner seems reluctant to make plans in the future or has been putting off talking about the next big step in your relationship, it could be a sign that they’re commitment-phobic.

They’re not necessarily bad people, but they’re afraid of commitment for a reason.

They want to keep their options open and are often afraid that if they get too close to someone, that person will leave them or make them feel trapped.

You’ll know you’re dating one if they are paranoid about their relationships and constantly make comments like, “I’m not ready for a relationship right now!” or “I don’t want to get used to having you around.”

That being said, there are still some signs a commitment-phobe might actually love you.

Here are just a few:

10 Signs a Commitment-phobe Loves You

1. They want to spend time with you — a lot of time 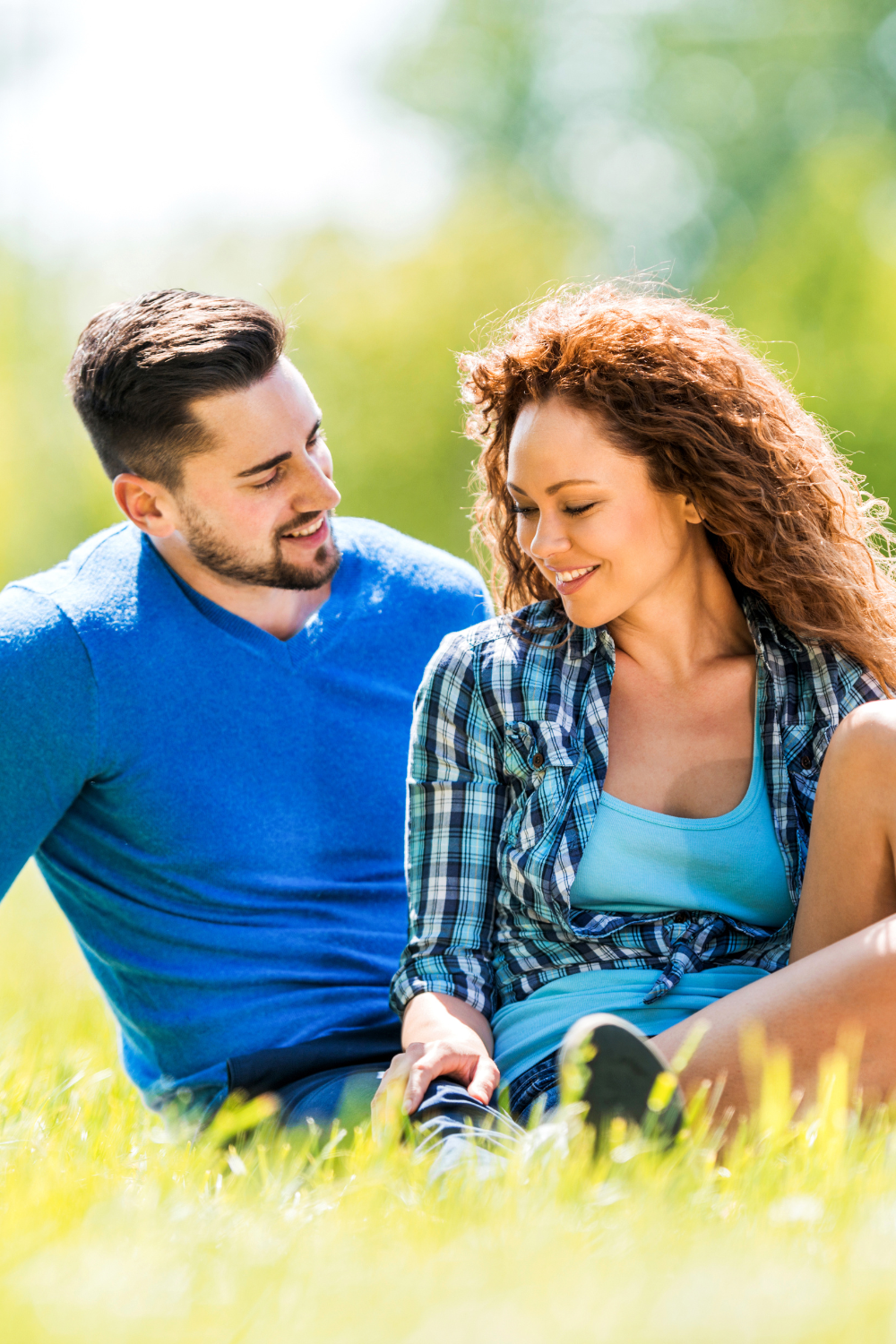 Commitment-phobes are people who fear the future, so they tend to live in the moment rather than planning for tomorrow or next week or next month.

Commitment-phobes may spend time with you but not enough to become emotionally connected with you.

But if they regularly and consistently spend time with you, there’s something about you and your relationship that makes them want to stick around.

2. They get jealous when you talk about other guys or girls

Someone who loves you will exhibit a healthy dose of jealousy when you talk about others who can take their place.

If your commitment-phobic partner gets defensive when you mention other people interested in you or even flirting harmlessly with you, they probably have strong feelings for you.

Why should they be jealous if they don’t want to be with you long-term?

3. They can’t stop talking about you

If your partner is always telling people how much they love you and how happy they are, that’s a sign that they mean it.

Remember when you fell in love with your partner and couldn’t hide it from your friends, family, or whoever cared enough to listen?

No matter how you try to hide it when you love someone, you can’t but talk about them.

Your glow will even give you away.  Love makes you glow.

So if someone afraid of commitment is telling people they care about about you, they probably love you.

4. They’re honest with you about their fear of commitment 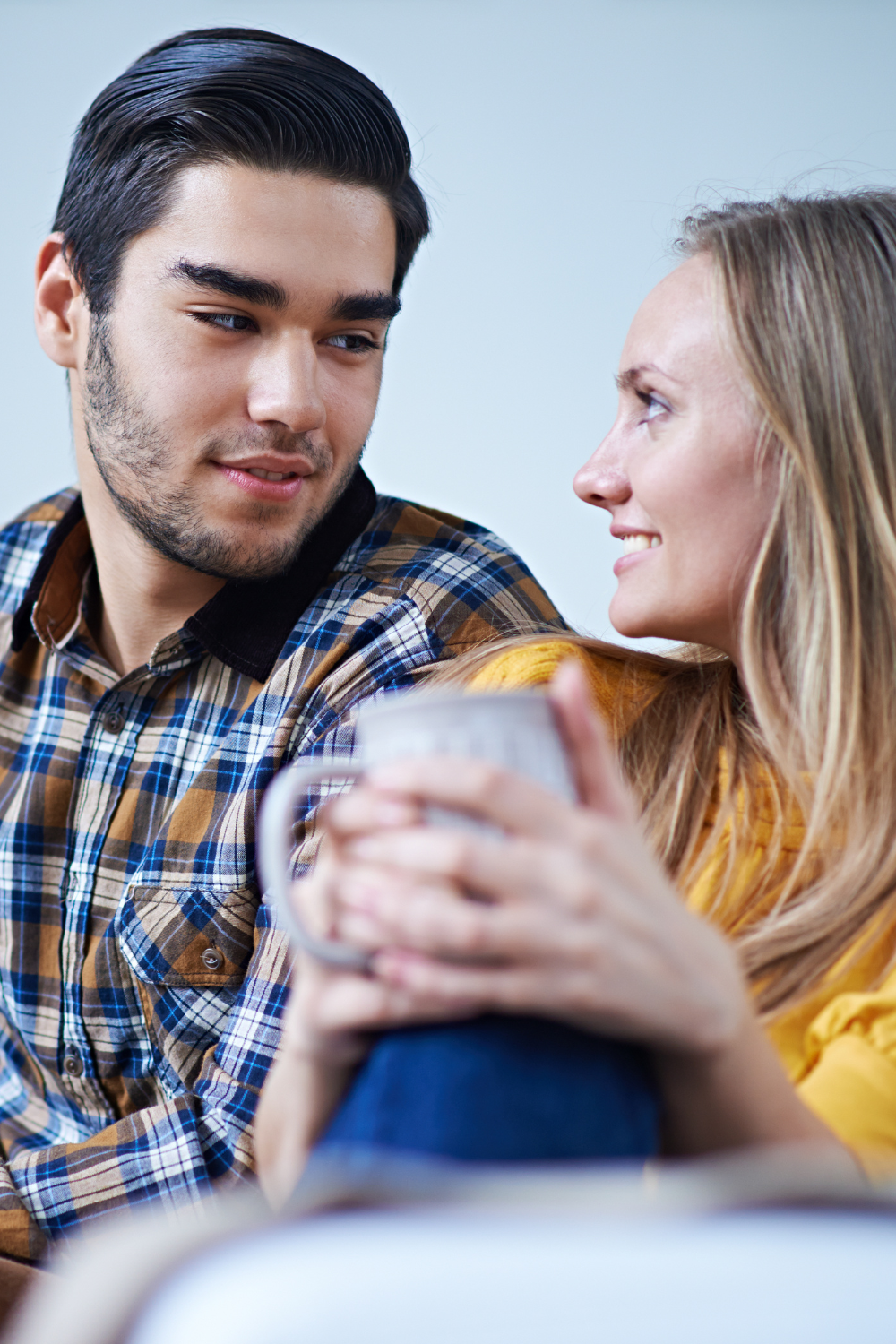 A commitment-phobe is someone who has a hard time committing to something or someone.

It’s not necessarily that they don’t like you, but rather that they’re afraid of having to put their heart on the line and be vulnerable in a relationship.

If your partner is open and honest with you about his or her fears, it could be a sign that they’re ready to move past them and into deeper love with you.

But a commitment-phobe who wants to use you will string you along and tell you the things you want to hear.

They might not tell you they have commitment issues, so they can get whatever they want from you.

However, a commitment-phobe who loves you will come clean to you about their struggles with commitment.

Their honesty proves their willingness to be vulnerable to you, and vulnerability is a key ingredient in building an emotional connection with someone.

Commitment-phobes aren’t about emotional connection, in fact, that’s what they shy away from.

So if your commitment-phobe partner is honest with you, they’re serious about you. 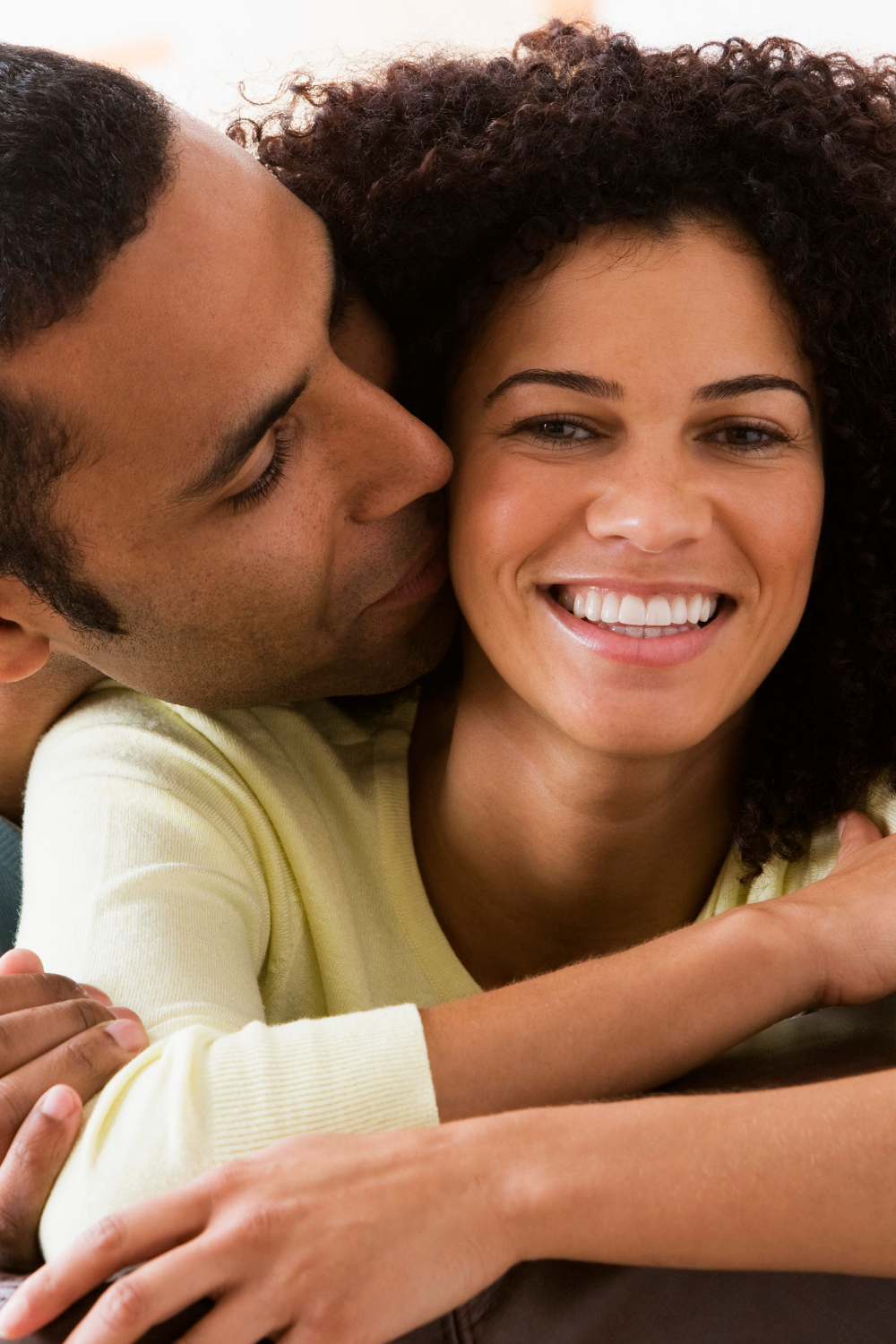 In figuring out whether someone loves you or not, words are not enough.

Words must be backed up with actions.

While it’s good that a commitment-phobe comes clean to you about their struggles, if they love you, they’ll be willing to compromise—and that’s trying to be committed to you.

There’s no point saying they love you if they’re not willing to try being committed.

6. They’re afraid to lose you, and they let you know

A commitment-phobe who loves you will be scared to lose you and will let you know.

Even if they don’t know the future of your relationship, they make it known to you that they don’t want to lose you.

And that’s because they can’t imagine their life without you.

7. They ask you to meet their family and friends

If a commitment-phobe loves you, they might introduce you to their loved ones because they feel at home with you and probably see a future with you.

In fact, you might be the first person they’ve ever introduced to their family, and their family may let you know that.

It shows they are serious with you.

However, this isn’t always the case because some commitment-phobe might still dump you even after introducing you to family and friends.

Just like the case of Jason Oppenheim and Chrishell Stause in Selling Sunset.

8. They ask for your advice or input on romantic matters

If someone is afraid of committing to being in a relationship, they probably don’t know how to navigate romance very well.

They might ask for advice from friends, family members, or their partners about how to act around men/women they’re interested in dating.

This shows that they’re trying hard to figure things out so they can move forward with the person they love and want.

9. They want to spend time with you outside of the bedroom 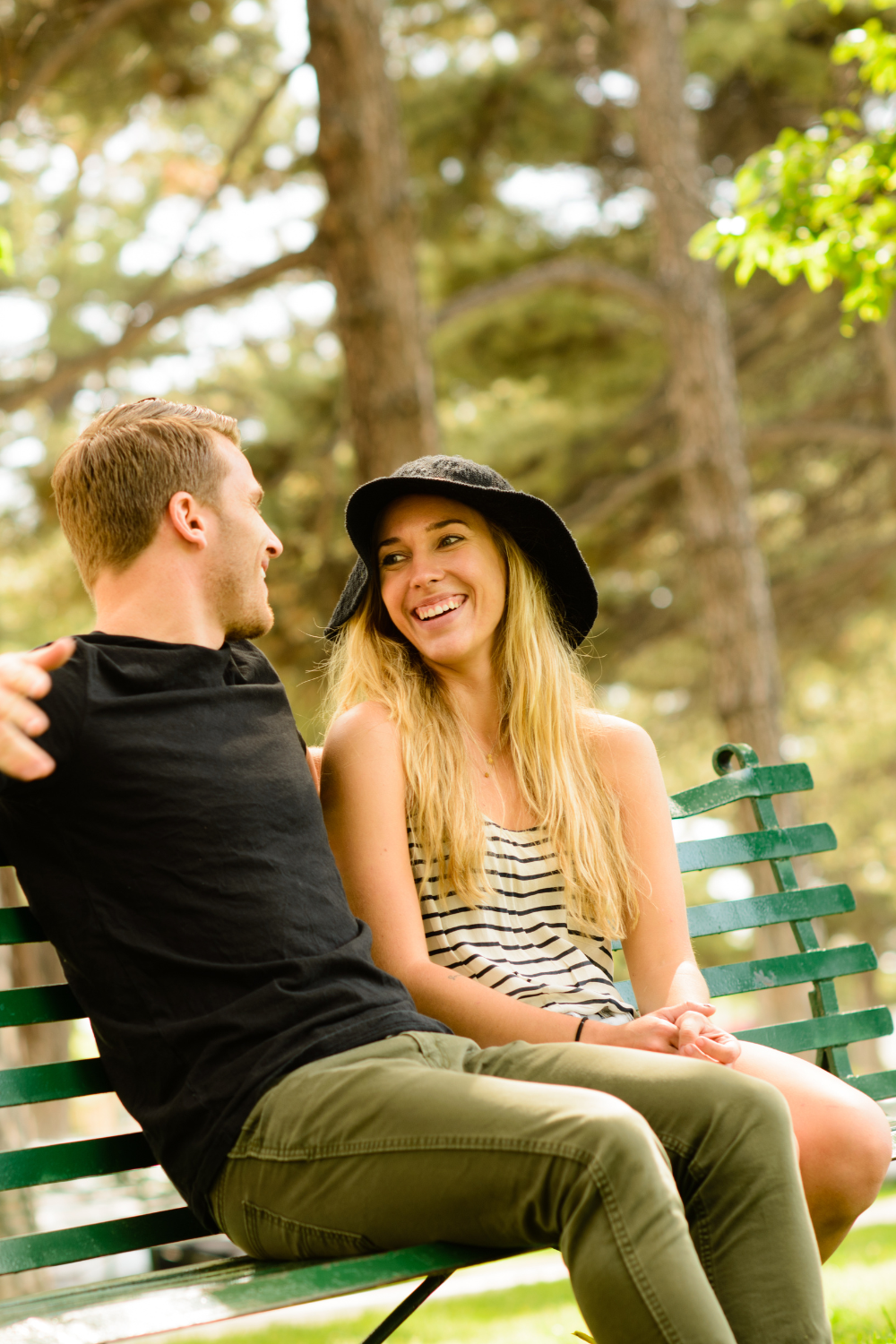 If your partner doesn’t want to spend time with you outside of sex, this is a sure sign that they don’t view you as anything more than a booty call (or booty friend).

Commitment-phobes enjoy the benefits of being in a romantic relationship without being attached or committed, especially if you don’t have boundaries.

So if a commitment-phobe wants more than sex from you or is even willing to wait until marriage to get physically intimate with you, it shows they don’t want to ruin things with you and are willing to wait. 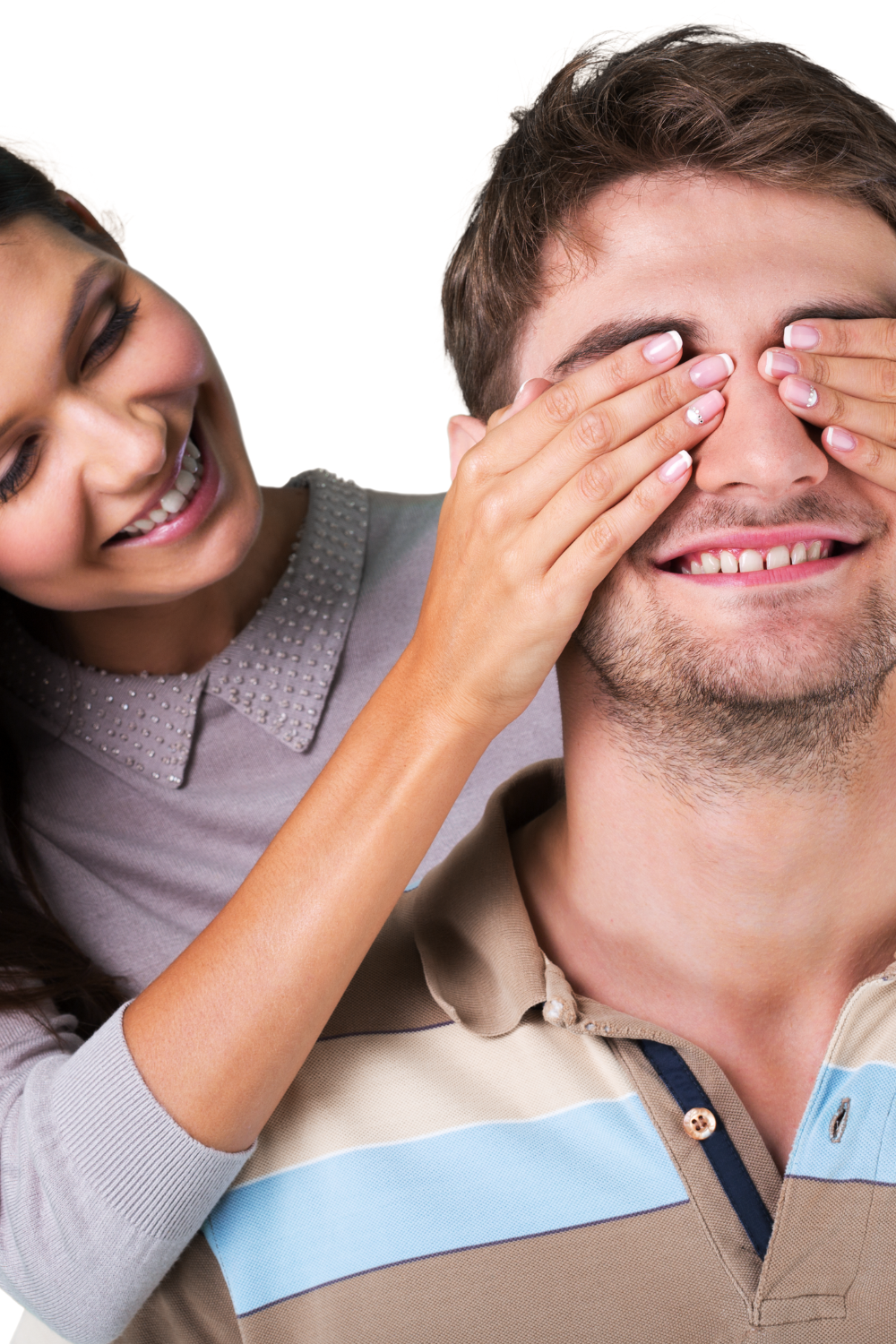 This is the most obvious sign a commitment-phobe loves you.

When someone says, “I love you,” there are two ways they could mean it.

One way is genuinely meaning it, and the other is just saying it because they think they have to.

If your partner says, “I love you” frequently and sincerely, it’s a good sign that they love you.

Being in a relationship with a commitment-phobe is no fun.

It’s hard to be with someone who won’t give you an answer to “Will you marry me?” and makes up excuses for why they can’t go out on dates or meet your friends.

I mean, what’s the joy in dating someone and you don’t know who you are to them or where you stand in their life?

So, being around someone afraid of commitment can be frustrating and unhealthy.

However, these are positive signs a commitment-phobe loves you.

If you’re dating one and long for something more, you should be assertive enough to ask for what you deserve; otherwise, you’ll end up in a situationship.

There’s no point in being with someone who claims to love you yet cannot commit to you.

Remember, YOU ARE ENOUGH!