As humans, hurting each other is inevitable because of our imperfections, flaws, and different views of life.

If you have offended someone around you or even a person you love, you have not done anything out of the usual.

Everyone has done that at some point or the other.

However, the gravity and magnitude of hurts differ, and not every offense is easily forgivable.

If you have done something grievous to your man, he may be showing signs he will never forgive you.

The truth is that no one knows if a person will ever forgive.

The reason is feelings can be volatile, and they can change their minds at any time.

However, some signs point out that a man may never forgive you.

In this article, we will look into some of the signs.

12 Signs He Will Never Forgive You

1. He has completely changed

One of the most prominent signs that he will never forgive you is that he completely changes after what you did.

Little hurts here and there happen in relationships, but both parties find a way to sort it out without letting it cause any challenges between them.

But if the offense or hurt is so deep that it causes a person to change in one way or another, it has gone beyond normal.

If you notice that his lifestyle, personality, or behavior completely changed after what you did, it indicates that what you did touched the core of his being, and there is a high chance he may never forgive you.

You may have deeply hurt him or done it too many times that he does not want the relationship anymore.

He will show this by cutting you from his life and staying away from you.

You will notice that he hardly texts or replies to your texts anymore.

He does not make any effort to talk to you for important reasons.

If he has cut you off from contacting him, it is a sign that he is deeply hurt and may never forgive you.

So, notice these signs early and make peace with them. 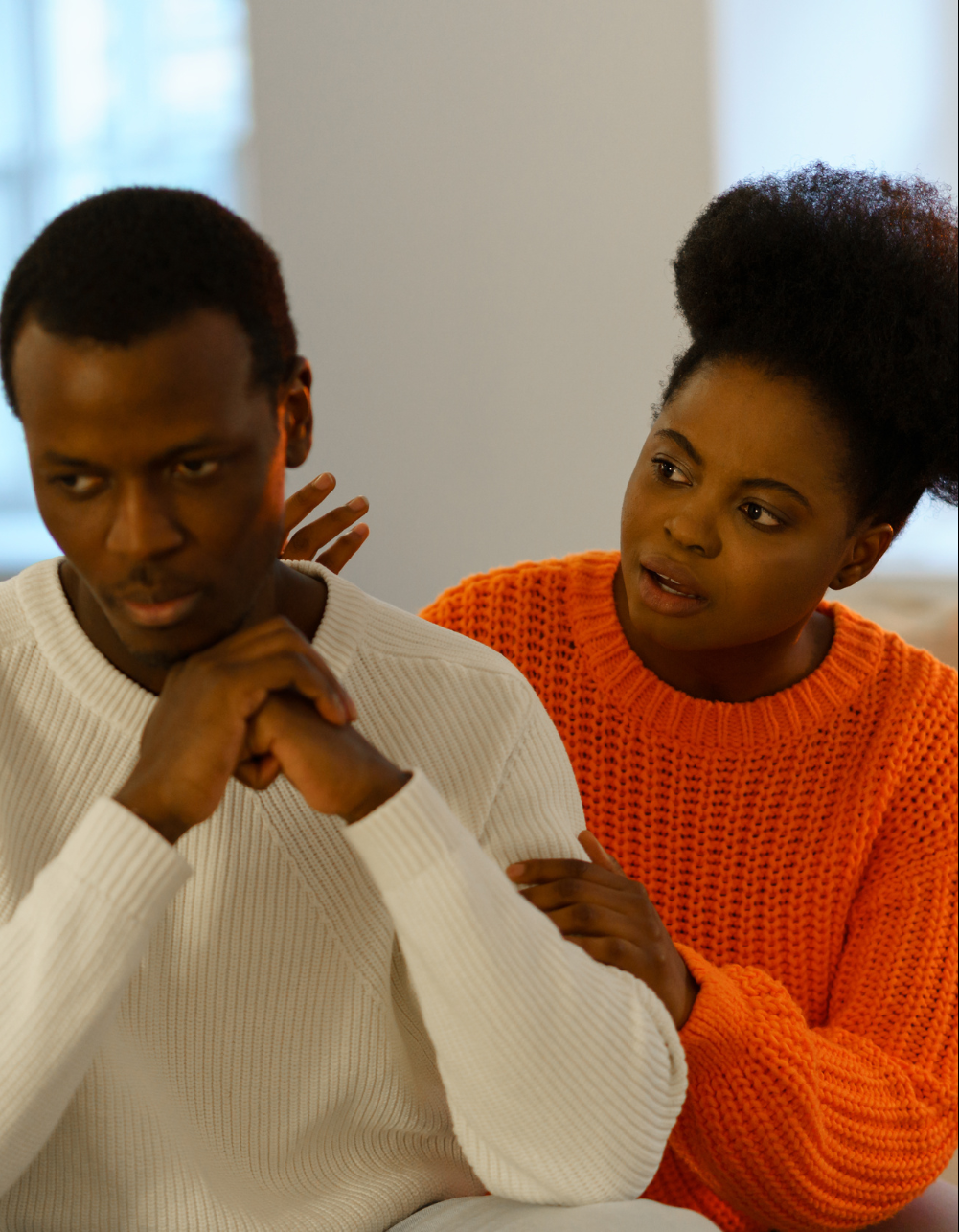 Becoming withdrawn and cold is some people’s response to hurt.

Depending on how deeply hurt they feel, they may completely close their heart against the person who hurt them and become cold and emotionless towards them.

That is why you may notice that he is more distant from you and acts differently.

It shows that deep down, he is holding grudges against you and can not fully forgive you.

That may not mean he is mean; it just shows that he is still hurt by what you did.

4. He Doesn’t Listen To Your Apology The right thing to do when you hurt a person is to apologize and try to make things right.

Whether or not the apology is accepted is another question entirely.

If he is listening to your apology but not responding, there is still a chance that he may soften and accept your apology later.

But if he does not even want to hear you apologize or see you, it is a sign that your offense is unforgivable.

He does not want to listen to you apologize because he knows that he will not forgive you.

5. He Is Seeing Someone Else 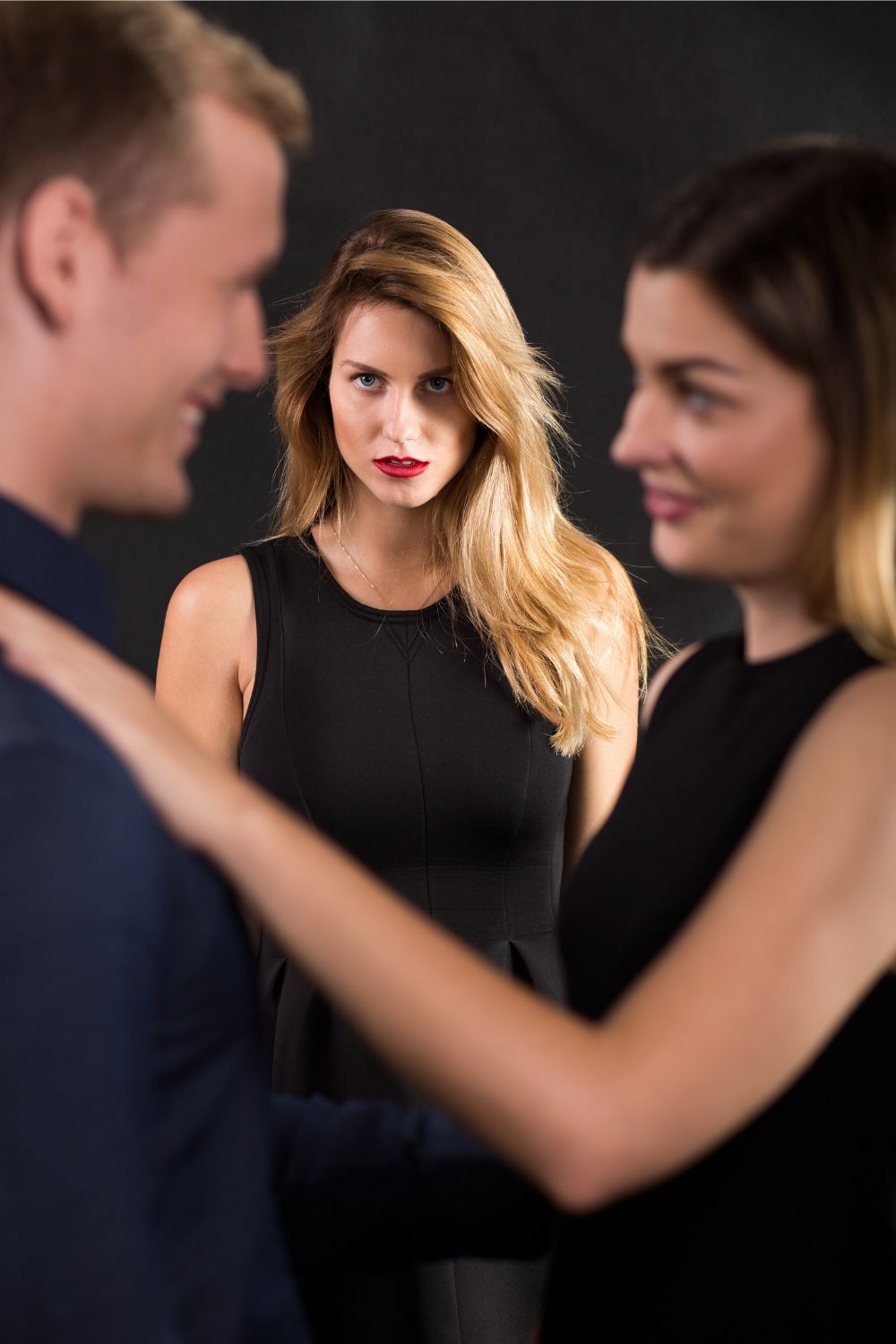 Sometimes, ladies hope their men return to them even after they have hurt the man.

Somewhere in their hearts, they do not want to believe that the man feels hurt by their actions and may move on with someone else.

It may be because the man was really in love with them before and would never leave them regardless of what they did.

If such a man is hurt and starts seeing someone else, there is a high chance that he has moved on for good.

There is also a chance that he wants to forget about you and may never forgive you, especially if your actions create issues in his relationship in the future.

6. He Does Not Listen To Plea From Friends

When things go sour in a relationship, friends and even family may intervene at some point.

Sometimes, it’s easier for the offended party to forgive and let go when the people they love come to speak with them.

You may have tried asking your friends or even his friends to plead with him, but this has proved abortive because he did not listen.

Family and friends have tried pleading with him, but he won’t hear it.

That is a clear sign that he may never forgive you. 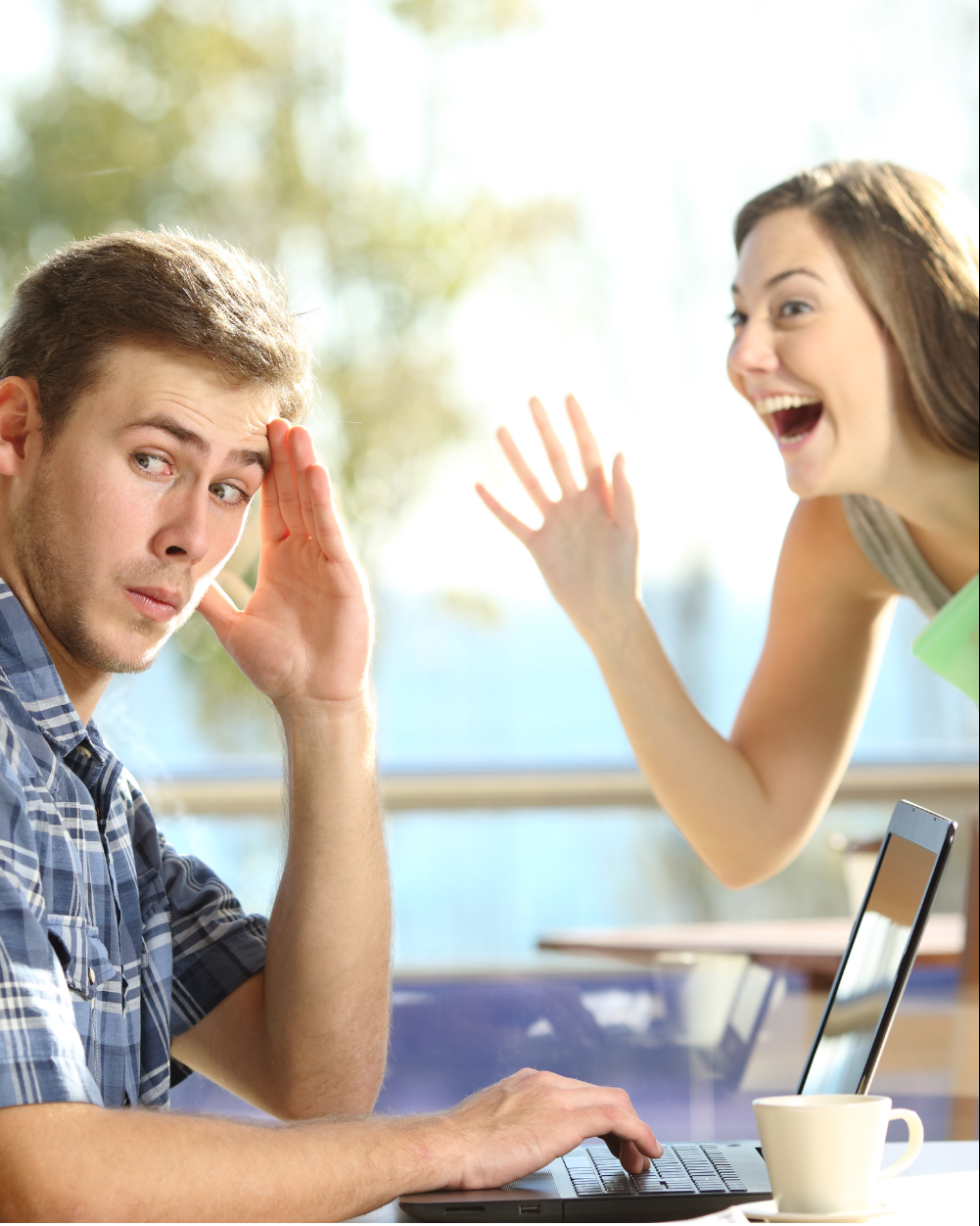 A person, who is open to the idea of forgiveness and reconciliation, will not have an issue with meeting up or seeing you once in a while.

They may not date you, but they will be okay with seeing you at a friend’s hangout or public places.

That shows they do not mind seeing you and may indicate a willingness to connect again and hopefully move forward.

But when he begins to avoid you and intentionally stays away from places you will be there even if other people are there, he is far past the point of wanting to get back together.

It is safe to believe that he is still very hurt and not considering forgiving you anytime soon.

He does not want to deal with seeing you and wants to cut you off.

8. He Returns Your Things Or Asks You To Return His

Sometimes, when a relationship ends, the parties involved move on and do not request the return of their properties.

But other times, the case is different.

He may return your things to your place or ask you to return the gifts he got for you.

Here is a sign that he is still very hurt and never plans to forgive or get back together.

He wants out of the relationship.

9. He Blocks You On Social Media

Usually, when people feel hurt by a person and do not want anything to do with them anymore, they cut ties with them on social media.

If he has blocked you on social media, it shows that he does not want to remember you or how you hurt him, and he can’t bring himself to forgive you.

Social media has become a big part of our lives, so when someone takes the step to erase you and every memory connected to you from their social media, it shows that they are deeply hurt, and forgiveness is not in sight. 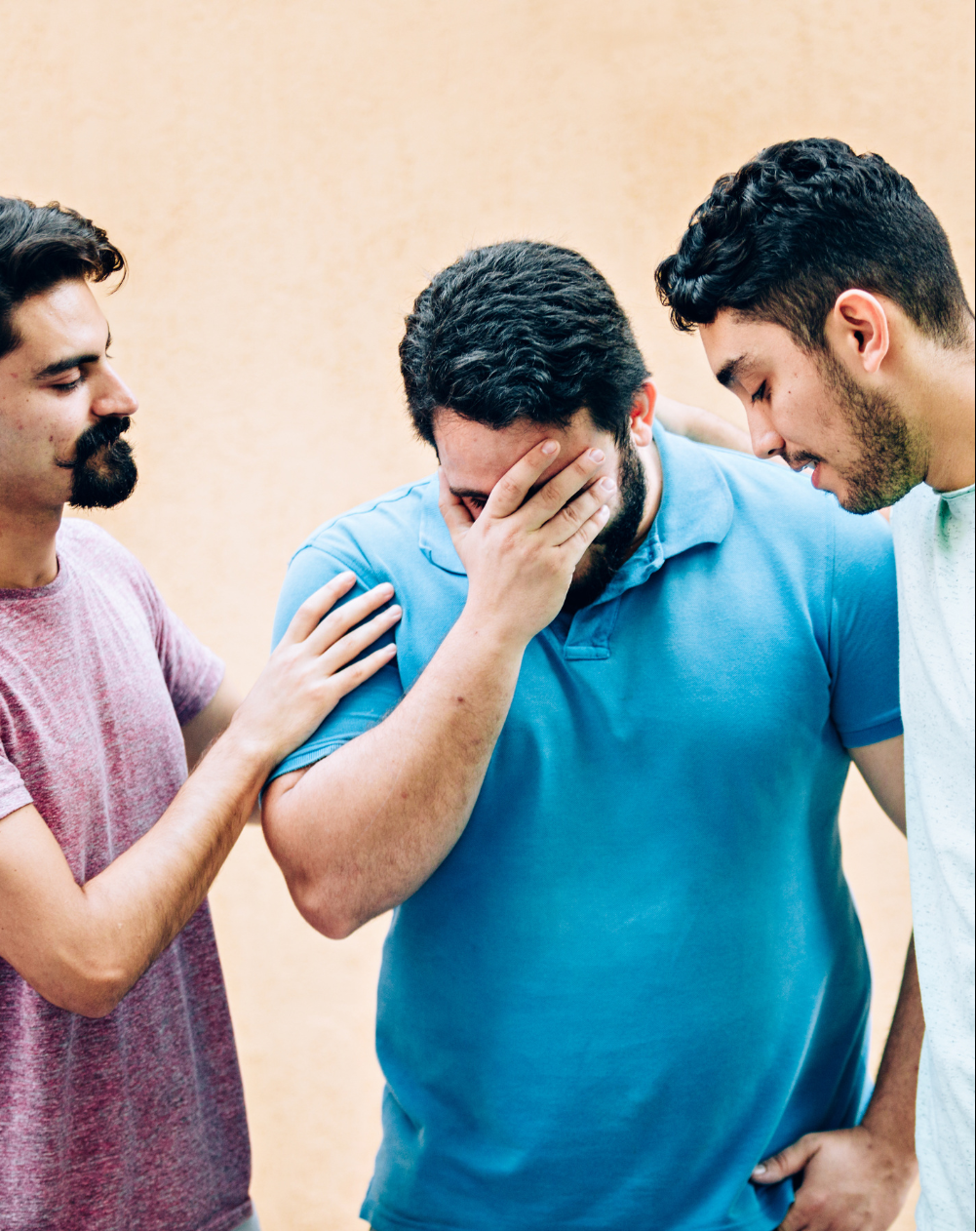 If he tells his friends or mutual friends that you both share that he is hurt and can not forgive you, believe him.

If he has not opened up to you, he might do so with them and tell them how hurt he is.

Hopefully, one of your good friends informs you of this and lets you understand the situation with him.

11. He Says Horrible Things To You 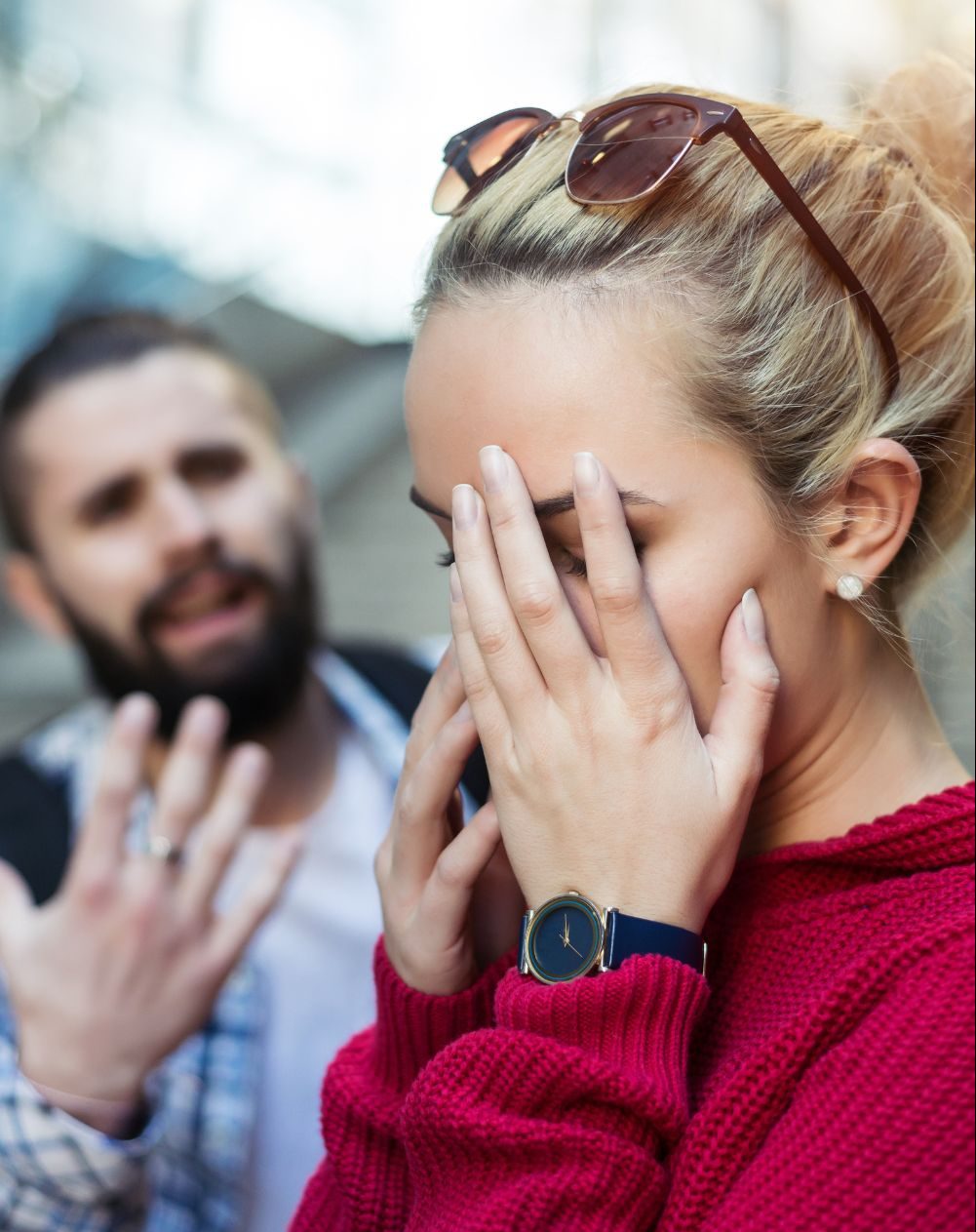 Another way to know that he will never forgive you is through his words.

If he has said bitter and painful words about how he feels about you, you may be able to tell how hurt he is.

12. He Tells You Outright

Of course, the final and most accurate way to know that he will never forgive you is when he says so himself.

If he has at any point angrily told you he will never forgive you for the hurt you caused him, do not write it off as mere words said out of emotions.

He may mean it.

Although these are unpleasant signs he will never forgive you, especially when you have noticed them in your man, it is still important you know them to help you decide what to do next.