”What to do when he stops calling and texting?”

Have you ever been seeing a guy and everything is going great, you’re enjoying spending time with him, and then all of the sudden he stops calling or texting as much?

It can be frustrating when you’re interested in a guy and he seems to disappear without a trace.

Maybe he stopped calling and texting as regularly as he did at the beginning of the relationship.

Or maybe he stopped altogether.

What do you do when this happens?

Many people have gone through this same experience.

There are things you can do to get your guy back on track – or to make sure he’s really interested in you before investing too much time and energy into the relationship.

Keep reading for tips on what to do when he stops calling and texting!

What To Do When He Stops Calling and Texting 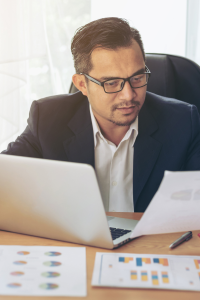 When you’re seeing someone regularly, it can be easy to assume that any time that person stops calling or texting as much is because they’ve lost interest.

But this is often not the case.

Before jumping to conclusions, it’s important to consider all of the possibilities.

This guy may just be busy doing something else.

Perhaps he has a big project at work that’s taking up a lot of his time.

Or perhaps he started seeing someone else – but still cares for you!

Sometimes it just takes him longer than usual to get around to calling or texting again.

Don’t jump to conclusions – especially if you’ve only been seeing each other for a short while.

When you’re on the receiving end of less communication, it can be easy to take his behavior personally.

But it’s important not to do this.

If he isn’t calling or texting as much, there are probably other things going on in his life that are distracting him or causing him to behave differently than usual.

Try not to read into his behavior too much.

It’s easy to let your imagination get carried away with assumptions that are probably incorrect.

3. Don’t stalk him on social media or call him incessantly

Don’t immediately go on a “stalking” spree and check out his social media accounts or call him ten times in a row.

This is definitely an example of taking things too personally – and it may even be pushing him away!

If he isn’t calling or texting as much as usual, that probably has nothing to do with you.

It’s easy to let your imagination get carried away when you’re in an unfamiliar situation, but it’s important not to lose perspective.

Try not to let your mind go crazy with all of the possible reasons he might not be contacting you.

4. Figure out what went wrong

It’s possible that this guy just isn’t into you anymore.

It’s never easy to hear, but it happens – even with the most promising new relationships.

If this really is the case, you may want to think about what went wrong.

Was it something you did?

What was missing from the relationship that made him lose interest?

Think about your past few dates together and ask yourself if you can think of anything that went wrong.

Think about what might have caused him to lose interest in you.

8 Reasons a Guy Stops Talking to You

29 Signs He Wants You to Leave Him Alone

5. Give him some space and time to miss you

Before you panic and start plotting how to get him back, give him space and let him miss you.

This way he can put his communication skills to work and call you the next time around.

It might seem counterintuitive, but if you’re worrying about him so much that you’re calling and texting him all the time, he’s probably relieved when he finally gets some peace and quiet.

How to Give Him Space Without Losing Him

6. Plan a fun activity with friends to take your mind off things 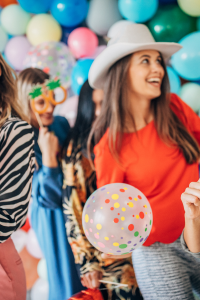 It’s easy to feel down when you think about this guy not wanting to date you anymore, but it’s important to make an effort not to let yourself spiral downwards.

Make plans with your friends!

Get out of the house and do something fun so that you can take your mind off things.

If you spend too much time thinking about what went wrong or obsessing over him, you might let yourself get into a bad emotional state.

That’s the last thing that you want to do.

So whatever happened with this guy, try to move on and focus on having fun.

It’ll help take your mind off things and you might even meet a new someone!

7. Reach out to him if you feel like the silence is too much to handle 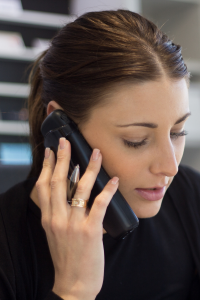 If you really feel like you need closure, you can always reach out to him.

But don’t get your hopes up!

Don’t say anything that could be potentially insulting or make him feel uncomfortable.

So if there are any hard feelings between the two of you, it’s best not to bring them up.

You want this conversation to be as friendly and painless as possible.

In a way, you want him to miss you.

So make sure that talking to him doesn’t make things worse.

Just keep in mind that he might not be ready or willing to talk about what happened yet.

If the two of you hit it off originally, he might not be ready to let that go yet.

8. Reach out to him if you want to start things up again

On the other hand, maybe you do want him back.

You might not want to let the relationship end, and that’s totally understandable.

In this case, it might be a good idea to reach out to him if you want things to start up again or if you have any questions.

Let him know that you want him around.

Guys like to know that they are wanted and that their presence is important to the relationship.

That being said, don’t be too pushy – he might not be ready yet.

Don’t immediately try to arrange a date or bring up the idea of getting back together.

Just shoot him a casual text to see how things are going and if he’d be interested in seeing each other again.

9. Move on if he doesn’t reach out after a reasonable amount of time has passed

If you’ve been trying to get in touch with him and he’s not responding, it’s time to move on.

You can’t force him to talk to you if he doesn’t want to, so don’t try!

It might be hard at first, but you’ll feel better about yourself if you stop reaching out.

10. Don’t jump into anything right away during rebound time

If it ended on good terms with no hard feelings (or if you initiated the breakup yourself), it might be tempting to jump into another relationship right away.

This is totally normal and a lot of people do this.

But don’t forget that rushing into a new relationship isn’t going to magically make your feelings disappear.

You might still miss your ex or have unresolved feelings for him, so don’t get too caught up in rebound time.

If you decide to start seeing someone again, it’s important to make sure that they know the deal.

They need to know if you’re still hung up on this other person and if there are any hard feelings between the two of you.

It might be best to wait until after rebound time before starting a new relationship.

11. Don’t do anything you’re going to regret

It might be tempting to send this guy all your bottled-up anger and resentment, but don’t do it.

It’s not worth getting into another argument or fight with him.

You’ll just end up feeling worse than you already do about the whole situation.

You should also stay away from overly flirty or s*xual texts.

Maybe you’re still very attracted to your ex and tempted to send him something sexy, but don’t do it!

It might end up getting back to him, which would not only be embarrassing, but it could potentially cause problems for any new relationships that you might have.

It’s definitely not worth the risk!

If you want to communicate with your ex after the breakup, keep it casual and friendly.

Don’t insult him or say anything that could potentially hurt his feelings.

Know this: there is someone out there who is looking for you and will love you the way you deserve to be loved.

Don’t give up on love. 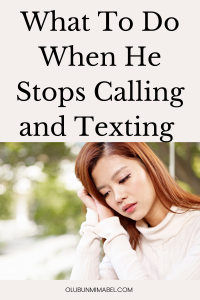