What does it mean when your ex returns your stuff?

Does it mean they want you back?

Does it mean they miss you?

Does it mean they want to be friends again?

This is a big question, and there are many answers.

Let’s consider some possible reasons your ex might be returning your things.

What Does It Mean When Your Ex Returns Your Stuff?

1. They are trying to move on 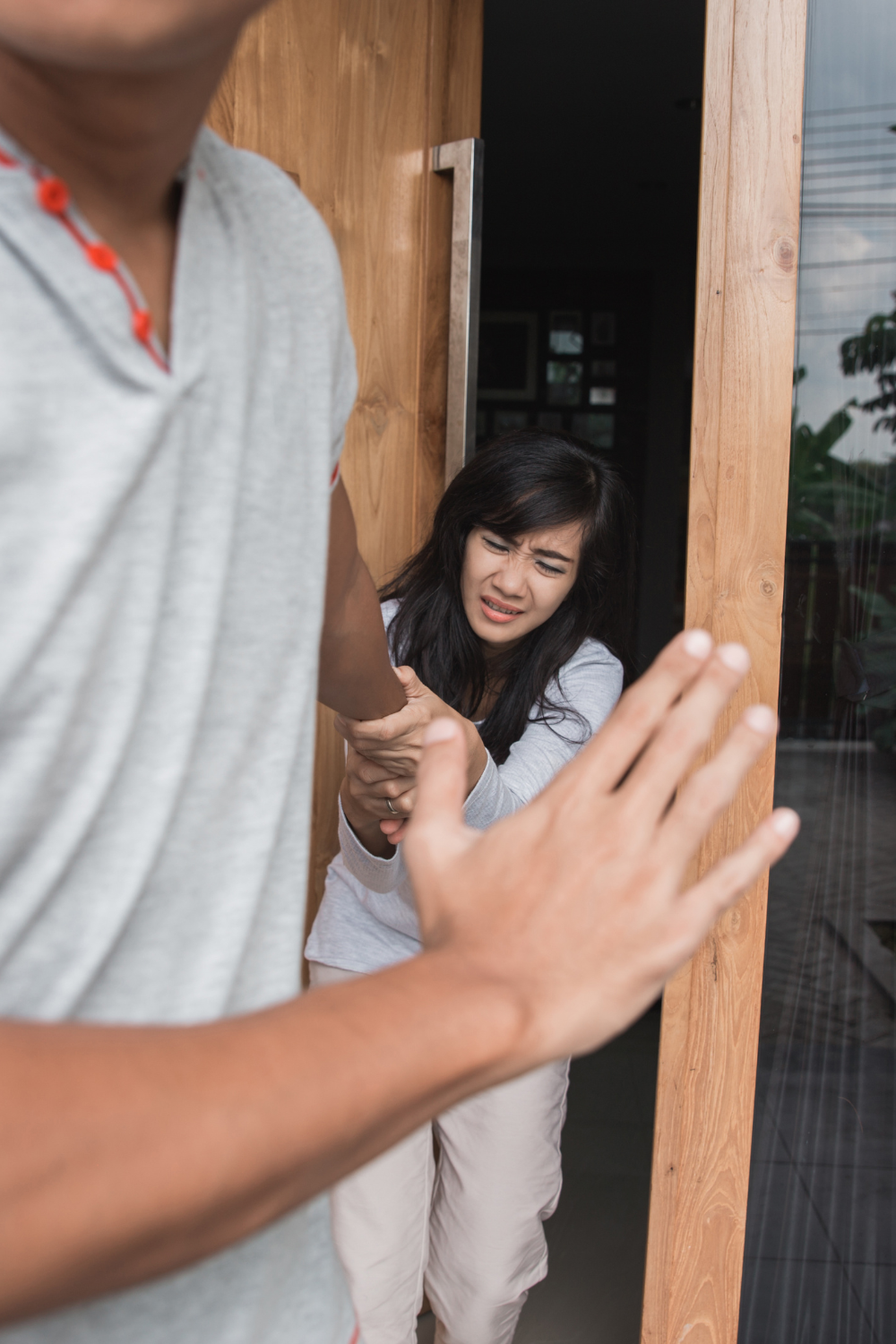 When your ex returns your stuff, it could mean they are trying to move on.

They might not be ready to let go yet, but returning your stuff is a step in the right direction and a way of removing all traces of you from their life so they can move on.

If you’re still holding onto hope, now is the time to let it go.

They’ve made their decision, and you need to respect it.

2. It could be a way to get you to agree to meet them in person again

Your ex might return your stuff as a way to get you to agree to meet them in person again.

If you’ve been trying to avoid them, this could be their way of getting your attention and trying to patch things up.

They probably don’t know how else to contact you without looking desperate (or creepy).

3. They could be trying to send you a message

When your ex returns your stuff, they could be trying to send you a message.

Maybe they’re trying to say they’re sorry or they miss you.

Or, it could tell you that they’re moving on, and you should too.

Listen to what the message is and take it for what it’s worth. 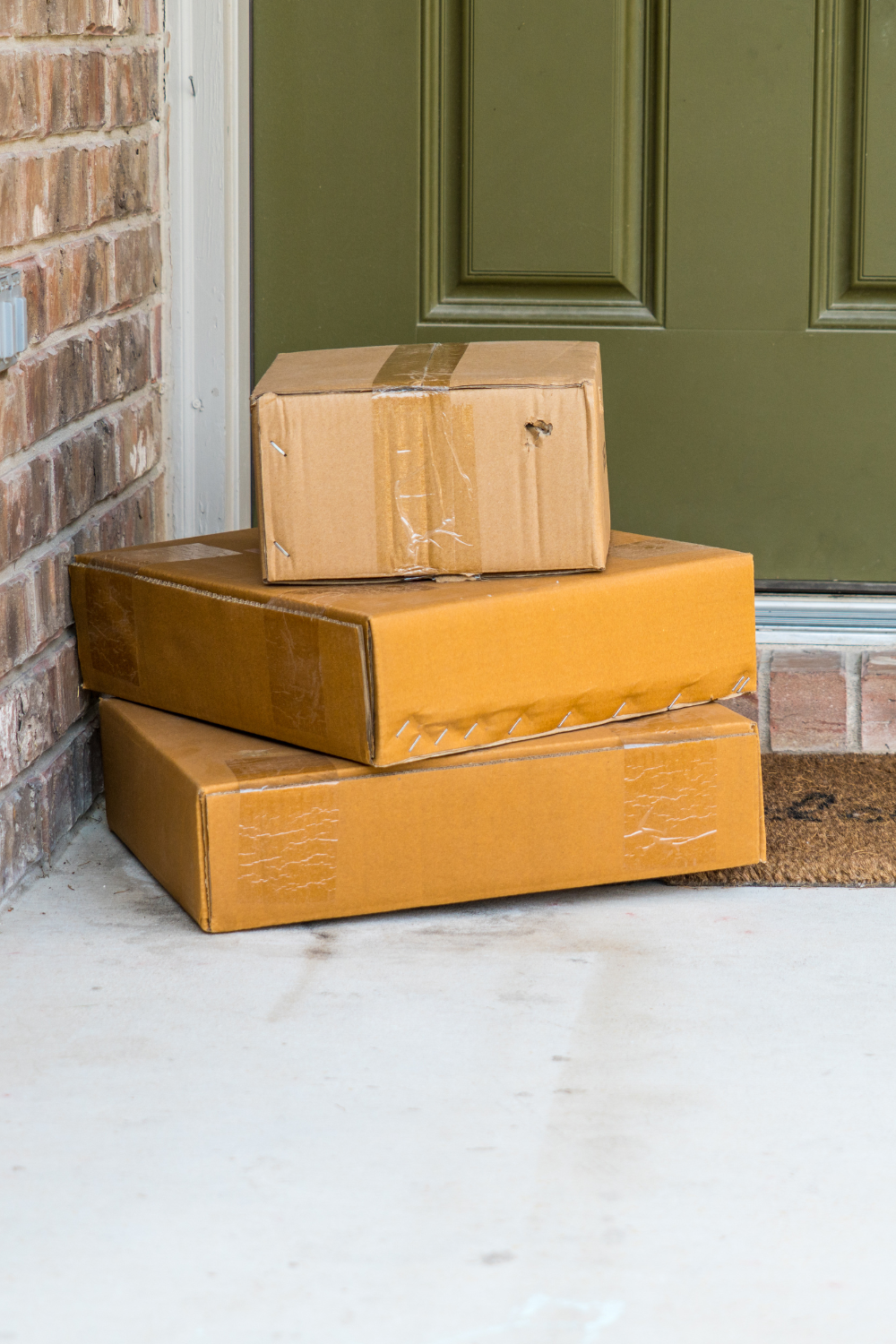 Your ex could return your stuff because they think it’s important to have your things, especially if those things are dear to you.

It could be a nice gesture on their part and a way of showing that they still care about you, even if things didn’t work out between the two of you.

Don’t read too much into it, though.

Sometimes people just want to return what doesn’t belong to them.

5. They’re trying to make you jealous

Your ex may return your stuff just to make you jealous.

They could have moved on and now have a new partner, so they’re just trying to stir up drama or make you feel like an idiot for giving up on them in the first place.

6. Your ex is trying to make you feel guilty

Another possibility is that your ex is trying to make you feel guilty.

By returning your stuff, they hope you’ll feel bad for how things ended and maybe take them back.

While getting back something that belongs to you is nice, if your ex is trying to make you feel bad about leaving them, they’re being manipulative. 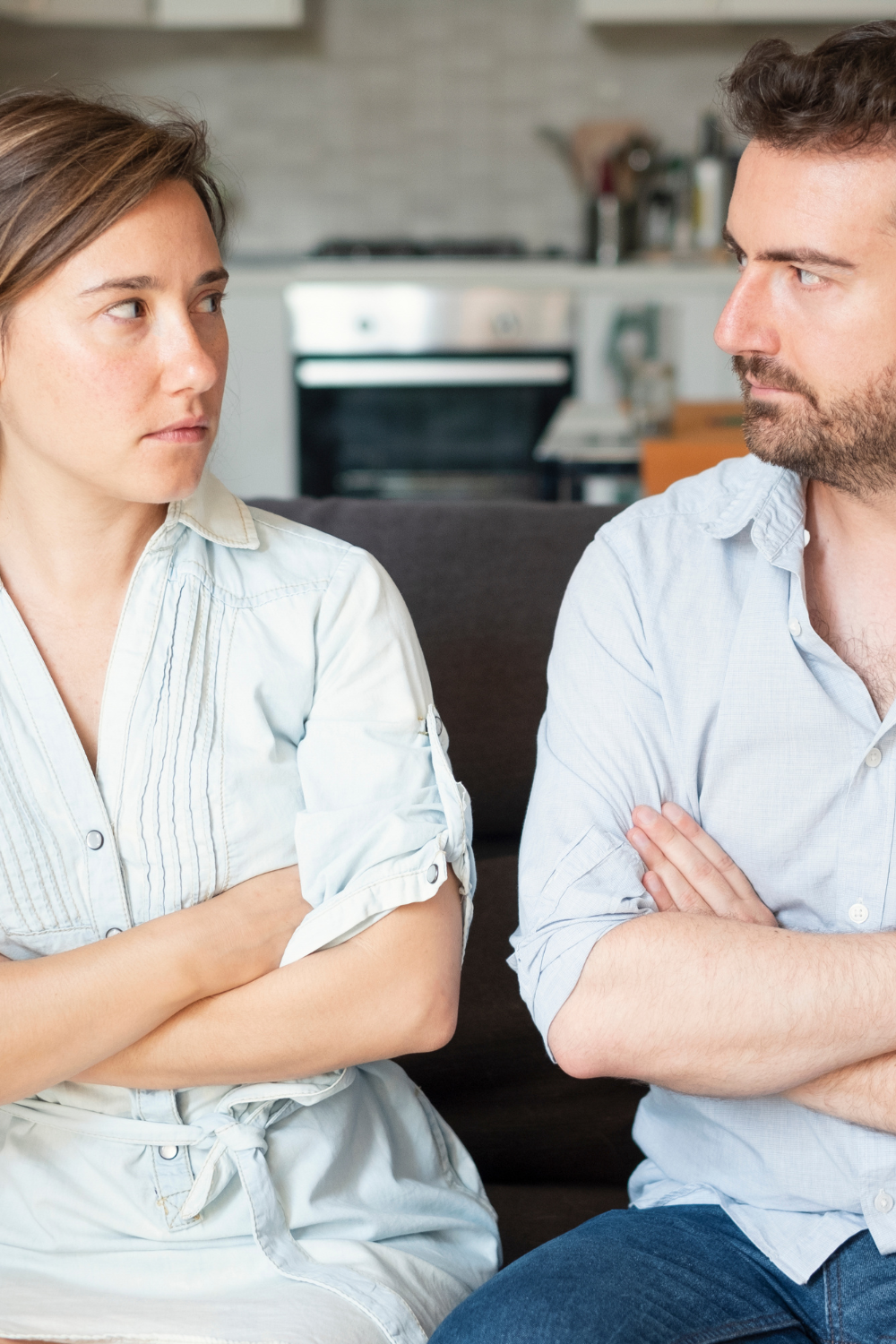 Your ex returning your stuff can indicate that they still hold a grudge against you.

They might be resentful for how things ended, which is their way of getting back at you.

It’s not a very adult way of handling things, but some people just can’t let go of their anger.

8. They’re trying to give you closure

If your ex returns your stuff and doesn’t want anything to do with you, it could be their way of giving you closure.

They might not be able to say it to your face, but by returning your things, they are trying to show you that it’s really over and there’s no going back.

9. Your ex is trying to get your attention

Another possibility is that your ex is trying to get your attention.

They hope you’ll notice by returning your stuff and maybe even reach out to them.

This could be their way of trying to patch things up or getting back together.

Or, it could be a way of telling you that they miss you and want to talk to you again.

10. They want closure too 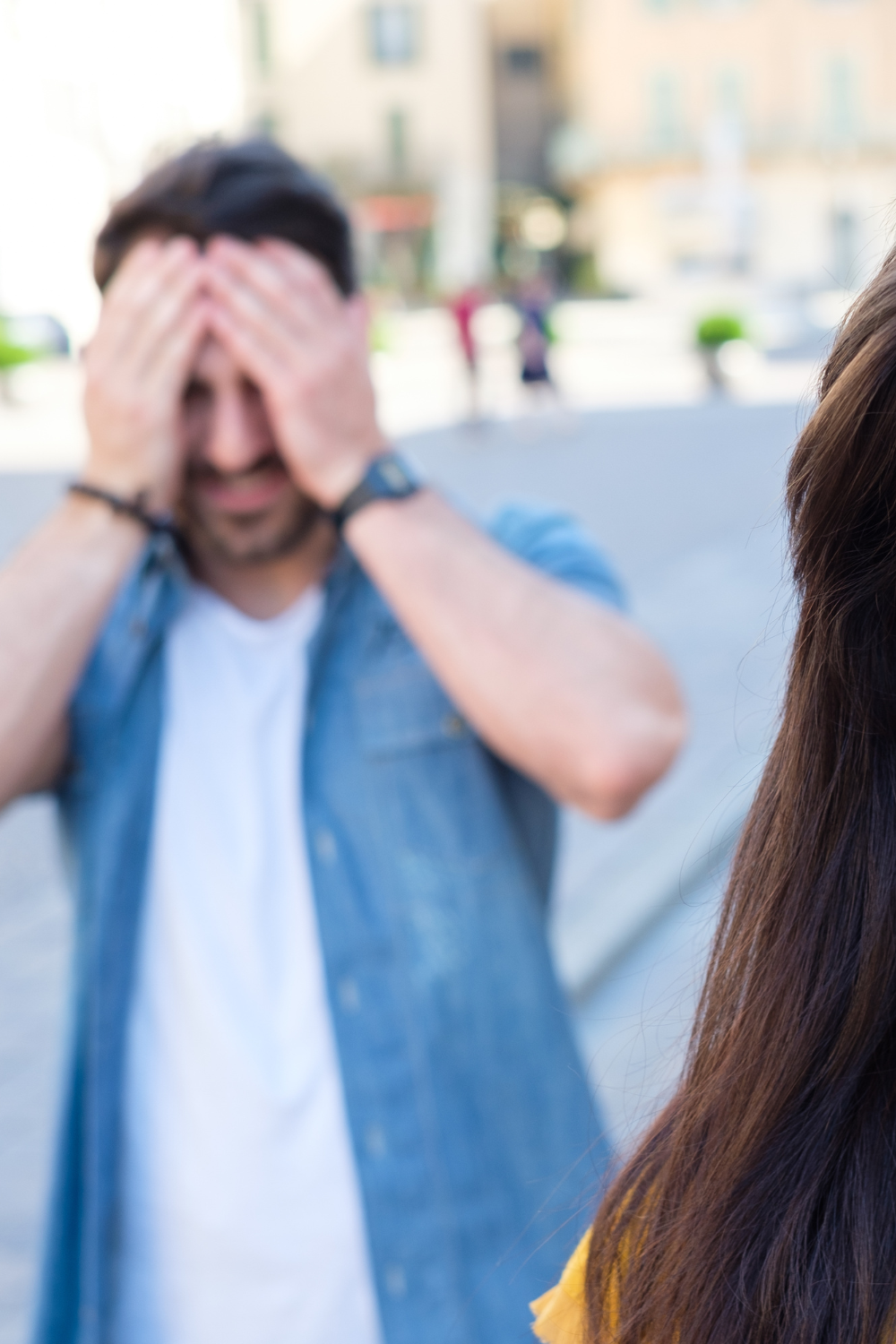 If your ex is returning your stuff, it could also be because they want closure too.

By returning your things, they are trying to end things and move on with their lives.

There are many possible explanations for why your ex would be returning your stuff, and you probably won’t know until you talk about it.

But you can guess their intentions by considering how they returned your stuff and their reaction to seeing you again.

If they were happy to see you and just wanted to return what was yours, then it’s likely that they don’t have any ill intentions.

But if they were cold and distant or tried to make you feel guilty, there’s a good chance that their motives weren’t pure.

They might be doing it out of spite or because they’re still bitter about the breakup.

And if you’re unsure what their intentions are, it’s always best to ask them directly. 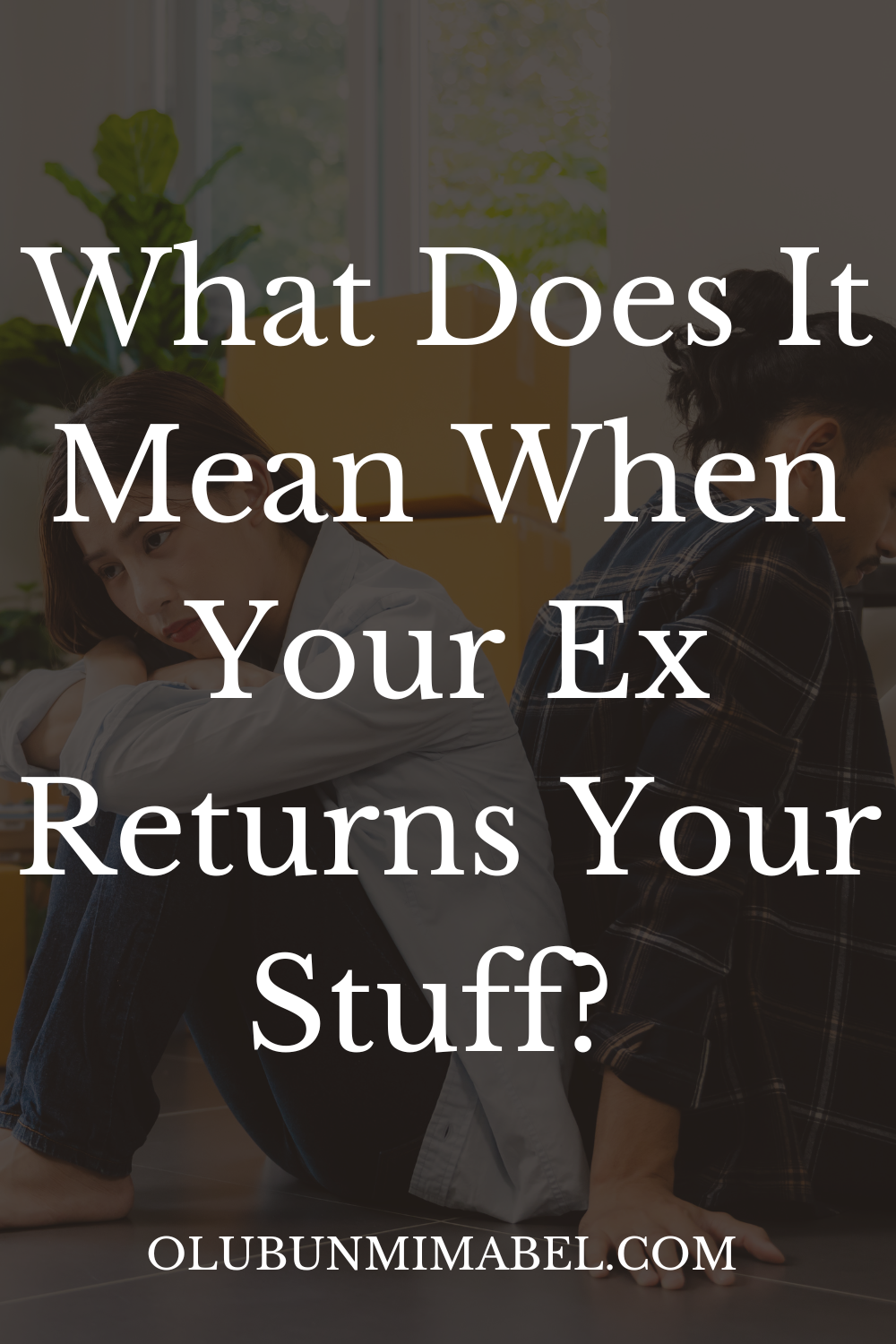