One of the most difficult parts of dealing with a breakup is accepting that the person who used to be the center of your world does not want to be part of your life anymore.

So, it’s not surprising to perceive some signs that your ex is bitter after a breakup.

Even though they may be trying to cover up the hurt, you can always tell what they are feeling.

If your ex is acting bitter, it’s because they are bitter.

They don’t want to admit it, but it’s clear through their actions and words that they aren’t over you.

Here are 17 signs that your ex is bitter:

17 Signs Your Ex is Bitter

1. Your ex constantly tries to get a reaction out of you

If your ex is bitter, they will do everything to get a reaction out of you.

It’s one thing if your ex wants to talk things through rationally and make sure you’re both okay after a breakup.

But if your ex is trying to start arguments or provoke you after the breakup, they might be doing it for no other reason than getting a rise out of you.

2. Your ex still talks about your relationship and how you hurt them 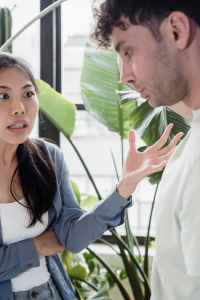 This is one of the clearest signs your ex is bitter about what happened between you two.

If they keep bringing up past hurts and making you feel bad about them, they’re not over it yet.

They’re still stuck in their little world where it’s all about them and how you hurt them so bad.

They might be doing this when talking to you or venting their feelings to friends or family.

3. Your ex talks negatively about you to your mutual friends

If your ex has started bad-mouthing you to your mutual friends, family, and even their new lover, their feelings toward you have shifted from love to resentment.

This is especially true if your ex has “warned” your friends about being around you or labeled certain traits of yours as undesirable.

This is to get them on their side or make them think less of you.

4. They try to make you jealous

If your ex is bitter, they won’t be able to help themselves from trying to make you jealous.

Their number one motivation is to hurt you, so they’ll do whatever they can to make you feel like crap.

They may try to make you jealous by flaunting some new person in your face on social media, or they may send you a text that says, “I’m so happy without you”.

Either way, they’re just trying to get a rise out of you.

If your ex is doing this, it’s clear that they’re not over the breakup and are feeling super bitter about the whole thing.

5. They ask you to return their things with you 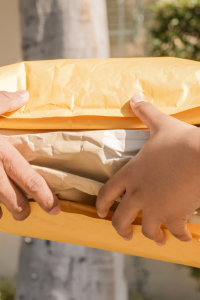 If your ex is bitter, they may ask you to return their things at your place.

This could be anything from clothes to pictures to souvenirs from trips you took together.

They may try to act like they’re doing you a favor by asking for these things back, but it is usually a sign of desperation and a way for them to cut all ties with you.

Also, it could be an excuse to see you again.

6. They post bitter things about relationships on social media

If your ex is bitter, they may start posting bitter things about relationships on social media.

Usually, people who post these things are bitter and angry about their relationship experiences.

The goal of these posts is to make you feel like you did something wrong and that you’re the one who caused the breakup.

It’s a way for them to lash out and get attention.

7. They un-follow or block you on social media

If your ex is bitter, they may un-follow or block you on social media.

This is usually a sign that they don’t want to see anything that has to do with you.

It could also be a way for them to control the information they see about you.

8. They refuse to give back your stuff

If your ex is bitter, they may refuse to give back your stuff.

This is their way of holding on to what’s theirs and continuing to exert control over you.

9. Your ex brags about their new relationships to make you feel bad 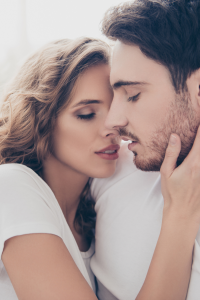 If your ex is bitter, they may brag about their new relationship or exaggerate the truth about their dating life to make you feel bad.

They may even post pictures of themselves with their new partner and make sure to tag you.

This is a way to prove that they’re doing better without you.

If your ex is bitter, they may post about you on social media.

This could be anything from making fun of you, posting embarrassing pictures of you, and saying mean things about you.

They may even try to start a fight with you on social media.

11. They always have something snarky or critical to say about you 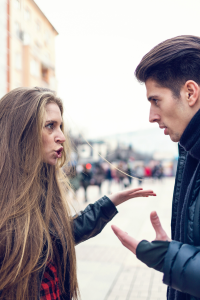 If your ex is bitter, they will always have something snarky or critical to say about you.

No matter what you do, they will always find a way to put you down.

This is their way of making you feel bad and reminding you that you’re not good enough.

12. They still seem mad at you, even though it was years ago

If your ex is bitter, they may still seem mad at you, even though it was years ago.

It’s like they’re never going to forgive you for breaking up with them.

They may still bring up the breakup in conversations, even though it’s been long.

This is their way of holding on to the anger and hurt they feel.

If your ex is bitter, they may contact you out of the blue.

This could be in the form of an email, a text message, or a phone call.

They may even show up at your house or workplace.

If your ex texts or calls you out of the blue and doesn’t have a legitimate reason, they miss you and want to talk to you.

14. They want to be friends, but their true motive is still unclear

If your ex is bitter, they may want to be friends, but their true motive is still unclear.

But their real motive is still unclear.

15. They get angry if you have moved on and are happy

If your ex is bitter, they may get angry if you’ve moved on and are happy.

They may act like they’re okay with it, but their true feelings will come out sooner or later.

This is their way of getting back at you for moving on without them.

16. You are blocked on every form of social media

If your ex is bitter, they may block you on every form of social media.

This is their way of completely cutting you off from their life.

17. They constantly talk about how they are doing well in life

When an ex keeps posting pictures and updates on social media about how great their life is after the breakup, it might seem like they’re trying to rub it in your face.

And in some cases, that is exactly what’s happening.

Your ex is probably trying to make you jealous.

They want to show off and make you see what you’re missing out on by not being with them anymore.

As a result, they might exaggerate or lie about their accomplishments to get a rise out of you.

The first step to dealing with a bitter ex is to understand that it’s not about you.

The bitterness is actually about the bitter person.

It’s about their lack of coping mechanisms and inability to process their own emotions.

It’s not about you at all.

You had nothing to do with it, and they didn’t become a bitter person because of you.

It wasn’t your fault, which means there isn’t much you can do about it except not let their bitterness get to you.

There is little you can do to help them; it’s something they have to do on their own.

They need to figure out how to process their emotions healthily instead of bottling them up or taking them out on other people.

You shouldn’t feel guilty for leaving someone who doesn’t treat you right or if you no longer believe in the future of the relationship.

It doesn’t matter if they were perfect for you once upon a time, because everyone changes — and sometimes, people change for the worse.

So, don’t blame yourself.

It’s natural to feel guilty after a breakup, especially if you initiated it.

But your ex likely had their issues that contributed to the end of the relationship.

It just wasn’t meant to be.

In dealing with a bitter ex, stay civil.

This is more helpful than if you’re snarky and sullen every time you’re forced to interact with each other.

Block them on social media if you have to. 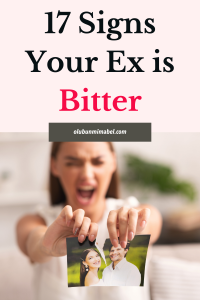