It can be confusing when a guy acts interested then backs off.

You think you’re getting on well with him, only to have him back off and disappear from your radar for no apparent reason.

It’s especially difficult if you’ve been physically intimate with him.

It can feel like something ‘wrong’ with you turned him off, but the truth is there are many reasons why a man will pull away after seeming so into you.

If you’re wondering why he’s acting so hot and cold, here are 14 reasons a man could back off after showing interest in you:

When a Guy Acts Interested Then Backs Off: Hers’s Why

1. He’s a commitment-phobe who got scared 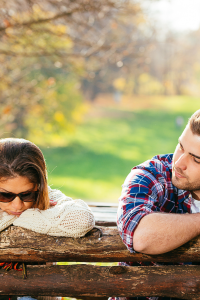 If a guy is used to being single, he enjoys the freedom that comes with it.

When he starts getting feelings for you, he may feel trapped and panicking because he’s worried his freedom will be taken away.

This can cause him to take a step back after pursuing you initially.

It’s possible that he’s enjoying your company and how things are going between you, but he doesn’t want to commit to a relationship.

He may be scared of getting hurt again, hurting you, or not ready for something serious.

3. He doesn’t see a future with you 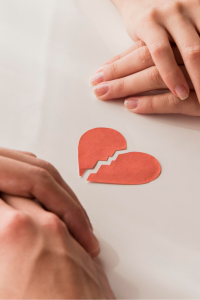 Even if the two of you are super compatible, there could be other things at play here if you’re not on the same page about the future and what both of your goals are for it together or individually.

If he doesn’t see himself spending the rest of his life with you, then there’s no point in him sticking around if it’ll make things harder later on.

4. He’s a player and doesn’t want anything serious at all

A man who plays mind games will act interested in you and then back off so that you become confused about the relationship.

This kind of man doesn’t intend to get into a serious relationship because he likes being single and seeing other women simultaneously.

He will also do little things to show that he is only interested in being friends with you when he has been flirting heavily.

A man may pursue you and back off because he is dating around and getting to know other women simultaneously as you.

Even though you feel like you’re in an exclusive relationship with him, he hasn’t committed himself entirely to you yet.

When a guy acts interested then backs off, he was never that into you in the first place.

Perhaps your attraction and connection with him made you blind to the truth.

When a guy is into you, there is no question in your mind.

He will make his intentions crystal clear to you.

You won’t have to guess if he feels the same way you do.

He will flat-out tell you or show you how he feels about you in every possible way.

You’re not going to have to worry about him backing off or disappearing.

7. He met someone else 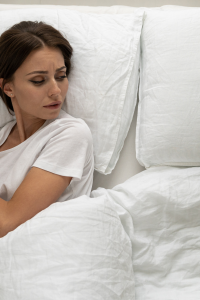 It’s possible that he met someone else and is now pursuing her.

When a man meets someone new, he can get swept up in the excitement of the new relationship and forget all about you.

He may even start distancing himself from you as if to prepare for the eventual breakup.

8. He could be going through something difficult in his personal life and needs to focus on that for now

If a man is going through a difficult time, he may not have the energy to pursue a relationship with you.

He may need to focus on his personal life and get things sorted out before even thinking about being in a relationship.

He could be having problems at work that he doesn’t want to talk about.

Or maybe there’s a family situation that has nothing to do with you but is causing him stress.

If he says it’s not you, it’s probably not you.

9. He might be intimidated by you and doesn’t feel that he measures up to you in some way

There’s a chance that he’s intimidated by you and may feel like he can’t compete with you.

Even if you aren’t aware of any ways you intimidate him, there’s a good chance that he’s picked up on things that make him feel like you are too much woman for him.

For example, a guy might feel intimidated by a more attractive woman who has a higher social status or makes more money than him.

A guy might also feel intimidated if the woman is very outgoing, sociable, and popular amongst her friends and family members.

This isn’t enough reason for a guy who is truly interested in you to back off.

A real man should be secure in himself and not be intimidated by the woman he loves, especially if she’s not lording it over him. 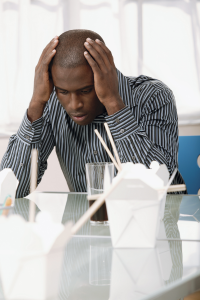 When a man backs off, it could be because he’s overwhelmed and needs some space.

He may feel like he’s moving too fast with you and needs to take a step back to catch his breath.

Don’t take it personally if a man tells you that he needs time and space.

It doesn’t mean that he doesn’t like you or will never talk to you again.

Sometimes, a guy needs some time alone to sort out his thoughts and feelings.

This is common with introverts, especially ones who want to date extroverts.

It can also happen when a guy has been single for a long time and is suddenly juggling multiple dates.

10. You were too available or desperate

When someone is too available or desperate, it can be a huge turn-off for someone who is looking for a genuine relationship.

It makes you come across as someone who is needy and doesn’t have any self-respect.

It also shows that you don’t have any other options in your dating life.

If you’re always available to him, he may feel like he doesn’t need to put in any effort because you’ll always be there for him.

You should have your own life, hobbies, and friends that you can rely on even if a man is unavailable.

11. He’s not over his ex-girlfriend 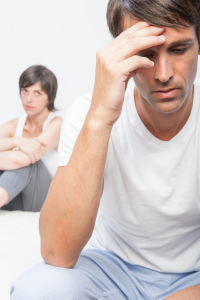 It’s possible that he’s not over his ex-girlfriend and is still hung up on her.

If a man can’t let go of his ex-girlfriend, it’s a sign that he’s not ready for a new relationship.

He’s probably still hurting from the breakup and isn’t emotionally ready to move on.

12. You make him feel like he’s in a committed relationship with you even though you’re not

When a man backs off, it could be because you’re making him feel like he’s in a committed relationship with you even though you’re not.

For example, you might be calling him your boyfriend, referring to him as your husband, or telling him that you love him even though you’re not in a committed relationship with him.

If you’re doing this, stop.

Remember that until you’re actually in a committed relationship with someone, you should not be treating him like he’s your boyfriend or husband.

13. He’s gotten what he wanted from you 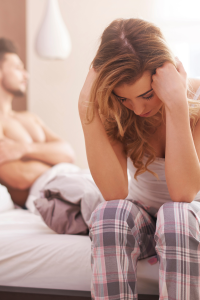 It’s possible that he’s gotten what he wants from you and doesn’t need to talk to you anymore.

For example, he may have just wanted to sleep with you or use you for money, attention, or a place to live.

If this is the case, he’ll stop contacting you once he’s gotten what he wants.

Lastly, the most likely reason a man who acted interested backs off is because he lost interest.

This usually happens when he realizes that you’re not the right match for him or that he’s not as interested in you as he thought.

If a man backs off after he’s been pursuing you aggressively, there are many possible explanations.

The most common reasons are listed above.

If you’re still unsure what’s going on, talk to him and ask him why he’s been backing off.

This isn’t the most comfortable conversation, but it can help get to the bottom of things.

If he truly cares about you, he’ll be willing to talk openly and honestly with you about his feelings.

There are also ways to regain a man’s interest in you if he loses it. 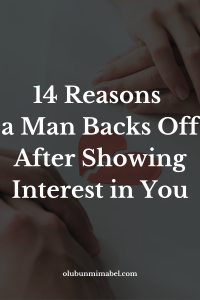