What are the signs he is using you for a place to live?

You have been dating your boyfriend for a while now, and he seems like a nice guy.

You have slowly been allowing him to move his things into your apartment.

He has been telling you that he is going through a rough patch and needs somewhere to stay until he can get back on his feet.

You are starting to wonder if he is using you for a place to live or if he does care about you.

If you are wondering if your boyfriend is using you for a place to live, here are some signs that might help you determine whether or not your man is sincere about being with you or if he just wants a place to live:

11 Signs He is Using You for a Place to Live

He is affectionate but a little distant.

Your boyfriend is using you for a place to live if he’s distant and sweet when he needs something from you.

If he’s not there for you when you need him, but he suddenly makes himself available when there’s something he wants, it means that he’s only interested in spending time with you when it benefits him.

He might pretend to care about your problems to get what he wants from you.

This is a form of manipulation, so you have to be careful.

2. He shows a lack of interest in your life

This is a sign that he just wants you for what you can do for him.

A man who loves and cares about a woman will want to know all about her, her dreams, interests, and life experiences, including how she spends time when she isn’t with him.

You may have noticed that he doesn’t ask about your day or doesn’t seem to care how your family is doing or what you did with your friends on the weekend.

That’s because his real interest is in using you as a place to live—and if he has to listen to something other than himself, it might make him uncomfortable.

You deserve better than someone only caring about what they get from having a relationship with you. 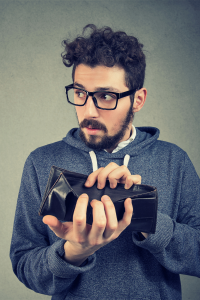 If your partner is always broke, it’s a sign that he’s using you for a place to live.

When someone is always broke, they’re not going to be able to afford rent and other living expenses on their own, so they’ll look for someone who can help them out with those things—YOU.

If your boyfriend has no money and you’re paying for most of the bills, he’s using you.

4. He doesn’t help around the house

One of the signs your boyfriend is using you for a place to live is that he never helps out around the house.

He’s just using your place as his hotel.

He expects you to cook, clean, and do all sorts of other things so that his life is easier, but he doesn’t give anything back in return.

It’s not fair to make someone else do all the chores if you’re living with them, even if you are splitting bills.

So if you’re always cleaning up after him and he doesn’t budge despite your nagging, he’s using you for a place to live.

If a man is only using you for a place to live, he won’t be too concerned about finding a job.

After all, what’s the point of working hard when there are so many benefits to being unemployed?

If your boyfriend isn’t looking for a job, it could just be laziness on his part.

Many men would jump at the chance to get work and provide properly instead of taking advantage of someone who has a place for them to live.

6. He doesn’t care about your living situation

If your guy has no interest in how much the rent is and when rent is due, then that could indicate that he just sees you as a free room.

He might be willing to put up with the smell of cat pee in the bathroom or that your kitchen is just a hot pot on top of the stove, but he won’t do anything about it.

He’s using you for a place to stay without genuine concern for your well-being.

7. He does not attempt to find a place of his own

If your boyfriend has been living with you for several months or even years without ever attempting to get his place, he might be milking the free ride.

You worked out a temporary solution—accommodating him because he needed to find an apartment of his own.

But now that he’s made no effort to get one, that was probably his plan all along.

He may have never intended to move out, so he’s stayed in your house for a long time.

8. He doesn’t seem to like spending a lot of time at home

If a man is only using you for a place to live, he won’t want to spend too much quality time with you.

He will prefer nights out or having fun over staying in and watching a movie with you.

A boyfriend who truly loves you would be more than happy just sitting around the house together because there’s nothing better than simply being together.

If a man is only looking for somewhere else to stay, he probably doesn’t care about what happens outside that doorway either.

You could go clubbing every night; he doesn’t care, as long as you accommodate him.

On the other hand, a boyfriend who loves you will want to know what you’re up to, not in a controlling way, but in a caring way.

He wants to know what you are up to because he loves and cares about you.

10. He never wants to go out on a proper date or spend money 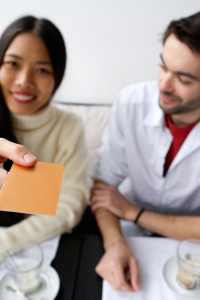 If a man is only using you for a place to live, he’ll try and find any excuse in the book not to pay for things.

Even if he’s broke at the moment, a boyfriend who truly loves you would always be willing to do anything for you when it comes down to it.

If this guy lives in your house rent-free yet is reluctant to take you out on proper dates sometimes, he’s a user.

11. He doesn’t seem like he wants more than just sex from you 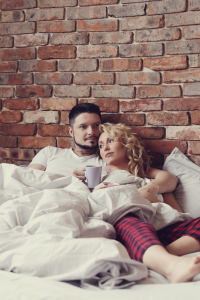 A guy who cares about you won’t take advantage of you sexually without wanting something serious afterward.

A serious boyfriend will want a monogamous relationship where you’re a couple in every way because he’ll be scared of losing someone who means a lot to him.

The worst part about this situation is that often, people don’t realize what’s going on until it’s too late and find themselves stuck living with someone who has no intention of moving out anytime soon.

If this sounds like your situation, it might be time to have an honest conversation about his intentions and how long he expects to stay at your house.

Don’t let someone use your home as their own personal hotel!

This is why I don’t encourage living together before marriage.

The cons are way more than the pros.