In the past, living together before marriage was seen as a social taboo.

Nowadays, it is becoming more common for couples to live together before marriage.

The reasons people choose to live together are varied.

Some do it for convenience, some because of financial reasons, and others want to test their relationship before making a commitment.

Because living together gives the couple an opportunity to learn more about each other.

For example, they can discover if they are getting along well with each other and if they have similar personalities.

If they find out that they do not share the same interests or views on certain things, they may decide not to get married.

No matter the reason, there are consequences of living together before marriage that we may not be aware of or that we may choose to ignore.

Cohabitation is more than just living together.

It is a lifestyle characterized by sexual intimacy outside the bonds of marriage.

This can include living with opposite-sex friends as well as someone you are romantically involved with.

Frequently, people who cohabit develop deep emotional attachments to one another and consider themselves married even though they have not exchanged vows.

Couples who live together often feel like they are already married and may see no reason to tie the knot.

After all, both partners have moved in with each other and come to depend on one another for emotional and financial support.

The result is an attitude of less commitment in their relationship because they do not feel the need to make their union official in the eyes of the law.

When you move in with someone, there’s less incentive to get hitched because you’re already enjoying many of the benefits of marriage such as splitting the rent or mortgage, having someone to share daily chores, and enjoying regular s*x.

So, some couples who live together may never get married at all because they might feel that there is no longer any need for them to formalize their relationship after living together for so long.

This may also lead them to become less committed to each other’s happiness and well-being.

2. Living together can create a false sense of security and intimacy between partners

Couples often begin to assume that they know everything there is about their partner when in fact, this may not be the case.

When people live together before marriage, sometimes one or both partners expect that once they are married that they will basically remain the same person; however, this is usually not the case.

Most people change at least a little bit as they go through life and these changes may not be apparent until after marriage.

Living together before marriage can cause problems in the future because it makes it harder to adjust to changes.

If a couple goes from living together and seeing each other on a regular basis to suddenly getting married and having one partner go off to work every day, there is really no way for the person who becomes the “single” spouse to become used to this new change.

In most cases, people who have been living with their partners often feel cheated when they are unable to continue doing so once they get married. 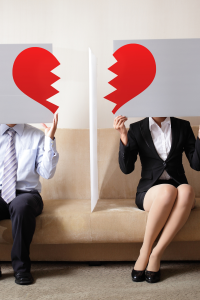 Although this may come as a surprise to some, the statistics don’t lie.

The relationship between cohabitating and divorce rates has been demonstrated by other studies as well.

However, this doesn’t mean every couple who cohabited before marriage will end up divorcing.

4. Increased risk of pregnancy and STDs for couples who live together without being married 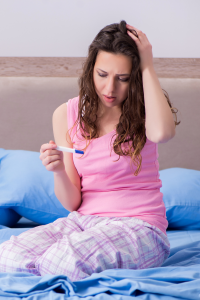 Although some couples feel their relationship is stable enough for them to have unprotected s*x , there are many consequences for doing so.

Couples who live together are more likely to get pregnant than those who do not.

The consequences of living together before marriage are especially worse if the couple isn’t using any protection.

This increased pregnancy risk is why many consider living together without being married to be a form of premarital s*x.

If the woman gets pregnant during this time, it may lead some to feel pressured into getting married.

5. Living together before marriage can lead to feelings of insecurity

One of the advantages that married couples have over those who are merely living together is that when things get tough, they are more likely to stick it out.

This is because their commitment to each other is so much greater.

This is not to say that couples who live together can’t be committed, but there is a certain sense of security in knowing that you have made a public commitment to your partner.

Living together before marriage can lead to feelings of insecurity.

For example, research shows that on average, women who live with their partners outside of marriage tend to be less content with the relationship than married women.

This can lead them to cheat or simply leave the relationship if they find someone else who makes them feel more secure and valued.

Also, living together before marriage can lead to feelings of insecurity if you feel like your partner might be on the fence about whether or not to move forward with the relationship.

This can cause you to feel insecure about your relationship and can lead to you feeling like you need to prove yourself.

6. It’s more difficult to break up 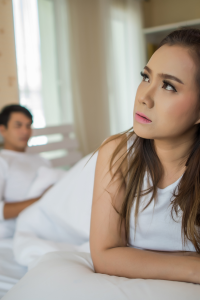 When you move in with your boyfriend, breaking up becomes a much more complicated process than it would be otherwise.

Not only must you split up belongings and divide expenses, but you also have to figure out who gets the house or apartment and who has to find somewhere else to live.

You’ll possibly find yourself in the uncomfortable position of seeing your ex every day until you find a new place.

If you’ve been pooling your finances, you’ll also need to separate your money again.

It’s much easier to end a relationship when you’re not still living with the person.

7. Reduced chances of a successful marriage

One of the biggest arguments for cohabiting before marriage is that couples who live together before getting married are more likely to have a successful marriage.

But the truth is, there are many things that can go wrong living together before marriage that can affect the chances of a successful marriage.

Moving in with someone before you get married means you are saying “yes” to sharing your life with that person, but there’s no guarantee that you’re ready for that type of commitment.

It’s important to note that one of the reasons cohabitation has become so popular is because people think it makes financial sense to share costs if they aren’t ready to get married, not necessarily because they’ve found the love of their lives and want to share their lives together forever.

Unfortunately, when people move in together for practical reasons and not because they’re truly committed, it can often cause serious problems down the road.

Couples who live together might find themselves having short-term relationships that last anywhere from six months to two years.

These types of temporary cohabiting relationships are often less stable than marriages because both partners feel like something better could come along at any time — so either partner could end up with someone else. 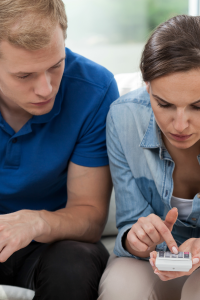 When couples live together before marriage, they often make financial decisions as a couple — and they can get into trouble when they break up.

For example, one or both partners may have accrued debt in his or her name but opened joint credit accounts during the relationship.

If unmarried partners decide to buy a home together, this can make matters even more complicated.

9. You might not get to know each other well

It might be difficult to tell if you are indeed compatible with your partner when you share a home.

Living together before marriage may cause you to overlook important issues that could later become problematic.

Living together before marriage may cause you to develop bad habits that could prevent you from becoming as successful as you would like.

If your partner does not pull his weight around the house, for example, this might lead you to pick up more than your fair share of the household chores.

While this is fine when you are living together, it may not be so acceptable once you are married and your husband is no longer helping out around the house.

This can lead to marital conflict and dissatisfaction with your partner’s behavior. 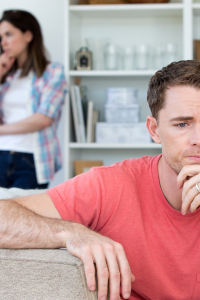 Couples who live together before marriage tend to have more unrealistic expectations when they enter into matrimony.

These couples may be less tolerant of each other’s faults, become more critical of their partner’s behavior
and may expect their marriage to be much happier than it actually turns out to be.

This expectation gap can cause them to be disappointed with their new life and lead them into making hasty decisions about the future of their marital union.

In conclusion, couples who decide to live together before getting married may want to consider the possible consequences of their choice.

Couples should weigh all of the pros and cons carefully before entering into this arrangement, especially if they have been dating for a short amount of time. 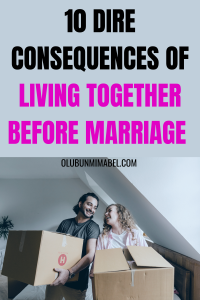