Once a guy loses interest can you get it back?

So your boyfriend is losing interest in you or your relationship, and you wonder if there’s anything you can do to regain his interest.

If that’s the case, you’ve come to the right place.

This article will give you some helpful things in getting your man interested in you again.

Once a Guy Loses Interest Can You Get It Back?

Yes, do the following:

1. Figure out why he lost interest

Why is often more important to understand than the actual loss of interest.

When you break up with someone, the “why” is the most important thing to know.

Consider why he lost interest in the first place.

Was it because he found someone else?

Did he lose interest in dating altogether?

Did you do something that made him feel like he could never trust you again?

Once you know why he lost interest, think about whether there’s anything you can do about it or whether it’s time for you to move on.

If it was something that you did (or didn’t do), maybe talk to him about it and see if there’s anything that you can do to fix the problem.

If the problem won’t go away or if his feelings will never change, then it may make more sense for you to move on instead of spending time trying to get someone back who doesn’t want you.

2. Do not become needy or desperate

Getting needy is a turn-off, and desperate implies that you do not have any other options.

You may think you can “win the guy over” by being overly nice, but chances are he will just be creeped out and run in the other direction.

This doesn’t mean you should give up on him completely, but try not to become needy or desperate.

If he senses that you’re starting to put pressure on him, he could feel claustrophobic and stuck in the relationship, which will make him pull away even more. 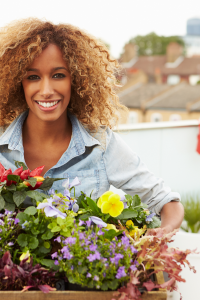 Do not talk about the relationship all the time or revolve your life around your man.

He probably loves being around you because you have an exciting life full of things to do, people to see, and places to go.

If he sees that your life is boring without him, he could lose interest even more because there’s nothing for him to miss when you’re apart.

So, keep your life interesting whether he is in it or not.

Let him realize the fun he’s missing by being away from you.

Men love women who are a challenge and have exciting lives outside of their relationships.

How To Be a Woman He is Afraid To Lose

20 Signs He’s in Love With You

How To Make Him Crazy About You

When a guy pulls away from the relationship, it might mean that he needs space from his partner.

To regain his interest, give him the space he needs by spending time with friends, family or pursuing a hobby while he does his thing.

This will make both of you miss each other and crave each other’s company again, especially if you truly loved each other.

Many women make the mistake of trying to convince a man that they are “the one” for him by showering him with gifts, affection, and attention.

Others try to manipulate or guilt him back into being interested by playing games and using tactics that don’t feel good to either person.

Both these approaches are just forms of manipulation.

The truth is, when a man loses interest in a woman, her best strategy is to play it cool and let him come back to her on his terms.

This may seem unfair – but it’s how most men work.

They want to be the ones who pursue you – not the other way around!

When you are proactive about this, you take away all of his power as a man and leave him feeling emasculated – which will only make him want you less.

By letting things unfold on their own, you allow him to miss you, take the initiative, and decide if he wants to be with you again.

There is no magic to regaining a guy’s interest if he has lost interest in you.

It could be tough keeping him interested in the first place, not to talk of trying to spark his interest again after he has lost it.

While the five points above might help make a guy interested in you again, some factors determine if they’ll be effective or not.

What determines if a guy will be interested in you again?

1. He’s still in love with you

This one is pretty obvious, but it’s also the most critical factor in getting him back.

Without love, there is nothing.

If he doesn’t love you or has never loved you, there won’t be any future for you together. 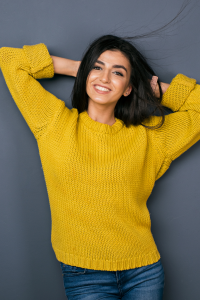 This may seem shallow, but your appearance can indeed play a role in whether or not a man will pursue you again.

If he finds you physically attractive, he will be more likely to be interested in you again.

3. The quality of your relationship with him 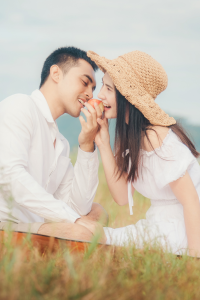 If you had a beautiful relationship with him, and he lost interest, he can remember the beautiful memories you guys shared.

This can help him take a trip down memory lane and make him want to continue creating more beautiful memories with you.

4. Someone else is not in the picture 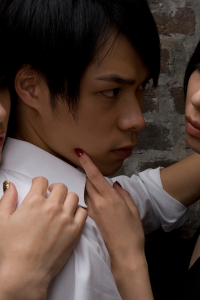 If the reason he lost interest in you is that he is in love with someone else, there may be little you can do to get his interest back.

But if he is not in love with someone else, and he has a solid friendship with you, then getting him interested might be possible.

If he’s not seeing anyone, he might miss being in a relationship, and his affection may still lie with you.

If you have followed the tips in this article and he still doesn’t show any interest in you, that might indicate moving on.

Focus on making your life exciting.

Before you know it, you’ll find someone who will be genuinely interested in you. 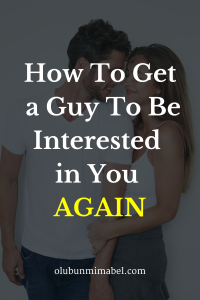 18 Obvious Signs He is Attracted To You at Work