Subtle signs she wants you back but is scared….

She’s scared of the pain you can cause her again.

She’s scared of the hurt that she could experience.

She’s scared of how much it will hurt her to get over you again.

She’s scared of how bad the breakup will be if it were ever to happen again.

She doesn’t want to go through a lot more heartbreak.

She doesn’t want to keep being crushed by someone who is supposed to be her person; her only person.

She doesn’t want to spend another second crying over you, missing you, and feeling like there is a massive hole in her chest because you aren’t there anymore.

She wants you back, but she also doesn’t want to get hurt again.

When it comes to relationships, we all want something that will last forever.

However, this can be a bit difficult at times.

Life changes and so do people.

As a result, some relationships end up on the rocks.

But that does not mean that you cannot get back together with your ex-girlfriend if she’s the one for you.

In fact, you might be surprised at how easy it could be if you know the right signs to look out for.

What are signs she wants you back but is scared?

signs she wants you back but is scared 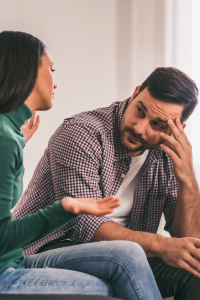 If a woman is trying to get over you, she will stop talking to you.

She won’t want to talk about the past or things that will remind her of good times.

But if a woman still has feelings for a guy but is too scared, hurt, or angry about whatever happened in the past, it may take some time for her to warm up again, but she will find excuses to talk to you.

If a woman doesn’t want anything to do with a guy anymore, she won’t care about his birthday or their anniversary.

But if she keeps remembering these dates and asking you how your day went even after months of break up, it could be a sign that she still cares about you.

3. She tries to make you jealous

This is one common way of knowing if a woman wants you back but is afraid to tell you.

So, if a woman is trying to make you jealous, that means she’s interested in your actions.

She might mention all the fun things she does with her new friends.

If she’s subtly making you jealous, it’s one of the signs she wants you back but is scared.

4. She keeps asking your family and/or friends about what’s going on with you

If everything was totally over between the two of you, then why would she care if your friends talk about it?

The answer is simple.

She still has feelings for you and wants to know what’s going on in your life.

She may be too scared to ask you in person, that is why she’ll ask your friends.

5. She gets jealous when other women are around 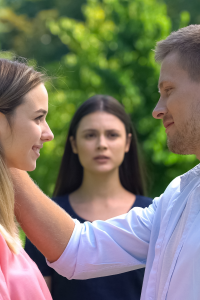 One of the signs she wants you back but is scared is she gets jealous when other women are around.

I mean that protectiveness and that possessiveness that you feel when you are in love with someone.

She doesn’t want anyone else but her to have your attention.

If she seems very protective of you and of your time together, it’s an undeniable sign that she wants you back, even though she’s scared.

6. She’ll check on your social media pages every now and then to see what’s going on with you 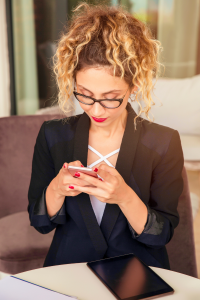 If she isn’t interested in getting back to you, she would have blocked you on her social media accounts.

It doesn’t mean I hate them.

7. She wants to know who you’re dating

If she asks if you’re dating anyone, then it means that she still cares about you and doesn’t want to see you with someone else.

The reason why she has asked this question is that she doesn’t want to see someone else with who she was once close to being happy with someone else.

The fact that she is asking this question means that there are signs she wants you back but is scared. 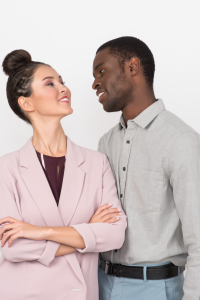 Even if you haven’t spoken in months and are no longer friends on Facebook or other social media, a woman who’s still interested in an ex-boyfriend will try to make eye contact with him whenever possible.

This gives her an opportunity to check him out at close range and see if he still has any feelings for her.

It also allows her to send signals that she might be open to getting back together with him again — if he makes the right moves at the right time.

9. She asks about your family and friends

If she’s asking about your friends and family, it’s probably because she misses going to family gatherings and hanging out with your group of friends.

Maybe she even misses the people in your life more than you!

10. She calls or texts you late at night 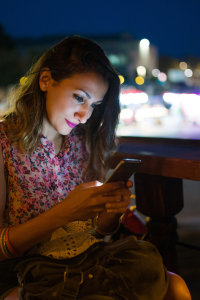 If she picks up the phone or sends a text at two in the morning, it might be because something reminded her of you, or maybe because she was having a dream about you.

Either way, this is definitely a sign that she misses you and wants to talk to you.

11. She wants to meet up with you (but keeps canceling)

She wants to see you but is scared to death.

She’ll keep canceling plans, or agreeing to meet up with you, flaking out on the day of your date, and then offering a weak excuse.

She might even start dating someone else, to make you think she’s moved on.

This means that she’s terrified about getting back together with you, but the idea of not being with you is more terrifying.

12. She brings up things from your past together (and hints at the possibility of making them happen again)

When a girl brings up memories from your past together, that’s usually a good sign.

It means that she’s missing you and also trying to find ways to start talking to you again.

A woman will also take this approach as a way of testing the waters and seeing if she gets a positive reaction from you.

13. She always looks amazing when she sees you 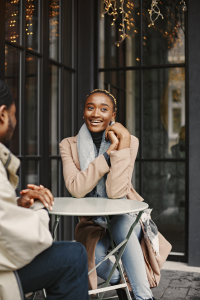 If she still wants you, she will always look her best when she sees you.

It’s not necessarily that she’s trying to impress you, but she still wants to look good for you.

You were a part of her life for a long time and now that you’re gone, she still wants to look awesome in front of you.

She knows that if you see her doing so well without you, it might make her more attractive or appealing to you.

14. Her friends are dropping hints

When a woman is into a guy, she wants her friends to know.

If she’s keeping you away from them, it’s a clear sign that she’s not interested in getting back together.

However, if her friends seem to be telling you that she’s into you, it could mean she’s interested in getting back together but is too scared to let you know.

15. She always finds ways to touch or hug you 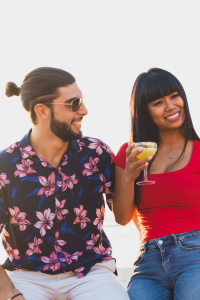 If the two of you are constantly holding hands or hugging each other on a regular basis, then it’s likely a sign that your former flame still wants to be with you.

She might touch your arm or leg when she laughs or leans in close to hear what you’re saying.

Even though she claims that the relationship is over, this doesn’t mean that her feelings have changed towards you.

If you notice that she makes physical contact with you more often than usual or constantly, then these could be signs that there’s still a spark between the two of you and maybe even a chance of getting back together.

16. She’s been talking about you a lot 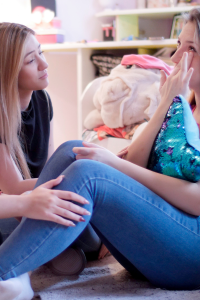 Has your mutual friend been telling you that your ex keeps bringing up your relationship?

If so, she might be trying to figure out why things ended and where things went wrong.

Or she might just still have feelings for you and enjoy talking about the fun times the two of you had together.

This is a sign that she hasn’t completely moved on from the relationship yet, and that there may still be hope for the two of you in the future.

This is the one that seems contradictory at first.

If she wants to get back together, she will be in touch.

She’ll call, text, or message you on social media.

But she’ll also want to make sure that you’re really into her and not just looking for some fun.

To do this, she’ll play hard to get and pretend like she’s not interested when she really is.

This way, she can see how much you care about her and if it’s worth getting back together again.

Women don’t usually want to be obvious about their feelings, especially they have been hurt and scared.

So, they’re not going to come out and tell you that they want you back.

Instead, they’re going to drop hints.

If you’re smart enough, you’ll be able to pick up on them.

So, watch out for these signs she wants you back but is scared.

If you want her back, you have to assure her of your love and undivided loyalty.

Let her believe you she will not be hurt again and never have the reason to be scared of you or of love. 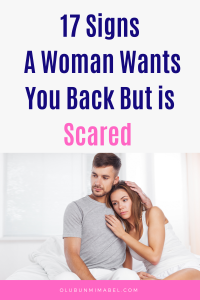