”Should I be worried if my boyfriend has too many female friends?”

Do you have a boyfriend with a lot of female friends?

If so, you’re probably wondering what that means for your relationship.

Is he cheating on you?

Or is he just really friendly with women?

In this post, we’ll help you decode the meaning behind your boyfriend’s many female friends and give you some tips for dealing with the situation.

Here are three things to consider if you’re feeling jealous about your man’s female friendships:

1) His friends could just be platonic pals.

Just because they’re women doesn’t mean they’re automatically trying to steal your man away from you.

2) He could be using his female friends as a support system.

When guys have problems, they often talk to their buddies instead of their girlfriends/wives.

He may be doing the same thing with his female friends.

3) His friendships with women might make you uncomfortable because you’re not very close with his other female friendships.

When a man and woman spend a lot of time together (especially if it’s platonic), one or both people often develop romantic feelings for each other.

If this has happened to your partner, he might be too ashamed to tell you about it, which is why his friendship with this woman makes you jealous.

What Do You Do When Your Partner Has a Lot of Female Friends and You’re Not Sure If You Should Be Worried or Not?

If you don’t have a good amount of trust in your partner already, none of these tips will work.

You’ll likely be constantly worried about his relationship with these friends and it could ultimately cause problems for the two of you because you won’t feel at ease when he’s around them.

So, give your boyfriend the benefit of the doubt.

2. Talk to him about why he has so many female friends 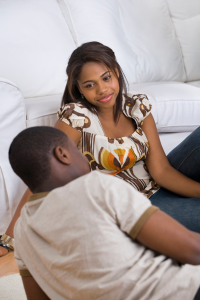 The second thing to do is listen to what your boyfriend has to say.

Why does he spend a lot of time talking to these women?

Does he go out drinking with them every weekend or does he see them during the week when they’re both home from work?

Ask him why he spends so much time with this specific group instead of asking him if anything is going on between him and any random woman in his life.

It’s important that you talk to your boyfriend if you’re insecure about these friendships.

Your boyfriend might have no idea that his friends are making you uncomfortable because he probably thinks everything between them is fine.

So let him know how you feel!

No relationship can last without good communication.

You both should express yourself freely and talk about how you feel rather than keeping things bottled up inside of you.

3. Find out what his intentions are with these women

A big part of a healthy relationship is understanding your partner’s intentions.

Ask him questions like “Why do you spend so much time with these women?” and “Do you see yourself going out with this person outside of hanging out at a bar or club?”

There are a few reasons why a guy might have so many female friends, including:

– He might just want to take it very slow in his relationships because he doesn’t want to get hurt again.

– It could be that he feels more comfortable talking about things with females instead of males.

Guys can sometimes feel embarrassed when they talk about their feelings, which is why they turn to women 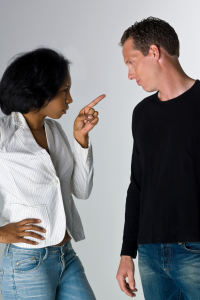 As mentioned above, it’s common for men to turn to platonic female friends when they have problems.

Sometimes these women can help them feel better or work through issues more efficiently than their romantic partners can because women tend to be more nurturing than men.

It doesn’t mean he would rather be with her than you, just that she’s someone that he trusts and can open up to when things get tough.

If you still feel like something is wrong even after discussing the situation with your partner and giving him the benefit of the doubt, ask him to spend less time with these women.

There are only so many hours in the day, after all!

You don’t want to take away time from his friends or family for no reason, but you also don’t want to feel insecure when he’s around them.

5. Set some boundaries for how much contact he can have with them

You can also tell your partner to have less contact with these women.

If he’s going out every weekend and spending a lot of time with them, you could ask him to stop going out as much or talk to him about spending this time on more productive activities.

For example, if he hangs out with his friends from work more often instead – this will give you more peace of mind knowing that he isn’t spending too much time with these women outside of bars and clubs.

There are plenty of ways that you can keep yourself from worrying about your boyfriend having too many female friends without it ruining your relationship.

Speaking honestly and openly with him is the best way to make sure everyone feels comfortable in the relationship.

6. Trust your gut feeling – if something doesn’t feel right, then there’s probably a good reason for it

If you have a feeling that he’s being dishonest or trying to hide something from you, don’t let it slide.

You might even want to consider the fact that he could be hiding other things from you because nothing is ever as cut and dry as it seems.

If your gut is telling you there’s a problem, then there probably is!

There are plenty of relationships where this isn’t an issue, but if it’s really starting to bother you then speak up!

7. Remember that not every woman in his life is going to ruin your relationship

There might be some women out their who just want a good time and they enjoy hanging around men like your boyfriend because they’re fun.

But there isn’t necessarily anything sinister about these kinds of friendships.

As long as your boyfriend isn’t spending the majority of his time with these women, you probably don’t have anything to worry about!

Things are easiest when communication is open and honest on both sides of a relationship.

If you feel more comfortable asking him what he’s doing or where he’ll be going, then why not?

Even if it feels a bit nosy at first, ask away!

It will make you a lot less worried once you get an explanation that makes sense to you.

There are plenty of reasons why a man might have more female friends than male ones.

But there aren’t any good reasons for keeping secrets from your girlfriend unless they’re very serious issues that require lots of trust from her side.

Can opposite-sex friendships ever be platonic, without any romantic feelings involved?

These friendships just don’t have a lot of physical contact and aren’t based on romantic feelings.

Although it can be hard for some people to understand why a guy would prefer a female confidant over his significant other, this doesn’t mean there’s necessarily anything going on romantically between the friends in question.

Taking an interest in someone who isn’t your partner is always healthy; even if you believe that you can only love one person at once.

After all, they might not know everything about the person they’re talking to (especially when you make your partner keep things secret!) but they could still learn something new through their conversation.

If these platonic relationships are causing problems in your relationship with your boyfriend, then it might be a good idea to sit down and talk about them with him.

Even if you feel like he’s never going to stop having platonic female friends, there are ways that you could work out compromises.

For example, perhaps the two of you make an agreement where he only spends time with these women during certain hours or on specific days.

This way, both parties will get the freedom they deserve without causing too many issues between them. 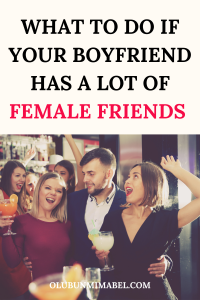