It’s hard to believe that your ex is finally over you.

They’ve given up, accepted the break-up, and moved on with their life.

But how can you be sure?

Signs that your ex is pretending to be over you might be sneaky and difficult to detect.

You may think they’re getting better and happy with being over you until something happens that proves otherwise.

To help you figure out if your ex is sincere about being over you, we’ve compiled 17 signs your ex is pretending to be over you.

17 Signs Your Ex Is Pretending To Be Over You

1. They’ve Been Dating Other People Right away 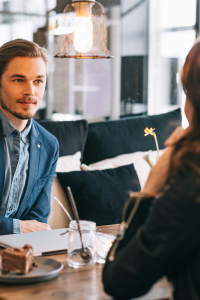 If your ex jumped into a new relationship right after the break-up, likely, they’re not over you.

It can be difficult to move on from a past relationship and start fresh with someone new.

Your ex is probably still hung up on you if they can’t stay away from dating altogether.

2. They’re Contacting You For No Reason

If your ex is contacting you out of the blue, then it’s a good sign that they haven’t moved on.

They may not be able to get over you and could be looking for an excuse to contact you again.

While this doesn’t necessarily mean they want back together, it means they miss you.

3. Their Social Media Posts Are All About Being Happy 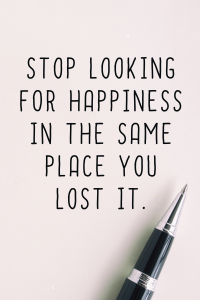 If your ex is plastering their social media with posts about how happy they.

It’s likely a facade to make you believe they’re doing well without you.

They may even be trying to get back at you by making it seem like they don’t care about the break-up.

4. Their Behavior Is Uncharacteristic

If your ex is usually very emotional and expressive, but have been acting quite detached lately, this could be another sign that they are pretending to be over you.

Pretending to move on can be difficult and might result in them suppressing their feelings which will show up in their behavior.

5. They Might Show Up At Places You Frequent In Attempts To Catch Your Attention

If your ex suddenly seems lost without their phone or keys all the time when going somewhere familiar with you, then it might just signify something else entirely.

They could be trying to catch a glimpse of you or even worse, talk to you because they are not over you.

6. They’re Hanging Out More Often With Other People Than They Used To 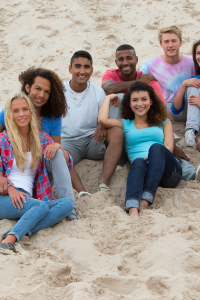 If your ex is suddenly hanging out with friends more often, it could be a sign that they’re trying to distract themselves from thinking about you.

It can also be an attempt to make you jealous so you’ll want them back.

7. They Are Constantly Posting Pictures of Themselves With Other People on Social Media

When your ex is constantly posting pictures of themselves with other people, it can be an attempt to make you jealous and want them back.

They might also be trying to make you believe that they have moved on and are doing better without you.

8. They Always Talking About How Happy and Fulfilled They Feel Now That Things are Over With You

If your ex is always talking about how happy and fulfilled they feel now that things are over with you, it’s a definite sign that they’re pretending.

They may be trying to convince themselves as well as everyone else around them of their happiness without you so much so that eventually, they’ll start believing in what they’re saying.

9. They Are Still Angry With You

If your ex is still angry with you, likely, they are not over you.

Anger can be a sign of frustration and unresolved feelings.

They may still have resentment towards you for the break-up which will prevent them from moving on.

10. They Flirt With You When They Have The Opportunity

If your ex is flirting with you, they may be still attached to the idea of being together.

They may be trying to get back at you by making it seem like they don’t care about the break-up and could even use this as an opportunity for revenge.

11. They Have Been Making Excuses for Not Being Ready to Move On

If your ex has been making excuses for not being ready to move on, this could be a sign that they’re still attached to you and haven’t moved on.

They may not want to admit that they are still in love with you and will use any excuse, no matter how trivial or unimportant it might be.

This could mean they’re avoiding the fact that they aren’t over losing your relationship by making up excuses as to why moving on isn’t easy for them.

12. Avoiding and Ignoring You

If your ex is ignoring you or avoiding talking to you, it could be a sign that they are pretending.

They might not want to deal with the fact that they aren’t ready to move on but don’t dare to admit this either.

Pretending means attempting an action without actually being able to accomplish something.

If your ex is pretending to be over you, they will not be successful in getting over you.

The best way to get over someone is to admit that the relationship is done and gone.

13. Seems Pleased to See You 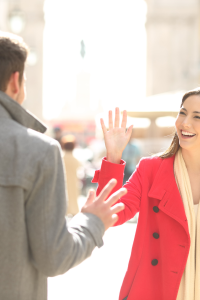 If your ex seems pleased to see you, it could be a sign that they are pretending.

They might act like everything is okay and pretend to be happy around you when really, they’re not.

This could mean that they’re still hoping for things to work out between the two of you.

14. They Try To Make You Feel Guilty About the Break-up

If your ex tries to make you feel guilty about the break-up, it could be a sign that they’re pretending.

They might try and convince themselves as much as you that everything is okay but feel resentful towards you for breaking up with them in the first place.

They may even blame you entirely for their unhappiness when the break-up stemmed from both of your issues.

15. They Try Hard to Make You Notice Them

If your ex tries hard to make you notice them, it could be a sign that they are pretending.

They may try and use their charm or good looks to get your attention but will not admit this fact themselves.

This is also an attempt at getting back together with you by trying everything possible under the sun to get your attention.

16. They Try To Remind You Of Their Presence When They See You Dating Someone Else

If your ex tries to remind you of their presence when they see you dating someone else, it could be a sign that they are pretending.

They might go out of their way to ensure that they get in your path and even ask all sorts of questions about the new person to keep themselves on the radar with you.

This could be a sign that they’re still hoping to get back together with you since it has been so long.

17. They Are Still Attached To You In One Way Or Another

If your ex is attached to you in any way, even if it’s just through social media or text messages, this could be a sign that they are pretending.

They might still be trying to hold onto any connection they have with you to pretend that things are okay.

This could mean that they are not ready to let go of the relationship and move on completely. 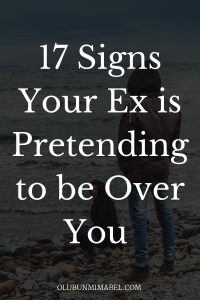 Why Would Your Ex Pretend to Be Over You?

Pretending to be over someone is a way for an ex to deal with the pain of the break-up.

It can be difficult for them to face the fact that the relationship is over and done with.

Pretending also gives them a sense of control over the situation.

If they can pretend to be okay, then it means that they are still in charge and have some sort of power over you.

Lastly, pretending can also be a way for your ex to avoid any type of confrontation or difficult conversations about the break-up.

They might not be ready to talk about their feelings or what went wrong in the relationship.

If you’re seeing any of these signs in your ex, it’s a clear indication that they are not over you yet.

If they can’t face the reality of the break-up and are pretending instead, then it’s best to move on completely.

Otherwise, they will keep dragging you along in a toxic relationship where nothing can move forward.

You deserve to be with someone who is actually over the past and ready for a fresh start.

You shouldn’t have to deal with an ex who pretends rather than facing their reality head-on.

Don’t let them hurt you anymore by continuing to pretend. 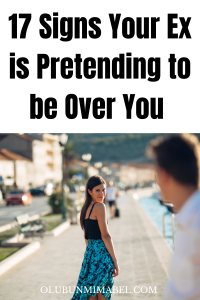