We all know that flirting is a key part of any relationship, but sometimes it can be hard to know how to flirt with a guy.

Flirting with someone can be a nice way to communicate your interest in them without coming on too strong or stepping across any lines.

Practicing flirting can even help improve your dating life.

Luckily, there are some simple tips that can help you out.

By following these guidelines, you’ll be able to make the most of your flirting skills and take your relationship to the next level.

How To Flirt With a Guy Over Text 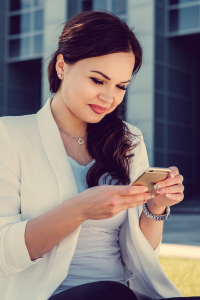 It’s 100 times easier to flirt with someone via text than in person because there’s no awkwardness, no risk of making a total fool of yourself in public.

Texting is considered a low-stakes medium for flirtation.

When someone texts you, there’s no face-to-face or voiceover to set the tone of the conversation.

Yet that makes it all the more important to be careful not to come across as creepy.

It’s easy to do with a little forethought and preparation.

Here are some tips on how to flirt with a guy over text without being awkward:

1. Stock up on confidence

Confidence is the key to being able to put yourself out there without coming off as needy, desperate, or overtly sexual.

Be assertive in your text messages and confident in your responses.

If he asks you a question, answer it honestly — or better yet, ask another question.

For example, you can ask, ”What are some good things about ____? I always thought they were bad!”

This shows that you’re confident enough in yourself that you don’t need his approval.

Flirting with a guy could be a difficult thing to do because it requires flirting while being yourself.

You’ve got to be confident in your own self-worth, and if you can’t do that, it’ll be very difficult to flirt with men in any sort of meaningful way.

No need to fill up 140 characters with huge blocks of text, which can make your texts hard to read and difficult to process.

Keep your texts short and sweet (within reason), but also make them conversational so he can feel like he’s having a real conversation with you.

3. Wait until he responds to your texts

Sending him a text message right away after an unreplied message may make him feel pressured, which will make him less likely to respond.

Don’t be afraid to wait a few days before sending him another message if he doesn’t reply right away.

4. Resist the urge to be ultra-forward about your intentions

This could make you seem like a stalker, or worse, an outright creep, who just wants to talk to anyone who will listen.

5. Use emoticons when possible 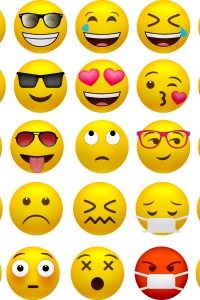 Emoticons are an excellent way of adding some fun and expressiveness into your texts.

If used properly, they can also help make sure that your meaning is clear so that you don’t end up sending confusing messages.

Prepare yourself to have a natural and easy conversation by thinking about what you might say if this were in person.

What do you say if he walks up and asks you a question?

If he asks how your day is going, you should have something ready like “Great! How about you?”

Just be natural and make it fun.

7. Show off your personality

It’s important to be yourself when you’re flirting, so don’t try to be someone else.

You want someone who likes what they see when they look at you, and you can’t fake that kind of connection.

Don’t send dirty jokes or anything that could be construed as “too much.”

It’s okay to be funny and make light of a situation, but make it clear you’re just doing it for fun.

Be friendly, but not too friendly.

Remember that your goal is to get him to think of you as someone he’d like to date, so keep the conversation light and fun but not too flirtatious or suggestive.

9. Ask him questions about himself but don’t ask too many questions at once

This might intimidate some guys especially if they don’t know you well yet.

Make sure the questions are well thought out and relevant to who he is and what he likes.

Your text messages should be more like a conversation than a sales pitch.

Entertain him with a witty comeback to his texts.

Make him laugh, and he’ll be more likely to open up and share personal details with you.

How To Flirt With a Guy in Person 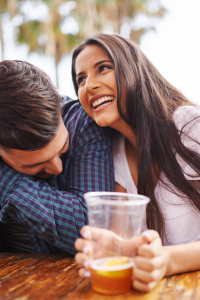 Flirting has more to do with body language and playful banter than it does with being able to say the perfect thing.

Flirting is more of an art than a science, and moths are attracted to flames — not bright, blinking neon lights.

So, the golden rule is to be subtle.

If you want to know how to flirt with a guy in person, this is your guide. 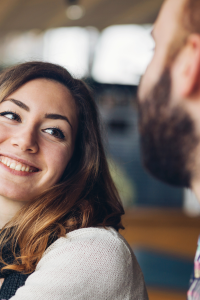 Eye contact is the best and easiest thing you can do to start flirting.

You can look deeply into the person’s eyes while also taking the time to break eye contact to keep things from getting too intense.

Keep doing it until he catches you.

Hold the gaze for a second, smile, and look away.

If you’re talking with him and looking everywhere but at him, he won’t feel like you’re present or that interested in what he has to say.

Look him in the eyes while he’s talking, smile a lot (smiling is flirting!), use hand gestures when appropriate (but don’t get too wild).

A smile can be an automatic reaction from flirting, or it can be a calculated move to show your flirty side.

Either way, it’s a great way to flirt without using words.

A smile is a clear signal that you’re approachable and interested.

A great smile will also show off your pearly whites and make you seem more attractive.

As they say, “the eyes are the window to the soul.”

Flirt with the guy by paying attention to him.

Guys like it when girls take an interest in them by asking them questions about themselves and then listening carefully and attentively.

For example, ask him about his hobbies or what he likes to do with his friends on the weekends.

Then follow up with another question so he has something else to talk about.

This is the most important thing when it comes to flirting with guys: don’t be mean!

Guys love girls who are nice and kind, so start by just being friendly and smiling at him.

If he looks away or does something else, though, don’t worry about it too much — he might just not be into you.

You can also try saying ‘hi’ if you’re both in line for something or sitting next to each other.

Just don’t bug him too much or do it at the wrong time.

Guys like girls who have confidence and aren’t afraid to show people how they feel.

Confidence can mean different things for different people, but typically it shows up through body language, the way you talk, and even what you say.

These are sure ways to get him to feel uncomfortable and back off.

The purpose of flirting is to let someone know you’re interested in them while having fun doing it.

If you’re not having fun, you’re probably doing it wrong!

7. Give him a compliment 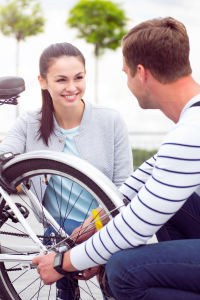 Compliments show that you think someone is attractive or interesting, and they can be a great way to start flirting.

However, there are some things to keep in mind when giving compliments:

Stick with compliments about his personality or appearance as opposed to ones about his intelligence or career achievements.

You don’t want him to think that you’re only interested in him for his mind or money.

Nobody likes insincere flattery, so be sure that the compliments you give are real and from the heart.

You can tell if a compliment is fake by looking at the other person’s reaction; if they get angry or defensive, it was probably not genuine.

Don’t go overboard on the compliments or he might start thinking of you like a little sister instead of a potential date.

A couple of compliments should be enough to make him smile and look forward to talking to you again soon.

So, a genuine compliment is one of the easiest ways to flirt.

When he tells a joke or makes an observation, tell him what you like about his sense of humor or his way of looking at the world.

This way, not only will he know you’re interested, but he might also get a glimpse of how well-matched you are.

8. Lean in closer to him when you’re talking

Lean in closer to him when you’re talking.

If you need to talk quietly, get closer to him so no one else can hear what you’re saying.

You don’t need to get too close, but getting a little closer is okay if you need privacy for your conversation.

Touch his arm or shoulder when you’re laughing at his jokes or making your own points in conversation.

However, don’t try this move too soon; if he doesn’t immediately reciprocate your touch, don’t touch him again.

9. Playfully tease him about something he said or did

If you find yourself around a guy who is funny, playful or even a little bit of a show-off, then don’t be afraid to poke fun at his expense.

This will make the guy feel more comfortable around you and give you both something to laugh about together.

The key here is being playful and not being mean-spirited.

For example, if he says, “I’m feeling a bit cold.”

But rather poke fun at him and say, “I bet you can’t survive without your mommy making your hot chocolate every morning so she can kiss your forehead!”

Of course, this doesn’t mean that you should always be sarcastic and rude when talking to guys because some guys really do get offended easily but teasing a guy is an effective way to flirt with him.

If you want to make the most of your flirting, you need to know how to read a guy.

This will help you adapt your flirting style so that it’s more effective and appealing to him.

Flirting is one of those things that can be difficult to master, but once you get the hang of it, it can be a whole lot of fun.

If you want to flirt with a guy in person, you will have to find the right balance between showing him how attracted you are and making him feel needed.

If you want to learn how to flirt with a guy in person and over text, just follow the above steps. 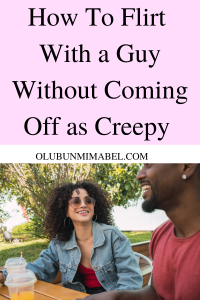