But it’s so not. Really.

It’s used to explain a situation whereby a lady is obsessed with a man’s joystick because the s*x is so good, and this makes her lose her sense of reasoning.

In short, she takes unusual decisions or behaves irrationally under the influence of the joystick or she starts catching feelings for a man while in an actual sense, it’s for the joystick.

How do you know if you are dickmatized?

Below are 20 signs that you’ve become dickmatized:

#1 You know he’s not good for you but you can’t leave him because he’s great between the sheets.

#2 He constantly treats you lesser than you deserve, yet you can’t leave him because of the joystick.

#3 You keep compromising your values because of the joystick.

#4 Friends and family warn you about him but you just can’t leave him because of the joystick. You even fight with them or cut ties with them.
“They don’t understand,” you keep saying.

#5 He influences you to make terrible choices and you can’t say no because the joystick is so good.

#6 You leave important things like work, projects, and even friends and family whenever he calls.

#7 You can’t concentrate on tasks because you keep thinking of the joystick – the times you’ve had it and the next time you will.

#8 You know the relationship has no future but you can’t quit because the joystick is so good.

#9 You keep going back to him even after you’ve called it quits.

#10 You give him anything he asks for because of the joystick. You’re the one financing him and the relationship.

#11 You are so possessive of the joystick. You can’t imagine another lady near it. 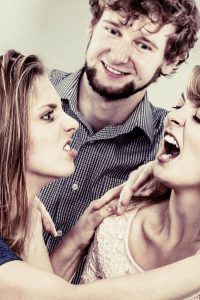 #12 You can’t tell if you’re in love with him or it’s just about the joystick.

#13 Even though you’re in a new relationship, you keep going back to him for the joystick.

#14 No matter what he does to you, as long as you get the joystick, you forgive him. You minimize whatever he does, no matter how bad.

#15 You can go out at any time for the joystick.

#16 You can do the do anywhere. No place is off-limits to get the joystick.

#17 You can never turn him down. The joystick is so irresistible.

#18 Even when he cheats on you, you blame the girls and not him.

#19 He doesn’t add value to you in any way except giving you the good joystick.

#20 You keep convincing yourself that he could turn out to be your dream man.

Sistah, if you’re experiencing some or all of these, then you’re surely dickmatized.

This isn’t a good thing at all.

Taking decisions that could spell doom for your life, future, and relationships all because of a good joystick is not an enviable thing.

What’s the way out?

1. Admit that you have a problem.

If you don’t see being dickmatized as a problem, then you won’t seek a solution.
Accepting that you have a problem is the first step to getting a solution.

2. Give yourself a pep talk.

One of the gifts we have as humans is logic.

We are not animals or monsters who can’t control their emotions and actions.

We can reason and make decisions.

Talk to yourself. You deserve better. You can’t afford to lay down your life and future on the altar of a good D.

Keep talking to yourself until you get it. Engage your brain until your emotions get the message.

3. Quit the relationship for good.

Cutting ties with a joystick that has been taking you to cloud nine isn’t going to be a walk in the park.

But you’ve got to do it. No one will do it for you.
Call it quits and mean it.

Don’t forget, you have the power to make reasonable decisions.

Delete and block his contacts.

Delete his phone number, block him on social media, in fact, relocate from the familiar environment.

A good support system can help us through challenging moments of life, and being dickmatized is a challenge.

Your friends could help you by talking some sense into you until you get it. You can also be accountable to your friends or family. You can ask them to keep an eye on you to make sure you don’t go back to him. 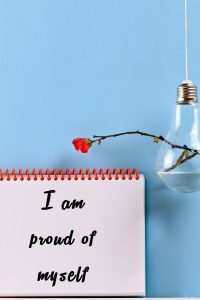 Set a reward system for yourself whenever you achieve a goal to help you cut all ties from the guy with the magical D.

This is called positive reinforcement, and it works.

Who doesn’t love a pat in the back for good behaviour?

It could be buying that bag or pair of shoes that you’ve always wanted. 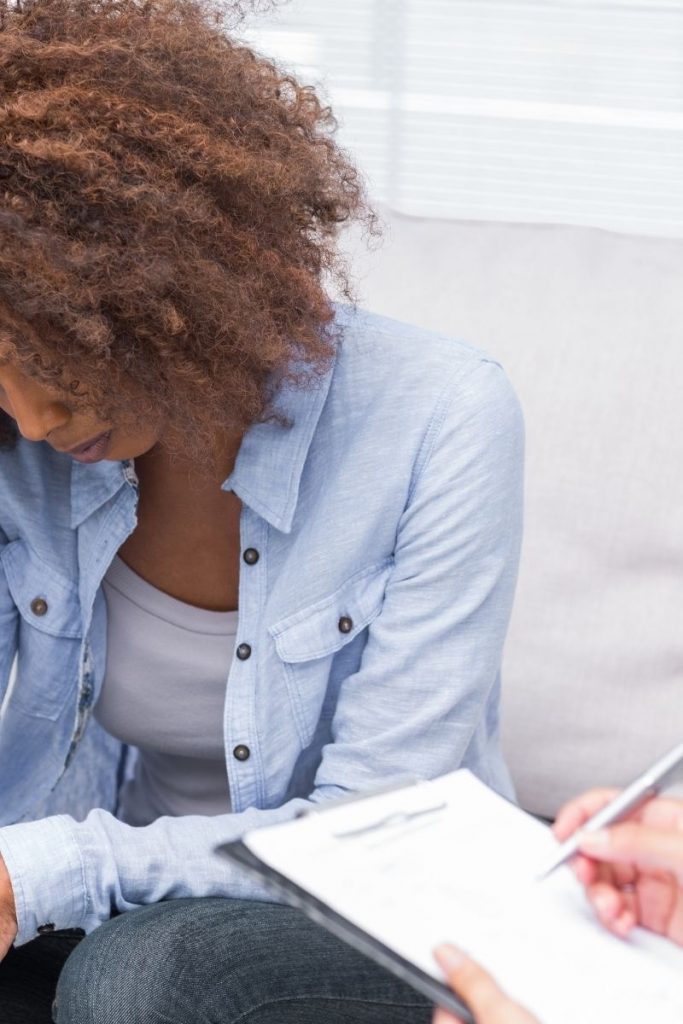 If you’ve done all you could and you’re still stuck, maybe it’s time to go for therapy.

Prayer works for anything because God cares about every aspect of your life, including being dickmatized! 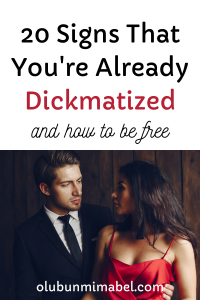 I was dickmatized. Every time I told myself it’s over, I kept changing my mind, apologized to him even I am not at fault and did crazy things and beg just to win him back. That goes for months. Last night, for one last time I stoop low but got nothing. Then I was surprised I woke up at 3:00 am this morning and told myself enough is enough. Idk where I got the courage and determination to end this BS once and for all. I texted him and gave him a not so good ending. Yes, I burned the bridge. That’s the time I realized how fed up I was for the whole situation. The pain is real but I am expecting it would be like that. I broke the spell of dickmatization. Though it hurts like sh*t but I will deal with it one day at a time. I will never devalued myself again just for this person’s d*ck.

Wow! Awesome! That was courageous of you! I'm sure you'll be fine.

I was dating a guy that had a very sizable dick. He boasts about . I discovered he was a “ universal donor”. He had no type. Everything goes. It would have been very easy to get dickmatized by him. But I loved myself more than I was ready to allow him mess me up. The day I told him it was over, the look of shock on his miserable face gave me immense satisfaction.

Wow! So proud of you! Self-love is everything.

Am I being dickamized? I really enjoy his oral sex both for me and him. Look forward to my phone ringing to come over. Think about it 75% of the time and how I can please him with oral sex. I get very excited when he's on his way.

Wow. If that's what you think about 75% of the time, I'm afraid you might be dickmatized.