Something about you has made your coworker very, very nervous.

You can tell because they’re always trying to one-up or beat you in the office politics game.

They might even be sabotaging your work behind the scenes—but it’s hard to know since they’re so darn passive-aggressive about it.

Whatever the case may be, read on for some signs that your presence at work threatens your colleague:

15 Signs Your Coworker is Threatened by You

15. You Have More Experience Than Them in The Field

If you’re a new employee with more experience, your coworkers might be threatened by you.

They may not know what to make of your presence, especially if they’ve been in the same role for a long time and are accustomed to having things done a certain way.

It can be hard for them to adjust if they’ve never had to work with someone who knows more than them in their field.

It’s important that you communicate with them about how you plan to work together so that everyone feels like they’re being supported and recognized for their input.

14. They Try To Impress You With Their Credentials And Experience 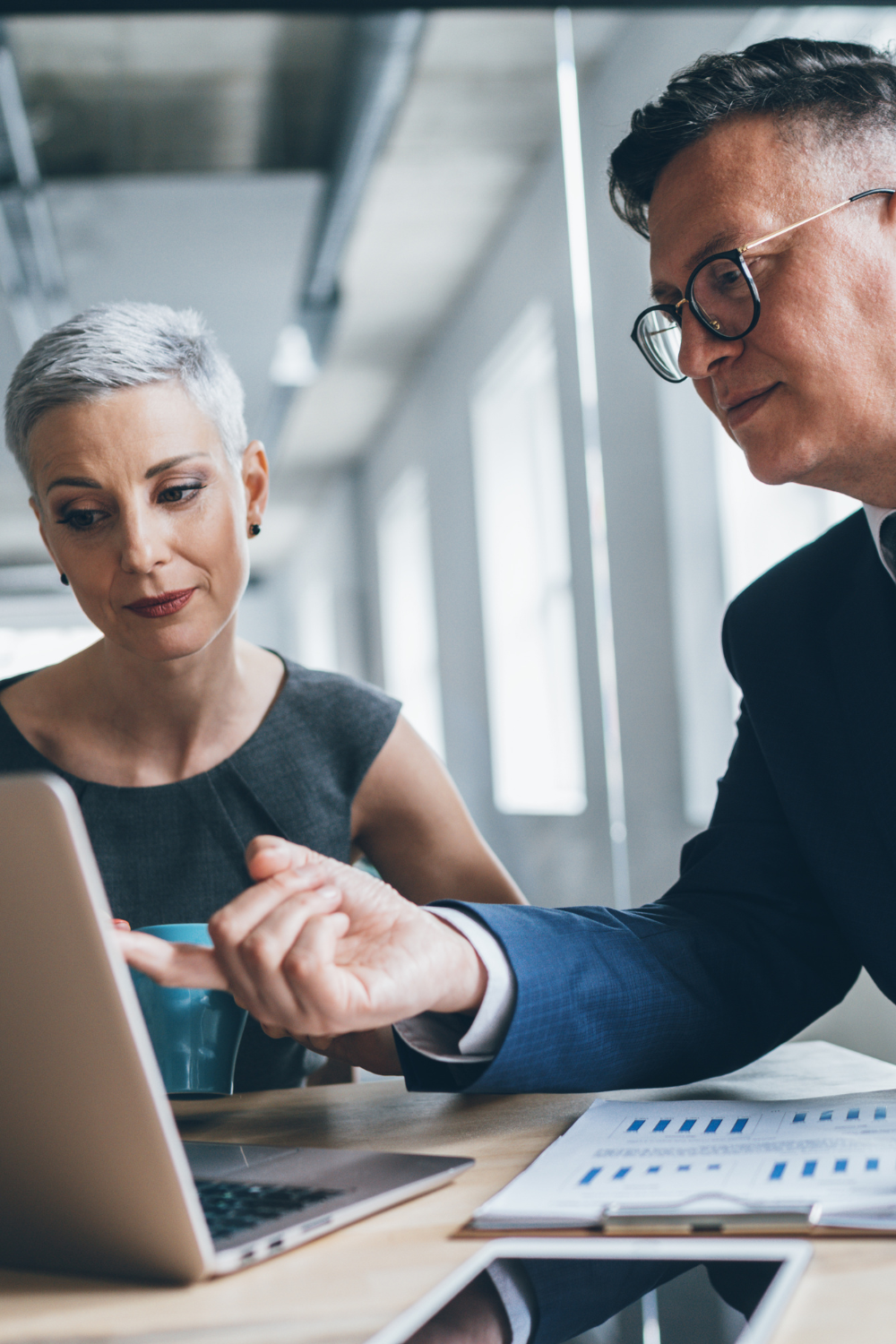 If your coworker is trying to impress you by emphasizing their credentials and experience, it’s a sign that they’re threatened by you.

They may be trying to make themselves seem more important, more experienced, or more qualified than they are to cover up the fact that they feel threatened by what you bring to the table.

What can you do?

Try making them feel as though they don’t have anything to prove.

If they’re constantly talking about their past accomplishments and experiences, try asking them questions about what they love doing now or what they’re looking forward to in their future.

13. They’re quick to criticize your work 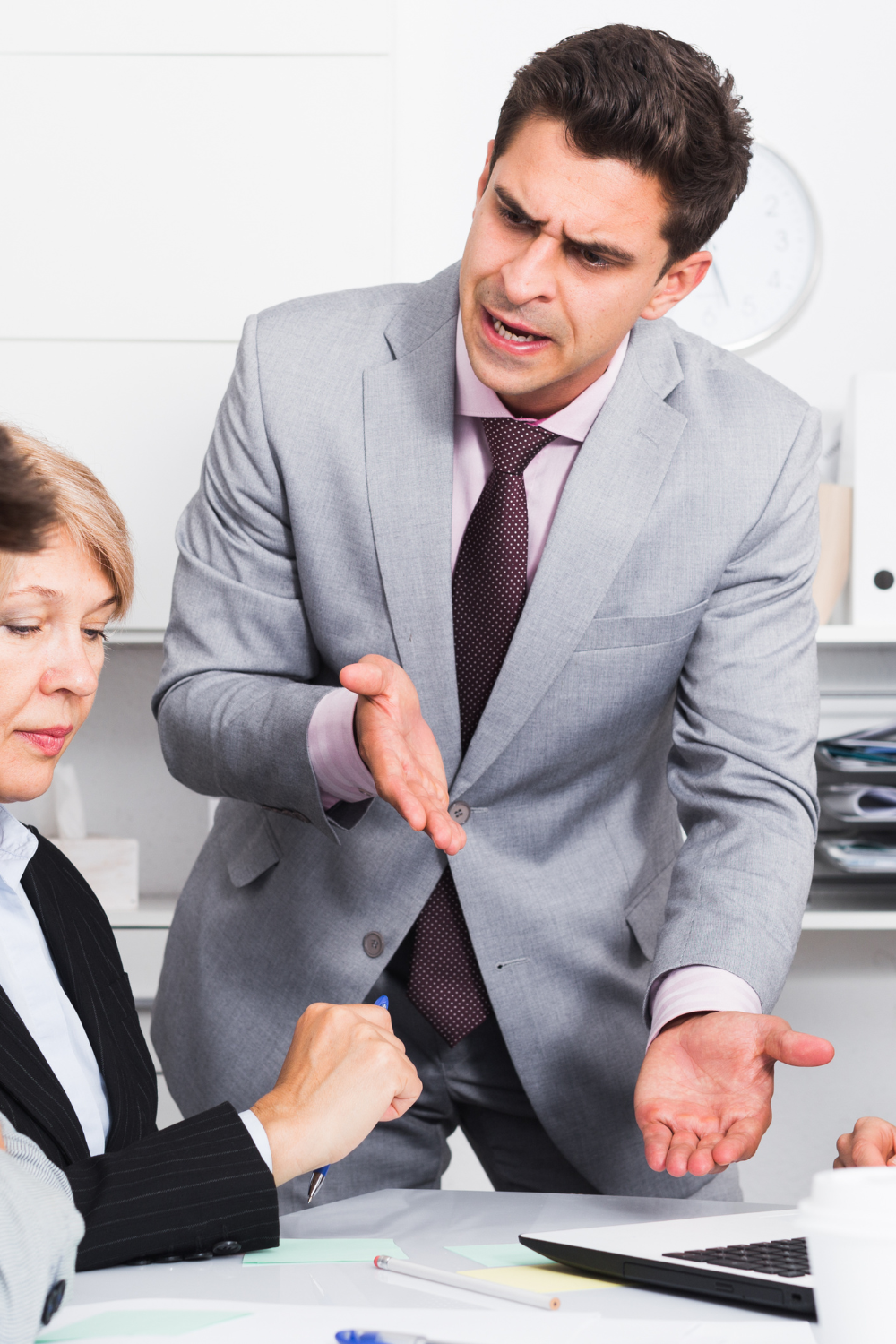 If your coworker is threatened by you, they’ll be quick to criticize your work.

They may do this in front of others or behind your back.

The criticism may be direct and to the point, or it could be indirect and passive-aggressive.

Either way, the intention is always the same: to make you feel bad about yourself so that they can feel better about themselves (by comparison).

When dealing with these kinds of people, it’s important not to take their criticisms personally.

Because it’s not about you; it’s because they feel intimidated by you.

And that is not on you.

They might be making good points with their criticism; however, if it’s destructive (aimed at making you feel incapable) and not constructive (to make you improve), then you shouldn’t take them seriously.

12. They won’t give you any credit

If your coworker is threatened by you, they will not give you any credit.

They may not even acknowledge your contributions, ideas, or accomplishments.

This is because they are afraid of being outshined and want to ensure that all the attention goes to them and none to you.

11. They’re Always Trying To One-up You

Whether they’re always bringing up their accomplishments or trying to one-up you at every opportunity, a coworker who you threaten will always try to be better than you.

If they succeed in making themselves look better than you, then they won’t feel like a failure.

In their eyes, if they can make you look bad, it lessens the impact of them comparing their achievements to yours and feeling bad about themselves.

10. They Try to Embarrass You or Make You Lose Face 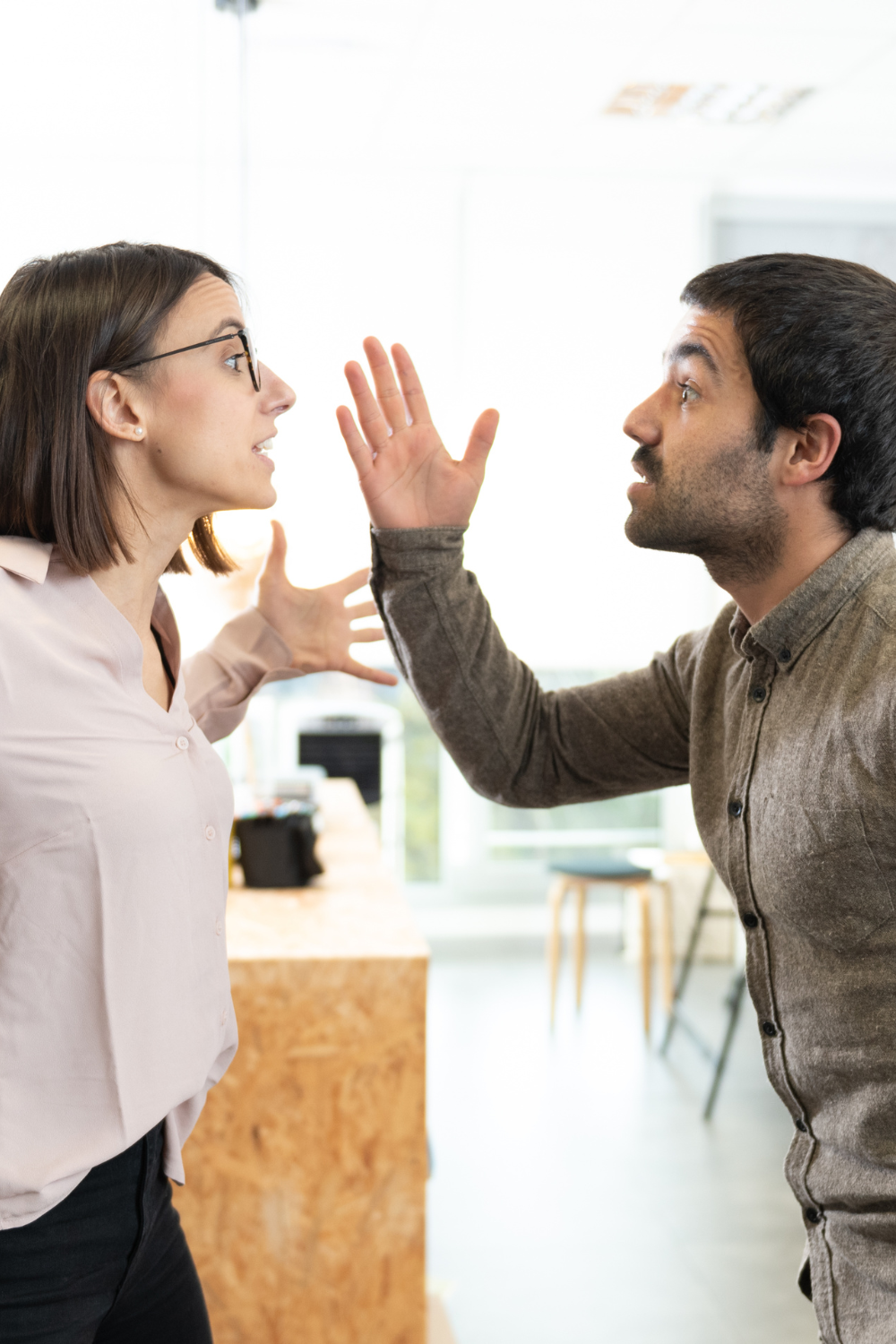 When someone is intimidated by you, they might try to embarrass you or make you lose face.

They might do this by calling attention to your mistakes or making fun of your work, even when it’s unnecessary.

They might also try to make you look stupid in front of others, perhaps by pretending that they don’t understand what you’ve said or that they’ve forgotten what you told them earlier.

If this happens to you, remember that it doesn’t mean anything about who you are as a person.

It’s just an indicator that someone doesn’t feel comfortable around you because they’re threatened by you.

9. They Compete With You, Even When It Doesn’t Make Sense

If you’ve ever had a coworker compete with you, even when it doesn’t make sense, there’s a good chance that your skills and abilities threaten them.

This is because competitive people are often insecure and have low self-esteem.

They want to be better than everyone else to feel good about themselves.

The best way to deal with this type of person is to ignore them as much as possible until they get over their jealousy and insecurity issues.

8. They Never Ask You For Help

If a coworker is threatened by you, they may not ask for help.

This can be because they don’t want to be seen as vulnerable or don’t want you to have any power over them.

It could also be that they don’t want to be seen as weak or incompetent.

7. They Gossip About You 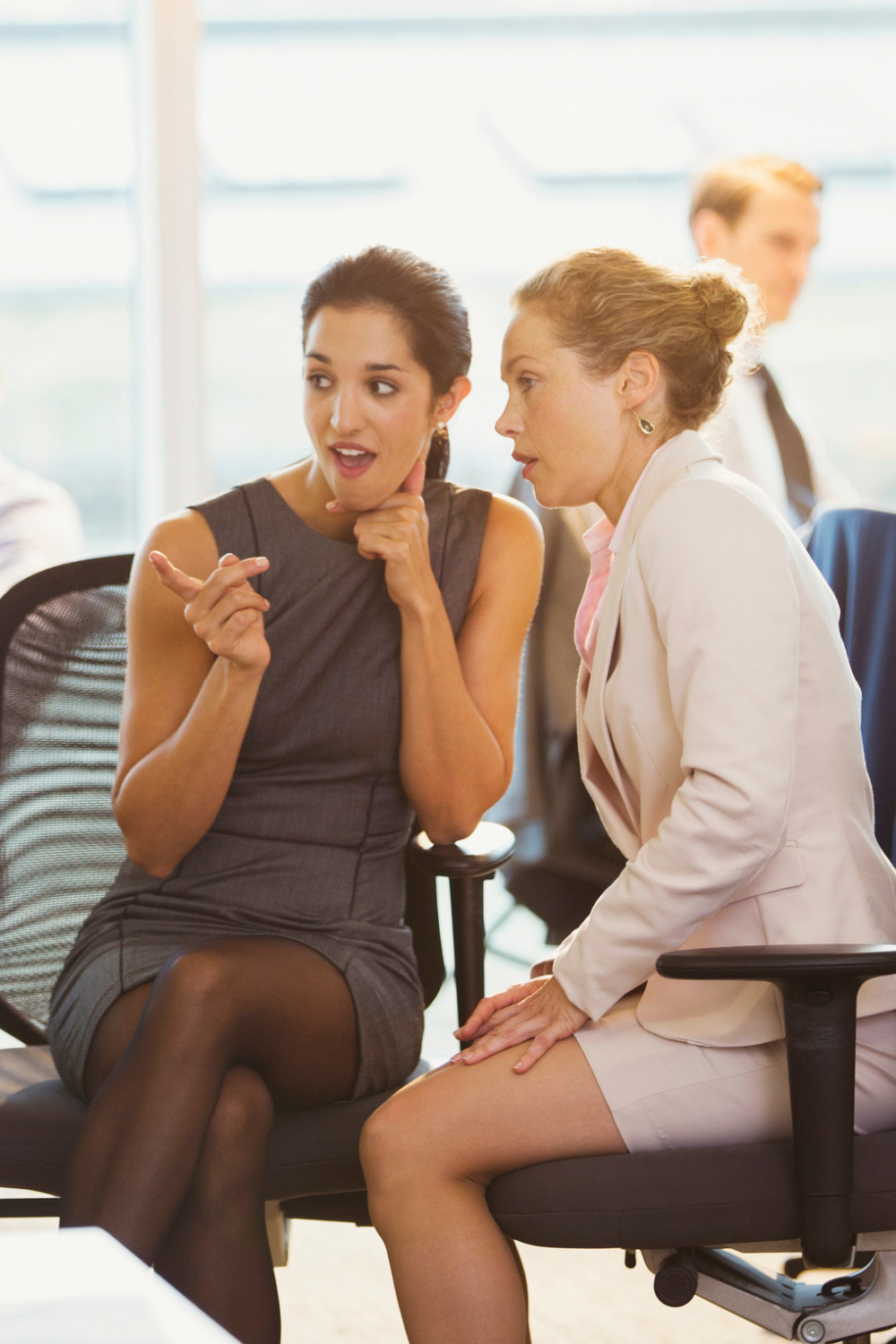 They gossip about you.

People who are threatened by their coworkers will often talk about them behind their backs to make themselves look better in comparison and win people to their side.

These can be personal or professional, but they always include some sort of negative character trait that makes the storyteller look like the better person.

6. They Ignore Or Exclude you

A colleague who is threatened by you may act oblivious to your existence.

You don’t always have to talk, but if they consistently don’t talk to you when they see you and don’t invite you to lunch with them or their friends, while they don’t behave like this towards others, it is a sign that they want nothing to do with you.

If your coworker is avoiding making eye contact with you, it’s a sign that they may be threatened by you.

They may be afraid that if they look at you directly, they’ll be overwhelmed by how brilliant, good-looking, talented, and accomplished you are.

They may be afraid of what they think you’re capable of and want to keep their guard up.

They may even be worried that if they engage with you too much, it’ll lead to a friendship.

4. Your Colleague Hovers Over You While You Work

You might think this person is trying to be supportive, but they’re trying to ensure you don’t do your job better than them.

You can tell their hovering isn’t friendly—it’s territorial.

They want to be the one who knows everything about your project, and they’re trying to get a sense of how much progress you’ve made so that they can figure out what to do next.

So, if you have a coworker who is watching your every move, they might just be intimidated by you.

3. Your Coworker Always Sides With Management, Even When You’re Right 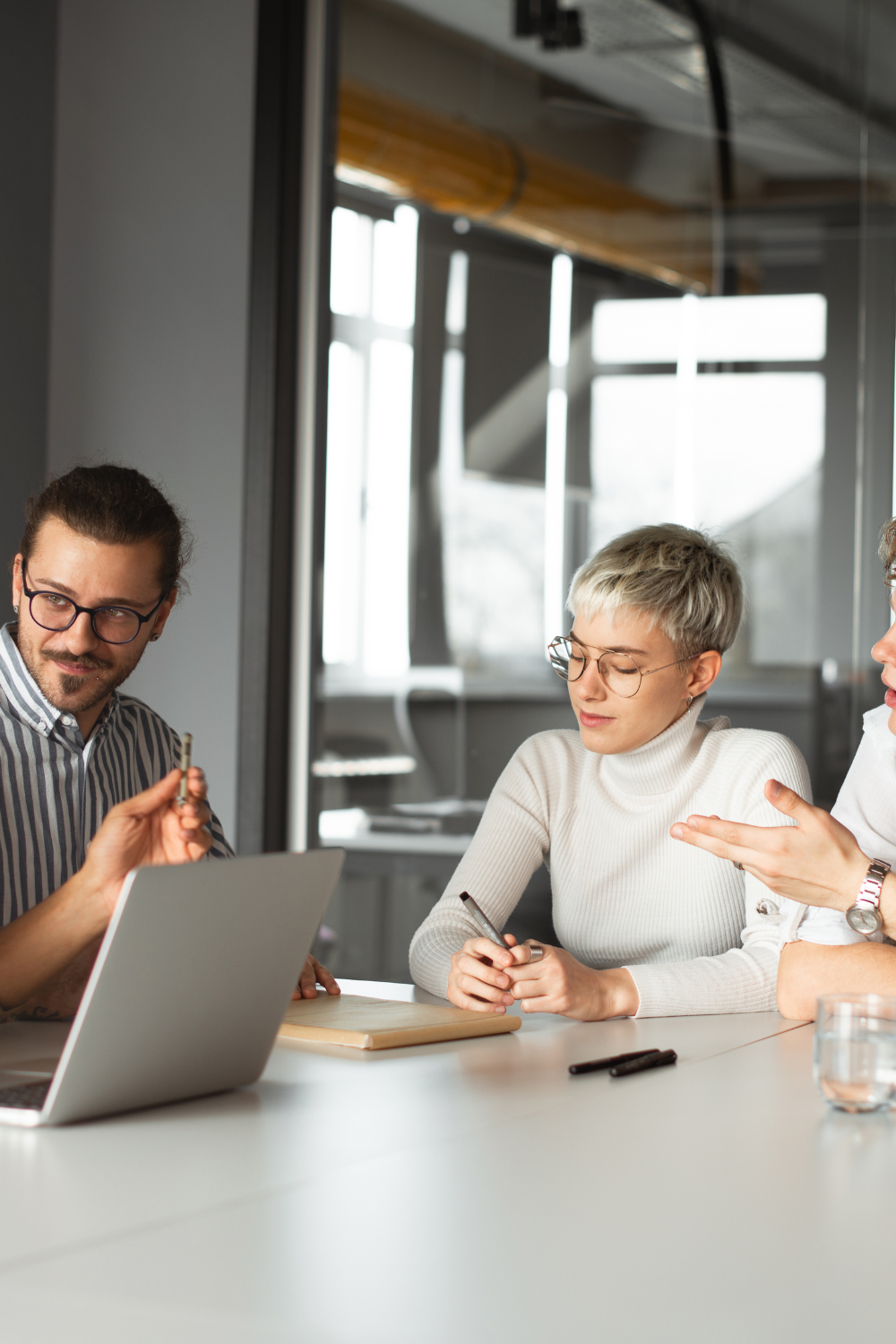 Your coworker will never admit that you’re right and the company is wrong, even if it’s glaring that the management is wrong.

2. They Try To Sabotage Your Work

If you catch your coworker trying to sabotage your work, it’s a good sign that they’re threatened by you.

They might be trying to get you in trouble with your boss to make themselves look better, or they could be trying to prevent you from getting credit for your ideas.

This is especially true if they’re doing this in front of other people.

They are just happy when your work is rubbished, so they can be satisfied that you are not more competent than them.

1.When Something Goes Wrong, They Refuse To Help

A coworker who is intimidated by you will refuse to help you when something goes wrong with your work.

In fact, they will be quick to point out your mistake/failure.

So, they revel in it and even rub it in your face.

If you feel like your colleague is threatened by you, there are some things you can do to help.

First, try to be understanding.

If they’re afraid of losing their job or being demoted, they may be acting in a way that’s not very nice toward you.

Try being open and honest about your relationship.

They might be intimidated by you because your presence makes them look less competent.

Try talking with them about how you can work together to ensure everyone knows what they do best, and then come up with ways that each person can help the other succeed without feeling threatened by their presence in the office.

If nothing works out or nothing else seems to make sense, it might be best to stay away from them altogether and focus on your work.

It’s not your fault that they are insecure. 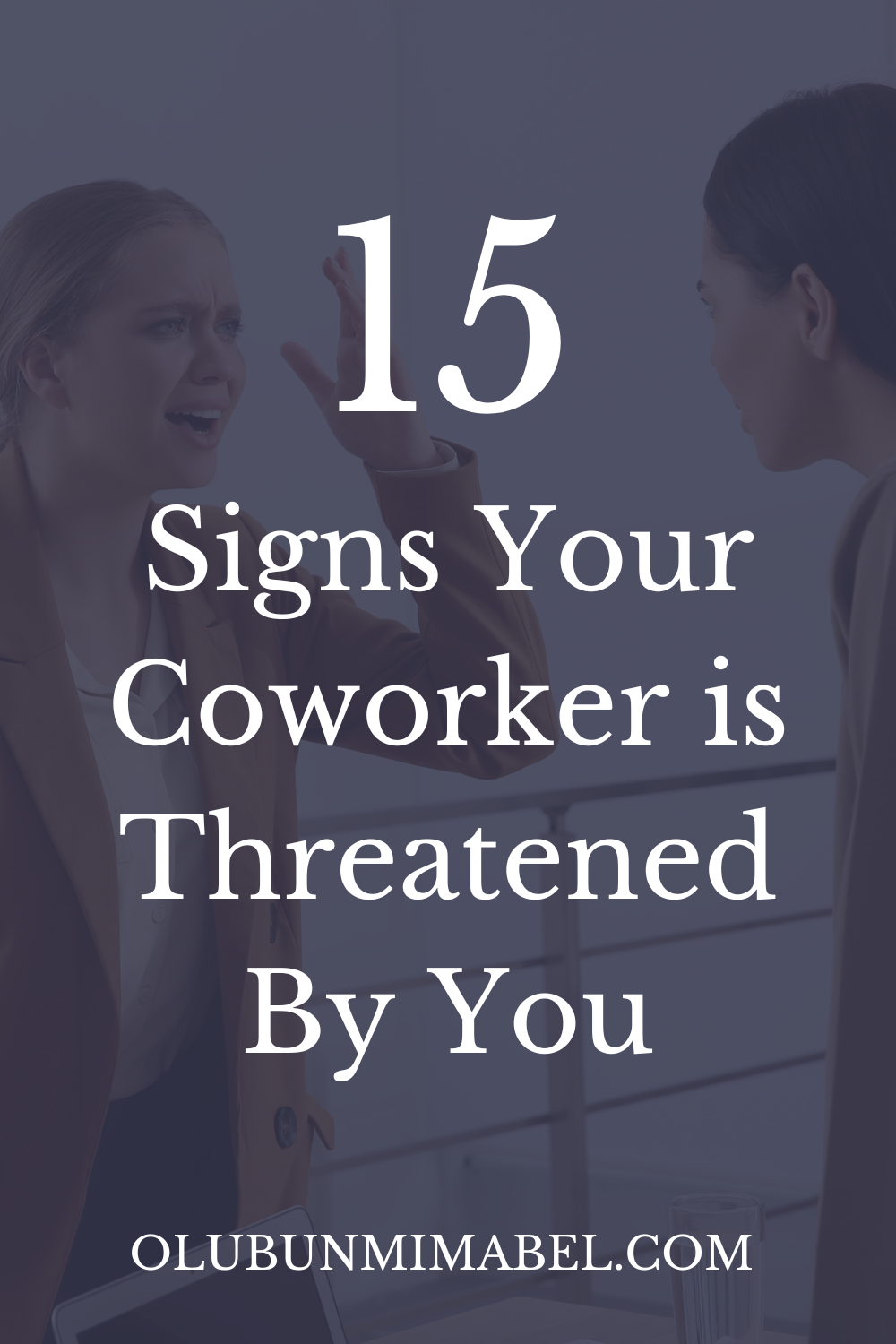