How to tell if your girlfriend is texting another guy….

Trust is a big part of any relationship.

When you’re in a relationship, you should feel comfortable enough with your partner that you’re not worried about them stepping out on you.

But if something feels amiss and you have a sneaking suspicion they might be up to some funny adventures, it’s important to find out for sure.

Proceed with caution because you don’t want your girlfriend to feel like you’re trying to control her or invade her privacy.

Instead, keep an eye out for subtle signs and try not to jump to conclusions too quickly.

If your girlfriend is being unfaithful, recognize the signs early on, as this is an issue that can affect you both emotionally and physically.

If you’ve had a conversation about the state of your relationship, and she’s told you that things are fine, then take her at her word.

However, if you haven’t, there are some signs you can look for to determine whether she’s pulling away because of something going on in your relationship or because she’s found someone else.

If you want to know whether your girlfriend is texting another guy behind your back, here are some warning signs to look out for:

How To Tell If Your Girlfriend is Texting Another Guy 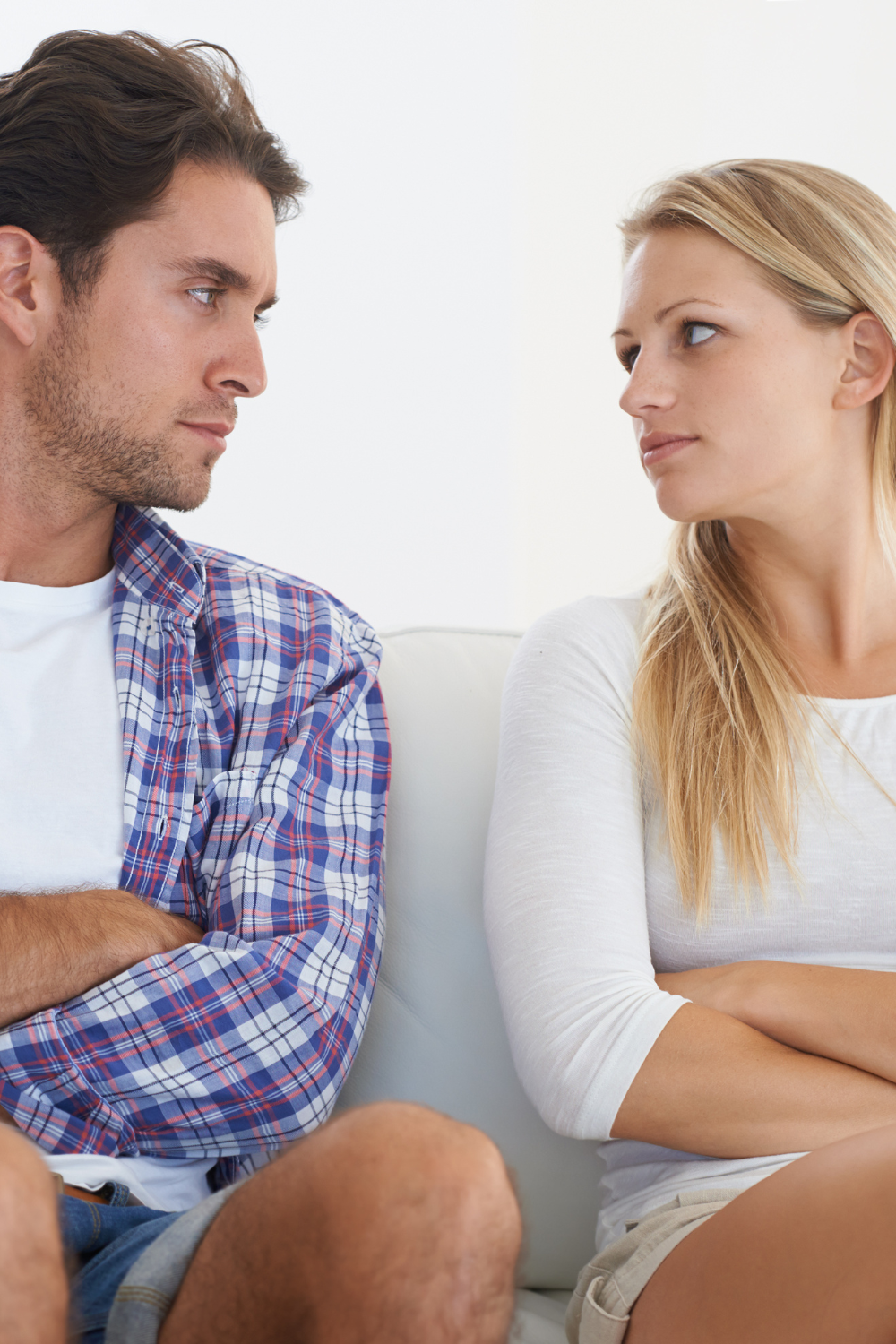 If your girlfriend has been distant lately, it could be because she is focused on someone else.

She might not make as much time for you, seems distracted or far away during conversations, spends less time with you than usual, or seems less enthusiastic about the things you do together.

Maybe she used to be so chatty with you, but now it seems like a chore for her to get back to you, even staying away more often and using work or social obligations as an excuse.

It’s possible that she’s meeting up with someone else instead of actually being where they say they are.

If you’ve tried talking to her about it and she still seems distant and preoccupied, she may have found someone new.

9. She Looks Extra Nice When She Goes Out 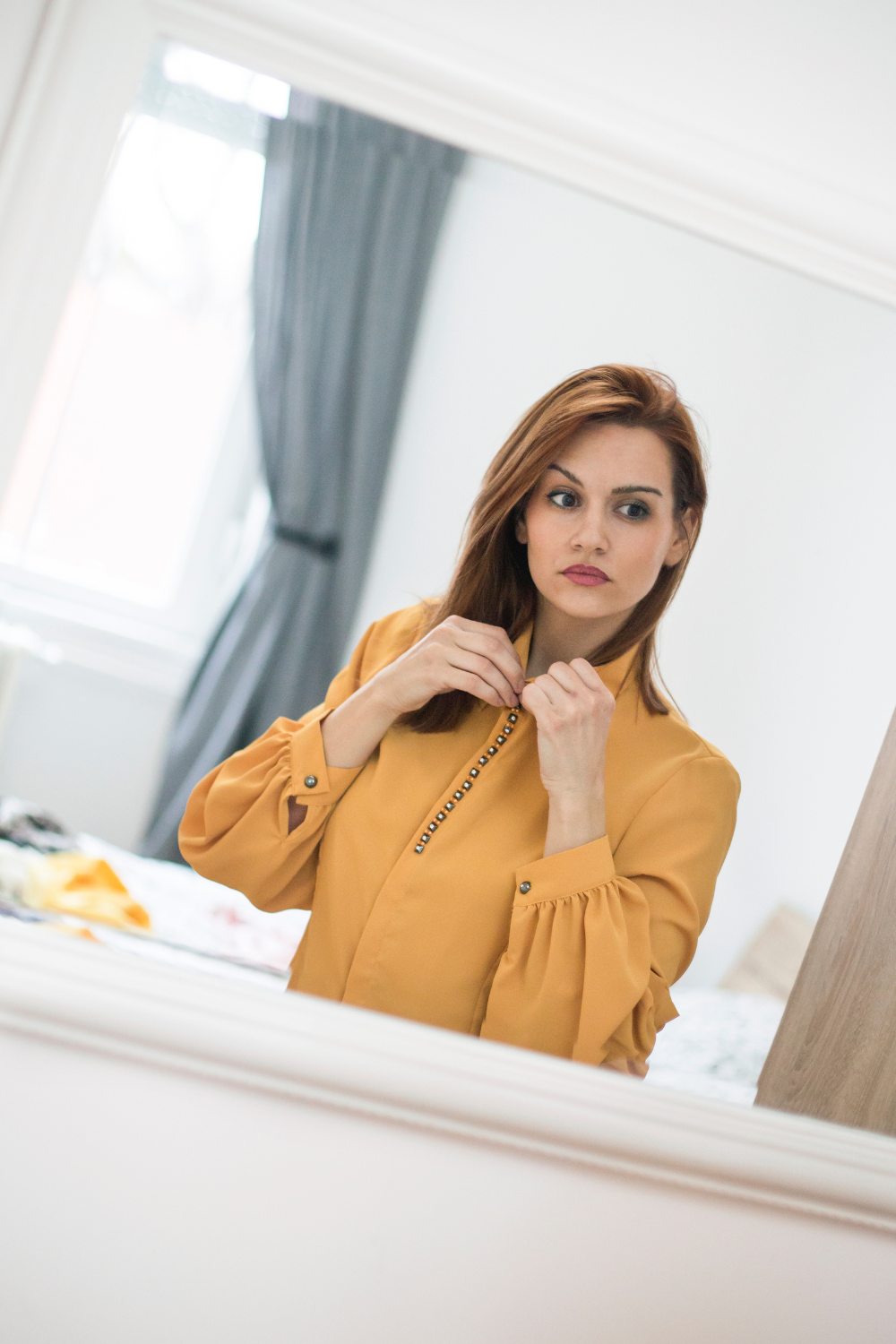 If your girlfriend normally doesn’t put on a lot of makeup or spend hours getting ready before going out, but suddenly she is doing so more often than usual, she may be trying to impress someone new.

She may have a glow about her or even a spring in her step.

She might be wearing clothes that are different from what she normally wears, and there could be an extra shine to her hair and makeup.

However, if your girlfriend puts on makeup and dresses up more than usual when she goes out, it could also mean something harmless as just paying more attention to her appearance or just a night out with friends.

8. Pay Attention to Her Phone Habits

If she starts being evasive when you ask about her phone, that’s a red flag.

She used to let you check her messages whenever you wanted, but now she’s quick to shut it down.

If she starts locking her phone and leaving the room when she texts, something is up.

Most common suspicious phone habits are: receiving lots of unexplained text messages, always on her phone, hiding it, glancing at it every time it lights up, putting it face down, deleting her texts, a lot of late-night texting, and more missed calls than usual.

If she gets defensive when asked about her phone and who she’s been texting, that’s not a good sign either.

If you notice that your girlfriend is suddenly interested in doing a lot of things that you’ve never done together before, it’s possible that she’s just trying to find new ways to use her time.

But if this interest seems to come out of nowhere, it’s worth wondering if it’s related to her increased texting habits.

When couples start drifting apart, their habits change as well.

Suddenly taking up new hobbies can be a sign that someone new is in the picture.

If your girlfriend suddenly shows an interest in a new hobby or activity, and she is secretive about why she’s so interested, you should probably get a little suspicious.

It could also be a sign that she’s found someone new who shares her interest in that activity.

You can bring it up gently with her.

If she’s open to telling you more about her new interests, great.

If not, then she may be hiding something, and you should ask more questions until you find out what it is.

6. She Makes Up excuses To Avoid Spending Time With You

If this happens often, it could indicate that she’s meeting up with someone else.

She always has an excuse for why she can’t meet up with you on weekends or evenings, using work or meeting up with friends as excuses, even if those have never been an issue.

She claims to be spending more time at work than usual, especially if this was not typical of her before.

She starts canceling plans with you at the last minute or doesn’t want to go out with you because she’s tired.

If your girlfriend suddenly stops wanting to do fun things with you like she used to, then this is a huge red flag.

She might have an excuse for canceling, but if it happens regularly, it’s worth looking into.

5. Her Social Media Activity is Different From Normal

If your girlfriend’s social media profiles have been updated with pictures of her hanging out with other guys at bars or restaurants while she was supposed to be working late at night, then there could be some hanky panky going on.

If she has been posting photos of herself with other guys or liking or commenting on photos posted by them, this could be another sign that she’s cheating on you.

These types of photos usually appear as if they were taken at a party or bar where there are plenty of people.

If your girlfriend posts photos of herself hanging out with other guys or posting flirty messages on Facebook or Twitter, it could mean that she’s getting closer to someone, and that person is not you. 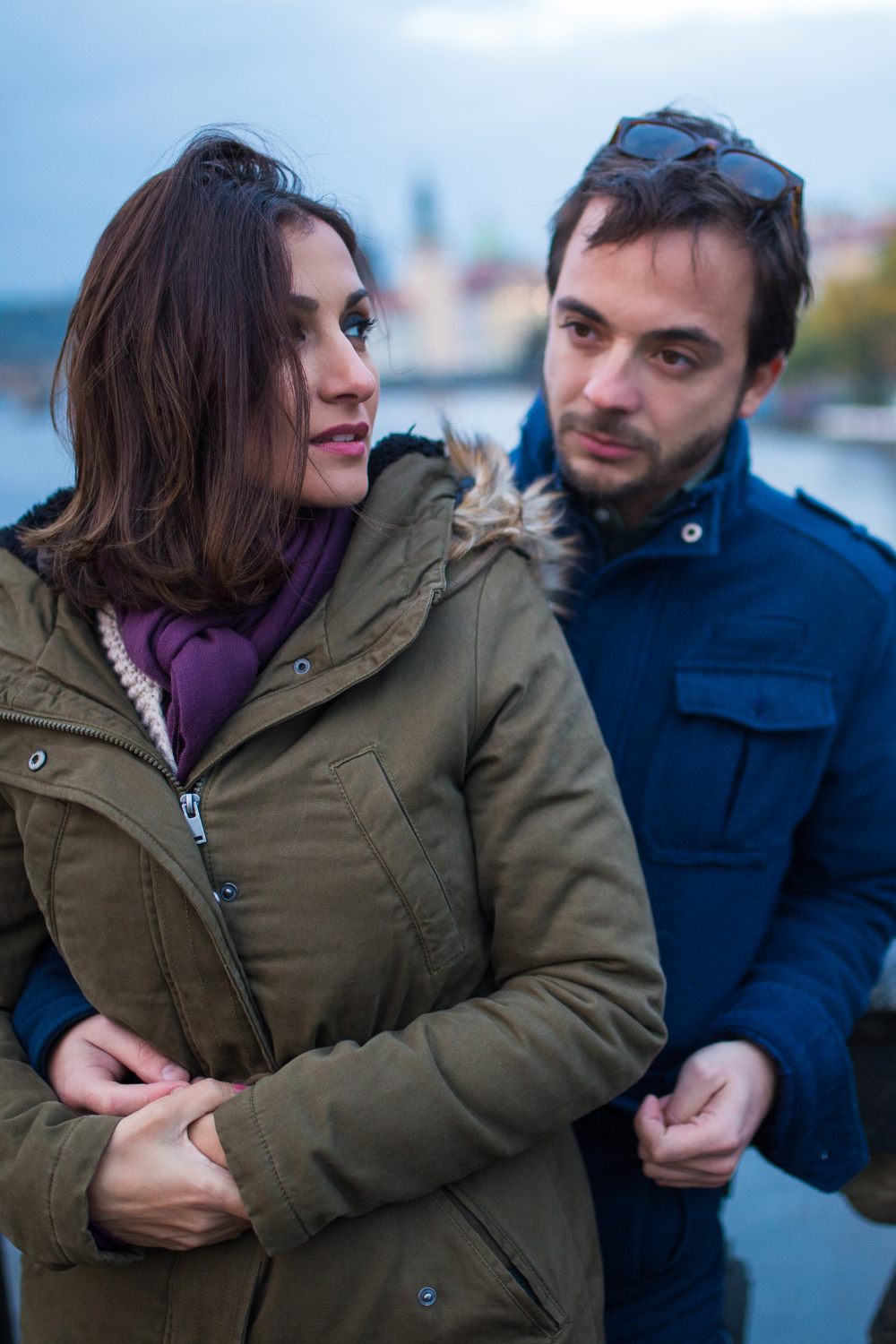 This is usually accompanied by a change in body language and in the way she talks to you.

It is also one of the signs that something is off in your relationship.

A dip in physical connection can mean that she’s not feeling as close to you as she once did.

Perhaps you’ve noticed that she only gives you affection when it’s just the two of you or worse, not at all.

On the other hand, her lack of affection could also be due to other factors such as stress, work demands or health issues, and hormonal changes.

Because if your girlfriend used to be all lovey-dovey, but now she seems a little cool and distant, it could be because her attention is elsewhere.

Is she pulling away when you hug her, or is she suddenly reluctant to hold hands?

Maybe you used to make each other laugh, but now her sense of humor seems to have gone missing.

If the elements of your relationship feel forced or are different than they used to be, it’s possible that another guy has caught her eye.

3. Changes in Her Schedule

She suddenly has unexpected nights out or early morning meetings, she makes more plans with friends, or spends more time at the gym.

These could all be signs that she’s seeing someone else.

Staying out late is another huge red flag.

If she starts hanging out with different people and canceling plans with you, it could mean that she has another man in her life who takes up more of her time than you do now.

A sudden change in your girlfriend’s schedule is often a sign that she has a new guy in her life and is spending more time with him.

If she begins to cancel plans with you or comes up with excuses for why she can’t see you, it might be time to take a closer look at what’s going on.

2. She’s Talking a Lot About Some Guy 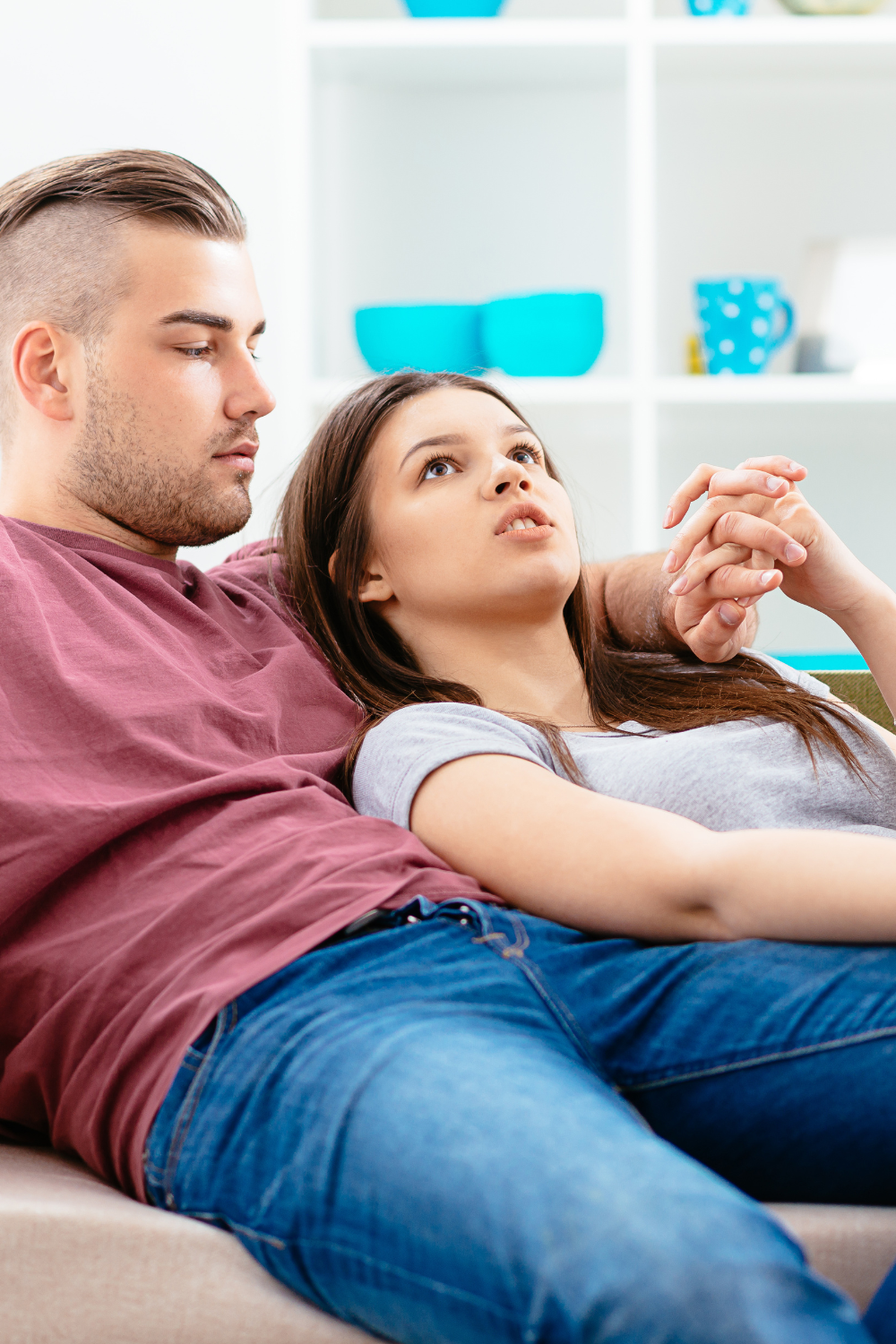 If your girlfriend is texting another guy, she might be too excited to keep it away from you.

So if she’s spending a lot of time talking about some guy, something might be going on between them.

1. She Starts Flirting With Other Guys in Front of You

This is one of the major red flags women give off when texting other guys.

She may not be aware that she’s doing it and may be acting out subconsciously.

If your girlfriend is flirting with other guys right in front of you, she feels like she has nothing to lose.

She’s not afraid of losing you because she may have already found someone else.

If you think your girlfriend is texting another guy, it’s natural to feel a little worried.

While investigating the situation further, keep in mind that there are other likely reasons for your girlfriend to act out of character besides cheating on you.

Some of these sneaky behaviors could actually point to problems in your relationship.

And while it may hurt your feelings to find out that your suspicions were right, you’re better off getting a definitive answer rather than living in uncertainty. 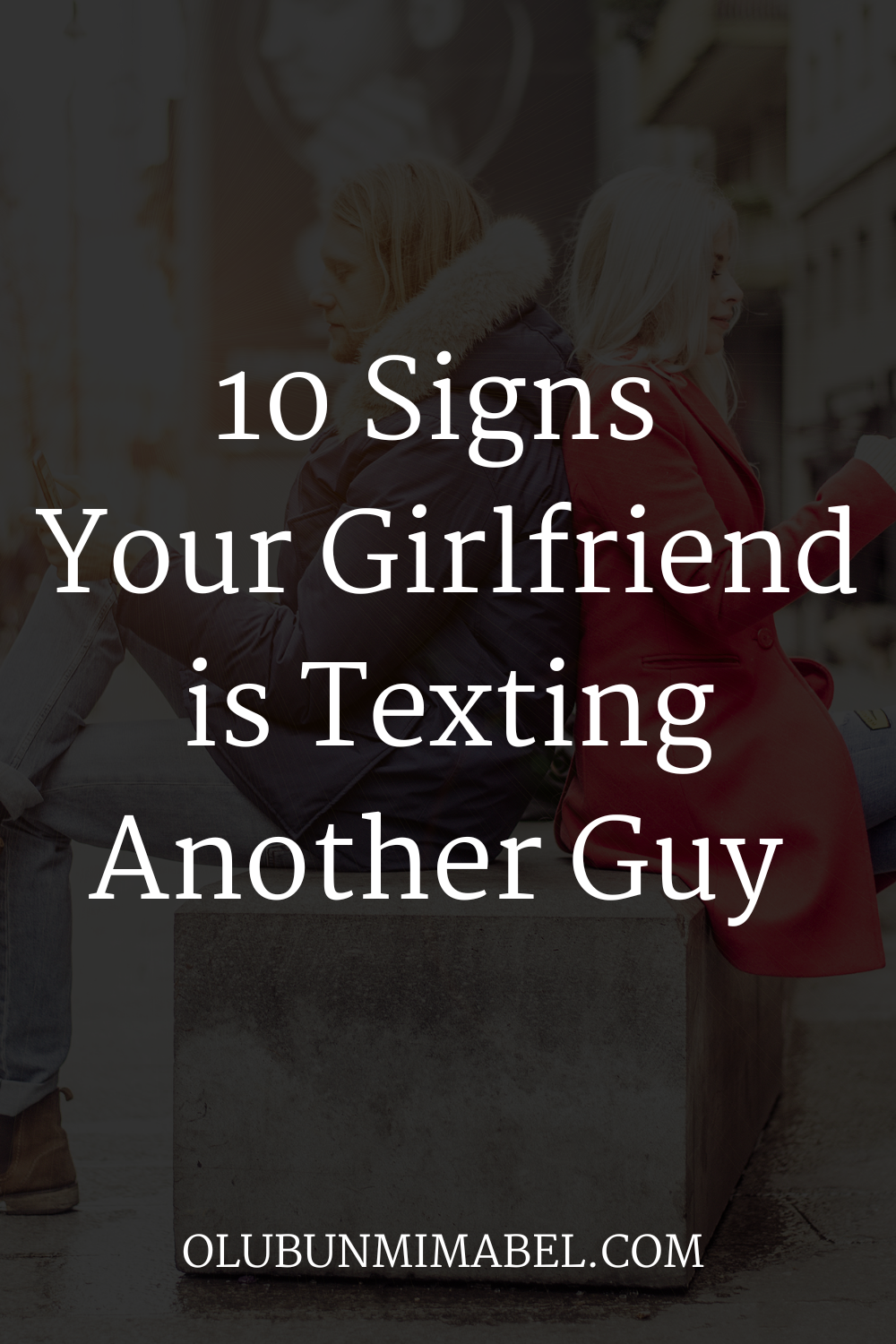