”My husband yells at me!”

According to research, ”newlyweds who yell or call each other names have a higher chance of getting divorced.”

Husbands yelling at their wives might be a common occurrence in marriages, but that doesn’t mean it’s okay.

As an introvert who loves her space and some quiet, I can’t stand my spouse speaking loudly, let alone yelling at me.

So, when your husband yells, it’s natural to be hurt, angry and confused.

You may even feel like you’ve failed as a wife.

Before we talk about what to do when your husband yells at you, let’s take a look at the reason he does so. 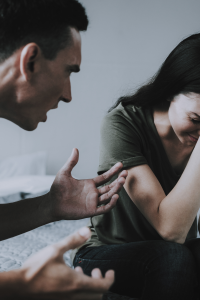 This is the most common reason husbands yell at their wives.

If your husband has a short temper, he’ll likely lash out at you when he’s feeling frustrated, angry, or stressed.

He has difficulty controlling his emotions, which can lead to yelling.

Some men often don’t take their wives seriously or see them as equals because they were raised in a patriarchal society where men are seen as superior to women.

It’s difficult for them to break out of those old-fashioned ways of thinking even though they know better on some level.

So, your husband could be yelling at you because he doesn’t respect you as an equal, and he views himself as the head of the household and expects you to listen and obey without question.

I remember one of my psychology professors back in uni who believed that women are inferior to men.

He told us about one time his son-in-law to-be visited, and he told his wife to go to the kitchen to cook with their daughter because the men (he and his son-in-law) wanted to talk.

For a professor to spew that, it tells you how rigid a patriarchal mindset could be. 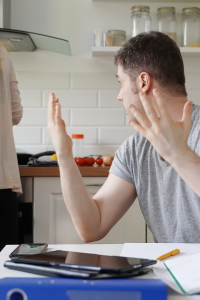 If your husband is under a lot of stress, it can lead to him taking it out on you in the form of yelling.

4. He feels threatened by your success or happiness

Many men feel threatened by their wives’ success and happiness because it makes them feel inadequate somehow.

So yelling at their wives is a way of putting them back in their place and making them feel less successful or happy.

5. You’re not meeting his needs

If your husband feels like you’re not meeting his needs, it can lead to him feeling frustrated and taking it out on you.

6. He wants to control you

Men who yell want to feel like they are in charge of the relationship, and their wives will do what they say.

Yelling at someone gives them power over them, even if only for a moment.

And when they’re feeling out of control in other areas of their lives — say, because they lost their job or didn’t get promoted — that can make them feel even more insecure about their position in the relationship and their masculinity overall.

So he thinks yelling will give him a feeling of power, but it just makes him seem petty and immature, like an angry child throwing a tantrum rather than an adult communicating his needs calmly and directly. 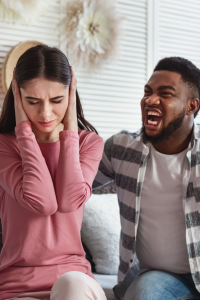 If your husband yells at you, it could be because he’s a bully.

When a man yells at his wife, he’s communicating that she is not as important as he is.

He feels that she should be less important than him and deserves to be treated poorly.

8. There could be a medical reason for his yelling

Sometimes, there could be a medical reason for your husband’s yelling.

For example, if he has ADHD, it can lead to impulsive behavior, including yelling.

Other medical conditions that can cause outbursts of anger or yelling include bipolar disorder, anxiety disorders, and depression.

Some husbands think that yelling is no big deal.

They see it as a normal way to communicate, and they don’t understand why their wives get so upset about it.

They may not even realize that they’re doing anything wrong.

10. You’re not listening/He wants to be heard

Your husband may yell at you because he feels that you’re not listening to him or his words aren’t getting through to you.

He may feel like you don’t care about anything he says, so he gets frustrated and yells at you.

Men tend to be less communicative than women, so when they’re upset about something, they don’t know how to express themselves in an effective way — which results in frustration and anger building up until they explode into an outburst.

12. He wants to prove his manhood

In some cultures, men are raised to believe that they need to be the head of the household and are supposed to be the ones in charge.

So if a man feels like his wife is challenging his authority or making him look bad, he may yell at her as a way of reasserting his dominance.

13. He feels afraid or powerless in his life

A man who yells at his wife often feels powerless in other areas of his life, such as work or finances.

When a man feels like he can’t control these outside forces in his life, he may try to control his wife instead by yelling at her.

What To Do When Your Husband Yells at You

The good news: You can learn how to stop your husband from yelling at you by becoming more aware of what triggers his anger, using coping skills, and working together on problem-solving:

Here are some tips on how to stop your husband from yelling at you:

The first step to dealing with a husband who yells is to try to understand why he’s doing it.

Is it because he’s feeling insecure in the relationship?

Is he stressed out at work?

Is he frustrated with himself?

Is he just venting?

Is he mad at someone else and taking it out on you because it’s easier?

Is it a personality flaw?

Is there something wrong in his life that makes him angry?

Do you remind him of someone from his childhood who hurt him?

Once you understand the root cause of his yelling, you can start to address the problem.

When your husband yells at you, sometimes it’s easy to get angry at him and yell back or walk out on an argument altogether.

Instead, try listening without judging him or getting upset yourself.

You might be surprised by what he has to say and how much better it makes both of your lives when you can talk through problems calmly instead of getting into an argument that spirals out of control quickly because neither one of you wants to listen or hear what the other person has to say.

3. Talk to him about his yelling

If your husband is yelling at you, it’s important to talk to him.

Communication is key in any relationship, and you need to let him know that his yelling is not acceptable.

Let him know how his behavior makes you feel and why you don’t think it’s acceptable.

Encourage him to express himself in a more constructive way, such as by talking calmly or writing down his thoughts.

4. Be patient with him but set boundaries with him 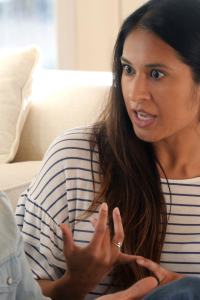 If your husband continues to yell at you, it’s important to set boundaries with him to know where the line between acceptable and unacceptable behavior lies in your relationship.

And let him know the consequences that’d follow if he yells at you again.

You know your husband best; you should know what kind of consequences will affect him the most.

Yelling isn’t always about you — it could be something else in his life or an issue with how he feels about himself.

Instead of taking it personally and getting defensive, try to be understanding and empathize with him.

This doesn’t mean you need to put up with his behavior, but try to see things from his perspective.

If your husband is yelling at you, it’s important to stay calm and not yell back.

Yelling back at him will only lead to more arguing and won’t solve the problem.

Instead, try coping skills such as deep breathing, visualization, and positive self-talk to stay calm.

You might also want to walk away from the situation for a little while until you’re both able to calm down.

Remember that you are not responsible for his anger — he is.

7. Work together to come up with solutions that work for both of you

This may require some compromise on both of you.

He might have to learn how to express himself more effectively than by yelling, while you might need to give him some leeway if he’s just having a bad day or had a fight with someone at work before coming home and taking out his frustrations on you.

It’s important to work together to come up with solutions that work for both of you so that his yelling doesn’t become a regular occurrence in your relationship.

Don’t let your husband’s yelling define how you feel about yourself.

Just because he yells at you doesn’t mean there’s something wrong with you.

Always remember that you are not responsible for his anger or his behavior.

You are worthy of love and respect, no matter what he says or does.

9. Ignore him when he yells

In some cases, the best thing you can do is ignore him when he yells.

This is especially true if he’s yelling to get a reaction out of you or if his behavior isn’t truly harmful.

By ignoring him, you’re sending the message that you are the bigger person and that his yelling will not affect you.

This can even make him look like a fool and might make him think twice about yelling in the future, especially if he yells at you in public.

I mean, it’ll make him look stupid if he’s the only one yelling and no one is responding to him.

This is the method most women who don’t want to leave their husbands for his yelling use in tolerating them.

If you’ve tried everything and nothing seems to be working, it might be time to seek professional help.

This is especially true if his yelling is becoming physical or if you’re worried for your safety.

A therapist can help him work through his anger in a healthy way and teach you how to better communicate with each other. 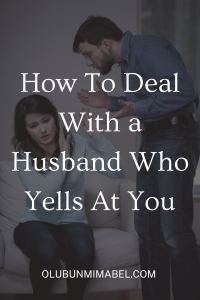