Except it’s by choice and agreement, no lady wants to be in a ‘methuselah‘ relationship. That is, a long term relationship with no marriage in sight.

Everything that has a beginning is usually expected to have an end. A relationship is just like a journey starting with love and with marriage as the destination.

So you’ve been dating this guy for months…years… now, and he’s not popping the question or even saying anything about marriage, and you’re not only ready but also wondering why he hasn’t popped the question or making plans to.

Well, here is the only reason – HE’S NOT READY!

“Not ready for what?” you may ask.

Whenever a lady who is ready to settle down tells me her boyfriend isn’t saying anything about marriage. The first question I ask is, “How old is he?”

And most of the times, the answer I get is, “He’s twenty something-ish”

I usually tell ladies that, just because a guy is your age mate doesn’t mean you’ll be ready for marriage at the same time.

If you’re 25 and you’re dating a guy of the same age, it’s very likely that he won’t be ready for marriage when you are.

It’s not common to find men who marry in their early or mid-twenties, but that’s the age a lot of ladies marry.

Usually, men marry in their early thirties and above, and occasionally late twenties, for various reasons.

So, if he hasn’t proposed, maybe he’s not life-ready. 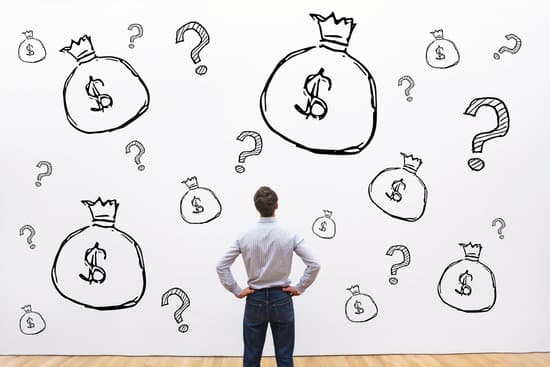 No sane man would propose to a lady if he doesn’t have a stable source of income. How will he start and raise a family with no money or source of money of his own?

If he hasn’t proposed marriage to you yet, he’s probably thinking of his pocket, not because he doesn’t love you.

3. He doesn’t want to marry you

This is another major reason a guy might be holding back the ring – he is not ready to settle down with YOU.

Usually, men know from the inception of a relationship if they’ll marry a lady or not.

This is why you should not lose yourself in a relationship or share your cookie with every Tom, Dick, and Harry because you don’t even know if he loves you for real or he’s just using you for sex or you or you’re even dickmatized!

4. He’s not ready for marriage life 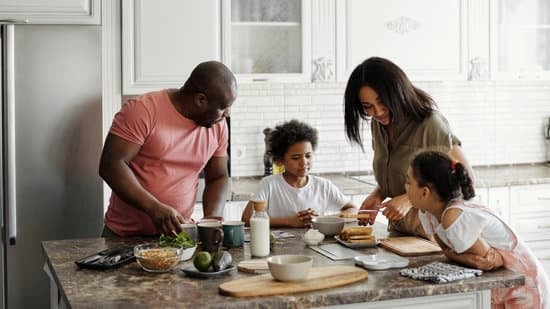 Marriage is full of responsibilities. You need to be responsible to be a husband and a father, and this is a big deal.

It takes more to be a husband and a father than to be a boyfriend.

He might be stalling because he’s not ready to shoulder the responsibilities that come with marriage.

This is why some men prefer to be baby daddies than be a husband and father. 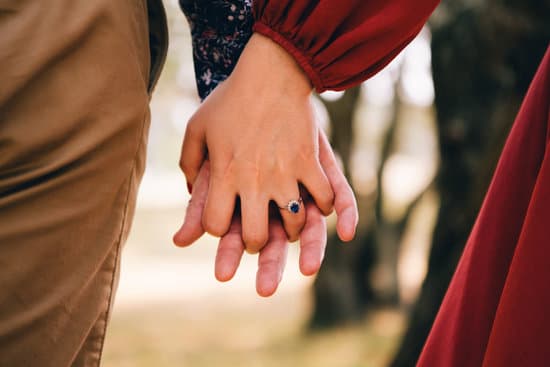 Some men can’t imagine being with a woman for the rest of their lives. It scares them. They can’t take their eyes off the many beauties they set eyes on.

Marriage demands that you should be faithful to your spouse because infidelity can end a marriage.

So, the fear of committing to you forever might be keeping him from proposing.

6. He doesn’t wanna lose the thrill of chasing

Men love the fun of the chase. They love the thrill that comes with chasing a woman/women. The adrenaline they get from that makes them excited.

Getting married would mean the end of such thrill and they can’t give that up. Not for you. 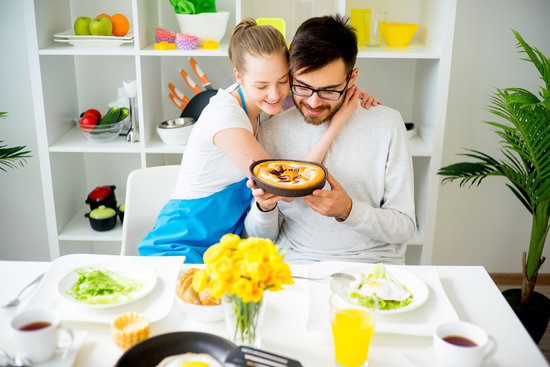 He might not be proposing because he’s bored of being in a relationship with you. While there could be many reasons for this, the major reason is usually when a lady has already become a wife to him before being ‘wifed’.

You give him sex, cook his meals, clean his house, organize his schedule, look after him etc. What exactly is left to look forward to?

I know some men will marry a lady because of these things but some won’t because they’re bored and in need of some fresh blood.

This is why some ladies feel used when a guy dumps them after performing all the ‘wifely’ duties for him.

This will not make you feel used if the relationship doesn’t end in marriage.

He might be in love with you but he’s just afraid of marriage.

He thinks marriage will be the end of the relationship and he doesn’t want that to happen. He’s afraid that the marriage will not work out. Even divorce statistics aren’t helping matters.

Marriage opens your eyes to the realities that dating blinds you to. He might be afraid of this and be holding back his proposal.

9. He’s afraid of losing your shape

Some men believe that women let go of their bodies when they get married, especially when they start having kids.

As silly as this sounds, it might be the reason some men don’t want to slip a ring on that finger.

I’m a mom of two, so I’ve experienced this

This isn’t the same for every woman, and women these days are taking charge of their bodies and dealing with the bodily changes of pregnancy.

So, let the fearful boyfriend not worry.

10. He simply doesn’t want to get married

Some men don’t just want to be married. Simple!

They can’t imagine themselves married. Never.

He might just be taking his time. Maybe he wants to know you better or wants to see if you both are compatible.

Well, it depends on how long you’ve been in a relationship with him. If you’ve been dating for more than a year, and he’s ready in every aspect, wonder what is going on in his mind.

If you are wondering why he hasn’t proposed yet, it’s probably due to one or more of these reasons. 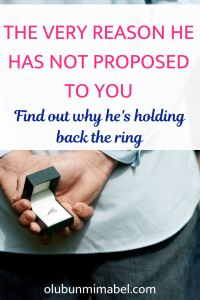 We been in a relationship for 6 years and this past June he said we just got serious, wow I thought we were serious ..in my mind anyways. Still no ring, he says we will get married next summer. I know these are lies.. I think he likes other women flirting with him and he doesn't want a comment. We are the same age (48)

Wow! 6 years is a long time to decide if you wanna be with someone.

It's rather unfortunate that you are not on the same page.

Usually, men know from the inception of the relationship if they’ll marry a lady or not. Lol. Really ! How were you able to just get to this?