The end of a relationship can be a tough pill to swallow.

After all, you spent all that time getting to know someone, only to have it all come crashing down.

And if your ex was the one who did the hurting, it can be especially difficult to let go.

But one of the best things you can do for yourself is to speak your truth for closure.

It won’t be easy, but it’s an important step in moving on.

Your ex might even apologize for what they did.

No matter what, you’ll be one step closer to closure.

What To Say To An Ex Who Hurt You

These words can be some of the most empowering words you ever say to an ex who has hurt you.

By saying these words, you declare that you no longer need or want this person in your life.

You are taking back your power and sending a clear message that you are moving on.

These words can be difficult to say, but they can be liberating.

So if you’re looking for a way to tell your ex how you feel, try saying, “I’m better off without you.”

It just might be the best thing you ever do.

2. “I’m going to find someone better than you anyway”

This is a classic, and it’s a great one.

It’s a double whammy attack — which is why this is such a great comeback.

You need to be happy and confident for the message to come across.

If you sound like a sad, broken mess, your ex will assume you say this because you are hurt, angry, and bitter.

This is one of my favorites because it’s so direct and to the point.

It’s also nice because it doesn’t have any negative undertones or implications, which makes it an easy thing to say without sounding bitter or angry.

It’s a good way of letting an ex know that you believe they had their chance but didn’t take it seriously enough, and now there’s no more time left for playing around.

This is a great way to end things positively while cutting ties with your ex.

Saying goodbye definitively like this leaves no room for error or for them to think you might still want to be together.

It’s final, confident, and what you need to do to move on. 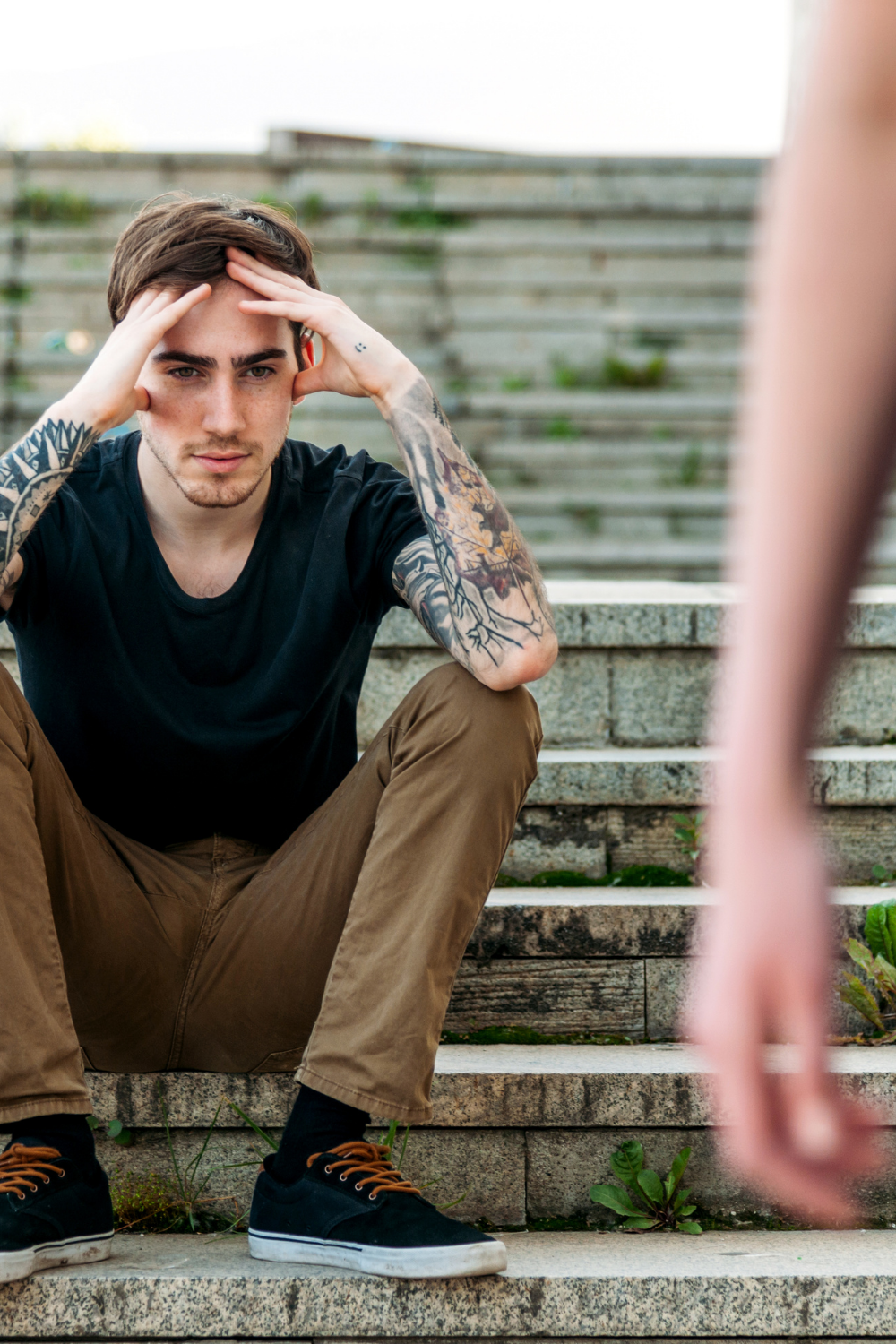 5. “My friends were right about you”

This one is a bit more subtle but can still be effective.

If you have friends who didn’t like your ex or never thought they were good enough for you, this line lets them know that you finally see what they were talking about all along.

It’s a way of saying “I’m better off without you” without actually saying it.

6.”I hope you realize what you lost”

You’re not only asserting your own worth but also acknowledging that your ex made a mistake in letting you go.

It’s simple, but it packs a punch.

It shows that you’re not going just to forget what happened.

But ”I hope you’re happy with what you did. I hope it was worth it” also shows that you’re moving on.

You’re not going to dwell on what happened.

You’re not going to let it consume you.

So when you see your ex, look them in the eye and say, ”I hope you’re happy with what you did. I hope it was worth it.”

They’ll know exactly what you mean and know they messed with the wrong person. 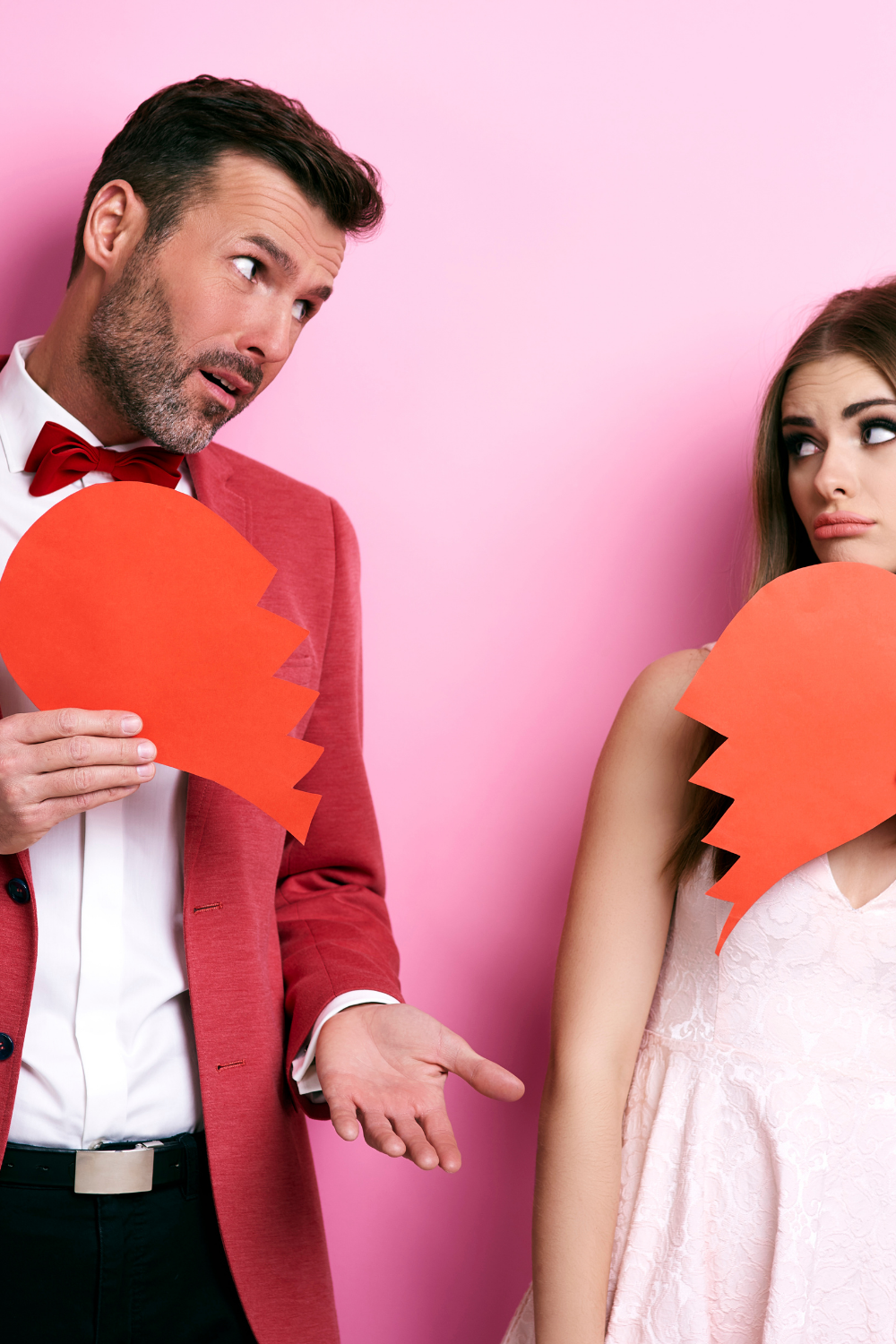 There’s nothing more satisfying than telling your ex that you’re stronger than they are.

That you survived their hurt, and you’re better off without them.

It’s the ultimate way to show them that you’ve moved on and you’re doing just fine without them.

And it feels so good to say it out loud.

So if you’re looking for the perfect thing to say to your ex who hurt you, try this: “you broke my heart, but you didn’t break me.”

It’s simple, honest, and shows that you’re not going to be a victim forever.

You’re moving on, you’re healing, and you’ll be just fine.

The worst part about getting your heart broken is not the pain but the realization that the person who caused that pain is not worth it.

That’s why one of the best things you can say to an ex who hurt you is ‘you are not worth the pain.’

It’s a simple statement, but it’s powerful enough to help you move on.

When you realize that the person who hurt you is not worth your pain, you can start to let go of the anger and resentment you feel.

Instead, you can focus on healing yourself and moving on with your life. 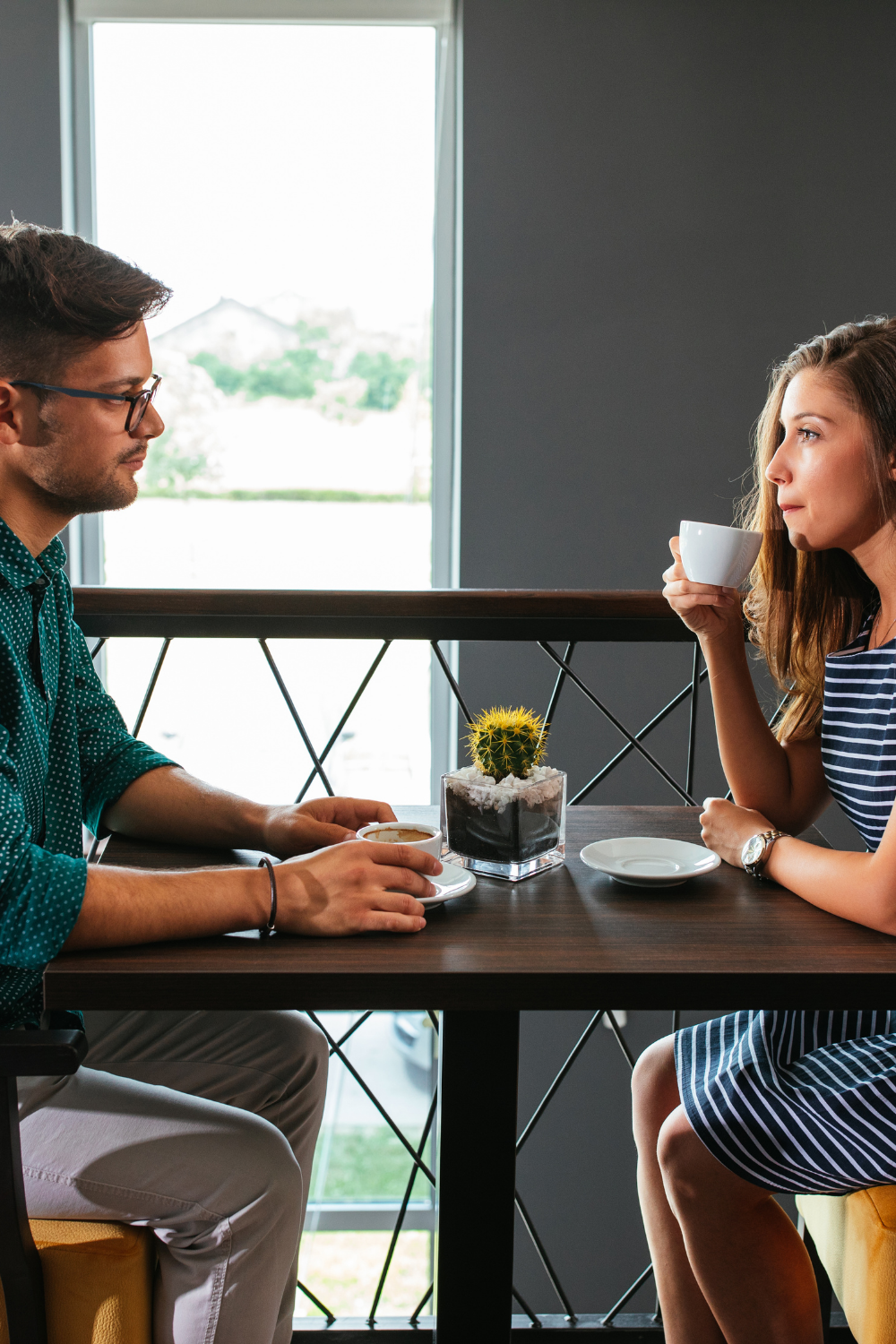 This phrase conveys that you still care about your ex but don’t want them in your life anymore.

It’s a simple way to put your feelings into words and help you move on from the pain they caused.

This shows you have moved on from what happened and that you will no longer tolerate their poor treatment of you.

It also indicates that you have high standards and expect to be treated with respect.

By saying this to your ex, you are setting the example of how you should be treated in future relationships.

So, you will not only be putting your ex in their place but also raise the bar for future partners.

This simple statement can be incredibly powerful if you deliver it with conviction.

By saying this, you’re not only reaffirming your worth, but you’re also putting your ex in their place.

You’re making it clear that you don’t need them and that you never did.

This can be a great way to regain your power and start moving on.

So if you’re looking for a way to stick it to your ex, give this a try.

A simple “I’m so over you” will let your ex know they have no place in your life anymore.

It might be harsh, but it gets the job done.

If you want to make it clear that you don’t think about your ex anymore, this is the perfect line to use.

It will make them feel like they are not worth your time and energy.

15. “You’re the worst thing that’s ever happened to me”

This phrase communicates the pain and hurt that your ex has caused you.

It’s a blunt way of putting it, but it will get the message across.

16. “I’m glad it’s over. I don’t know what I was thinking when I stayed with you for as long as I did. I was clearly blinded by love or something like it.”

Again, this line is all about reaffirming your worth.

It’s a great way to show that you know your value and that you deserve to be treated with respect.

18. “We’re better off without each other”

Saying “we’re better off without each other” communicates a strong message of independence and self-respect.

It shows that you’re not willing to settle for anything less than what you deserve.

And it sends a clear signal that your ex is not welcome in your life.

Of course, this isn’t always easy to do.

But you’re the one in control of your happiness.

So if someone isn’t making you happy, you are better off without them. 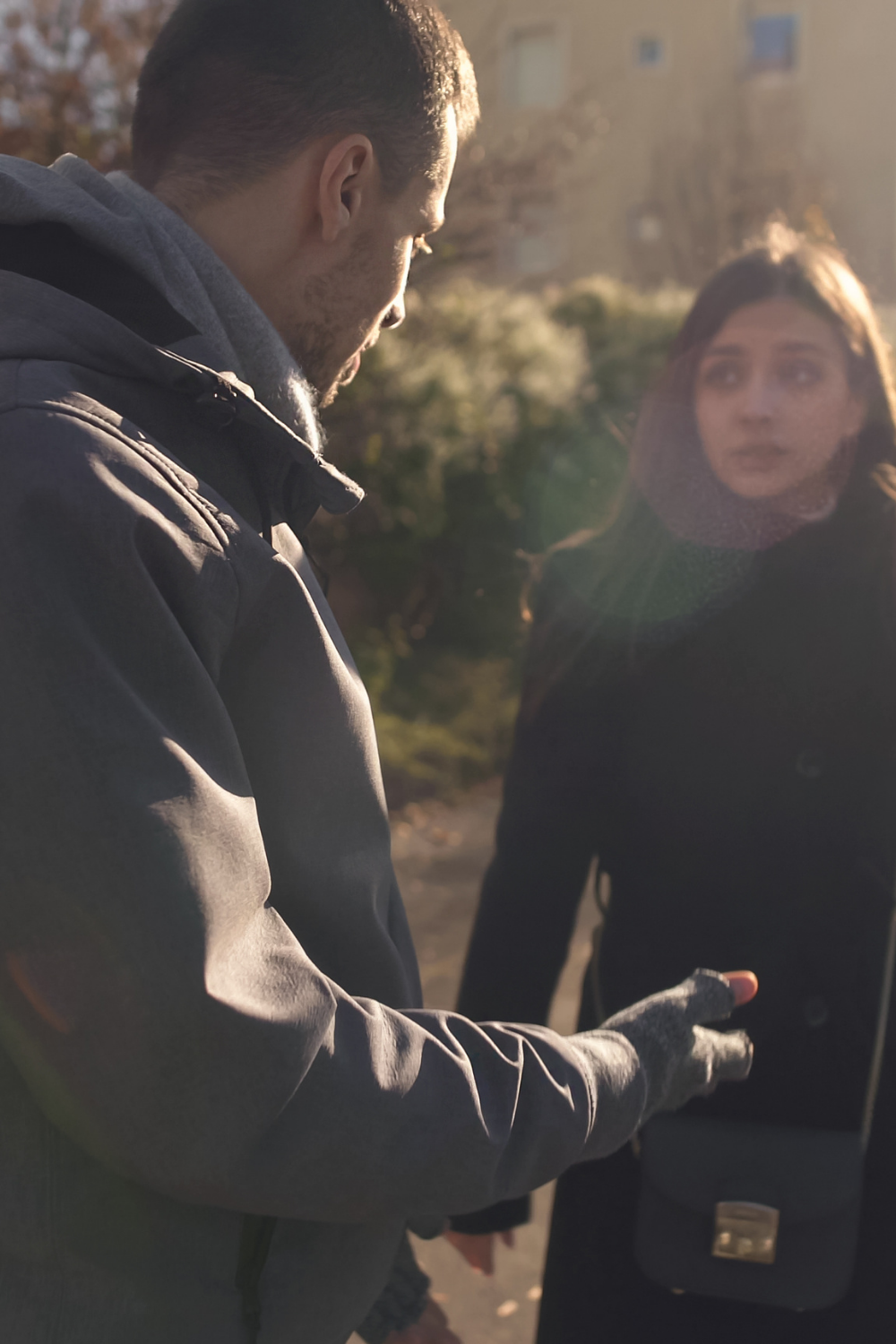 19. ”I thought we had something special, but apparently, this was a mistake”

This line communicates the hurt and betrayal you feel after your ex has hurt you.

It gets straight to the heart of the matter and shows that you’re not going to put up with their games anymore or waste any more of your time on someone who doesn’t deserve it.

This phrase communicates that you’re disappointed in your ex and that you no longer see them in the same light.

It also suggests that you’ve moved on from the relationship and are ready to forge a new path.

So, if you’re looking for a way to express yourself after a breakup, this is one phrase you can consider using.

I hope this list inspires you on what to say to an ex who hurt you.

Depending on what you want to communicate and what will help you move on from the pain your ex caused, choose the phrase that best communicates your message. 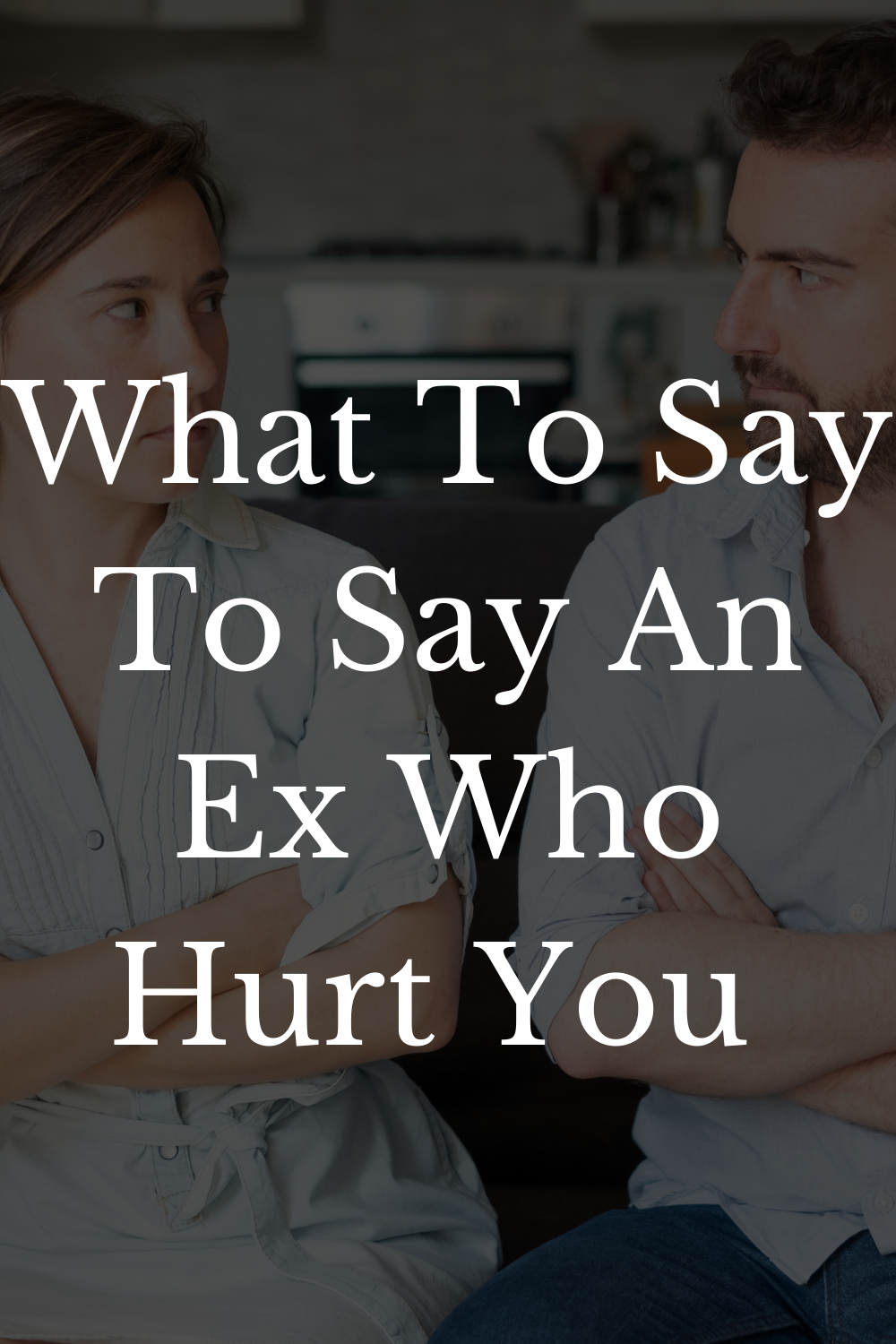