It’s been going on since the beginning of time.

So it’s no secret that many guys prefer older women.

You might be wondering why a guy would go for an older woman when he could have his pick of the litter, so to speak.

Is it the confidence that comes with age?

While all of those things may be true, there are a few other reasons why guys are drawn to older women, and we’ll explore some of them here.

So if you’re an older woman who’s been wondering, ”Why are younger guys attracted to me?”, read on to find out more.

One of the things that guys like about older women is that they’re not high-maintenance.

They don’t need to be constantly entertained or pampered as some younger women do.

They’re happy to relax and take things easy, which is a refreshing change of pace for guys who are used to being with high-maintenance young women.

2. They Know What They Want 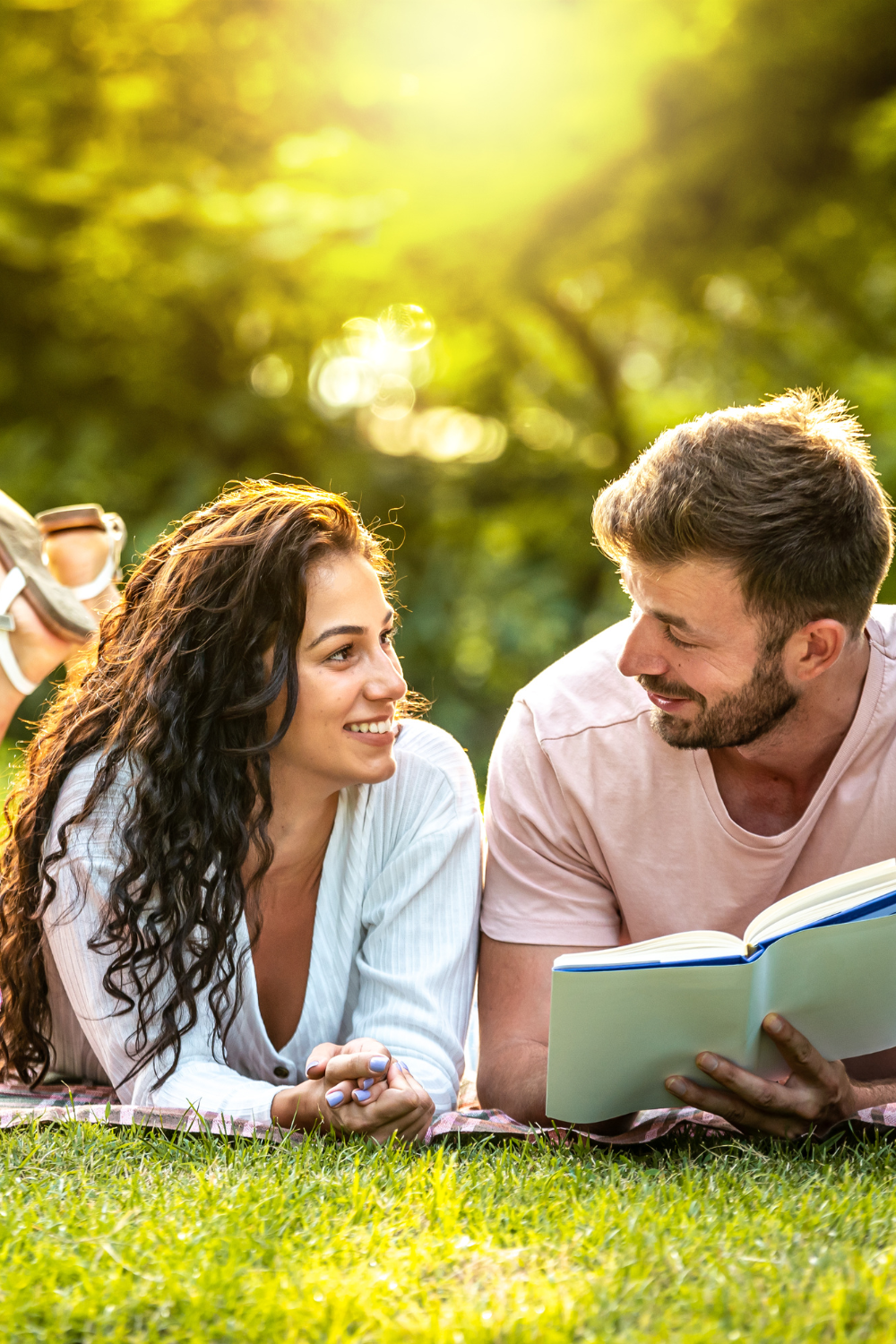 One of the things that guys find most attractive about older women is their confidence.

Older women know what they want in life and relationships.

They’re not afraid to ask for or go after what they want.

They’re comfortable in their skin and aren’t afraid to show it.

This means they are less likely to play games or lead guys on.

They’ve been through enough life experiences to know what they want and don’t want.

So they’re not wasting time playing games or leading guys on when they’re not interested.

They’re also less likely to put up with crap from anyone, including guys.

This confidence is a major turn-on for guys, especially Alpha Males, who are attracted to confident women.

3. They’re Not Afraid of Commitment 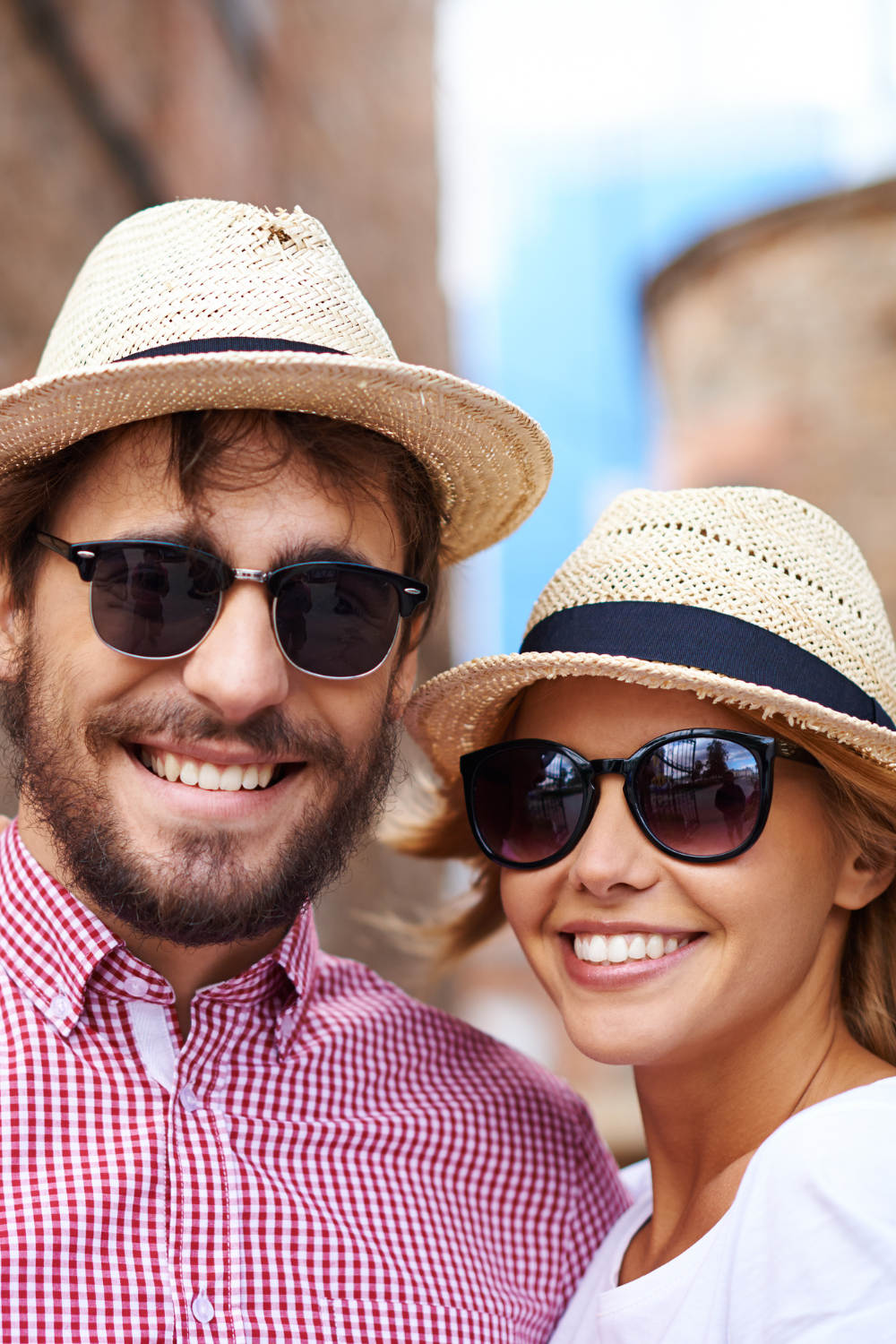 Another thing guys like about older women is that they’re usually not afraid of commitment.

They’ve been around the block a few times and know that relationships take work.

They’re also more likely to be interested in settling down and starting a family if that’s something the guy wants.

Because one of the things that guys worry about when dating younger women is that they’re more likely to cheat.

This is because younger women are still exploring their options and may not be ready to settle down with just one guy.

On the other hand, older women are usually more interested in finding a committed relationship, so they’re less likely to cheat.

This doesn’t just mean in the bedroom, although that’s part of it.

Older women have had more time to figure out who they are and what they want in life.

This makes them wiser than younger girls just starting out in their careers and relationships.

They have been through ups and downs, as well as good times and bad times, so they have gained plenty of experience that younger women may not have yet encountered or may not know how to deal with yet.

Because they are more experienced in life, they can give advice on how to deal with different situations, which can be beneficial to a younger guy.

Many young girls are overcompensating for their lack of experience by acting like they know everything, which can make them be dramatic or play games, which guys don’t like.

A good sense of humor is one of the ingredients of a happy and successful relationship.

And while younger women can be fun and playful, they often take themselves too seriously.

A good sense of humor is attractive to guys of all ages, but it’s especially important to younger guys who are still trying to figure out their place in the world.

Older women tend to have a better sense of humor and don’t take themselves too seriously.

They’re able to laugh at themselves and don’t get offended easily.

This is refreshing for guys who are used to dealing with younger women who are always on edge.

They tend to be wiser than younger ones, which makes them much better at making decisions — including who they want to date.

They say you don’t choose older women; they choose you!

They’re less likely to play games or get wrapped up in drama.

They know how to handle their emotions and are usually more level-headed than younger women.

Guys find this appealing because it means they don’t have to worry about their older woman losing her cool over every little thing.

7. They Have Their Own Lives 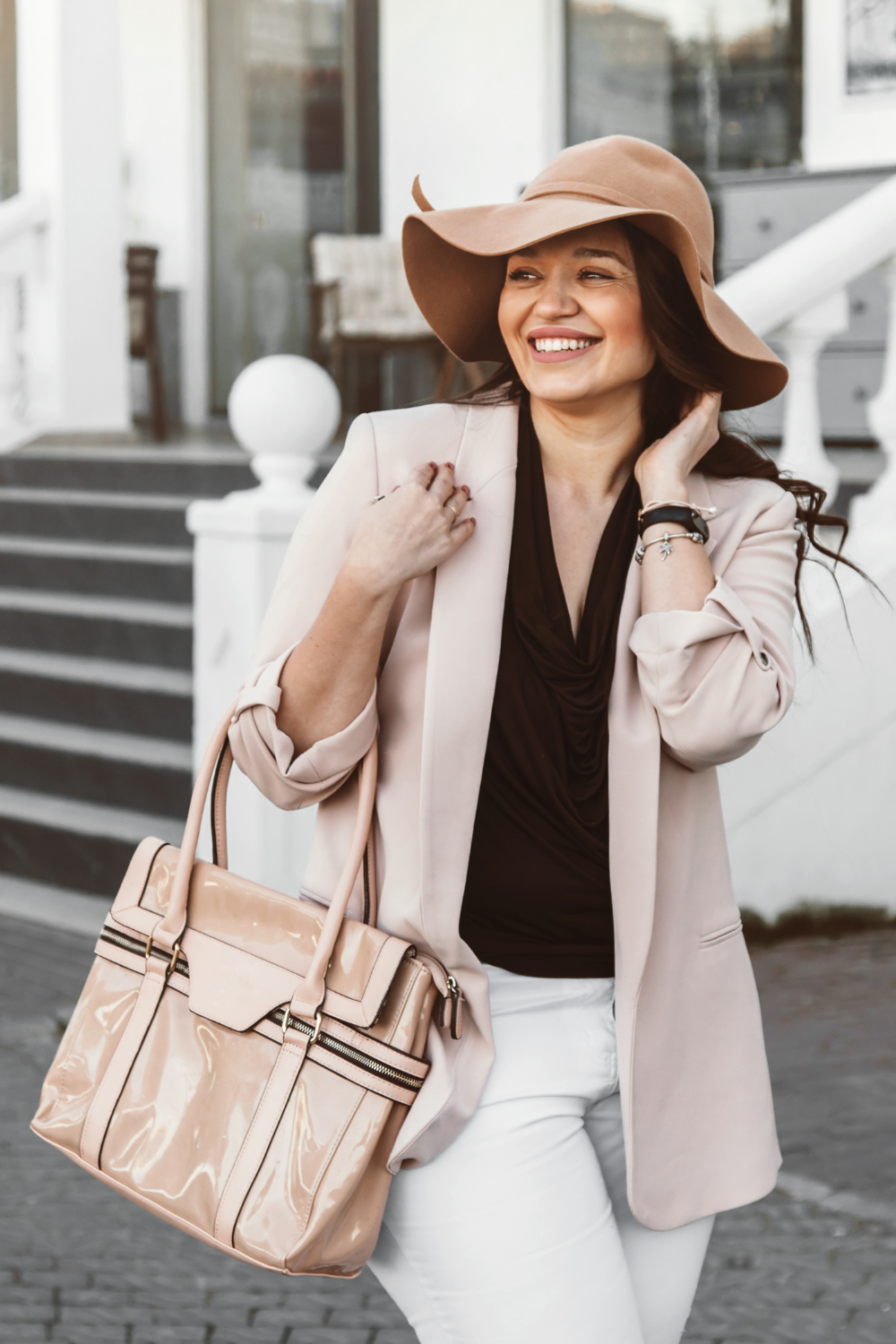 A major reason guys like older women is because they have their own lives.

They’re not looking for someone to take care of them or complete them.

They can do things on their own and don’t need a man to pay for everything all the time.

Because they’re self-sufficient and know how to take care of themselves, they are less needy than younger women.

Men who date younger women will often find themselves taking care of them financially.

So this independence is very attractive to many guys, especially younger guys who don’t have much to their name yet.

8. They’re Not Jealous or Possessive

Jealousy and possessiveness are two of the biggest relationship killers.

Fortunately, older women tend to be much less jealous and possessive than younger women.

They’re usually secure in themselves and their relationships, so they don’t need constant reassurance or feel the need to constantly check up on their guy or get jealous when he talks to other women.

9. They’re Generally More Intelligent and Articulate Than Their Younger Counterparts

Older women have had more time to grow and develop intellectually.

They have a lot of wisdom gained from their years on earth, so they’re generally more intelligent and articulate than younger women.

This is appealing to guys because it means they can have a stimulating conversation with their older woman without feeling like they’re being talked down to.

10. They’re Not Insecure About Their Age or Looks, So They Don’t Worry About What Others Think About Them or Their Bodies

Many younger women are insecure about their age and their looks.

They constantly worry about what other people think of them and often compare themselves unfavorably to younger, more attractive women.

This is a lot of pressure for guys and can be draining.

Older women are usually more confident in themselves and their bodies.

They don’t waste time worrying about what other people think of them because they know who they are and don’t need others’ approval or acceptance.

They have a sense of acceptance that many younger women lack due to their lack of experience in life.

This is a welcome change for men who are sick of worrying about their younger women’s insecurities.

11. Older Women Tend To Have Better Manners And Know How To Treat Their Men Right

Older women have had more time to learn how to treat their men right.

They know how to be respectful and loving without smothering their men or being too needy.

Many younger women haven’t had the time or opportunity to learn how to treat their men properly.

In terms of dating older women, this is a welcome shift.

12. Older Women Are More Likely To Be Willing To Try New Things In Bed 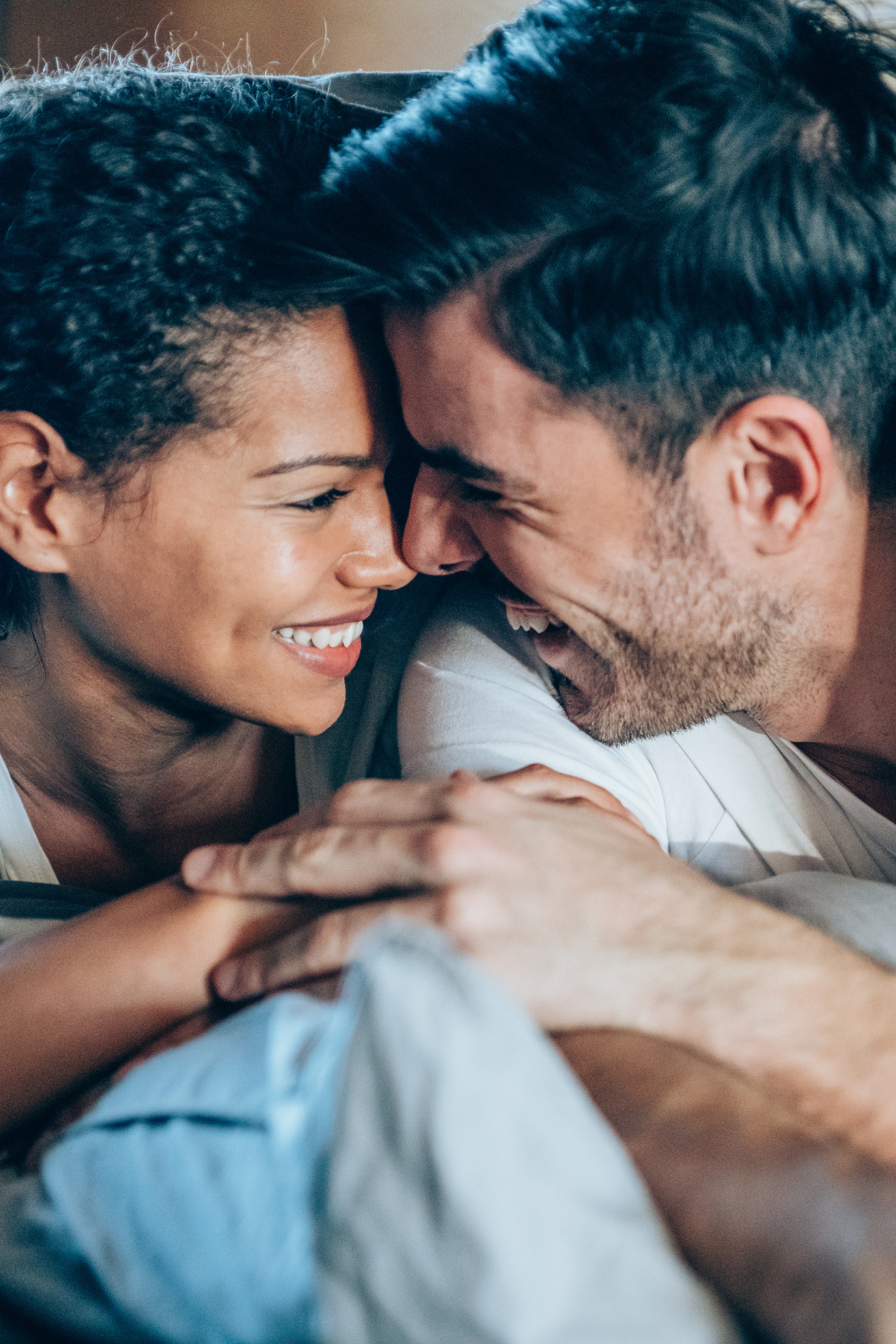 Older women are generally more open-minded than younger women and are more willing to try new things in bed.

This is because they’re not as bound by social norms and expectations.

They’re more comfortable in their skin and with their sexuality, so they’re more likely to be willing to experiment and try new things.

This is a major plus for guys who want to spice up their sex life and are looking for a woman who is game for anything.

13. They Take Care of Themselves Better Than Younger Girls And Have Better Fashion Sense 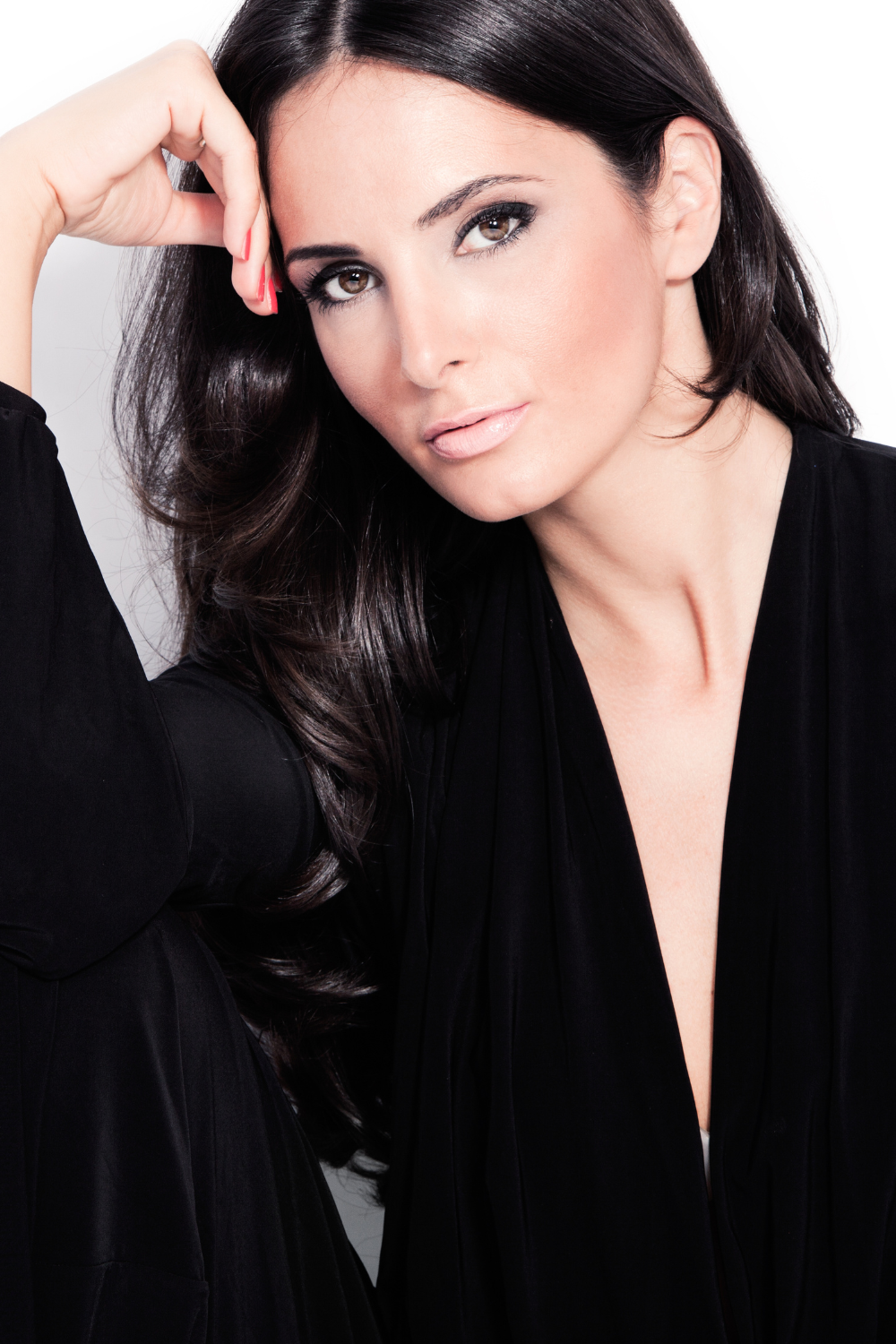 Older women have usually had more time to develop their personal style and fashion sense.

They tend to take better care of themselves than younger women and have a keener eye for what looks good on them.

This is attractive to guys because it means they can go out with a woman who is not only beautiful but also knows how to dress and take care of her appearance.

These reasons are why guys tend to be attracted to older women.

Older women offer a different type of beauty, intelligence, and experience that many men find appealing and refreshing.

This isn’t true for every older woman or every guy, but for those with these qualities, it is true. 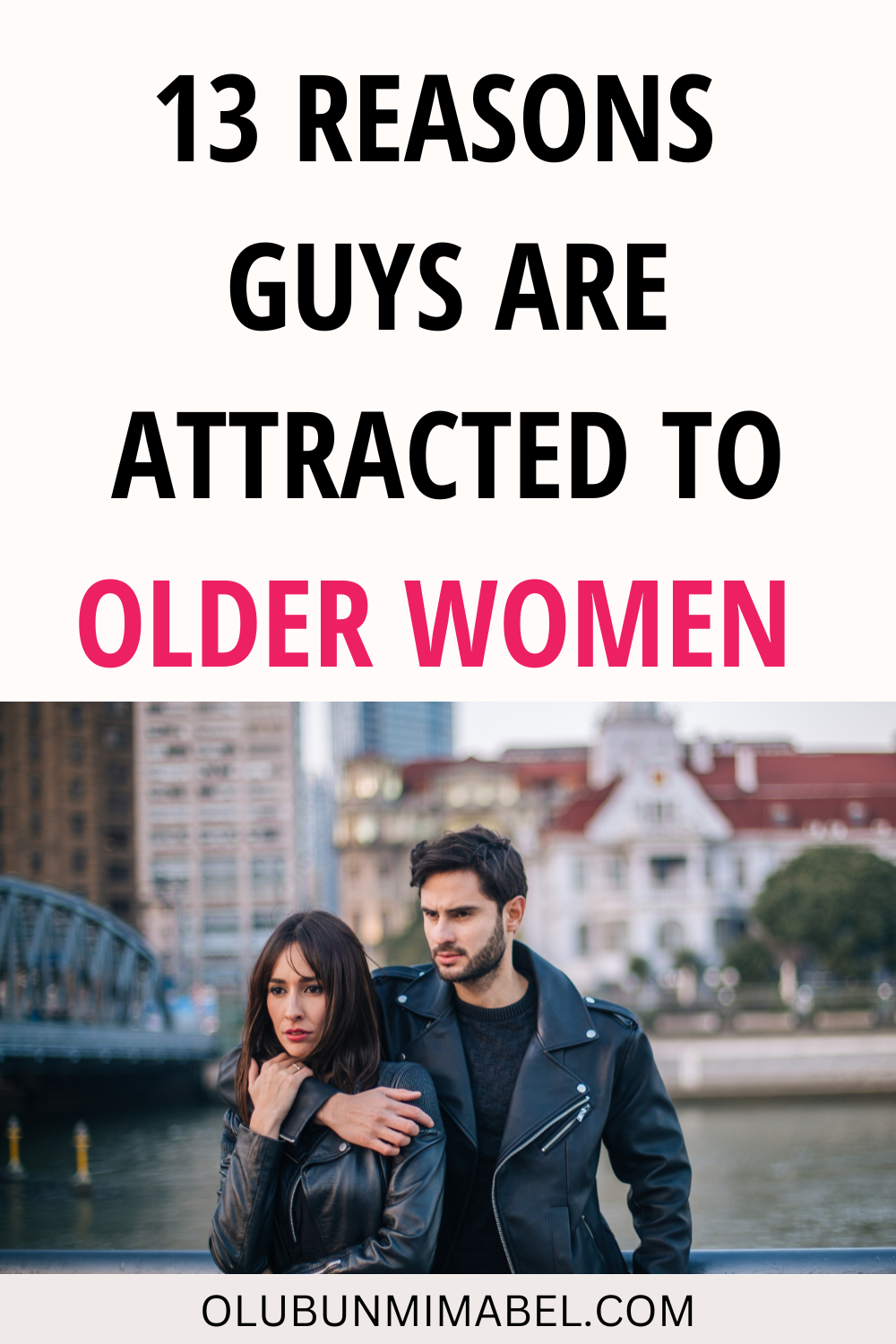