What are the obvious signs he is not single?

If you want to know how to spot a guy who is not single but is still desperately trying to get your attention, then this article is for you.

It talks about some clearest signs that a guy is not who he says he is to you.

There are a lot of guys who act that way with no justifiable reasons.

They meet you and try so hard to convince you that you’re the only lady they want and have eyes for when in the real world, they have wives and girlfriends in their lives.

It’s a disgusting behavior that has come to dwell among us, sadly.

Luckily for you (and very unluckily for them), we have uncovered some of their basic tricks and gimmicks to get unsuspecting ladies to fall head over heels for them.

So, before it gets too late, you’ll have saved yourself from the situation even before it begins.

Outlined below are some of the most obvious signs he is not single.

8 Obvious Signs He is Not Single

1. He wants both of you to go with the flow 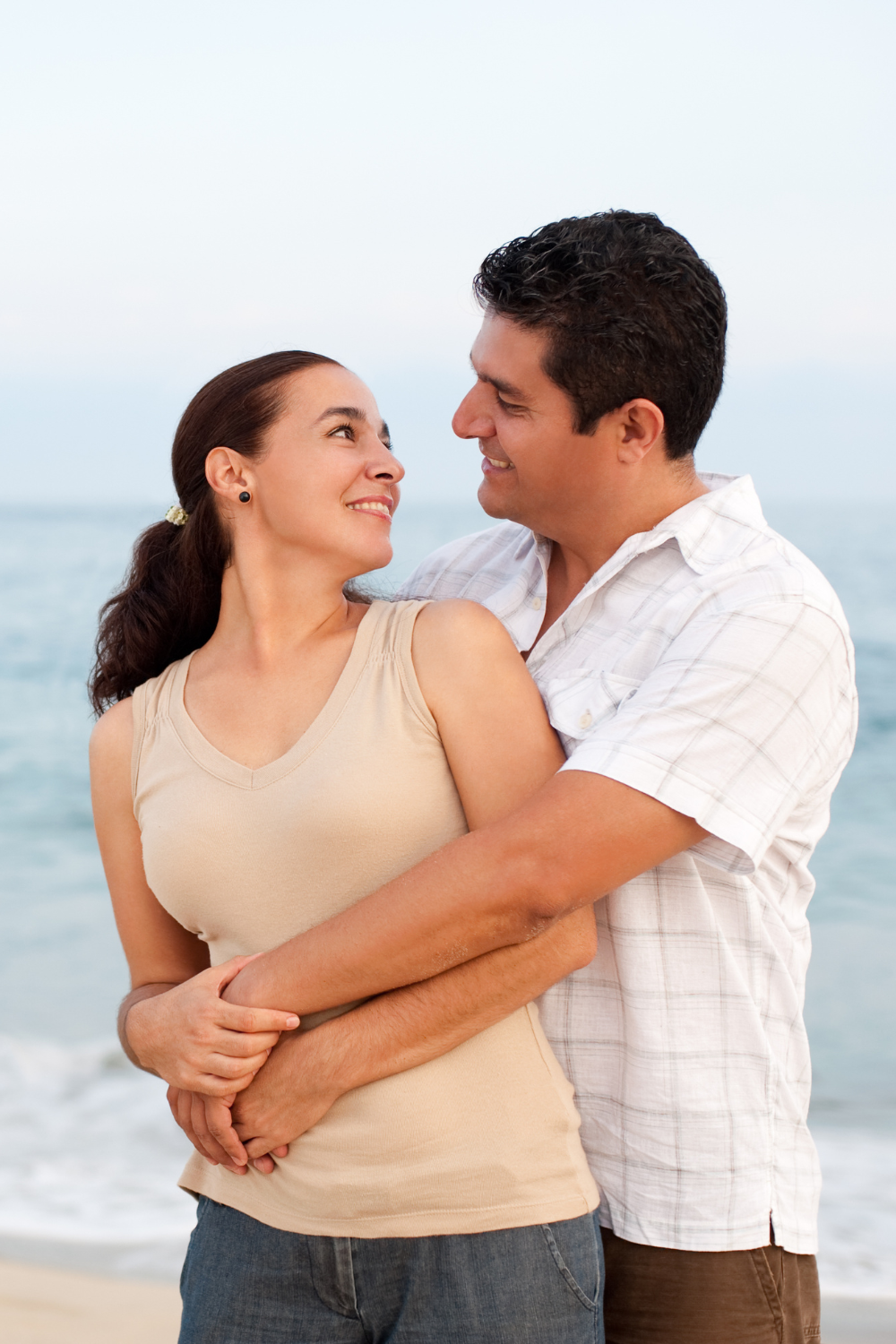 A guy who is not single will tell you that he wants to observe the situation between you and see what happens or where it’ll lead.

Meanwhile, you must have been seeing each other for weeks or even months, and your relationship is still undefined because he wants to see where it leads.

Although this is not a guarantee that he already has a girlfriend, he could be stalling on defining your relationship because he is in a relationship already.

So if you ever find yourself in this type of situation, don’t agree with him to go with the flow.

Insist on defining your relationship and setting boundaries.

If he feels that you’re going too fast when it’s been months since you both got together, it’s high time you realize that he’s only out to waste your time.

Extract yourself from the situation and move on with your life.

2. He is always calculated around you

One of the signs he is not single is if he claims he’s not a spontaneous individual.

You’ll notice that he’s never available when you suggest that you guys hang out and chill on days that are not your regular meeting days.

If you’re with a man who is taken already, you’ll have fixed days for the meeting, and he won’t agree to meet with you on days other than those because it’ll probably clash with the time he spends with his other partner.

He might say that he’s just being organized and is not a spontaneous person, but that’s not true.

No matter how organized anyone is, every healthy relationship needs spontaneity from time to time to spice things up.

So, don’t buy his excuses except you stay in different locations.

Once you’re both in the same location and still can’t meet up on short notice without a real excuse from him, you’re most likely a second fiddle.

He’s putting his life into compartments, so you won’t have complete access to him.

3. His favorite spots are outside of town 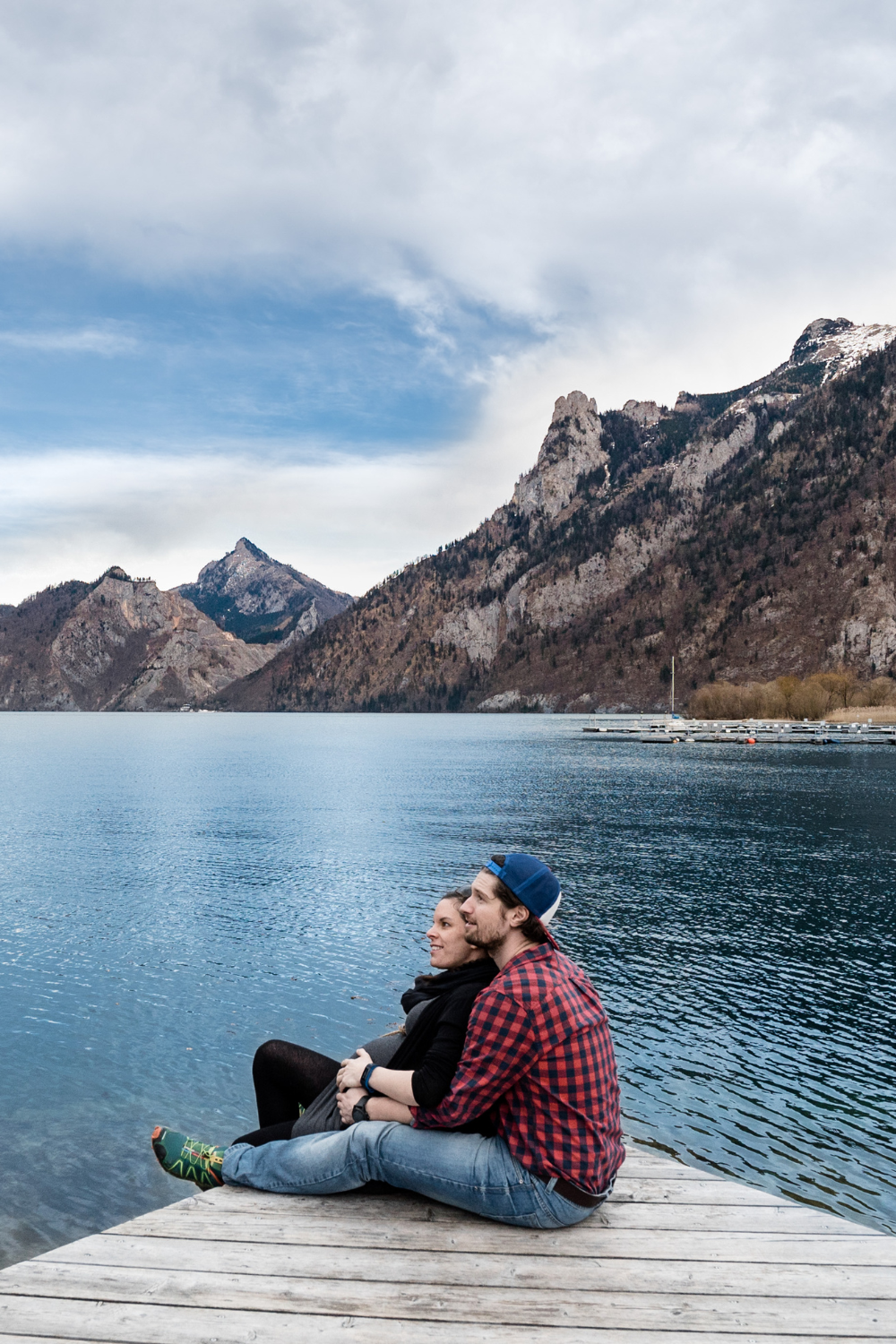 If you notice that he loves going outside town, it could be that he’s not single, as he might have told you.

Perhaps, he takes you to lunch, dinner dates, and other fun hangout spots but all of these locations are out of town.

Does it mean that there are no convenient locations in town where both of you can hang out?

Chances are high that he’s taking you out of town to places where he won’t bump into the other woman in his life, her friends, or anyone who knows them. 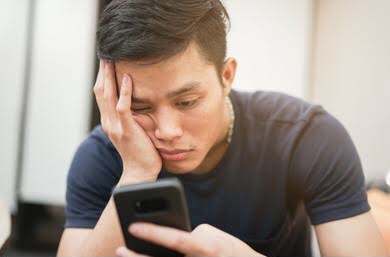 One of the signs he is not single is his acting like he hasn’t moved on and healed from his last breakup.

You might notice that he’s always close to tears whenever a conversation about his last breakup comes up.

He can’t stop going on and on about his ex-girlfriend, and it generally sounds like he needs some therapy to heal and move on.

Actions like this suggest that the breakup with his ex is still fresh and even more recent than you thought – like, the last week’s recent.

From the way he sounds, you’re not even sure that he and his ex have ended their relationship officially.

5. He doesn’t use his name when dealing with you 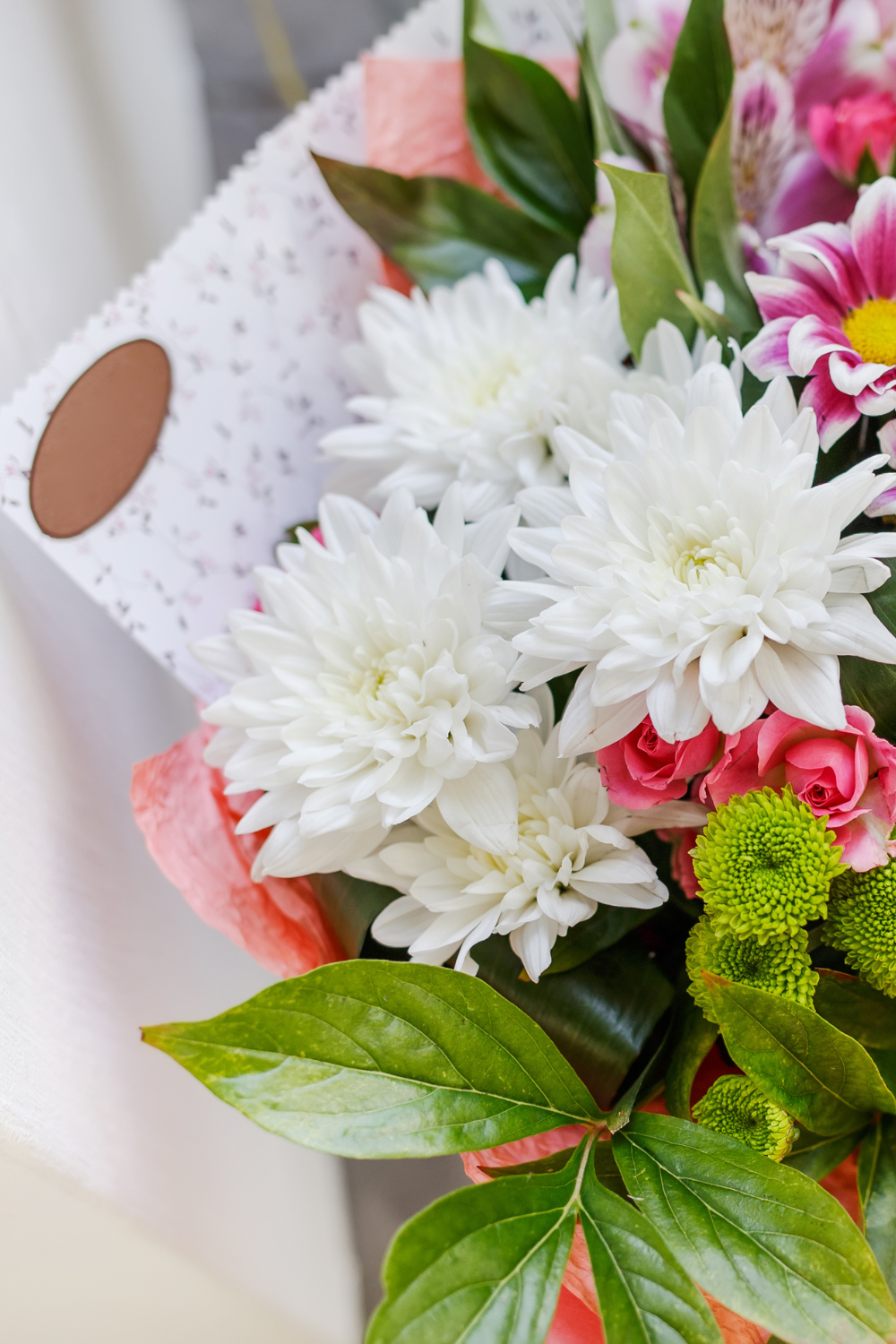 If your guy has never included his name whenever he’s with you, he’s likely not single.

For instance, he uses his initials on reservations, bookings, and receipts, and even when he gifts you things, there’s always an enclosed card where he signs his initials to let you know who the gift is coming from.

Since you guys got into a relationship, he has never used his name.

He does not want to leave traces of his cheating behavior, no matter how little.

He’s smart, and it’ll be hard to catch him.

There’s no way you’ll tender his initials on the gifts, receipts, or cards as proof of his cheating on his girlfriend when you finally meet her and prove that you’re the third wheel in the relationship.

6. His phone is unavailable whenever he’s with you

Here’s one of the most obvious signs he is not single – his phone is always unavailable whenever you are together.

Either his phone screen is always face down on the table or couch, or his phone will be on airplane mode.

The bottom line is that if you’re not always staring at the back of his phone and wondering what’s going on on the screen whenever you’re with him, it is either switched off or placed on airplane mode till the end of your meeting.

He’s afraid you may snoop on his calls or messages and is avoiding any chances that’ll lead to that.

Although one is permitted to be private even in a relationship, going to such lengths to protect their privacy indicates that something fishy is going on.

7. He prefers to stay at your house

Are you in a relationship where your man has said that he likes your house more than his and prefers both of you spend time at your place?

It is a warning sign that he may not be single.

Instead of taking you to his house after dates and hangouts, he always wants to take you to your house and hang out there.

You may not have even frequented his place as a result of this lame excuse of his.

It is one of the signs he is not single.

He avoids taking you to his house because his girlfriend may decide to visit at any time, and he doesn’t want her to bump into you.

8. He avoids your calls sometimes 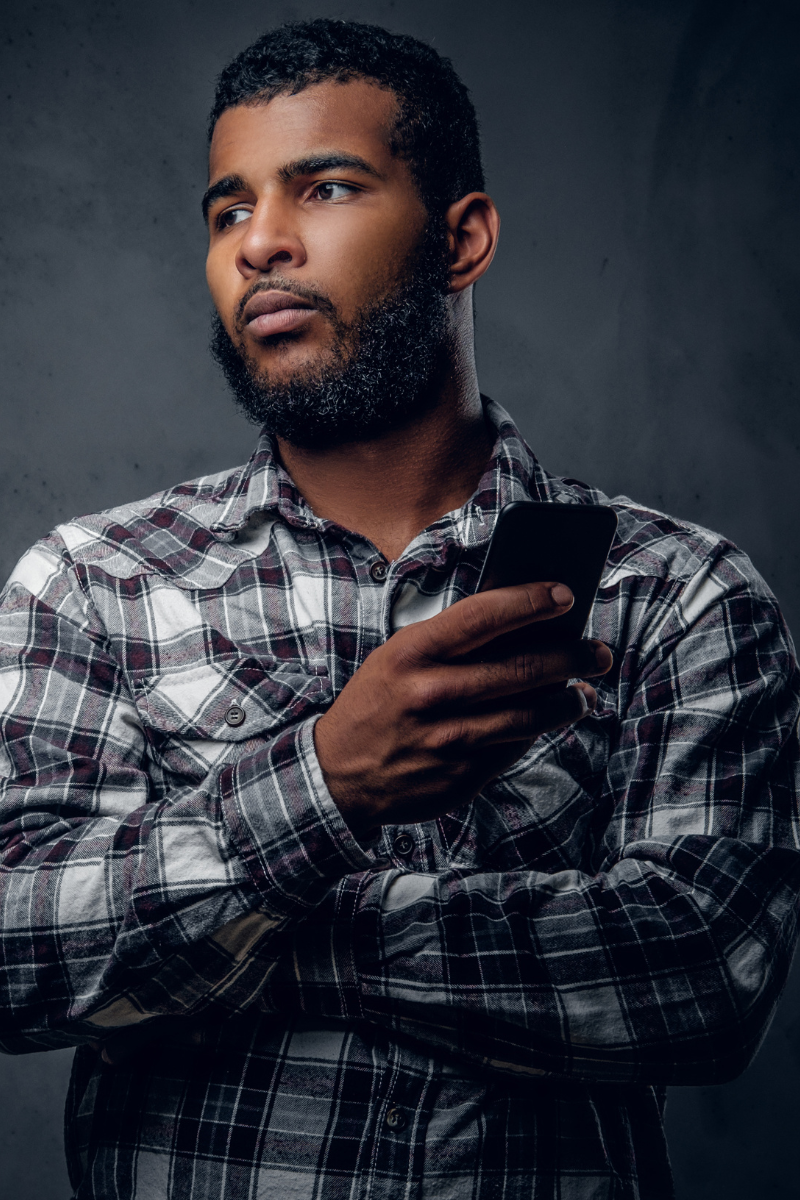 Have you noticed that when you try to call him sometimes and he’s clearly not busy, he doesn’t pick up his calls?

It’s time to let your curiosity get the better of you.

Check the trend and know when this happens – at specific times of the day or over the weekend.

It could be that he’s with the other woman and won’t want her to suspect anything from the tone of his call.

If you can relate to most of these signs, it’s likely you are dealing with a player who has multiple partners.

Don’t let yourself get played.

Be highly perceptive, and don’t let emotions cloud your judgment.

If you are bold, ask him if he’s indeed single as he claims.

Watch for his body language for signs that he’s lying.

No matter what he says, don’t ignore your instincts. 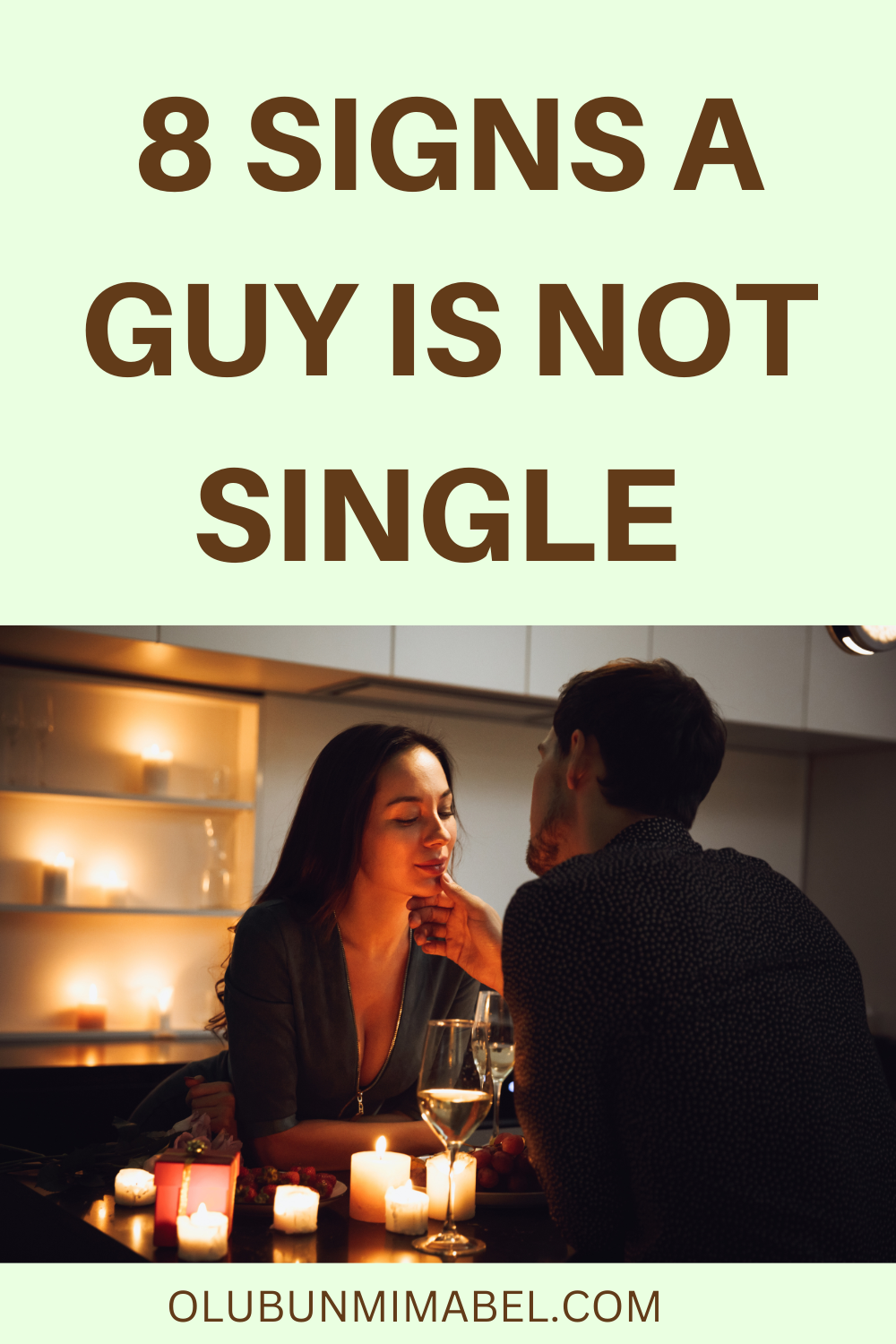