I wrote about 20 things smart women do not do in a relationship, and it’s one of the most-read posts on my blog.

I realize it only makes sense to also write about what smart women do in a relationship.

What do smart women do in a relationship?

Below are smart things smart women do in a relationship:

6 Things Smart Women Do in a Relationship

1. They bring something to the table

Smart women know that relationship is more than just feelings of attraction and affection, it’s also about adding value to each other.

As a matter of fact, real men don’t choose the women they want to spend the rest of their lives with simply because they’re in love.

They look for more. They want women who have something to bring to the table. Women who can add value to them in a way no other women can.

When a man understands the value of what you’re bringing to the table, he won’t want to let you go because he knows he’ll miss out.

In fact, if he lets you go, you know that it’s to his own disadvantage because you know what you’re bringing to the table.

This is why smart women are confident in love relationships because they know they are an asset and not a liability.

Again, what are you bringing to the table? What will you contribute to the relationship – financially, emotionally, personality-wise, goal achievement?

If you think it’s all about feelings and frequent business between the sheets, it’s just a matter of time, he’ll replace you with another woman who can give him more.

This is why you should constantly add value to yourself as a woman for YOURSELF, not because of a man.

Because men can come and go, but you’ll always have yourself.

A deal-breaker is anything that can make you call it quits in a relationship. It’s something so important to you that you cannot overlook.

Deal-breakers differ from person to person because we are different in personalities and in the things we can tolerate.

If you don’t have any deal-breaker or you don’t communicate your deal-breakers to your partner, that means he doesn’t know what you will tolerate or not, so he can do as he likes.

If he constantly breaks the deal, smart women do not hesitate to quit the relationship.

What are your deal-breakers? Do you have any?

You don’t need to have if you’re someone who can tolerate anything and everything.

But smart women do have deal-breakers.

3. They know what they want in a relationship

Smart women are not clueless as to what they want in a man and in a relationship.

Divorce Court has recently become my favourite show because I get to see the dynamics of relationships.

The program fascinates me because I write, talk, and counsel people, women especially, on relationship matters.

When some women are asked why they chose their partners, some are clueless, some say ‘he’s cute’ even though the guy is treating them in ways lesser than they deserve.

While I’m not judging anyone’s choice/decision, I think it’s important that women make choices that’ll add value to their lives and look out for things that really matter.

Smart women know what they want in a man and in a relationship, so they don’t just date every Tom, Dick, and Harry they meet.

The knowledge and understanding of what they want guides their choice.

4. They are emotionally secure

Also, because they’re confident in themselves and what they’re bringing to the table, they don’t feel undeserving of a man’s love, commitment, and loyalty.

They are not obsessed with being cheated on and even if they get cheated on, they know that it has nothing to do with them, it’s a man’s decision, and not because they are not enough.

No, smart women aren’t the prettiest or the richest, they don’t have it all. But despite this, they know they’re women of value who deserve everything good.

It’s scary the way some women stalk a guy, get possessive, fight with other women, just to make sure a guy is faithful to them.

Smart women don’t do all these. It’s not their responsibility to make a guy faithful to them.

While smart women could snoop on their men if they suspect any foul play, they don’t let it consume them.

And if they find anything convincing, they’re not afraid to show a guy the way out.

I talk a lot about this in many of my articles because it’s just too important to be ignored.

Yes, love is sweet and beautiful. We are made for connection and intimacy and it’s awesome to find someone you can do life with.

However, there’s more to life than this.

Love is finding that person you walk the journey of life with, but do you even understand your journey?

Are you living? I don’t mean existing, but living.

Do you have a dream, passion, goal, a sense of purpose, anything that makes your life worth living?

In an episode of Divorce Court that I watched, this young, promising, pretty lady meets a guy, quits her school and dedicates her life to this guy, ignoring her own pursuits.

They get married, have two kids, and start to have issues.

Every marriage has issues, I get it.

What I don’t get is why she has to quit school just because she’s in love.

Falling in love doesn’t mean you can’t have a life, pursue your dreams and be the person you desire to be.

What exactly will you be doing with your life aside from having a man?

I’m not saying every woman must be ambitious.

Some women’s dream is to be a stay-at-home mom, have a beautiful family and raise happy kids.

However, you have to do it in a way that brings you fulfilment and not choke your family with your presence and attention.

If you don’t have other things that you pour your passion, energy, and attention on, it’s just a matter of time, you’ll get bored.

Even your man will get bored of you because you’re always in his face.

You’ve got to get a life. Live passionately and intentionally.

6. Smart women determine the course of a relationship

While smart women are not desperate to be married, they don’t leave a man to determine the course of their relationship as well.

A very common occurrence I see on Divorce Court is women dragging the men to the court because they refuse to propose to them even after years of living together and having kids together.

Why will he propose when you’ve given him all the benefits he’s supposed to enjoy in marriage?

You cook, clean, live together, sleep together and even have his babies!

Why exactly will he propose to you when you’ve given all?

If you’re good enough to do all these things for him and with him, then you’re good to be his wife!

Unfortunately, most of these women can’t move on with their lives even when not proposed to because they’re stuck with the men. They have their kids.

It’s easier to move on with your life if you don’t have a human life connecting you two together.

Smart women will not allow themselves to be strung along and be at the mercy of a man, so they don’t get stuck.

They don’t offer wife benefits at girlfriend price except of course that’s what they want.

You know, it hurts me when women get hurt in relationships. This is why we need to keep encouraging each other to be strong women and also admonish one another to make decisions that are best for us. 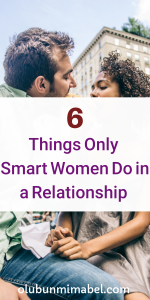 Very well said. I agree. Totally. I’m working on my own life. Right now I’m hoping to regain. Myself. N be the person I once was