”My boyfriend is always on his phone! He is on it most of the time, even when we’re spending time together. He will get off of it to talk to me or do something with me and then go right back on it. I’ve tried talking to him about it, but he just says that he likes to be on his phone. I don’t know how to handle this situation because I feel like I’m being ignored.”

Can you relate to the above?

If you can, then you’ll realize how frustrating it is for your boyfriend to always be on his phone especially when you are together.

You are supposed to be spending time together but he’s sharing his attention between you and his device, and it’s not only disrespectful but annoying.

In this era of smartphones and internet connectivity, it’s no surprise that a lot of people are addicted to their phones.

If your boyfriend is always on his phone, try the following tips:

”My boyfriend Is Always on His Phone”: 12 Things To Do

The first step is to try and find out the reason why your boyfriend is always on his phone.

Ask him what he’s doing.

He may be replying to texts or emails, or he may be playing games or watching videos.

He may also be addicted to social media or just used to being connected to the internet all the time.

If you know what he’s doing, you can make a more informed decision about the issue at hand. 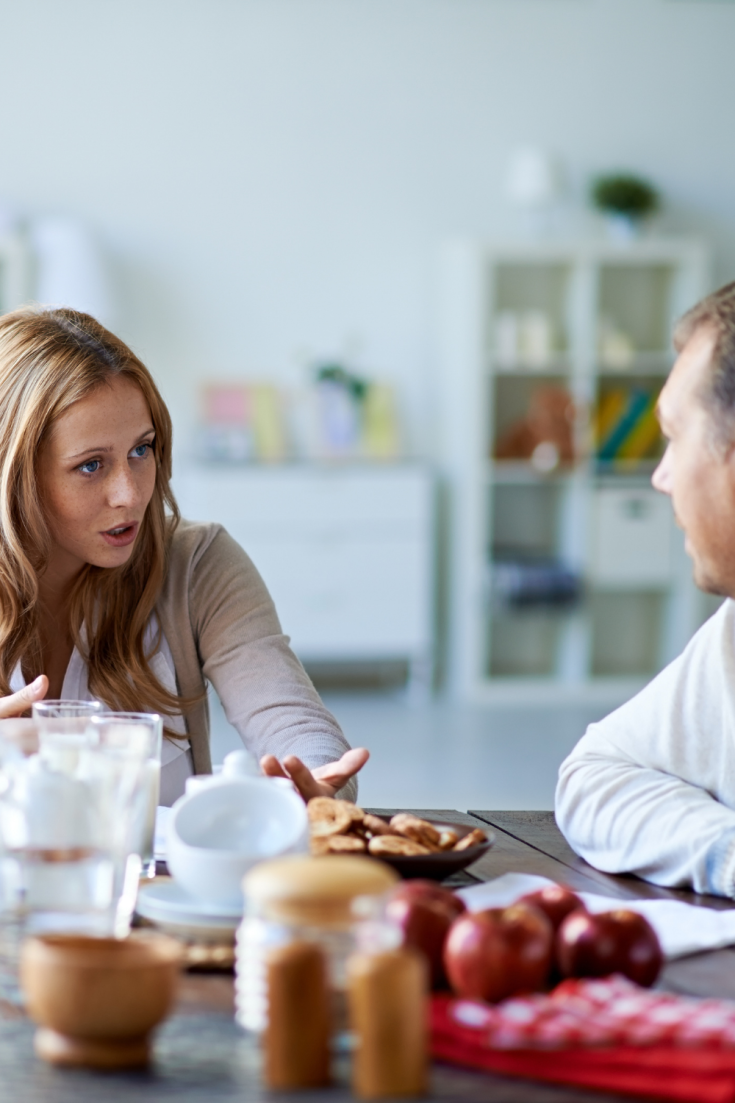 After you’ve figured out why he’s always on his phone, the next step is to talk to him about it.

Explain to him how you feel and how much you miss spending time together and how important you think it is that he put down the phone when he’s with you.

See if he’s willing to make a change and if he is, great!

If not, then you’ll have to figure out what to do next.

3. Ask him if he’d rather be somewhere else 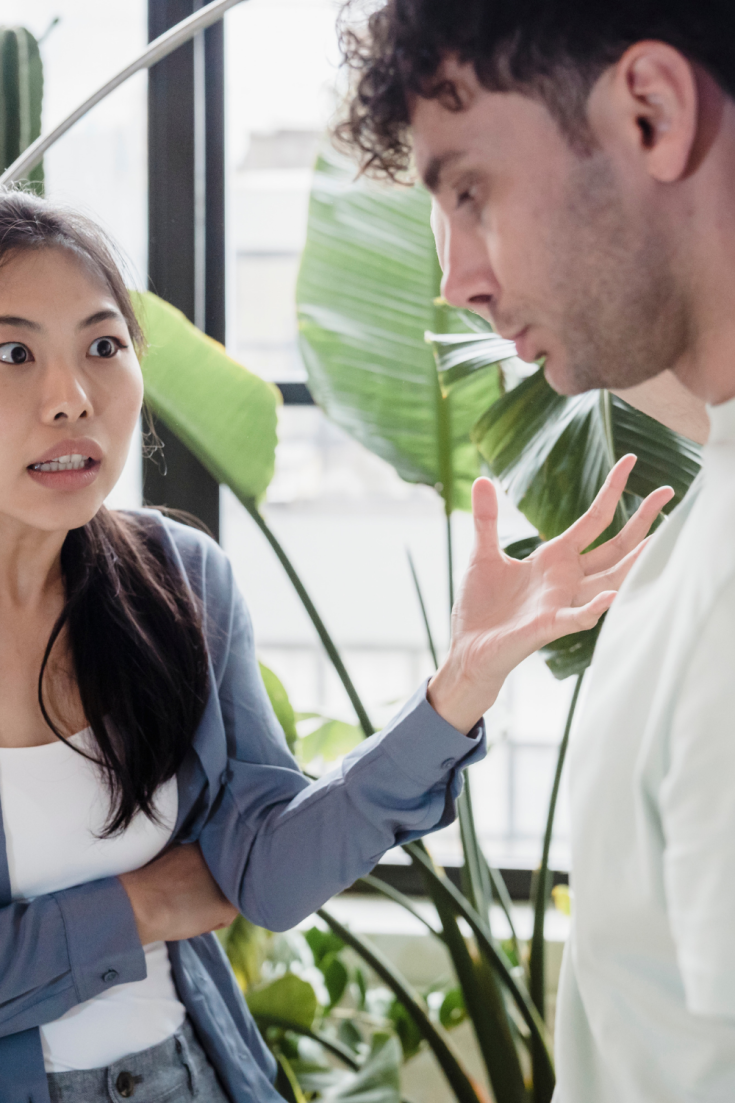 If your boyfriend is always on his phone, even when you’re spending time together, it might be because he’d rather be somewhere else.

Ask him if he’s bored or if he would rather be doing something else.

If he says yes, then ask him what he’d like to do.

This way, you can try to do something that he actually enjoys and maybe he’ll put his phone away.

4. Do a digital detox together 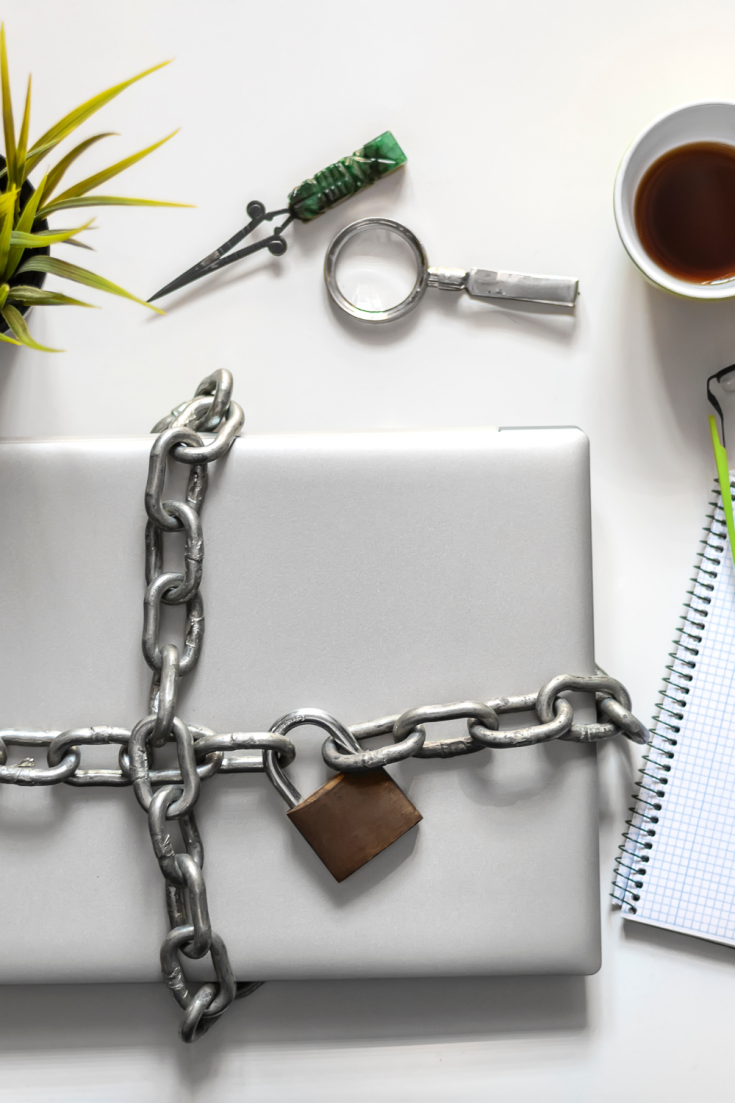 If your boyfriend is always on his phone and you can’t get him to stop, then a good solution is to do a digital detox together.

This means that you both agree to not use your phones for a certain period of time, like a day or a week.

See how it goes and maybe it’ll help him break his phone addiction.

5. Set up rules for when you spend time together

If you can’t get your boyfriend to stop being on his phone, then you might have to set up some rules.

For example, you can agree that he can only use his phone for a certain amount of time when you’re together or that he has to put it away during certain activities.

Agree on something that works for both of you and stick to it.

6. Suggest to him a new hobby 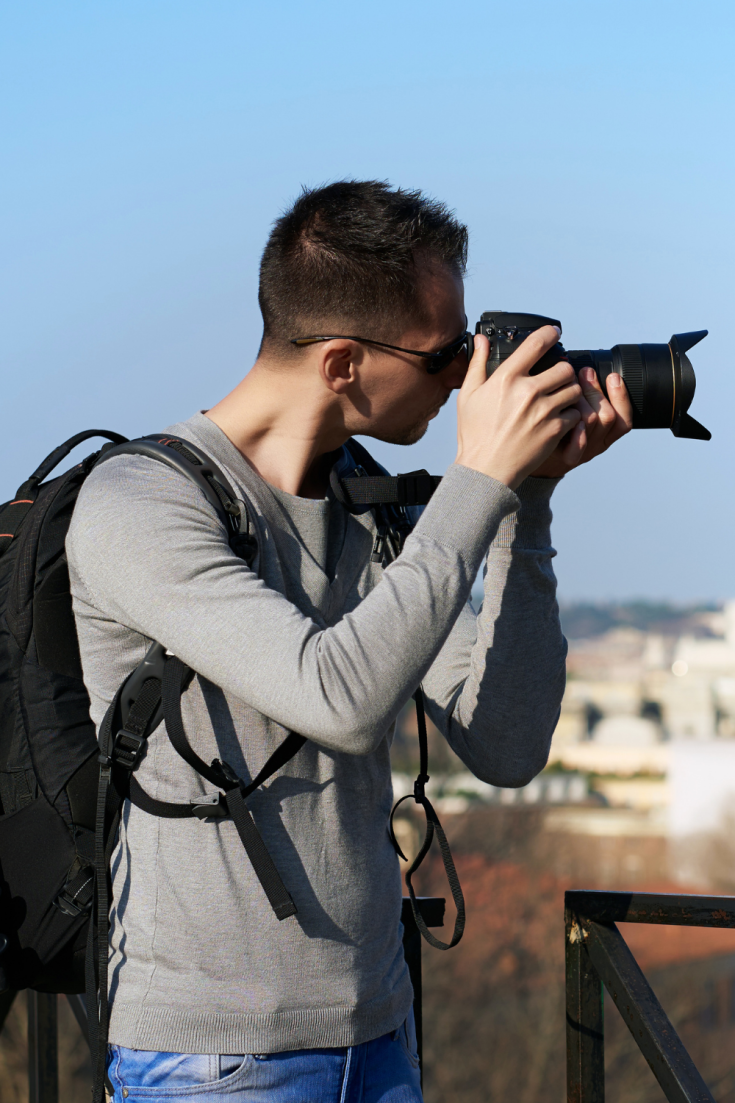 If your boyfriend is always on his phone because he’s bored, you can help him to get him a new hobby.

There are many hobbies that can take up his time and keep him occupied.

For example, he can try gardening, hiking, photography, biking, or even just playing video games.

These activities will keep him busy and away from his phone.

Moreover, they can also be very therapeutic and relaxing.

So, if he enjoys spending time on his phone, suggest to him that he try out a new hobby.

This way, he can still enjoy his phone time while also getting some much-needed fresh air and exercise.

7. Cut down on screen time together 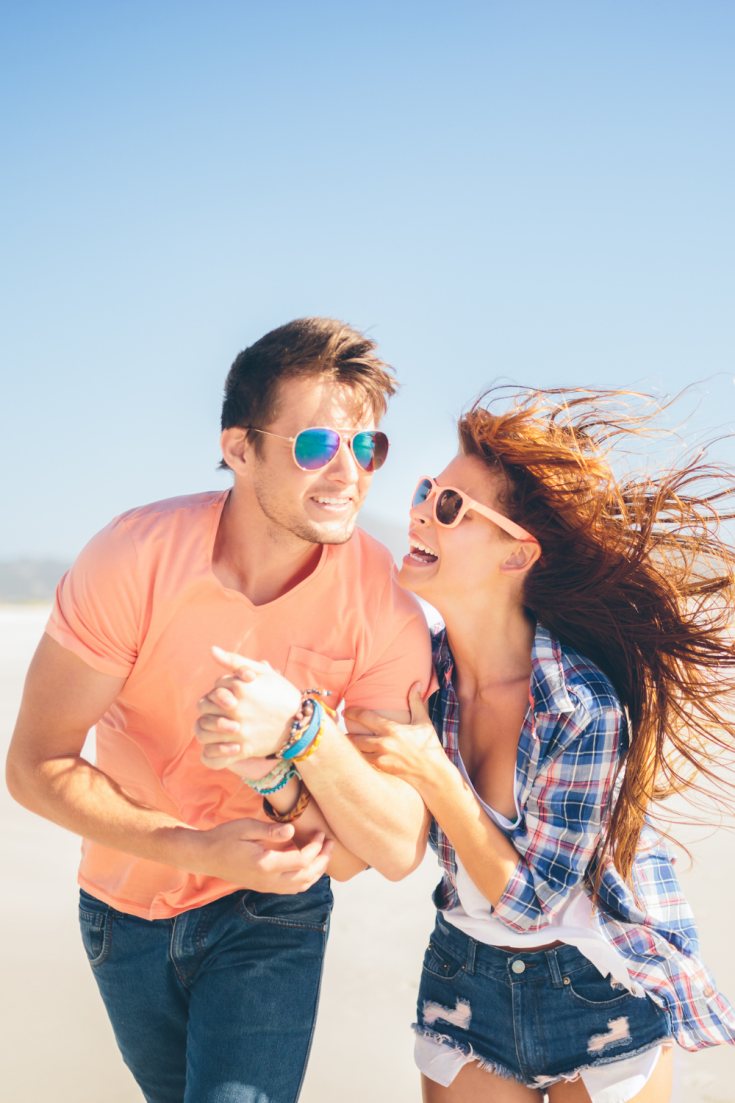 If you’re spending your time together watching TV or looking at Instagram accounts instead of talking or playing games together, this could be contributing to your boyfriend’s phone obsession.

Take some time away from screens so you can really connect with each other again.

8. Give him a taste of his own medicine 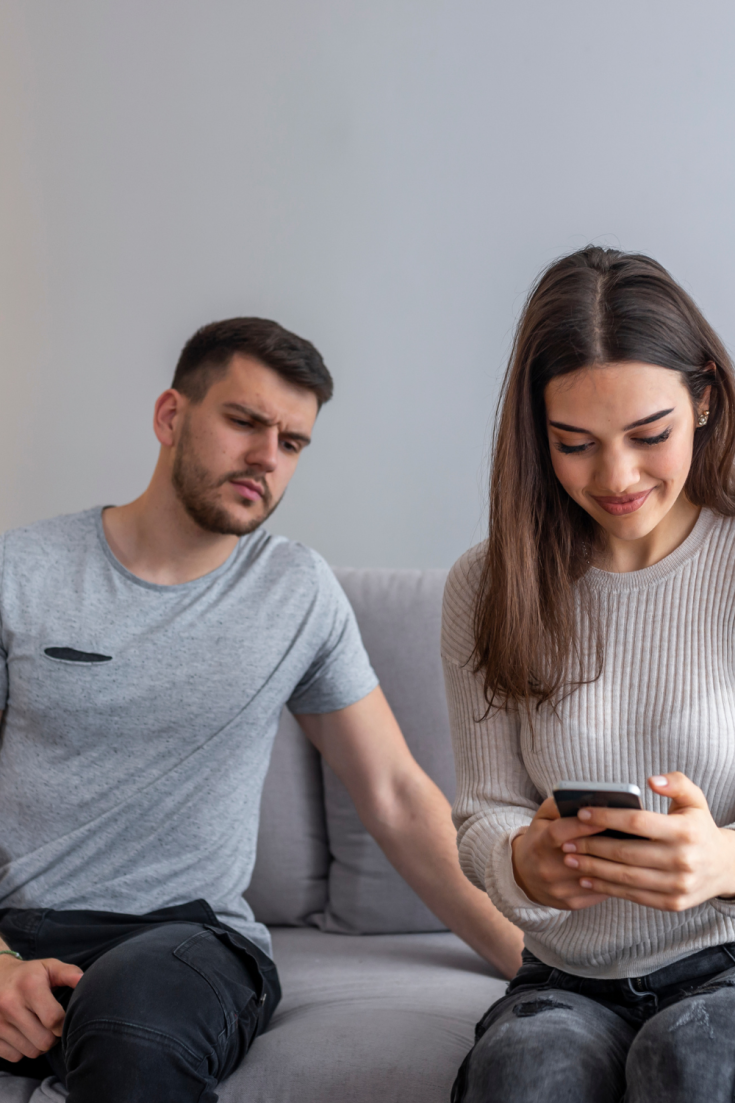 Now, I love this one because it’s something I can do.

If your boyfriend is always on his phone, then give him a taste of his own medicine.

Be on your phone when he’s trying to talk to you or when you’re spending time together.

See how he likes it and maybe he’ll start to get the message that it’s not okay to always be on his phone.

9. Ignore him when he’s on his phone

You can also ignore him when he’s on his phone.

He’ll feel like you’re not interested in what he’s doing and that you don’t care about him.

And the more you ignore him, the more frustrated he’ll become.

Eventually, he’ll put down his phone and give you his full attention.

And when he does, you can have a real conversation with him.

Not only that, but you’ll also be sending a clear message that you’re not going to tolerate being ignored. 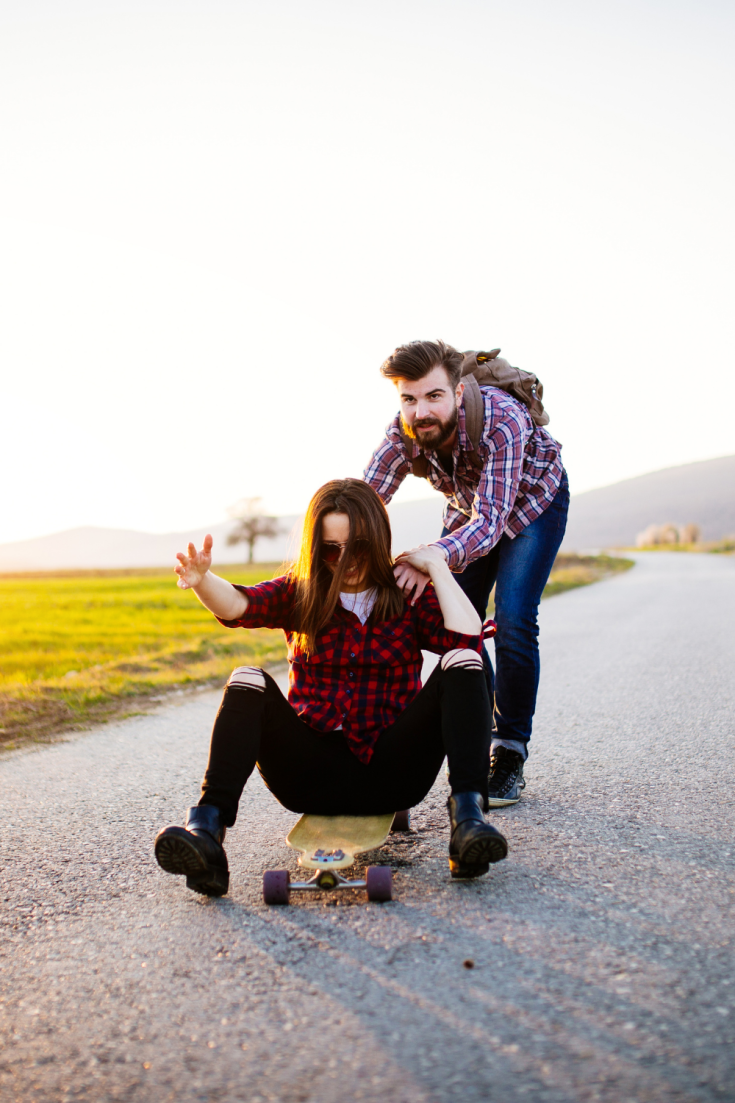 Make an effort to get off the couch and out of the house more often.

If you’re at home all day long, it’s easy to get into a rut where you just sit around and scroll through Instagram.

But if you make an effort to go outside more often, then it’ll be easier for both of you to drop the phones and enjoy each other’s company.

11. Get involved in each other’s interests 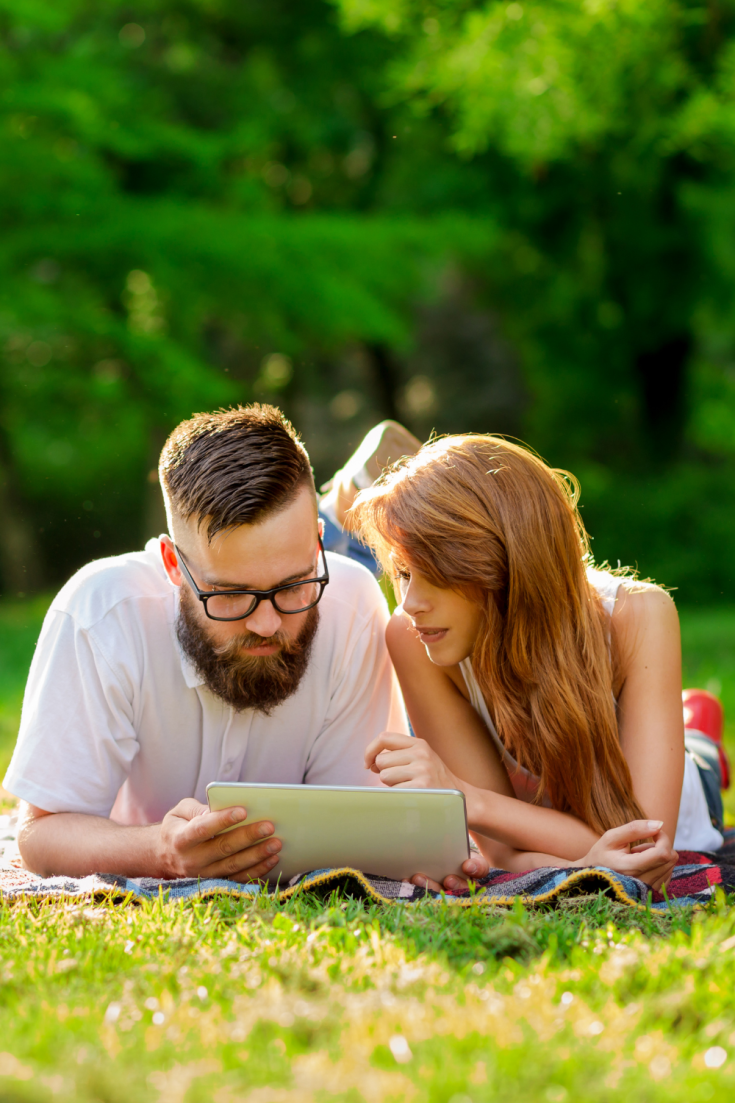 Try to spend more time together doing things that you both enjoy.

By getting involved in each other’s interests, you can stay connected to each other and avoid feeling like his phone is more important than you are.

You can’t expect him to be completely disconnected from his phone all the time.

So, sometimes, instead of getting angry at him, give him some space to enjoy his phone and do something else with your time.

Another part of giving him space is to turn down his invitation to hang out.

Tell him there’s no point seeing each other when all he’d do is stay on his phone.

So, let him stay back in his house and enjoy his phone.

Maybe he’ll get the memo and change his ways.

Try these tips and see if things will change.

If nothing changes, you might need a stricter solution such as giving him an ultimatum.

What’s the point of being with someone who doesn’t respect you or your time enough to pay attention to you? 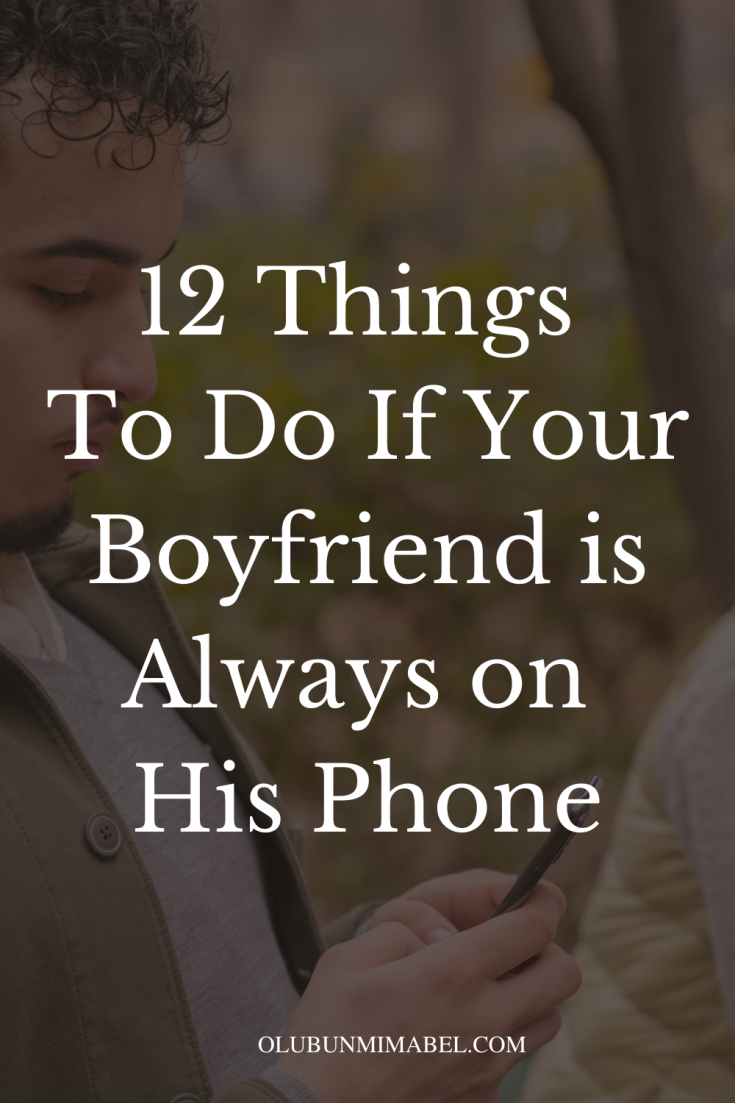